The Case for and Against Investing in Emerging Markets Now

The Case for and Against Investing in Emerging Markets Now

Economic growth is expected to be relatively strong. But these stocks also carry risks. 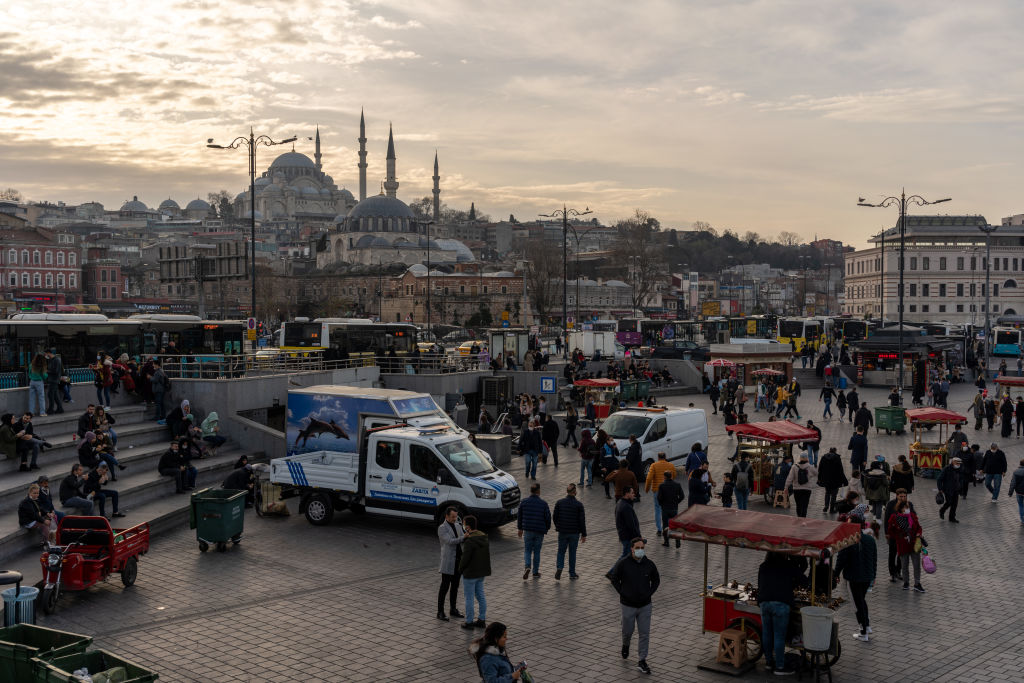 Emerging markets stocks have outpaced developed-market shares over the past 12 months, making them a tempting investment option. So is now a good time to take the plunge, or should investors stay away?

On the plus side, economic growth in emerging markets is expected to surpass growth in developed markets in the next few years. And emerging-markets stocks can be useful to U.S. investors for diversifying a portfolio, since they don’t move in lockstep with U.S. shares.

But emerging-markets shares come with higher volatility than developed-market stocks and an array of risks, including political risk, currency risk, liquidity risk—and economic risk, despite the rosy projections. And investors can get exposure to emerging markets more safely with a portfolio of U.S. stocks that includes companies doing business in those markets.

With that in mind, here’s a closer look at the cases for and against investing in emerging markets now.

The biggest advantage of emerging markets today is their potential for stronger economic growth than advanced economies, investment pros say.

“About 90% of the world’s population under 30 lives in emerging markets,” says Michael Sheldon, chief investment officer at RDM Financial Group, Hightower, a wealth-management firm in Westport, Conn. “This may lead to stronger labor-market growth, increased productivity and stronger GDP and corporate profits over time.”

The International Monetary Fund forecasts average annual GDP growth of 5.5% for emerging markets in 2021-23, compared with 3.5% for advanced economies.

While investors can gain exposure to emerging markets through stocks of U.S. companies that earn revenue from those markets, those stocks won’t give investors the full diversification benefit, Prof. Prasad says.

Inflation is less of a problem in most major emerging markets today than it has been at times in the past. Also, emerging-markets countries’ external deficits generally have narrowed, or totally reversed in some cases. “This should give emerging-market central banks more flexibility to absorb external shocks and deal with post-pandemic inflationary pressures, allowing them to tighten monetary policy without slowing growth momentum too much,” Mr. Koenigsberger says.

Emerging-markets stocks are more volatile than those in advanced economies. The MSCI Emerging Markets Index had a standard deviation of 18 over the past 10 years, compared with 14 for the MSCI World Index of developed markets, according to Morningstar. Standard deviation measures volatility, with a higher number representing more volatility.

The factors behind that higher volatility in emerging markets include political risk, economic risk, currency risk and liquidity risk.

And while emerging-markets economies generally have been on a sharp uptrend for years, some also have experienced serious downturns. Russia’s economy, for instance, shrank 2% in 2015, compared with 2.9% growth for the U.S. that year.

Emerging-markets currencies are a double-edged sword, providing diversification but also volatility. “When you try repatriating your investment, everything may be going wrong at the same time,” with the emerging market’s economy, financial markets and currency dropping together, Prof. Prasad says.

A declining emerging-market currency makes an investment less valuable when converted into dollars. And emerging-markets currencies aren’t only vulnerable to trouble in their own country—they also tend to decline against the dollar when the U.S. currency is gaining against other developed-market currencies like the euro or yen, regardless of what’s happening in emerging markets.

Meanwhile, market liquidity isn’t as deep in emerging markets as in advanced ones. “There’s always a risk with emerging markets: It’s easy to bring money in, but not always to take it out,” Prof. Prasad says.

On the bond side, corporate debt outstanding has soared 400% in emerging markets since 2010, Mr. Koenigsberger says. So, plenty of securities are available. But liquidity isn’t just about supply. “Due to fewer banks and smaller market-making operations at those banks, there is insufficient liquidity when investors look to exit the market” in many cases, he says.

Another issue for bond investors: “There are a handful of emerging-market countries—South Africa, Turkey and Brazil, for example—that face high debt levels and large current-account imbalances,” Mr. Sheldon says. These countries are vulnerable to capital flight, which could trigger a plunge in bond prices.

One negative factor for emerging markets in the near term is that countries such as India and Brazil are having trouble dealing with Covid-19. That will likely weigh on emerging-markets stocks this year, Mr. Ahamed says.

For those who want to jump into emerging markets, what’s the best way? Mutual funds and exchange-traded funds will suit most investors better than individual stocks and bonds, because researching and trading individual securities in these markets is often difficult.

When it comes to the question of actively managed funds versus passive index funds, “you can make an argument for active management to provide some downside protection,” Mr. Ahamed says. “But an ETF gives you very broad-based exposure in a way that’s generally cost effective, with lower fees.” Most ETFs passively track a market index.

For bond funds, actively managed is the way to go, Mr. Koenigsberger says. The growth of emerging-markets debt amid continuing economic challenges in many countries puts a premium on active management to sort out the winners, he says. Emerging-markets bond indexes tracked by passive funds are usually weighted by market capitalization, so the most heavily indebted issuers have higher weightings. “Emerging-market debt isn’t an asset class that is suitable for index funds,” Mr. Koenigsberger says.