How to Understand The Small-Stock Rally

How to Understand The Small-Stock Rally

Small-caps are drubbing large ones this year. What does it mean for what’s ahead? 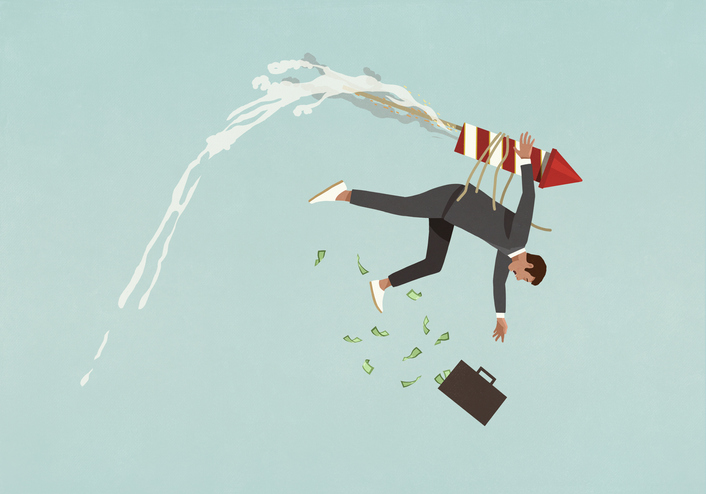 Small stocks so far this year have beaten their large-capitalisation brethren by a wider margin than they have in more than two decades, raising questions about what is driving the outperformance and what it means for the overall market ahead.

The year-to-date return for small-caps through the end of February was a remarkable 25 percentage points greater than that of large-caps (as measured by the 20% of stocks with the smallest market caps vs. the comparative quintile of the largest). While it isn’t unexpected for small-cap portfolios to beat large-caps over time—a long-term tendency that Wall Street analysts refer to as the “size effect”—what is unusual is the magnitude of the outperformance. It has averaged just 0.9 percentage point over all two-month periods since 1926, according to data from Dartmouth professor Ken French.

You have to go back to January and February of 2000, at the top of the internet-stock bubble on Wall Street, to find a two-month stretch in which the small-caps beat the large-caps by more. Their margin of outperformance over those two months was 41 percentage points.

Any parallel to the top of the internet-stock bubble is ominous, to be sure. But there are several idiosyncrasies to small-caps’ recent performance that stand in the way of drawing any straightforward analogies to the frenzy in small stocks that heralded the 2000 tech-stock crash.

Indeed, according to several researchers, small-caps’ recent strength may actually be something else in disguise—that is, it may have to do with factors other than just size, such as the battle between growth and value stocks.

That doesn’t mean there is nothing to worry about in this bull market, where valuations are stretched thin for many stocks. But it does mean that investors who are focused solely on the small-cap/large-cap divergence could be missing the bigger picture.

One distinction that is crucial for understanding the relative strength of small-caps this year has to do with where small- and large-cap stocks lie on the growth-versus-value spectrum. Small-cap stocks currently are far closer to the value end of the spectrum than large-caps, meaning they are trading for lower prices relative to their net worth.

These are significant differences, according to Kent Daniel, a finance professor at Columbia University and a former co-chief investment officer at Goldman Sachs. He says that, on average, small-cap growth stocks tend to underperform the market, while small-cap value stocks tend to outperform. Since 1926, he says, the smallest-cap stocks closest to the growth end of the spectrum have lost 3.3% annualized, while the smallest most value-oriented stocks have gained 13.3% annualized.

This pattern has been especially strong in recent months, making it difficult to determine what accounts for small-caps’ relative strength this year. But Prof. Daniel says there is the distinct possibility that it is really a “value effect masquerading as a size effect.” If so, a bet on small-cap relative strength continuing is really a bet that value will outperform growth.

That bet may pay off in coming months, he says, and value could continue to outperform growth for many years. But he also says that value stocks have lagged behind growth stocks for at least a decade now, and while there have been numerous predictions of a value resurgence over that time, it hasn’t happened—at least not yet.

The benchmark indexes for small-caps and large-caps have different sector weightings, which also makes it difficult to gauge whether the recent relative strength of small-caps is actually due to company size.

Consider the information-technology sector. The ETF benchmarked to the largest 50 stocks currently has a 38.6% weighting to this sector, more than three times the 12.7% weighting of the Russell Microcap Index.

Conversely, the microcap index has more than 10 times the weighting of the largest-50-stock ETF to the industrials sector (11.7% versus 0.8%) and more than double the allocation to the financials sector (17.6% to 7.1%).

These differences are a big part of small-caps’ year-to-date performance, since industrials and financials have each outperformed the information-technology sector. It was just the opposite for calendar 2020, and sure enough, the smallest stocks lagged behind the largest last year.

Until there are small-cap and large-cap benchmarks with the same sector weightings—Prof. Daniel says he is unaware of any currently—it will be difficult to determine what is driving small stocks’ relative strength. If it is being caused by differences in sector weightings, however, it is likely to persist only if the sectors in which the small-caps are overweight continue outperforming.

3. Is the small-cap effect real?

This discussion also points to a more fundamental question that many researchers have been asking in recent years: Does the small-cap effect even exist, in and of itself? That is, do smaller firms really have higher returns than larger firms, on average, over long periods?

Andrea Frazzini, a principal at AQR Capital Management and an adjunct professor of finance at New York University, has concluded that it exists only among a very narrow group of stocks. He says that some of the relative strength of small-caps in recent months traces to speculative fervour for stocks outside that narrow group, making it risky to bet that it will continue.

According to his research, small-caps are a good bet to outperform the large-caps only if you limit your focus to companies with high financial quality. By financial quality he means firms that are profitable, have robust profit growth and a stable earnings stream and a high dividend-payout policy, among other characteristics. Many of the small companies that have performed the best so far this year don’t qualify.

Companies that have been bid higher in recent weeks through social-media investor campaigns—such as GameStop and AMC Entertainment—are two obvious examples, but they are hardly alone in not qualifying for Prof. Frazzini’s high-quality category. Nearly half of the 2,000 companies in the Russell 2000 small-stock index, for example, lost money in 2020.

Prof. Frazzini’s research therefore suggests that, if you want to bet on a continuation of recent small-cap relative strength, you should focus on small stocks that score high on various measures of financial strength, safety and quality. And don’t sweat the comparisons to that internet-stock frenzy of 20 years ago.