Biggest one-day gain in more than a decade is latest sign of speculative trading that is jolting financial markets. 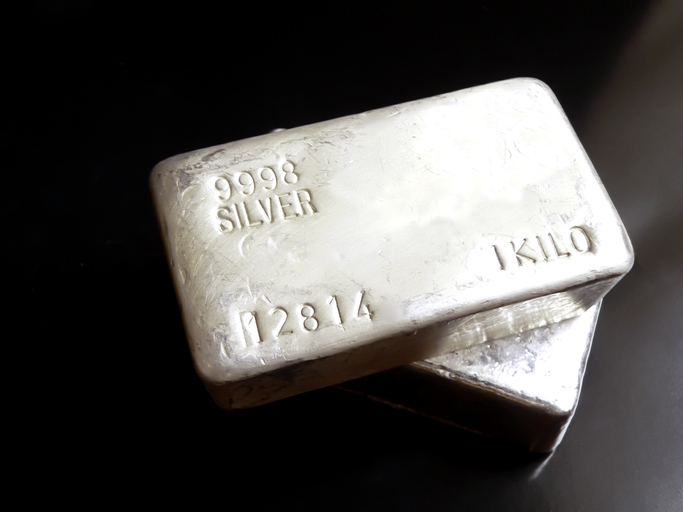 Online investors who spurred a trading frenzy in the shares of GameStop Corp. and AMC Entertainment Holdings Inc. have moved onto the global silver market, powering the precious metal to its biggest one-day advance in more than a decade.

Futures prices for silver in New York on Monday settled at their highest level in eight years, the latest work by a loosely knit group of speculators who congregate on social-media platforms including Reddit’s WallStreetBets. Some participants have been contending aggressive buying could power GameStop-like, quadruple-digit percentage gains in other arenas, with some chatter over the weekend focusing on the roughly $50 billion market for silver investments.

The idea of buying silver in unison was mentioned in the popular Reddit forum WallStreetBets last week, then quickly spread to other corners of the internet, even as many Reddit users said they weren’t behind the silver-market advance. Many investors piled into silver bars and coins online, along with silver-linked exchange traded-funds and shares of silver producers.

Many traders with experience in commodities say the trade is highly speculative. There is more than enough silver to meet industrial demand for everything from semiconductors to solar panels, and producers can raise output to take advantage of higher prices. Previous efforts to corner the market have ultimately preceded crashes, most famously when the Hunt brothers are alleged to have artificially boosted silver in 1979 and 1980.

Still, the recent wave of speculation is unlike anything many in commodities have witnessed in the recent past. Shares of miners like First Majestic Silver Corp. and Hecla Mining Co. have been among the stock market’s best performers recently—each rose more than 20% on Monday—while the largest exchange-traded fund tied to silver logged its biggest-ever daily inflow on Friday. Online silver dealers around the country have even reported soaring demand from retail buyers.

“It’s become like the GameStop of commodities,” said Edward Meir, a consultant focused on metals at brokerage ED&F Man Capital Markets. “It doesn’t make any sense…It could be equally ugly on the way down.”

The most actively traded silver futures advanced 9.3% to $29.42 a troy ounce, ending the day at a nearly eight-year high after briefly rising above $30 earlier in the trading session. Prices have risen nearly 15% in the past week, and Monday’s climb marked the metal’s biggest advance since 2009.

Silver’s rally echoed the recent leap in GameStop and AMC, propelled by a phalanx of individual traders gathering online. Highlighting the risks associated with these trades, GameStop shares fell 31% to $225 on Monday. Shares of the struggling videogame retailer are still up some 1,100% in the past month as traders undertake a “short squeeze,” forcing investors who had bet on share-price declines to buy back stock at higher prices to minimize their losses. That trend can add further fuel to rallies.

Professional traders are now weighing whether the flurry of demand from individuals can sustain the climb in silver—a market where trading is still concentrated in a small group of banks.

“They can cause very significant disruption because silver is a market with a history of very, very high volatility,” said Tai Wong, head of metal derivatives trading at BMO Capital Markets. “But can they replicate a GameStop? Unlikely.”

Rostin Behnam, the acting chairman of the Commodity Futures Trading Commission, which regulates markets for silver futures, said the agency is watching the action closely.

“The commission is communicating with fellow regulators, the exchanges, and stakeholders to address any potential threats to the integrity of the derivatives markets for silver, and remains vigilant in surveilling these markets for fraud and manipulation,” Mr Behnam said in a statement Monday.

Silver’s climb to start the week was even more remarkable to market watchers because gold rose only 0.7% and trading in other commodities was muted. Gold and silver often trade in similar directions and are seen as safe-haven investments during times of market turmoil.

Depositories at CME Group’s Comex—the biggest marketplace for silver futures—are brimming with almost 400 million troy ounces of silver, valued at around $12 billion at Monday’s prices. Vaults in London housed 1.1 billion troy ounces—worth $29 billion—at the end of 2020, according to the London Bullion Market Association.

Monday’s advance followed a weekend rush to buy the physical metal—which is used in electronics, jewellery and photography. Retail silver marketplaces including Money Metals and APMEX Inc. had notices on their websites Sunday saying they were unable to process new orders until markets opened because of unprecedented demand.

On Monday, many popular sites for purchasing silver and gold reported shipping delays or other purchase restrictions.

“Precious metals have never seen such a sudden surge in new interest,” said Adrian Ash, director of research at BullionVault. Over the weekend, openings of new accounts at the online marketplace for gold and silver rose to almost four times the daily average from 2020, itself a record year since BullionVault went live in 2005, he said.

Many traders and analysts are baffled by the moves in silver and said the logic behind a “short squeeze” is also questionable.

In GameStop’s case, hedge funds that had bet against the stock were forced to buy the retailer’s shares when individual investors drove the price higher to avoid bigger losses, propelling the shares even more. But for silver, hedge funds and other speculators actually have a net long position and stand to benefit from rising prices, Commodity Futures Trading Commission data show.

A broad attempt by day traders to corner the market in silver wouldn’t be the first time someone has tried to dominate the precious metals market. Analysts have alleged price manipulation in the silver market going back several decades, including the episode with the Hunt brothers more than four decades ago.

Traders are also watching big inflows into the largest ETF tied to silver, the iShares Silver Trust, and other large funds. These funds and mining stocks are the easiest ways for individuals to bet on higher prices. The fact that silver futures themselves are rising shows that professionals are also trying to profit from the current excitement, traders say.

ETF buying can also add to market momentum because the traders who manage the fund must buy physical silver when investors put more money into the ETF. As a result, large inflows signal that the metal is in high demand.