All Aboard the Stock-Market Solar Coaster

All Aboard the Stock-Market Solar Coaster

Much of the climb in solar stocks looks justified by growth prospects, but buyers may still be in for a bumpy ride 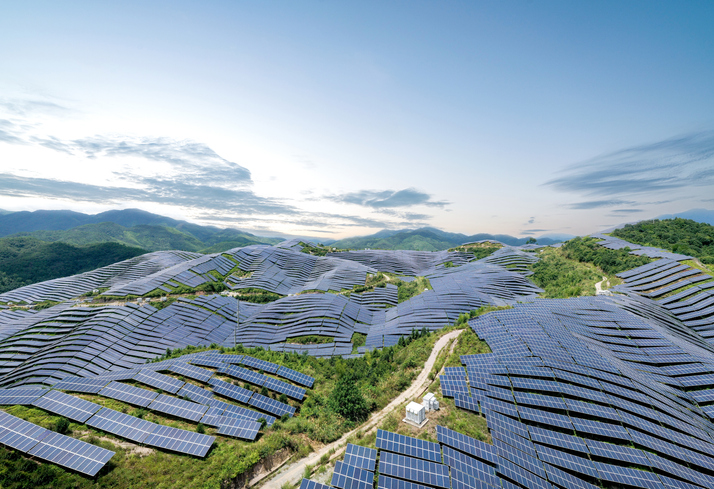 Solar stocks are sizzling—quite an accomplishment for the simplest and most mature of the green-energy technologies. Finding companies that could keep shining might require looking in less obvious places.

The MAC Global Solar Energy Index has generated a 233% return including dividends for dollar investors during the past year. That is well ahead of returns from wind-turbine makers Vestas and Siemens Gamesa, nevermind the S&P 500’s 15%.

As public and political support for green power has broadened, markets have come to expect a decadeslong renewables rollout. It is hard to see any catalyst for a change in sentiment, says Sam Arie, a veteran utilities analyst at UBS. Solar panels can be the cheapest way to generate electricity in many parts of the world. “In some cases it is even cheaper to build a new solar farm than run existing coal plants,” says Alex Monk, a portfolio manager at asset manager Schroders.

The catch is that the shift to renewables doesn’t guarantee shareholder returns. To justify high valuations, investors need to ensure companies have a defensible business as well as growth prospects.

Solar investors have already experienced at least two stomach-churning cycles. A key lesson has been that making panels themselves is a low-margin, hypercompetitive market best avoided. But other parts of the value chain offer better prospects.

For example, SolarEdge and Enphase make power inverters, which convert a solar panel’s power to alternating current and adjust performance to maximize output. Their Nasdaq-listed shares have returned 179% and 444% respectively during the past year and now trade for 72 and 93 times forward earnings. That is a lot of growth priced in. However, the technologies are patent-protected and could also be central to managing a smart home’s power between electric vehicles, solar panels, batteries and the like—a potentially vast market.

Developers are another option. They bid for, build and run solar farms. While installing the panels isn’t complex, experience is valuable when pricing bids and navigating the permitting process, and scale is crucial to sourcing panels effectively.

NextEra Energy, Enel and Iberdrola have built huge renewable-power farms as part of wider utility businesses and have ambitious rollout plans for solar and wind. Their shares have given investors total returns of between 16% and 28% over a year, and now change hands for between 15 and 32 times forward earnings. Barclays utilities analyst Dominic Nash credits part of the rise to general growth investors coming into the sector for the first time.

Then there are U.S. residential developers, which offer homeowners rooftop solar-panels paired with battery storage. The products provide added reliability, and monthly payments for the cost of batteries and solar panels that are often lower than existing utility bills. “It’s a pretty easy sale,” says Stephen Byrd, an analyst at Morgan Stanley.

Shares in SunPower and Sunrun, two such developers, trade at Tesla-type multiples, 118 times and 360 times forward earnings respectively. Revenues will grow—U.S. solar penetration will rise from 3% now to 14% by 2030, says Mr. Byrd—but margins will also come under pressure once installers compete head-to-head rather than with incumbent utilities.

Investors need to choose carefully as the stock-market solar coaster speeds up again. The general direction of travel may be up, but it likely still has plenty of twists and turns in store.