Bearish Bets Against Markets Are Surging

Bearish Bets Against Markets Are Surging

Investors are loading up their bets against a number of big tech stocks, positioning for a reversal. 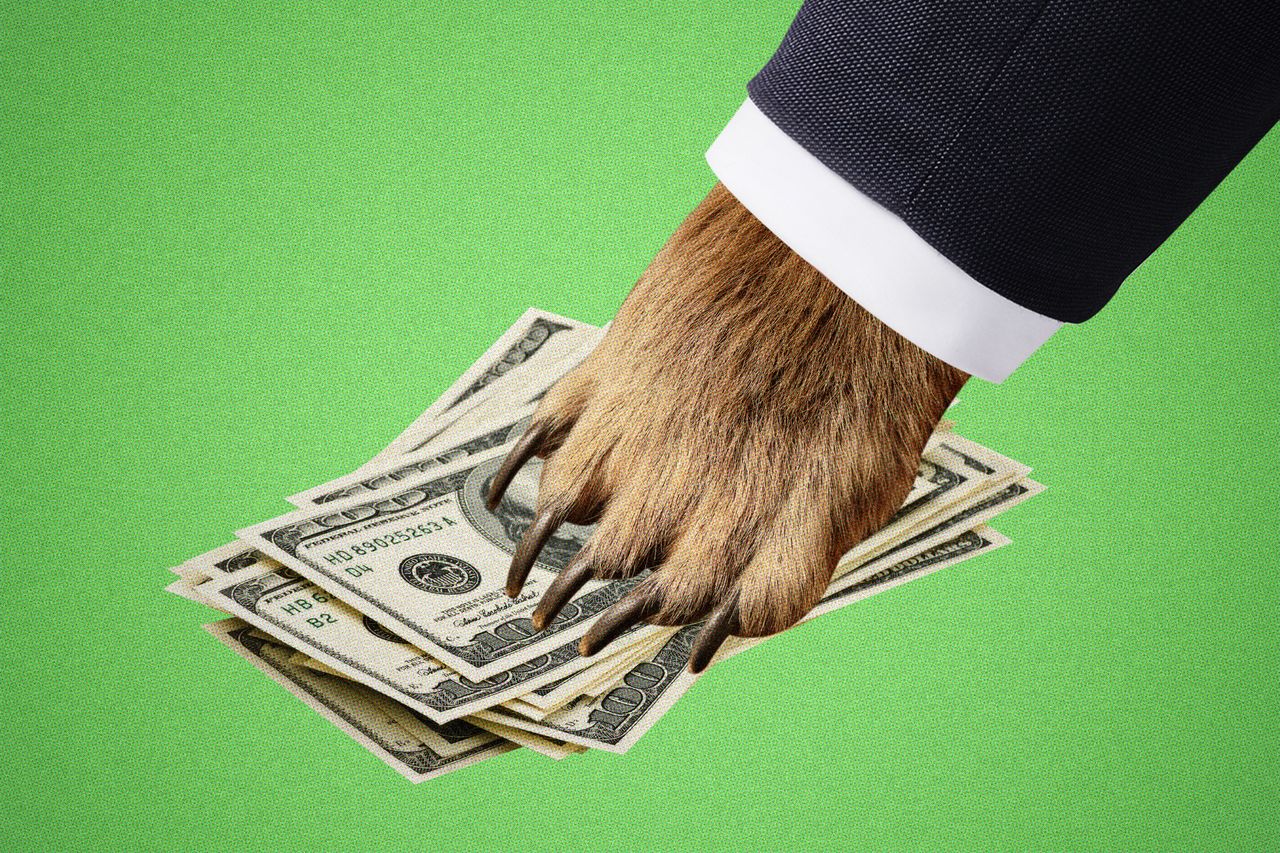 Investors are wagering that the recent pain in markets will intensify.

Stocks dropped sharply in another wild session Tuesday after Russia deployed troops into two breakaway areas of Ukraine, escalating tensions in the region. The S&P 500 ended the day down 1%, extending the losses from its January record to more than 10% and meeting the criteria of a market correction. The index hadn’t suffered a similar decline since February 2020.

Short sellers have been adding to their positions against the SPDR S&P 500 Exchange-Traded Fund Trust, which tracks the broad U.S. stock index, at the fastest rate in nearly a year. Other investors are scooping up at record pace options contracts that would pay out if the recent declines in the stock and bond markets worsen.

The escalating geopolitical tensions come at a time when a surge in inflation and uncertainty about the pace of the Federal Reserve’s expected interest-rate increases have already whipsawed financial markets to start the year. Earnings growth, meanwhile, is expected to moderate from its red-hot pace in 2021, when profits were being compared with their knocked-down levels during the early stages of the pandemic.

Short sellers added $8.6 billion to their positions against the SPDR S&P 500 ETF Trust over the four weeks through Thursday, according to projections from technology and data analytics company S3 Partners. That amount would be the highest since a four-week period ending in early March 2021.

Short sellers borrow shares and sell them, with a plan to repurchase them at lower prices and pocket the difference. Investors shorting the market may be placing an outright bet that stocks will fall or reducing their exposure to a market downturn while betting that particular stocks will outperform.

Jordan Kahn, chief investment officer at ACM Funds, said his firm has been trimming its positions in stocks in one of its strategies while adding to short positions against exchange-traded funds that track the broad market.

Mr. Kahn said he grew concerned near the end of 2021 when he saw that individual stocks were selling off, while the largest stocks kept major indexes afloat.

“That’s kind of a red flag for us,” he said. “We think that the most likely scenario is that those big stocks that haven’t had as big a correction yet will probably at some point play catch-up to the downside.”

Investors are loading up their bets against a number of big tech stocks that led the way higher in recent years, positioning for a reversal. Investors added $1.3 billion to their short positions against Tesla Inc. over the 30 days through Friday and almost $844 million to their bets against Nvidia Corp., according to S3 Partners. They have been trimming their bets, by contrast, against Bank of America Corp., Apple Inc. and Texas Instruments Inc.

Many traders have stepped in to buy the stock market dips, despite the volatility. However, traders have also been tapping other options strategies to profit from the downturn or hedge their portfolios. Three out of five of the most active days for put options trading in history have occurred in the first weeks of 2022, according to Cboe Global Markets data as of Friday.

Call options on single stocks as a percentage of total options activity recently fell to the lowest level since April 2020, when the Covid-19 pandemic was first spreading through the U.S., according to Goldman Sachs Group Inc.

For much of last year, turbocharged bullish bets on stocks were in vogue, and many traders rode the S&P 500’s ascent to 70 fresh highs.

Investors are also hedging against potential declines in the bond market. The prospect of higher interest rates has triggered a rush out of bonds, with outflows from money-market and bond funds on pace to be the biggest in at least seven years.

To some traders, the dour sentiment can be an opportunity to capitalize on any rebound.

Julien Stouff, founder of hedge-fund firm Stouff Capital in Geneva, Switzerland, said he placed short-term bullish bets on stocks in January around the time he noticed many traders growing more pessimistic on the market. Recently, he has taken a neutral stance through the options market.

“This fear normally creates a buying opportunity,” he said.