Jump in inflation will test the European Central Bank’s readiness to let the economy run hot
. 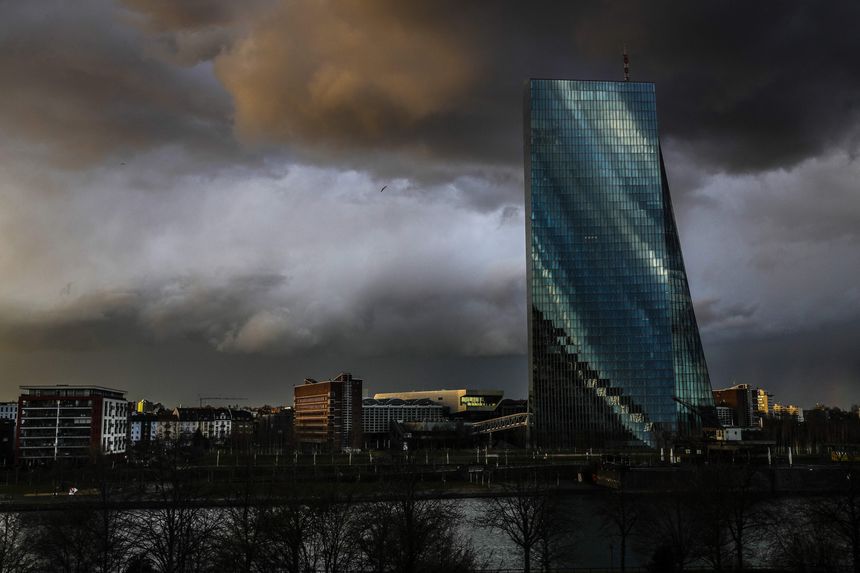 LONDON—Inflation in the eurozone hit its highest level in almost a decade in August amid signs that shortages of semiconductors and other important manufacturing components are pushing up the prices paid by consumers.

Broad consumer prices were 3% higher in August than a year earlier, a pickup from the 2.2% rate of inflation recorded in July and the sharpest rise since November 2011.

The European Central Bank aims to keep inflation at 2%, but last month explicitly said it would leave its key interest rate steady if a period of inflation running above that goal appeared likely to be “transitory.”

Inflation rates have picked up around the world in recent months, largely driven by rising energy costs as a rebound in demand proves stronger than oil and other energy producers had anticipated. But there are signs that shortages of key parts such as microprocessors are also pushing consumer prices higher, threatening a lengthier period of stronger inflation.

“Clearly, risks that inflationary pressures prove more sustainable are on the rise,” wrote Fabio Balboni, an economist at HSBC, in a note to clients.

The jump in inflation comes as ECB rate-setters prepare for their next policy announcement on Sept. 9. They have said the leap in inflation is likely to prove to be the temporary result of shortfalls in the supply of a narrow range of goods and services that will ease as economies around the world reopen more fully.

That is a view shared by many U.S. policy makers. Federal Reserve Chairman Jerome Powell reaffirmed Friday the central bank’s plan to begin reversing its easy-money policies later this year and staked out a position that calls for more patience around when to raise rates. U.S. inflation is higher than it is in the eurozone, reflecting the stronger economic recovery.

“We expect that the ECB will continue to communicate that monetary policy will remain loose for long to avoid any premature tightening of financing conditions,” said Silvia Ardagna, an economist at Barclays.

In forecasts to be released next week, the central bank is expected to predict slightly higher inflation this year, but continue to see the pace of price rises slowing in 2022 and 2023, with the inflation rate once again settling below target. That suggests that the central bank may not raise its key interest rate—which has been below zero for more than seven years—until 2024.

ECB policy makers last month overhauled their policy framework to give themselves room to let the economy run hotter than in the past. The eurozone economy suffered a larger drop in output than the U.S. in 2020 and was once again in recession around the turn of the year.

ECB policy makers want to aid the recovery by reassuring households and businesses that they won’t repeat the mistakes of a decade ago, when their predecessors raised their key interest rate before the recovery from the global financial crisis had put down deep roots. What followed those rate increases was 18 months of economic contraction and a long period of very low inflation rates.

Now, policy makers believe they are on strong ground in seeing the pickup in inflation as the economy reopens as temporary. Part of the recent acceleration in price rises is down to tax changes in Germany, the eurozone’s largest member. In July 2020, the government there cut value-added tax to aid the economy, but those cuts were reversed at the start of this year. So prices now are being compared with artificially lower prices a year ago, exaggerating the strength of inflationary pressures.

There are risks to the ECB’s new patience. One is that the problems manufacturers are facing in securing raw materials and parts will prove longer lasting than initially anticipated. In a number of Asian countries where many of those parts are made, the spread of the Covid-19 Delta variant is threatening fresh delays.

“It looks like bottlenecks are going to be more persistent than expected,” said ECB chief economist Philip Lane in an interview with Reuters published last week.

The August inflation figures may carry a warning, since they recorded a sharp acceleration in the rate at which prices of manufactured goods are increasing, to 2.7% from just 0.7% in July.

“This could be a sign that rising input prices and supply problems are starting to put some upward pressure on consumer prices,” said Jack Allen-Reynolds, an economist at Capital Economics.

By contrast, prices of services rose by just 1.1% over the year, and energy costs continued to drive much of the pickup in inflation, with prices rising 15.4% over the year, up from 14.3% in July.

The other risk is that eurozone workers will come to expect inflation to settle above the ECB’s inflation target, and demand higher pay rises to compensate. So far, there are few signs that this is happening. According to a survey by the European Commission released Monday, households in August expected prices to rise faster over the coming 12 months than they did in July, but at a pace that remained modest by historic standards.