U.S. and Europe are learning to live with the virus, but Beijing’s zero-Covid strategy could hit supply chains. 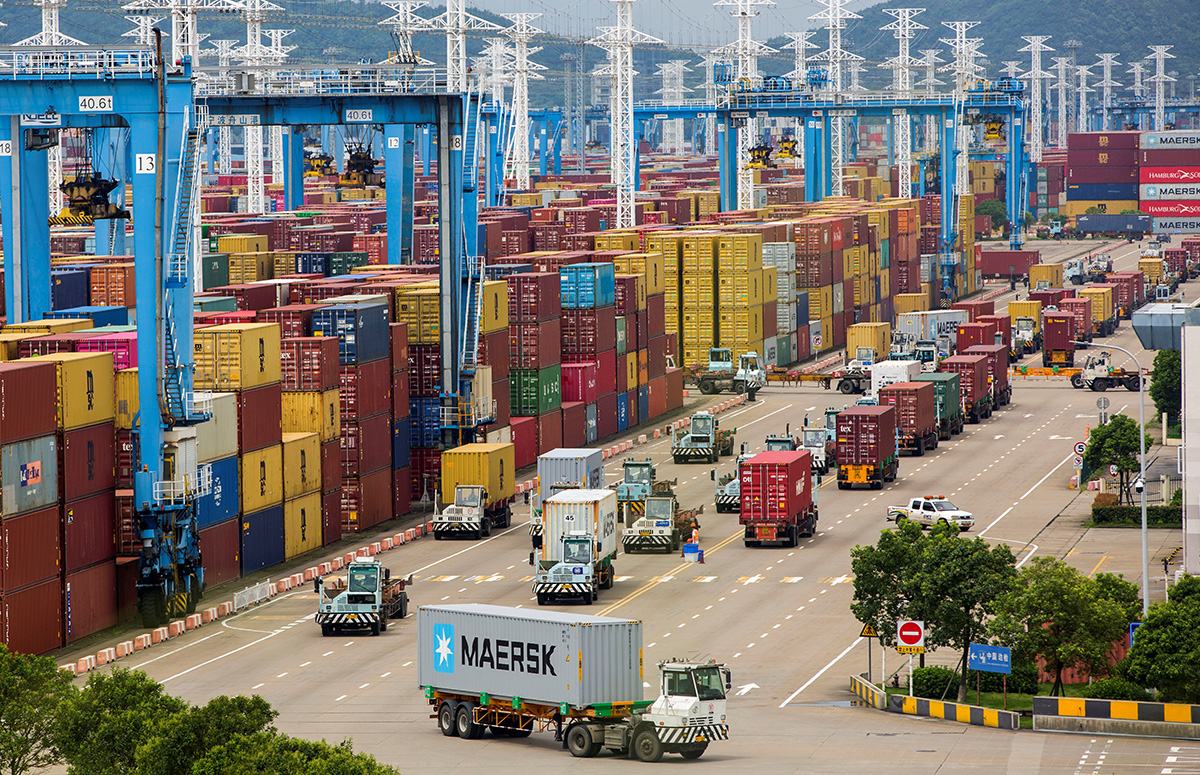 The direct economic harm caused by the Omicron variant of Covid-19 in highly vaccinated countries appears so far to be relatively modest and short-lived, but its indirect hit could prove significant if China resorts to repeated lockdowns in its effort to suppress the virus within its borders.

Omicron led to a fresh surge in infections wherever it gained a foothold, a rise in deaths, and disruptions for businesses as infected workers sought medical treatment or quarantined.

But it has also become clear that Omicron causes milder symptoms in vaccinated people than its predecessors, and an increasing number of European countries have lifted restrictions put in place when the variant emerged. U.S. job growth accelerated in January, even though the number of people not working because of illness more than doubled from December.

So while business surveys and other data indicate economic growth slowed in Europe and the U.S. as 2022 began, many economists expect the Omicron variant to do less damage than previous surges.

The lifting or absence of restrictions in Europe and the U.S. signals a greater willingness to live with the virus, while remaining alert to its dangers. That is not yet an option where populations have received vaccines that offer very limited protection against Omicron, as is the case in China.

That is part of the reason why China continues to pursue a “zero-Covid” strategy, which requires strict lockdowns when local outbreaks occur.

China is the world’s leading supplier of the parts other manufacturers use to make the products households buy, which are known by economists as intermediate goods. Should it have to lock down significant parts of its economy, the impact would likely be felt in lower growth and higher inflation in Western economies.

“Lockdown risks therefore continue to rise in China, even as they decline elsewhere,” said Frédérique Carrier, head of investment strategy at RBC Wealth Management. “Increased pandemic restrictions could lead to additional supply-chain disruptions, hold back the normalization of the global economy, and fuel global inflation, while capping Chinese economic growth.”

The International Monetary Fund’s economists estimate that supply-chain problems knocked between one half and one full percentage point off global economic growth in 2021, while pushing inflation higher. In other words, the global economy would have grown by as much as 6.9% last year, compared with the 5.9% expansion it actually recorded, if there had been no supply problems.

There are some signs that supply-chain problems are easing. A new supply- blockages measure developed by economists at the Federal Reserve Bank of New York showed a record level of strain in November, but a decline in December and January, which they said “seems to suggest that global supply chain pressures, while still historically high, have peaked and might start to moderate somewhat going forward.”

A prolonged series of new lockdowns in China, however, could reverse that progress and be a significant drag on growth this year.

According to the World Trade Organization, Chinese businesses sold $354 billion of intermediate goods to overseas buyers in the three months through June 2021, way more than the next largest exporter, which was the U.S. with $200 billion. The U.S. is the largest market for Chinese exports of intermediate goods, but South Korea, Japan, Germany and India also account for a significant share.

China would likely face a surge in deaths if it were to abandon the zero-Covid strategy now. About 86% of China’s population has been fully vaccinated, but the vaccines most widely used, developed by Sinopharm and Sinovac, use inactivated virus. Those are widely believed to be less effective against Omicron infections than the mRNA vaccines developed by Moderna Inc. and by Pfizer Inc. with BioNTech SE.

China is accelerating its efforts to produce domestic mRNA vaccines and medicines for Covid-19, said an official familiar with the matter. If it were to be successful, the need for lockdowns would become less pressing. But few expect a shift away from zero-Covid to happen soon.

“We really depend on China succeeding in this transition,” said Jörg Wuttke, president of the European Union Chamber of Commerce in China and chief representative of German chemical company BASF SE in the country. “But frankly, it doesn’t look good.”

Assessing the scale of the threat to global supply chains is difficult, given uncertainties about how rapidly Omicron can spread in an environment where restrictions are as tight as they are in China.

Two factors could lessen the impact of a more-rapid spread than has so far occurred. First, economists see the willingness to live with the virus in the U.S. and Europe as opening the way for a greater shift back to spending on services and away from spending on goods this year. That would ease some of the demand pressures on supply chains.

It is also possible that Chinese authorities could manage the zero-Covid policy to support exports, given the drag on growth from problems in the country’s property market and weak consumer spending at home.

“We believe the government will make efforts to minimize the supply disruptions, including some loosening/improvement in the zero-Covid policy implementation,” economists at Barclays Bank wrote in a note to clients.