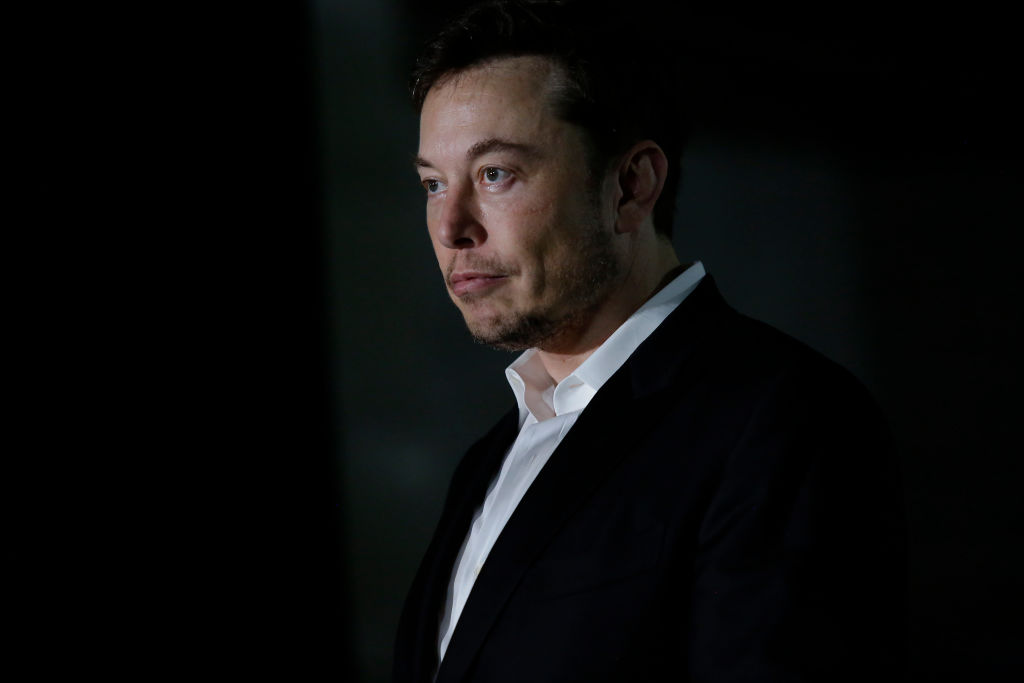 Elon Musk’s showdown with Twitter Inc. has set the stage for what could become one of the most unusual courtroom battles in corporate-takeover history—a spurned acquisition target that never sought to be bought potentially trying to force the buyer who soured on the deal to see it through.

In just over three months, Mr. Musk aggressively pursued a takeover that Twitter first resisted, then he prevailed and reneged—all the while using the very platform to ridicule Twitter and its leaders and drop hints about his shifting intentions.

With Mr. Musk’s attempt to terminate his US$44 billion takeover, Twitter says it plans legal action. In a statement Friday, it indicated it will file a lawsuit in the Delaware Court of Chancery arguing Mr. Musk must close the agreed-upon deal.

Friday evening, he filed papers saying he wanted out, taking aim at Twitter on several fronts and saying the company violated the merger agreement. He accused Twitter of withholding data from him to verify facts about the business and that its statements on the amount of spam on the platform represent material misstatements to regulators. He also argued the company was making critical changes to the ordinary running of the business without his consent, such as imposing a hiring freeze and layoffs.

Corporate-law experts say Twitter appears to be on sounder legal footing than Mr. Musk. The filing didn’t provide evidence to back up his assertion that the estimate was inaccurate or an alternate calculation. “This isn’t even in the ballpark,” said Zohar Goshen, professor of transactional law at Columbia Law School, adding that the impact on a company’s value needs to be so dramatic that its value would be halved, for example.

The question remains whether it is really possible to force the eccentric billionaire—known for eschewing norms even when it gets him in legal trouble—to buy a company he doesn’t want to own.

“What are they going to do if there is a judgment and he says, ‘Well, I’m still not going to buy it’?” said Mr. Goshen. “They don’t really have tools to force him to go through with it. You don’t put people in jail because they don’t buy something.”

There have been a few examples of buyers being forced to follow through with purchases under the “specific-performance” clause Mr. Musk agreed to, but most were small deals. Never has the concept of a court forcing a buyer to complete a deal been tested on such a large scale.

Most legal clashes over soured deals end in settlements involving a price cut or one-time payment. Mr. Musk agreed to pay a $1 billion reverse termination fee to Twitter if the deal falls apart, triggered under certain scenarios including if his debt financing falls through or regulators try to block the deal. Neither has occurred.

The agreement caps at $1 billion the amount Twitter could sue for damages, meaning its only options are to sue for specific performance to force him to follow through, or a maximum of $1 billion. A representative for Mr. Musk declined to comment.

The standoff leaves Twitter in a precarious position, given that its prospects as a stand-alone company are daunting in part because of a digital-advertising market in upheaval. Twitter shares closed at $36.81 Friday, 32% below the $54.20-a-share price Mr. Musk agreed to pay.

Facing broadsides from Mr. Musk and a softening ad market, Twitter CEO Parag Agrawal has been trying to prepare it for a difficult period ahead, whether under Mr. Musk’s ownership or not. In May, he announced a hiring freeze and belt tightening, saying he was taking action during the takeover because economic conditions had worsened and Twitter couldn’t assume the deal with Mr. Musk would close. This past week, he cut recruiting staff.

Mr. Musk’s Twitter romp began with the unannounced purchase of US$22.8 million of Twitter shares on Jan. 31. He kept buying in February and March, building a roughly 9% stake for $2.6 billion and becoming the largest individual investor.

He took public jabs at Twitter, polling his followers on the site over whether it adheres to free-speech principles and publicly toying with the idea of starting a rival. By the time his stake became public on April 4, Mr. Musk had been secretly talking to Twitter for nine days.

He initially reached out to Jack Dorsey, the company’s co-founder and a friend of Mr. Musk’s, then spoke to director Egon Durban, co-CEO of private-equity firm Silver Lake, another acquaintance, according to a public filing on the deal.

The discussions began congenially, with Mr. Musk saying he might want to join the board. Then on Apr. 9, hours before taking the board seat Twitter had agreed to give him, he withdrew. Four days later, he made an unsolicited takeover offer at $54.20 a share and made the offer public the subsequent day.

Twitter initially seemed to turn up its nose but eventually relented—in part because directors concluded that no one else was likely to have the interest or ability to buy the company at the price Mr. Musk was offering. The billionaire agreed to waive detailed due diligence of Twitter’s business.

Even as the transaction was coming together, Mr. Musk was voicing concerns about a darkening economic and business outlook. In late March, Tesla had to temporarily shut its auto plant in Shanghai, the company’s largest, as China implemented pandemic restrictions, sending the stock steadily lower. And, on an April 20 earnings call, Mr. Musk talked about mounting inflationary pressures.

On May 13, Mr. Musk shocked many people involved in the deal with a predawn tweet saying the deal was “temporarily on hold.” He later added he remained committed to seeing it through. He cited questions about Twitter’s estimate that fewer than 5% of its monetizable daily average users are spam or fake accounts.

Fake accounts are certainly a concern for social-media companies. But Mr. Musk had long been aware of fake accounts on Twitter—he tweeted about it at least as far back as 2018—and Twitter’s estimate hadn’t changed in years. Mr. Musk said repeatedly that part of his goal as owner would be, as he put it in an April 21 tweet, to “defeat the spam bots or die trying!”

The May 13 bombshell kicked off weeks of public and private back and forth between Mr. Musk, Mr. Agrawal and lawyers and advisers for both sides, according to Friday’s filing. After Mr. Agrawal on May 16 tweeted an explanation of the company’s spam accounting, Mr. Musk responded with a poop emoji, then followed up with a question: “So how do advertisers know what they’re getting for their money? This is fundamental to the financial health of Twitter.”

Asked on Twitter on May 26 about the prospects of a recession, Mr. Musk said he expected one that could last 12 to 18 months. On May 24, Tesla shares hit their lowest point since June 2021, down nearly 50% from their all-time high in November. The fall had knocked more than $100 billion off Mr. Musk’s net worth, weakening a key asset he was using to help fund the Twitter deal.

As he was lining up financing, Mr. Musk sold $8.5 billion of Tesla stock over three days. Afterward, he said he planned to sell no further shares. He remains the auto maker’s largest investor, with a stake of around 16%, and planned to borrow against his stake. His original financing plan for Twitter included $12.5 billion from margin loans backed by Tesla stock he owns. But Tesla’s share price kept falling, effectively increasing the number of shares Mr. Musk would have to pledge as collateral.

About a month after the deal—with Tesla shares now down 37% from when Mr. Musk agreed to buy Twitter—Mr. Musk filed a revised funding plan that eliminated the margin loans. Instead, he pledged more equity financing. The funding details left questions about how Mr. Musk would come up with roughly $14 billion of his financing package that he still needed to secure himself or through outside investors.

On April 21, Twitter rival Snap Inc. had spooked investors with disappointing earnings and a stark warning of trouble in the digital ad market. Twitter, soon after, withdrew all previously provided goals and outlooks with its first quarter earnings, and didn’t provide any forward-looking guidance.

On May 12, Twitter’s Mr. Agrawal told staff the company was imposing a hiring freeze and cutting back on spending.

While some Twitter employees expressed optimism that Mr. Musk might reinvigorate the company, many were bewildered about their futures and upset at Mr. Musk’s incessant public hectoring, The Wall Street Journal has reported.

In the month after the deal was inked, executives held more than a dozen companywide or division-wide meetings to address employee questions. One senior Twitter executive, in a May internal note, called it a “chaos tax.”

When Mr. Musk on Friday said he was aiming to abandon the deal, a Twitter executive urged employees to refrain from commenting on the matter, citing planned legal action, according to a message viewed by the Journal. That message was shared with outsiders within an hour.

Mr. Musk on Saturday addressed attendees at the annual Allen & Co. gathering of media and tech leaders in Sun Valley, Idaho, mostly steering clear of Twitter. He focused his remarks on explaining how he forms his opinions and what goes into the conclusions he reaches.

At one point, he did ask his audience how many thought the number of fake accounts on Twitter was less than 5%, said an attendee, and people seemed hesitant to raise a hand.

—Joe Flint and Deepa Seetharaman contributed to this article.