Purchased by celebrities from Justin Bieber to Gwyneth Paltrow these digital avatars promise a vaunted place in the metaverse. 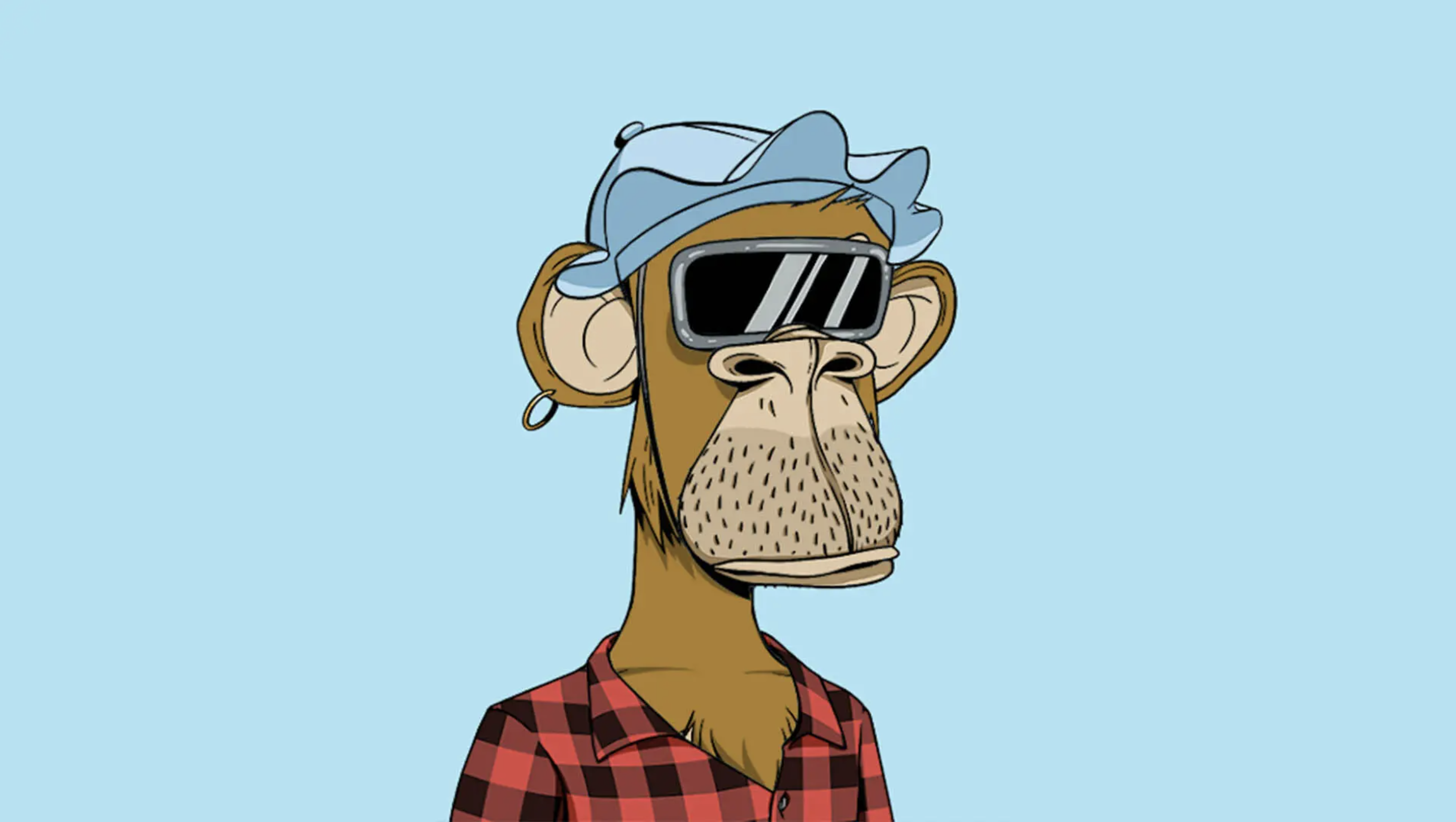 On The Tonight Show in late January, Jimmy Fallon held up a portrait of a cartoon ape wearing a sailor’s hat, a striped shirt and heart-shaped sunglasses. “This is my ape,” he said, as his guest, Paris Hilton, gave it her approval. She also had an ape, which Fallon had earlier shown the audience, a red-furred version wearing sunglasses and an S&M cap. “We’re part of the same community,” Fallon said. “We’re both apes.”

This odd moment between Hilton and Fallon hurtled Bored Ape Yacht Club, a collection of NFTs depicting apes, into the spotlight. Other celebrities were showing off theirs too: In January, Justin Bieber posted a photo on Instagram of his Bored Ape #3001, sometimes called Lonely Bored Ape, which relates to his song “Lonely.” (This ape’s eyes are filled with tears.) Bieber paid $1.29 million for it, according to Etherscan, which tracks blockchain transactions, then went on to purchase a second for $470,000. For many observers, these were record-scratch moments in the middle of a long-running party, the kind of thing that made one wonder: What is going on?

Bored Ape Yacht Club was born in the heady days of April 2021, when the value of cryptocurrency skyrocketed and the market for NFTs exploded. NFT (short for nonfungible token) is a unit of data stored on a blockchain, allowing for a record of who owns what to exist on a decentralized public ledger. Its four founders were pseudonymous, though BuzzFeed News recently identified two of them to be Greg Solano, 32, a writer and editor, and Wylie Aronow, 35. The concept was simple: 10,000 apes, each with a distinct face and outfit, each able to be individually owned.

“The term ape is used affectionately in the crypto community to mean early adopters,” says Nicole Muniz, CEO of Yuga Labs, which was part of the team that created the original ape NFTs, in an email. “We liked the idea of creating a whole collection around apes who became so wealthy because of crypto’s rise, that they became extremely…bored.” Buying an ape also gives one membership to an elite digital club—owners can hang out in Discord servers with like-minded Bored Ape enthusiasts.

A major appeal of Bored Apes is their use as avatars—many owners change their Twitter and WhatsApp and even LinkedIn display pictures to their apes. They draw less from the lo-fi early internet aesthetics of other NFT projects like CryptoPunks and more from comic books and Pokémon cards. The animated apes are frequently absurd; their fur might be cheetah print and their teeth rainbow. They stick out their tongues and smoke cigars and wear cowboy hats or fezzes or large sunglasses. Their use as avatars means the apes come to represent you, or something about you, in a specific digital realm. Last month, Gwyneth Paltrow bought one that, when animated, shows an ape with long blond hair that looks tacked on around its large ears, and big blue eyes—her own features transmuted onto a digital ape.

One reason some are willing to spend big on these apes is that they’re part of one’s outward representation in the burgeoning metaverse, as one might invest in an eye-catching coat or handbag in the physical world. “I’m sort of trying to commit to this being my identity for a while,” says Adam Draper, managing director of Boost VC, a fund that was an early investor in cryptocurrencies, who bought his ape about five months ago for an undisclosed sum that he characterized as “expensive.”

Buying a Bored Ape also means buying the underlying intellectual property to your specific ape’s image—which more and more people are capitalizing by licensing for comic books, film and TV, even licensing images to cannabis companies. Draper says Bored Ape Yacht Club will be “the next Disney.”

“We are all a part of this community, this club, and we’re all trying to make our own apes more valuable, but by building a comic book series or making a movie or a sculpture, suddenly you’ve created value for the whole network.”

This network effect is what separates Bored Ape Yacht Club from other NFT projects. Athletes like Stephen Curry and Serena Williams, musicians like Eminem, Diplo and Future, and actors like Kevin Hart all own apes. (Many of the high-profile ape owners declined to comment for this article through their representatives.)

“Steph Curry was pretty early to Bored Apes, which makes sense because the NBA has already done partnerships like NBA Top Shot NFTs,” says Mason Nystrom, a senior research analyst at Messari, a crypto-market intelligence platform. “Once you get one celebrity or two, then you get 10, and there’s that flywheel effect.”

The rich and famous flocking to Bored Ape Yacht Club has prompted speculation that some are being given Bored Apes or are paid in exchange for promoting them. Many buy them through MoonPay, a fintech company that builds payment infrastructure for crypto and offers a “concierge service,” which handles the sometimes clunky process of buying NFTs for high-net-worth individuals (celebrities including Post Malone and Fallon have used it to get their Bored Apes). Justin Hamilton, a MoonPay spokesperson, says the service never involves giving Bored Apes to celebrities or paying them, and that it’s a fee-for-service business. Perhaps celebrities simply want them because other celebrities have them, he says.

“It has a lot of similar attributes of other scarce assets, so it’s developed a momentum of its own,” says Hamilton. “It’s sort of like asking, why did the latest Jordan drop become popular, or what’s the magic behind Supreme?”

A Bored Ape is, perhaps above all else, a strange status symbol for a highly particular subset of people.

“This is the Lamborghini of the digital world,” Draper says. “But it’s more effective, because you’re persistently online with it forever, but with a Lamborghini you’re not driving it forever.”