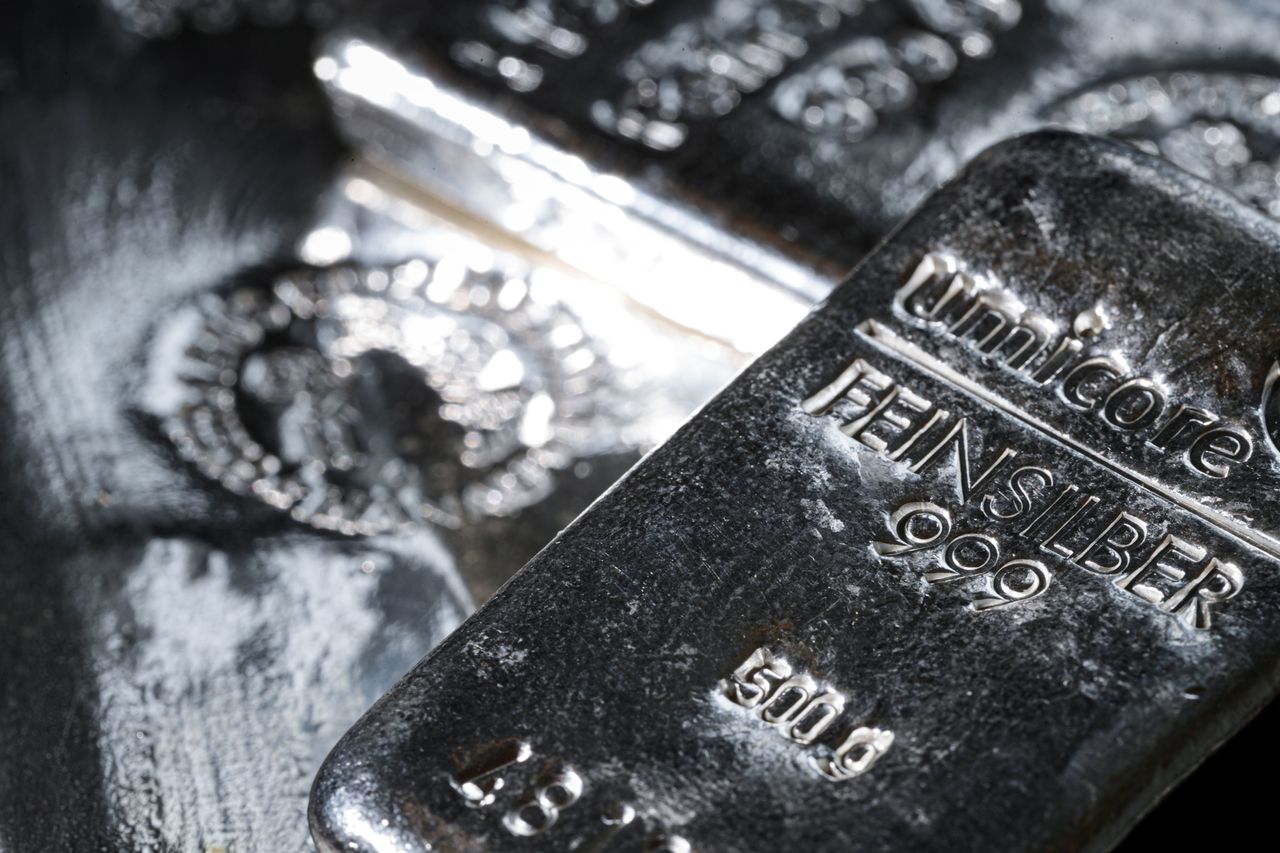 Silver soared, then dropped. Whatever happens now, the metal’s price movements will look nothing like what happened with the stocks that faced a spectacular short squeeze and are now falling.

Monday, the price of actual silver rose as much as 9% to $29.52 per ounce. “Retail traders who drove the short squeezes in stocks like GME last week were banding together to try and trigger a squeeze in silver,” wrote Tom Essaye, founder of Seven’s Report Research, in a note.

It all revolves around the practice of short selling, where people borrow a stock and sell it, hoping the price will fall, making it possible to buy shares at a lower price and return them. A short squeeze happens when the price of the stock rises, rather than falls, forcing short sellers to buy. If a lot of the stock available for trading has been sold short, there can be a scramble to buy that triggers spectacular price gains.

That is what happened with GameStop (ticker: GME) last month. Other stocks that had been aggressively sold short surged as well.

But the iShares Silver Trust (SLV), after rising 11% to $27.76 a share Monday, is now down 11% from that level. There are key differences between companies like GameStop and AMC Entertainment (AMC) and silver.

First off, GameStop rose as much as 1,800% in a few weeks in January. AMC rose as much as 890% in roughly the same period. The iShares Silver exchange-traded fund, which buys futures contracts linked to the direction of the metal’s price, rose to roughly its all-time high of $27, set in August, and failed to break past it.

With the price down Tuesday, fundamentals, rather than the possibility of a short squeeze, are returning to the fore. While silver is an asset that can take part in a “reflation rally,” or one that occurs when economic stimulus jolts an economy out of recession and spurs inflation, that possibility doesn’t seem to have been enough to send the silver ETF to a new high.

Importantly, options trading was an important factor in the gains for GameStop and AMC. Retail traders were buying calls, or the right to buy shares at a specified strike price on a later date. The hope is that an option’s strike price will be lower than the stock’s price when that day comes, making it possible to buy at the strike price and make a profit by immediately selling on the open market.

That possibility forces the brokers who wrote the options contracts to hedge by buying the shares. It adds to demand for a stock and can contribute to a short squeeze, as appears to have happened with GameStop and AMC. Retail traders posting on Reddit were able to move the stock without much capital because they could buy call options at a far lower price per underlying share than the cost of the actual stock.

For silver, the overarching theme is that retail traders can’t summon up the large pool of capital needed to create huge demand for silver.

Buying silver outright, which is what retail traders did, requires much more money. There are no call options and no need for brokers to hedge against them.

“Squeezing the market isn’t likely” from here, wrote Jeff Currie, global head of commodities research at Goldman Sachs, in a note. In order for the WallStreetBets crowd to send silver prices up the 700% they rose in 1980, when the wealthy Hunt brothers gobbled up almost one-third of the global supply, they would have to own 4,600 tons of silver each.

Silver could certainly charge ahead, just not so fast so soon.