In a rush to claim orbital real-estate, competitors ask regulators to clamp down on SpaceX’s Starlink project 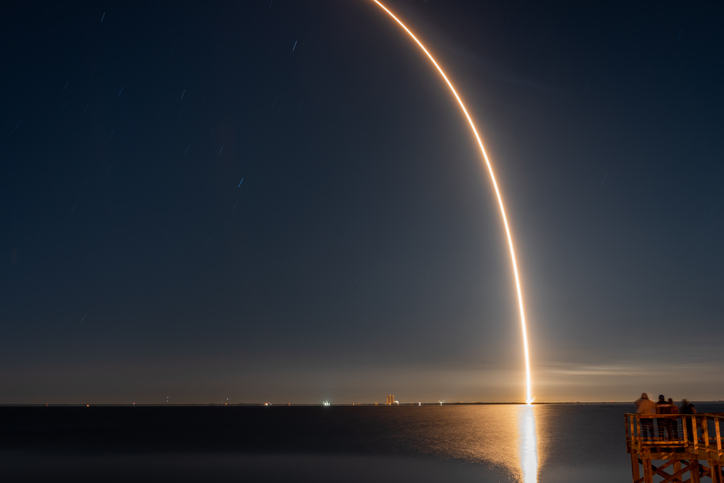 Elon Musk’s internet satellite venture has spawned an unlikely alliance of competitors, regulators and experts who say the billionaire is building a near-monopoly that is threatening space safety and the environment.

The Starlink project, owned by Mr. Musk’s Space Exploration Technologies Corp. or SpaceX, is authorized to send some 12,000 satellites into orbit to beam superfast internet to every corner of the Earth. It has sought permission for another 30,000.

Now, rival companies such as Viasat Inc., OneWeb Global Ltd., Hughes Network Systems and Boeing Co. are challenging Starlink’s space race in front of regulators in the U.S. and Europe. Some complain that Mr. Musk’s satellites are blocking their own devices’ signals and have physically endangered their fleets.

Mr. Musk’s endeavor is still in beta testing but it has already disrupted the industry, and even spurred the European Union to develop a rival space-based internet project to be unveiled by the end of the year.

The critics’ main argument is that Mr. Musk’s launch-first, upgrade-later principle, which made his Tesla Inc. electric car company a pioneer, gives priority to speed over quality, filling Earth’s already crowded orbit with satellites that may need fixing after they launch.

“SpaceX has a gung-ho approach to space,” said Chris McLaughlin, government affairs chief for rival OneWeb. “Every one of our satellites is like a Ford Focus—it does the same thing, it gets tested, it works—while Starlink satellites are like Teslas: They launch them and then they have to upgrade and fix them, or even replace them altogether,” Mr. McLaughlin said.

Around 5% of the first batch of Starlink satellites failed, SpaceX said in 2019. They were left to gradually fall back to earth and vaporize in the process. In November 2020, astrophysicist Jonathan McDowell of the Harvard-Smithsonian Center for Astrophysics calculated that the Starlink failure rate was nearly 3%. Mr. McDowell said Starlink has vastly improved the design of their satellites since then, and that the failure rate is currently below 1%, and on track to improve further.

Even with the constant improvement, Mr. McDowell said, Starlink will operate so many satellites that even a low failure rate would mean a relatively high threat to orbital safety because of the potential for collisions. “They clearly have been making continuous improvements…but it’s a challenging thing they are doing and it’s not clear that they will be able to manage the final constellation,” he said.

Starlink operates more than 1,300 spacecraft in Earth’s lower orbit and is adding some 120 more every month. Its fleet is now on track to top the total number of satellites that have been launched since the 1950s—around 9,000.

Orbital space is finite, and the current lack of universal regulation means companies can place satellites on a first-come, first-served basis. And Mr. Musk is on track to stake a claim for most of the free orbital real estate, largely because, unlike competitors, he owns his own rockets.

In the coming days, the Federal Communications Commission in the U.S. is set to approve a request by SpaceX to modify its license and allow a greater number of satellites to orbit at a lower altitude of around 550 kilometres (a kilometre is 0.625 mile). If approved, competitor satellites would have to navigate around SpaceX’s fleet to place their own spacecraft.

Other companies operating in space have asked the FCC to impose conditions on SpaceX, including lowering its fleet’s failure rate to 1 in 1,000, and improving collision-avoidance capabilities while ensuring they don’t block the transmissions of other craft orbiting above them.

“You should have fewer satellites and make them more capable,” Mark Dankberg, Viasat founder and executive chairman, said.

On Twitter, Mr. Musk commented on Mr. Dankberg’s earlier warnings that his company posed a hazard to orbital traffic by tweeting: “Starlink ‘poses a hazard’ to Viasat’s profits, more like it.”

A spokesman for Boeing, which is also challenging Starlink at the FCC, said it is “critically important to the future of a safe and sustainable orbital environment that standards be globally consistent and enable a competitive playing field.”

In the region of space where Starlink operates, satellites orbit the earth at 18,000 miles an hour. Any collision could spread high-velocity debris that could make the orbit unusable for years.

Competitors say Starlink satellites have low maneuverability, meaning that other firms’ craft have to act when collisions threaten.

Starlink satellites have come alarmingly close to other spacecraft twice in the last two years, including on April 2, when a Starlink satellite prompted another operated by OneWeb, controlled by Indian conglomerate Bharti Global and the U.K. government, to make evasive maneuvers, according to OneWeb and the U.S. Space Command.

Mr. Musk’s satellites are equipped with an AI-powered, automated collision avoidance system. Yet that system had to be switched off when a Starlink satellite came within 190 feet of the rival’s satellite this month, according to OneWeb’s Mr. McLaughlin.

When contacted by OneWeb, Starlink’s engineers said they couldn’t do anything to avoid a collision and switched off the collision avoidance system so OneWeb could maneuver around the Starlink satellite without interference, according to Mr. McLaughlin.

Starlink hasn’t revealed details about their AI collision avoidance system. Mr. McDowell, the astrophysicist, said it was hard to take any such system seriously when it remains unclear what data it uses to operate.

A similar incident took place in late 2019, when a Starlink satellite was on a near-collision course with an EU weather satellite, according to the European Space Agency, which runs EU satellites. The agency said it was only able to contact Starlink via email and the company told it they would take no action, so EU engineers had to initiate a collision avoidance maneuver.

Lower earth orbit is getting crowded with broadband satellite constellations: Amazon.com Inc.’s Project Kuiper aims to put out 3,200 satellites, Britain’s OneWeb about 700 and Telesat of Canada around 300. Russia and China are working on their own, potentially massive, constellations.

An EU official said that owning a constellation that can beam broadband internet to Earth is a strategic priority for the bloc. It is expected to publish a road map for a public-private partnership to create a broadband satellite fleet worth around €6 billion, equivalent to $7.19 billion, by the end of the year.

“It’s a race to the bottom in terms of getting as much stuff up there as possible to claim orbital real estate,” said Moriba Jah, associate professor at the Department of Aerospace Engineering and Engineering Mechanics at the University of Texas at Austin. “Musk is just doing what’s legal…but legal is not necessarily safe or sustainable.”

Nevertheless, most governments welcome the onset of satellite-beamed broadband as a cheaper and faster alternative to building broadband networks. In Germany, Europe’s biggest economy, the leading telecom provider Deutsche Telekom recently signalled a willingness to join with Starlink.