Why Goldman Sachs sees the metaverse as a US$8 trillion global opportunity. 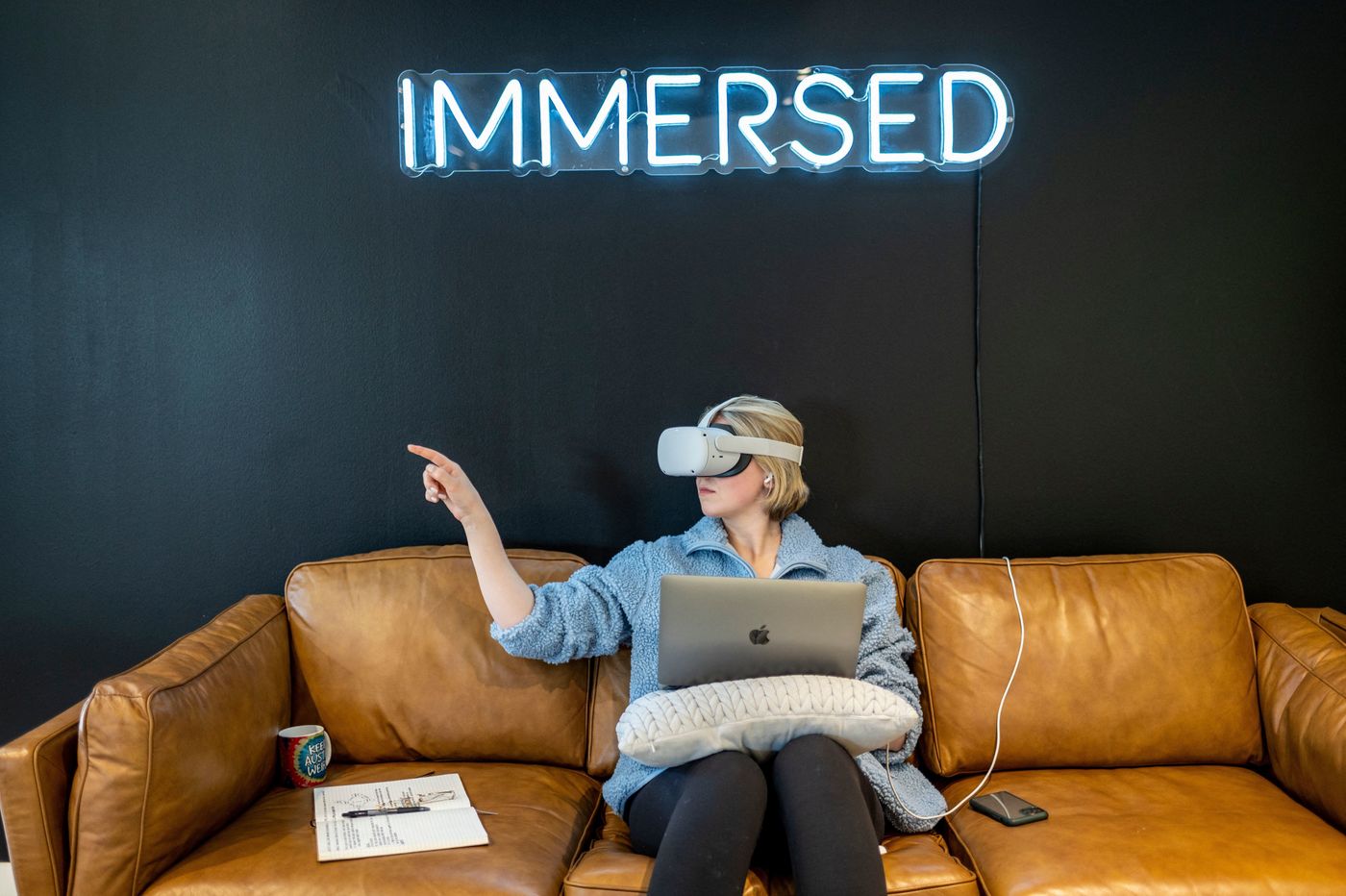 Goldman Sachs sees the metaverse as an US$8 trillion global opportunity, so it’s no wonder the term is on the tip of investors’ tongues. The word was mentioned only seven times during investor presentations in 2020, according to corporate research company Sentieo, but at least 128 times last year. One huge player, the gaming company Roblox, surpassed US$39 billion in market cap in its IPO last March, and last October, Facebook changed its corporate name to Meta, creating widespread interest in the metaverse concept.

Broadly speaking it’s a network of digital, interactive virtual worlds where people come together for entertainment and commerce. Some of it will be experienced through consumer headsets. But while the metaverse’s apex is far off, we’re already living in a version of this digital world. During the pandemic, events like concerts by Lil Nas X and 21 Pilots, the Electric Daisy Concert music festival and fashion shows for Balenciaga and Moncler took place on gaming platforms like Fortnite and Roblox.

Morgan Stanley says there’s been a four-year acceleration in terms of player bases for gaming adoption during the pandemic. “Going forward, we expect that technological advances (such as 5G, edge computing) coupled with more use cases (beyond gaming, social media, entertainment) are likely to drive consumer adoption,” Goldman Sachs wrote in a report.

Penta examined some research and analyses from Goldman Sachs, Morgan Stanley, Blackrock, and J.P. Morgan to identify strategies for investors who want to cut through the hype and figure out how to invest in the beginning of the metaverse’s investment cycle, which is already playing out.

On a recent podcast, Eric Sheridan of Goldman Sachs noted alternative investments are already being made in hardware, infrastructure, and even creator ecosystems for the metaverse. In December, for instance, Nike acquired virtual shoe designer RTFKT for an undisclosed sum as a foray into the metaverse. (Last year, he noted, there was about US$10 billion in private capital raised across related industries.)

Reid Menge of Blackrock wrote that recent volatility might distract investors from the long-term returns of metaverse opportunities. “Secular growth trends, such as digitalization of industries and an ever-growing reliance on data analytics, were accelerated during the pandemic and are multi-year transformations we expect to persist―regardless of the pace of reopening or moves in interest rates.”

Here are some highlights to keep under consideration when investing in the metaverse.

Decentralisation Is the Word

Decentralization is a key word when it comes to the metaverse, impacting both the tech and economic sides of this new world. Moving from central servers to peer-to-peer hosting will be essential to provide the sort of detailed, immersive experiences promised in the metaverse.

“If decentralization stays as its core, there is a debate out there in the technology industry of whether there will be large-scale winners in a Web 3.0, or if there’ll be a greater proliferation of smaller winners that take advantage of different niches,” Sheridan says. It may not mean aiming to pick one good horse from among market leaders, like in earlier iterations of the web.

This may also fundamentally change the nature of how consumers spend in the metaverse, and on what. Digital currencies offer new ways to pay and nonfungible tokens (NFTs) are a novel way to own goods.

“This democratic ownership economy coupled with the possibility of interoperability, could unlock immense economic opportunities, whereby digital goods and services are no longer captive to a singular gaming platform or brand,” J.P. Morgan wrote in a report.

Menge writes that as smartphone companies took off, they controlled both the hardware and the operating software. It helped them dominate the industry, and internet companies don’t want to miss the same opportunity in the metaverse. That’s why they want to provide both the platform and hardware as they enter this new world..

“We see the most immediate opportunity in those companies that can supply the big internet, software, and smartphone companies with the ingredients they need to develop glasses and headsets,” Menge wrote.

Two technologies that will play integral roles in this new universe are virtual and augmented reality. Market intelligence firm International Data Corporation notes VR and AR spending globally is expected to increase fivefold from US$12 billion in 2020 to US$72.8 billion in 2024.

While Goldman Sachs noted that AR represents a larger opportunity, it acknowledged both VR and AR still aren’t commonly used. “[T]he low penetration rates in the next 2 years are a key indicator around the timing of the Metaverse opportunity.”

Once the necessary hardware exists, Blackrock has its eye on “services that can be accessed by the new devices, and the software that will shape the metaverse.” It also likes firms that will design and create virtual worlds in the metaverse.

Goldman Sachs noted that there are fundamental friction points such as “hardware form factor (especially cost curve), broadband connectivity and mass appeal use cases.” These will need to be dealt with to move forward with the metaverse, along with, as J.P. Morgan said, privacy and identity issues and regulatory infrastructure including accounting and tax.

But consumer pain points may prove the most challenging, including whether potential hundreds of millions of new users will be interested in sharing new and extensive private data. While the metaverse could impact any number of industries, such as advertising, e-commerce, education, and entertainment, the potential opportunities can vary.

Morgan Stanley points out that digital media and e-commerce offerings are already robust, and continue to improve. The firm’s Brian Nowak noted that some success stories from venture capital point to the importance of being 10 times better than the next best offering—a high watermark to clear.

“In the end, we have to ask, what consumer pain points will a metaverse solve for hundreds of millions of people?” Nowak wrote. He suggested companies with metaverse aspirations will need a “killer app” or a strong partner to drive mass adoption.