Because its earnings report mattered after all. 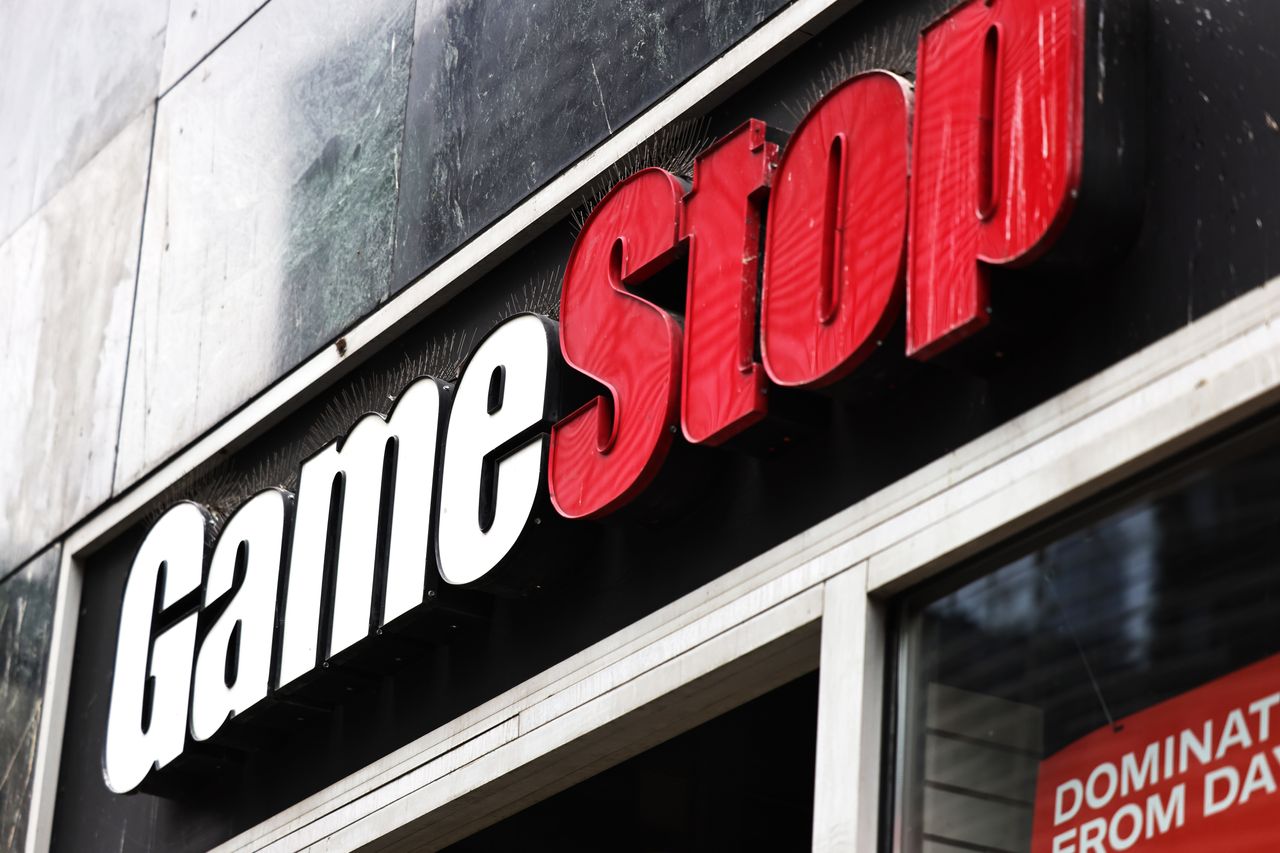 GameStop stock was falling fast on Wednesday after the company’s fiscal fourth-quarter results disappointed analysts. There’s also another elephant in the room: The company is considering selling more stock, which could dilute its shares.

In a filing with the Securities and Exchange Commission, GameStop said it has been evaluating whether or not to increase the size of its previously announced $100 million at-the-market stock-sale program. The company had announced the ATM program in December, with Jefferies acting as the sales agent. The company said it didn’t sell stock as its valuation surged.

GameStop stock received a mix of downgrades, price target cuts, and raises from analysts following the report. “Many on Wall Street have wondered why GameStop has not done an ATM transaction to take advantage of the elevated share price,” Telsey Advisory Group analyst Joseph Feldman wrote. “The answer may be that its balance sheet is in great shape, with cash and cash equivalents of $635MM (incl. restricted cash of $110MM) and debt of $363MM at the end of 2020. The new commentary seems to be a signal that an ATM transaction could be on the way.”

Heading into Tuesday, Feldman had the highest price target listed by FactSet. He lowered his to $30 from $33, calling the event “anti-climactic.” On the flip side, Jefferies analyst Stephanie Wissink raised her target by 1,066% to $175. That’s the new Street-high, in case there was any doubt.

Wissink argued the moves by Chewy co-founder and GameStop board member Ryan Cohen to transform the company into more of a technology firm warrant a completely different valuation method. The company’s earnings release was paired with another trio of hires with e-commerce backgrounds, including Amazon alum Jenna Owens as its next chief operating officer.

Wissink wrote that she moved from basing her target on earnings before interest, taxes, depreciation, and amortization, or Ebitda, to a sales multiple that factors in a shift to e-commerce.

She also makes the point that GameStop has the potential to participate in the rise of non-fungible tokens, or NFTs, and the hosting of shoppable content streams.

“As a result, we expect store closures to persist & sales to transfer to dot com,” Wissink wrote. “Total revs may come down, but value per dollar of sales should increase if non-retail streams are realized.”

S&P Global Ratings analysts Mathew Christy and Andy Sookram wrote in a note on Wednesday that they believe the turnaround will involve sizable execution risks and possibly a material increase in its capital investment.”The recent increase and volatility in GameStop’s share price have not affected our fundamental view of its business or the risks the company faces,” they wrote. “However, we note the potential financial flexibility afforded by its improved equity market standing if it chose to raise additional capital to reposition its business or reduce its debt.”

BofA Global Research analyst Curtis Nagle maintained his $10 price objective and Underperform rating. He notes that while GameStop’s adjusted earnings per share of $1.34 beat his estimate for $1.22, he notes that the beat was driven by a large tax credit during the quarter. The company’s Ebitda came in short of his expectations by 66%.

“We continue to be very sceptical on GME’s efforts to address its long standing issue of digital disintermediation and the fact that its core market in new and pre-owned physical console gaming is shrinking at a rapid pace,” Nagle added. “GME also called out leveraging its existing digital assets like its PowerUp rewards program but this has seen declining engagement for years.”

Wedbush analyst Michael Pachter lowered his rating on GameStop to Underperform from Hold, but raised his price target to $29 from $16. While he still thinks GameStop is well-positioned to benefit from the new consoles from Sony and Microsoft, he says the short squeeze has spiked the stock to “levels that are completely disconnected from the fundamentals of the business.”

“Our downgrade isn’t a reflection of our opinion of company management, which remains very high; rather, it appears that the ‘real’ value of GameStop shares (the price willing buyers are prepared to pay in the open market) vastly exceeds the ‘fundamental’ value we believe investors expecting a financial return can reasonably expect,” he wrote.