One coin that has become prominent in the past month seems even more obscure. 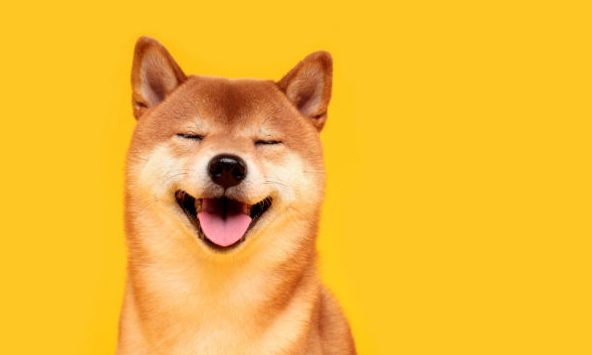 Shiba Inu coin, created in August 2020 by an anonymous person calling themselves Ryoshi, is billed as an alternative to Dogecoin, which itself was created as a lighthearted option to Bitcoin. Shiba Inu feels as if it was willed into existence, and is now being listed on major crypto exchanges through the power of memes, crowds, persistence—and a cute dog.

A website that hosts the coin’s white paper (or rather Woof Paper) calls it “an experiment in decentralised spontaneous community building.” Shiba Inu is built on top of the Ethereum blockchain, like many other coins. By design, each one is worth a minuscule amount—$0.0000078 on Thursday.

It’s like Dogecoin on reverse steroids (each Dogecoin is worth 30 cents, which seems wildly expensive by comparison). The cheaper the coin, the larger the potential community. The market cap of Shiba coin is now about $3 billion, but it climbed over $10 billion last month. It’s the 32nd most valuable cryptocurrency, according to coinmarket.com.

The Woof Paper includes philosophical claims about decentralization that are common in the crypto world—that money and transactions should have no gatekeepers. And, like Dogecoin, it has taken the Shiba Inu—a dog breed from Japan—as its mascot. One tenet of the coin is that the community loves the dogs. Also, it has embraced the title of “Dogecoin killer”.

The founders even gifted 50 trillion of the coins, worth $1 billion at the time, to Ethereum co-creator Vitalik Buterin, who quickly got rid of it by transferring it to a Covid relief fund for India—at which point, Shiba Inu coin briefly plunged 50%.

If this all feels like a trip into a bizarre new world, it’s also shining a spotlight on an emerging trend in crypto and stock-trading. The Shiba website says the community is 520,000 strong and growing, expanding its reach as its memes and philosophy spread on social media. Meanwhile, the crypto world’s gatekeepers are anxious to bring in new users and volume as Bitcoin trading has been relatively weak in recent weeks. Shiba Inu has been listed on major exchanges like Binance.

On Tuesday, Coinbase Global (ticker: COIN) said it would list the coin on its Coinbase Pro platform—generally a precursor for it to be listed for all retail Coinbase users. In addition, Shiba fans started a petition to try to convince brokerage app Robinhood to list Shiba Inu coin. As of Thursday, it had 156,000 signatures.

A Robinhood spokesperson said the company had no comment on the petition. In a previous Reddit discussion, Robinhood Crypto Chief Operating Officer Christine Brown wrote, “We’re always looking into which coins to add to Robinhood Crypto, but for security and compliance reasons we can’t talk about which ones we’re looking into adding.”

There has already been a glitch in Coinbase’s adoption of Shiba Inu coin. It was supposed to start trading on Thursday, but “technical issues” have delayed the launch. Users can withdraw Shiba but can’t deposit it, according to a Coinbase spokesperson. “We will provide an updated timeline for restoring deposits & enabling trading as soon as possible,” she wrote. She did not respond to a follow-up question on what technical issues were causing the problems.

In recent years, Coinbase has been seen as an important gatekeeper in the crypto universe, and coins have tended to spike in value when they get listed on the platform. On Tuesday, Shiba Inu coin jumped more than 30% after the announcement.

Asked about why Coinbase listed Shiba Inu coin, the spokesperson wrote that “we want to be the Amazon of crypto where people can find and buy the assets they want and as part of this, our aim is to list every legally permissible asset possible.”

In its latest earnings report, Coinbase said that the company was concerned about customers going to other platforms if Coinbase doesn’t offer certain coins. It quickly listed Dogecoin after the earnings call, and has been expediting the listing process, giving coin-creators and users new ways to apply for listings. The company says it’s still holding on to high standards for the new coins, however.

“We are confident that based on the information we have access to, that assets available on our platform are appropriate for retail customers,” the spokesperson wrote.

As their strategies shift and they list more coins, the exchanges are likely to become less important gatekeepers in the crypto world, according to Matt Hougan, chief investment officer of crypto fund provider Bitwise Asset Management.

“The days when Coinbase adding an asset to its platform was an implicit stamp of approval are over,” he wrote in an email to Barron’s. It should now be thought of as a platform that “will trade anything that meets its listing standards.”

In general, that’s a good thing. In the traditional investing world, brokers like Charles Schwab (SCHW) play a similar role—offering access, but not necessarily approval. “You can buy some amazing stocks on Schwab, and you can buy some absolute dogs (no pun intended),” Hougan wrote. “We don’t assume Schwab is evaluating the investment merit of every stock that trades on its platform.”

Given the shift, however, it’s even more important for investors to “do your own homework and know what you’re buying, or you should turn to professional crypto asset managers to evaluate exposures for you.”