Texas Blackout Boosts Macquarie Bank By Up To $270 Million

Texas Blackout Boosts Macquarie Bank By Up To $270 Million

Macquarie shares up as a result of Texan deep freeze. 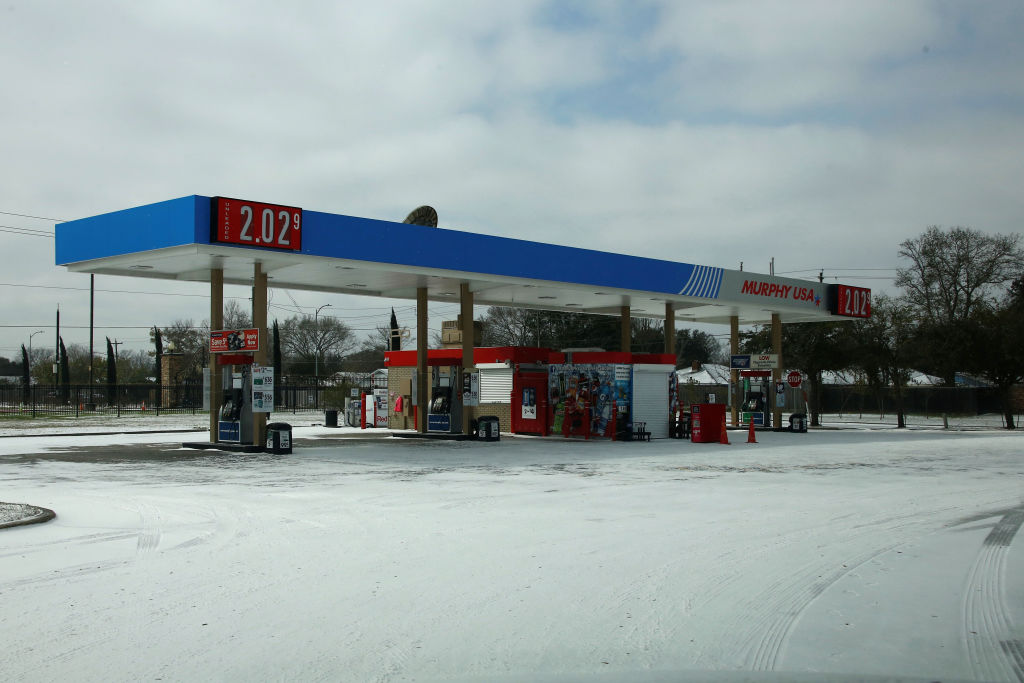 The deep freeze that plunged millions of Texans into darkness is rippling through energy markets in unexpected ways, producing a financial windfall for Macquarie bank and severe pain for other companies caught up in the disruption.

The turbulence led to a bonanza for commodity traders at Macquarie Group Ltd., whose ability to funnel gas and electricity around the country enabled them to capitalise on soaring demand and prices in states such as Texas.

The bank bumped up its guidance Monday for earnings in the year through March to reflect the windfall. It said that net profit after tax would be 5% to 10% higher than in the 2020 fiscal year. That equates to an increase of up to $273.1 million. In its previous guidance, issued Feb. 9, Macquarie said it expected profits to be slightly down on 2020.

“Extreme winter weather conditions in North America have significantly increased short-term client demand for Macquarie’s capabilities in maintaining critical physical supply across the commodity complex, and particularly in relation to gas and power,” the bank said.

Macquarie’s windfall shows how big profits can be made wagering on relative scarcity of natural gas in a country awash in the fuel.

The U.S. shale-drilling boom unleashed so much gas over the past decade that prices have been depressed to the point that producers with gushers have gone bankrupt. Yet gas buyers, such as power plants and manufacturers, are routinely left paying surging prices when demand peaks during winter storms.

Behind such instances of energy feast and famine is a gas infrastructure system that has failed to keep up with all the drilling. Pipelines laid decades before the shale boom are often in the wrong places, or too small to meet today’s demand. Having space reserved on certain pipelines can become incredibly lucrative when uncharacteristic weather causes swells in demand.

Scarcity in Texas and the Great Plains was amplified last week when temperatures dropped low enough to freeze shut many of the region’s gas wells and other energy infrastructure. Capacity on pipelines into the region became precious. Traders and energy firms that had paid in advance for the right to use these supply routes were suddenly in position to rake in huge profits as utilities vied for fuel deliveries.

Macquarie describes itself as the second-largest marketer of physical gas in North America behind BP PLC, with a team in Houston and access to 80% of pipelines spanning the U.S., according to a person familiar with the matter. The business, which Macquarie has built out for over a decade, received a boost from the acquisition of Cargill Inc.’s North America power and gas division in 2017.

The bank rents access to natural-gas pipelines and electricity networks across the U.S., enabling it to profit when prices in some regions are significantly higher than in others and when consumers are in urgent need of fuel or power. That was the case last week, when frozen energy infrastructure and the closure of oil-and-gas wells set off a race for natural gas among Texas power plants and other consumers.

Macquarie sent large volumes of gas from the north of the U.S. to the south, where the cold weather sent prices soaring last week, the person familiar with the matter said. It supplied electricity in Texas as well as gas to generate electrical power.

Shares of Macquarie rose 3.4% on Monday after the company raised its profit outlook. They are now down 2.8% over the past 12 months.

Millions were left without power and heat in Texas last week as the lowest temperatures in decades wreaked havoc on the state’s utilities. Frozen water lines burst and left big residents in cities without safe drinking water. Stores closed because they had no power, which made food and water even more scarce.

Roughly 70 deaths, mostly in Texas, have been attributed to the cold weather, according to the Associated Press. Some are believed to have frozen to death in their homes.

One customer told the Dallas Morning News that his electric bill for five days stood at US$5000, the amount he would normally pay for several years of power. Another told the Dallas-Fort Worth NBC affiliate that he had been charged more than US$16000 for February.

A Griddy spokeswoman said an order by the state utility agency to the operator of the electricity grid to make market prices reflect the scarcity of power pushed up prices for its customers. On Feb. 12, the company started emailing and texting customers to say they might be better off switching providers for a short time to avoid exposure to wholesale prices, she said.

Corporate casualties from the freeze are also starting to emerge. Just Energy Group Inc., a Canada-based energy supplier, on Monday said it faced a financial hit of about US$250 million, in part from buying electricity at sky-high prices in Texas during the cold blast. The company, which said the blow could stop it from continuing as a going concern, saw its shares slump 31%.

In another instance, shares of Atmos Energy Corp. fell 4.4% Monday after the Dallas-based gas supplier said it would have to pay between US$2.5 billion and US$3.5 billion for gas it bought at elevated prices in Texas, Colorado and Kansas. Atmos may issue stock or raise debt to help to pay for the purchases, it said Friday.

German energy company RWE AG said its 2021 earnings would be hit by outages at the company’s wind turbines, as well as from high prices for electricity.