TikTok Crypto Influencers Are Teaching A New Generation of Investors

TikTok Crypto Influencers Are Teaching A New Generation of Investors

An informal group of self-styled cryptocurrency advisors are using TikTok, Discord and other online platforms to reach nascent crypto investors. 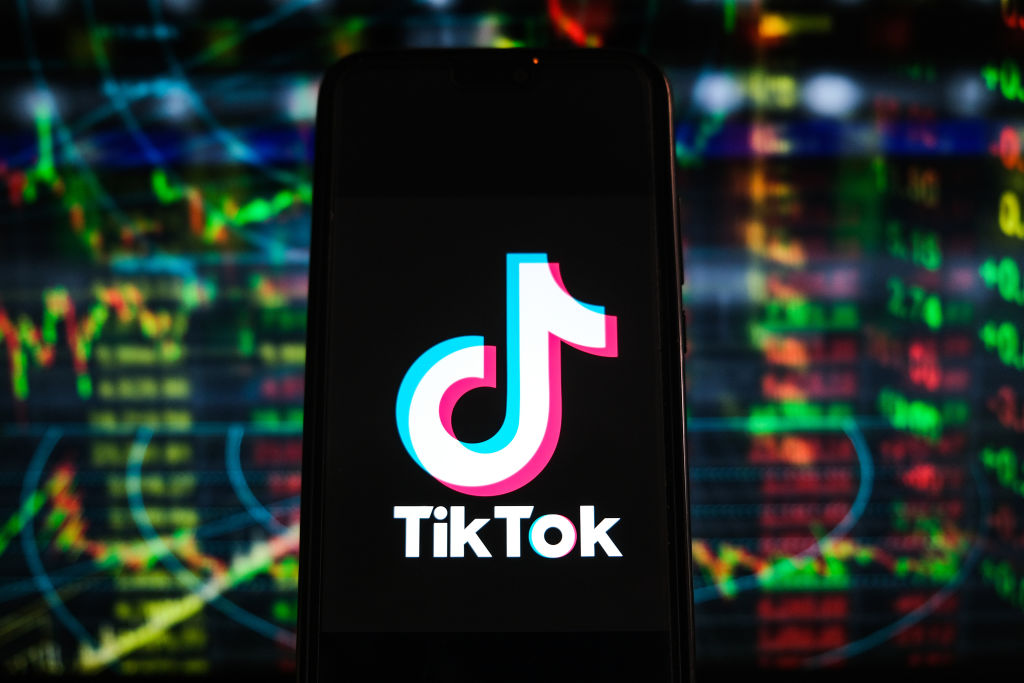 On March 22, 2020, the day before the United Kingdom announced its first Covid-19 lockdown, Joel Davies joined TikTok, excited by the buzz surrounding it. He was unaware that doing so would lead him toward life-changing money. Davies, 23, had been interested in cryptocurrency since the age of 16, but apart from a small investment in Bitcoin, his curiosity remained on the back burner while he finished his studies in film, television and digital production at Bath Spa University. After graduating in 2019, Davies moved back into his parents’ house in South Wales, stacked savings from his marketing job and, in the evenings, logged on to a Discord server, a communication platform he discovered through Dennis Liu, 26, a leading crypto influencer on TikTok, who also goes by the name VirtualBacon.

“When I found VirtualBacon on TikTok, that spurred me more into investing and learning about [cryptocurrency],” says Davies. Liu’s down-to-earth style and emphasis on research and analysis stood out to Davies in a space that he saw as rife with shilling, scams and hyperbolic price targets. Aided by VirtualBacon’s Discord community and TikTok videos, Davies learned the basics of investing in crypto, including how to trade on centralized exchanges and create a digital wallet, then more advanced skills, such as how to analyze tokenomics and assess the fundamentals of a company. He made his first crypto investment a month into the U.K. lockdown. Over the course of a year, Davies says he transformed his initial investment of 2,500 GBP into nearly 100,000 GBP (about $3,548 into nearly $141,930).

Perhaps no other market is more susceptible to social media’s influence than cryptocurrency, where, for instance, a single tweet from Elon Musk can pump Dogecoin, a meme currency, to all-time highs or send Bitcoin spiralling. One TikTok user created a coin called SCAM (“Simple Cool Automatic Money”) as a joke and it grew to a $70 million market cap an hour after its release. It is currently at an approximately $850,000 market cap.

Newer, self-directed investors are more likely to put their money in riskier investments like cryptocurrency, in part because of the thrill, novelty and social cachet, according to a study commissioned by U.K. watchdog Financial Conduct Authority. Much of cryptocurrency’s buzz, the study found, is due to influencers and hype on social media. An informal coterie of crypto enthusiasts has recently flocked to TikTok because it represents the greatest potential to expand their audience, says Liu. And the audiences they are reaching likely skew young, according to an April survey from Pew Research Center that shows 48 percent of adults under age 30 say they use TikTok, compared to just 22 per cent of those ages 30 to 49. Scams—like meme economies in which online memes are treated like financial commodities and vice versa as well as pump-and-dump schemes—also run rife, according to some influencers on the platform.

“When I started doing crypto [videos] on TikTok, nobody was doing them,” Liu says. Liu’s first foray into crypto was mining Dogecoin—using computers to solve complex mathematical problems in order to introduce new coins into circulation—from his McGill University dorm room in 2014. In 2017, he had some extra cash he wanted to invest and crypto was what he knew best. “It’s a more risky playing field, but, in a weird way, that’s kind of more fair for someone that’s new—a younger audience,” he says. Liu’s most popular TikTok videos are timely analyses, he says, of major price shifts in Bitcoin and Ether, especially when they dip, and other highly traded crypto assets. “People on TikTok are often very new investors, so those types of videos do well,” he says. “It’s not just analysis, but a bit of reassurance to calm their minds in the volatile crypto market.” In his videos, his straightforward delivery, talking over a green screen that displays a coin’s chart or other information, is now a popular format on crypto TikTok.

CryptoWendyO, the TikTok username of a person who says she is a woman in her 30s and declined to give her real name, saying that she has experienced online harassment, makes four to eight TikTok videos a day, analyzing Bitcoin’s price movement, responding to questions in the comments or rounding up the top three daily news stories in crypto. Her most-watched video has over 500,000 views and details a simple investment strategy known as the “moon bag.” “The moon bag strategy is you pull out your initial investment once you’re in profit, and then you take your initial investment and roll it into another project,” she says. “Rinse and repeat.”

CryptoWendyO says she didn’t take TikTok seriously at first but was won over after Ben Armstrong, who goes by BitBoy Crypto, among the most popular crypto accounts with over 2.6 million TikTok followers, encouraged her to join. “TikTok is a great platform to get a large amount of information in a very short amount of time,” says CryptoWendyO. “I can get a lot more on a TikTok video than I can on a Twitter [thread], and more people are going to watch the TikTok.”

Lucas Dimos, 20, known on TikTok as TheBlockchainBoy, says he first heard of Bitcoin from his mom in 2017. “I came for the money, but I stayed for the tech,” he says, echoing a common refrain on crypto social media. Later, he started his own blockchain company, CryptoKnight, to develop an algorithmic trading bot and today runs a Discord server by the same name. Dimos joined TikTok on January 27, 2021 in the heat of the GameStop short squeeze. Since then, he has gained more than 210,000 followers.

A study by Paxful, a cryptocurrency trading platform, analyzed more than 1,200 videos from TikTok finance influencers and determined that one in seven videos misleads viewers by encouraging them to make investments without making clear the content is not meant to be taken as professional financial advice. The study did not conclude whether or not the videos intended to mislead. Dimos describes what he sees as an ecosystem of undisclosed paid promotions. “Developers will go to the influencer and say, ‘We want to give you $3,000 worth of this token—make a video, hype it up and then you can sell for a massive profit,’” he says. (Dimos and CryptoWendyO say they disclose all of the sponsors in their videos, per TikTok’s community standards. Liu did not respond to a request for comment about compensation and sponsorship.)

TikTok declined to comment for this article. Its community guidelines state, in part: “We remove content that deceives people in order to gain an unlawful financial or personal advantage, including schemes to defraud individuals or steal assets.”

Dimos and CryptoWendyO stay away from meme coins, which tend to be online jokes that are turned into cryptocurrencies, like Dogecoin. “By the time the videos circle TikTok’s algorithm, the coin is already pumped and dumped,” says CryptoWendyO. This happened on May 12 with Shiba Inu, a meme coin, which the coin’s website has nicknamed the “Dogecoin killer.” In part thanks to viral TikTok videos targeting investor FOMO—“fear of missing out”—in the wake of Dogecoin’s parabolic rise, $SHIB rocketed in price, increasing 25-fold within the beginning of May, until an approximately $1 billion sell-off by Ethereum co-founder Vitalik Buterin, which he said was a donation to help fight Covid-19 in India, caused $SHIB and several other meme coins to plummet.

Dimos believes all the scamming—what insiders call “rug pulling”—that happens on TikTok in particular, not only takes advantage of new, vulnerable investors, but also tarnishes the image of cryptocurrency. “Every meme coin that exists today feels like a spit in the face to people like me who’ve worked for the professional blockchain industry,” he says.

After becoming an early and active member of VirtualBacon’s Discord server, which has over 20,000 members today, Davies recently joined VirtualBacon in an official capacity, serving as the content marketing lead for BaconDAO, or “decentralized autonomous organization.” Led by Liu, a community of expert contributors shares daily market analysis, picks for low-market-cap “gems” and other insights, while the community can vote on what topics Liu will cover in his TikTok videos, ask questions and chat about their trades. Although it’s not yet publicly listed, those who purchase and hold the $BACON currency will gain access to BaconDAO exclusive content.

TikTok has exposed a class of new investors to cryptocurrency, but for crypto influencers it is now becoming a feeder channel for other online platforms, like the BaconDAO community and Patreon, where many influencers monetize their Discord channels by charging for access. Young crypto investors seem to be particularly mercurial. In March 2021, one year and six figures later, Davies became bored by TikTok and deleted it.