To Find Your Next Job, Ditch the Online Resume Portal

To Find Your Next Job, Ditch the Online Resume Portal

Companies and candidates frustrated by online applications are reverting to in-person meetings. 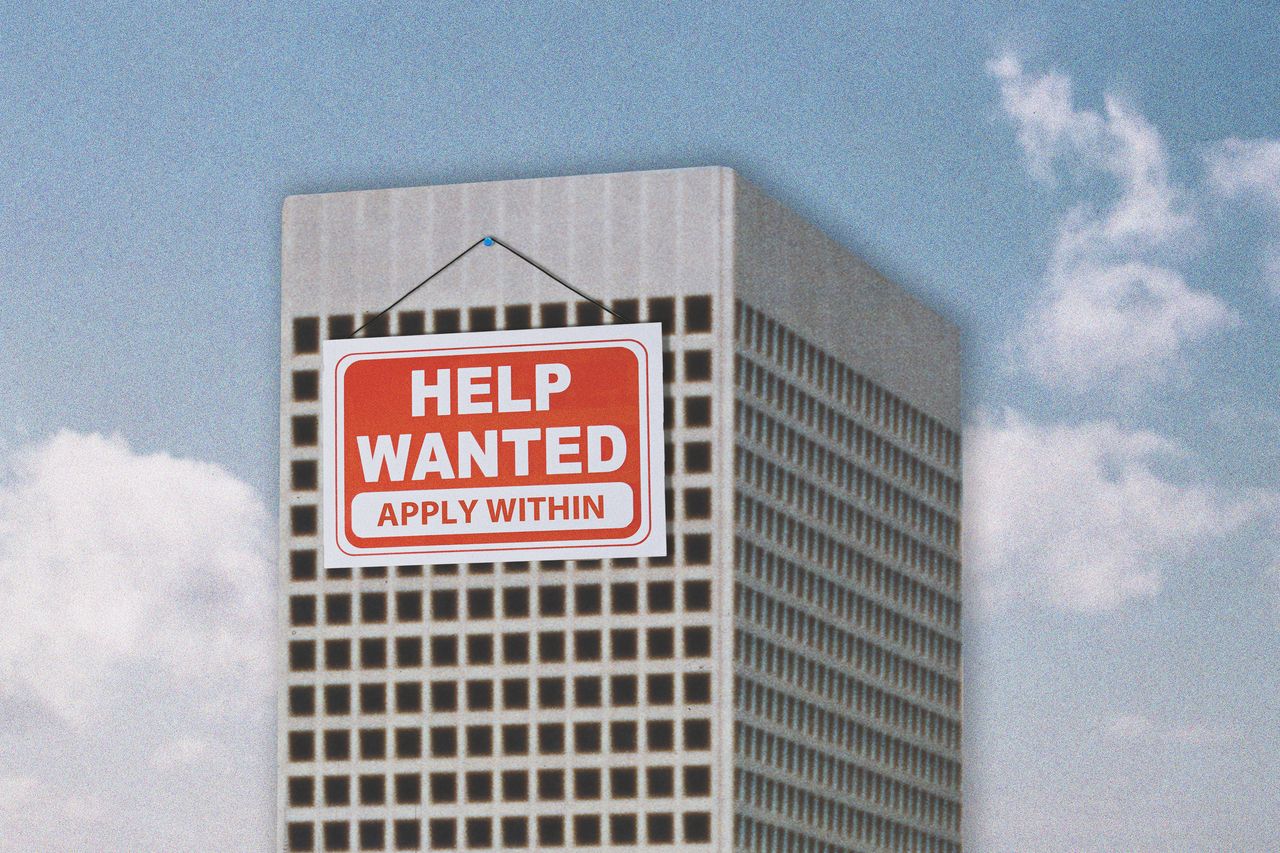 The job market is confounding. Managers say they’re still struggling to find good people to hire, while job seekers say that applying online can feel like shooting their résumés into outer space. Why bother?

I hear from a lot of bosses who say the software they use to screen job candidates is failing them. A lot of good-on-paper job candidates fall short during the interview process because they are lacking in the soft-skills department.

At the same time, people who want new jobs are telling me they’d make great employees if only they could talk with the person who’d be their boss.

There’s an idea: Human connection. A foot in the door, a shake of the hand and a face-to-face conversation could be a way to fix this disconnect, according to companies and candidates who are refocusing on in-person recruiting and pitching.

The walk-in strategy that landed your first job bagging groceries or scooping ice cream just might help secure your next one. Taped-up invitations to “apply within”—rendered obsolete by digital HR portals and impractical during the pandemic—are reappearing on office doors and storefronts for white-collar and skilled trade jobs from Reno, Nev., to Cincinnati to Hyannis, Mass., business groups say.

“Are you awesome? Because we’re NOW HIRING,” read a sign this month on the door of the Classic Arcade Pinball Museum in Chattanooga, Tenn., which was in need of an assistant manager. “Apply inside!”

Owner Dave Alverson told me the role isn’t complicated and pays a modest wage but requires strong interpersonal skills—and he’d grown frustrated with online application systems that couldn’t vet people’s ability to make conversation and create a welcoming atmosphere. So, he went old school in search of someone who’s passionate about games from the ’70s and ’80s. He hung a sign to solicit walk-ins, interviewed several promising candidates, and last week filled the position with someone he thinks will connect with customers.

An in-person introduction helps judge qualities that don’t show up on a résumé, bosses say—like whether an applicant seems reliable, or someone apt to “ghost” the company after a few days. Tom Sullivan, vice president of small business policy at the U.S. Chamber of Commerce, says members’ top concern is finding people who will show up for the second week of work, instead of quitting soon after starting.

Worker flakiness is rampant and reflects a sense that another job is easy to come by, although fears of a recession are beginning to shake some employees’ confidence. Some others are discovering job searches are tougher than they expected.

Nicolle Allred says she has struck out on about 100 online applications for remote project-management positions. The trouble, she suspects, is that her experience as an Air Force reservist and stay-at-home mother for the past six years doesn’t translate well to the software that is scanning forms and winnowing pools of candidates.

The 36-year-old from Utah says her next move might be walking into local companies, résumé in hand.

“You really just need to be given that chance to reflect your passion and your ability to learn,” she says. “I think that’s all it takes: just put me in front of somebody instead of online.”

As some companies cut back on hiring, job seekers who take the initiative to apply in person could have an advantage over those who hit an online “submit” button. Several managers seeking workers in fields such as education, carpentry, retail and hospitality told me they consider walk-in applicants who impress them, even if those candidates don’t satisfy every requirement and would be screened out by software.

At a new Wyndham Destinations resort in Atlanta, recruiter David Cohn has been trying for four months to fill 120 full-time positions in sales, marketing and operations. Typical compensation is about $75,000, and good sales professionals could earn six figures with commissions, he says. Though the company uses digital applications, “I would be more than happy to talk with anyone coming in off the street,” he adds.

Ohio Living Llanfair, an eldercare facility in Cincinnati, started “walk-in Wednesdays” earlier this year because digital job boards weren’t producing enough qualified candidates and some new hires were leaving almost as soon as they started, says executive director Ann Roller. The move has attracted new staff, she says—some of whom were offered jobs on the spot, pending background checks.

Some companies are experimenting with versions of drop-in hiring for more advanced positions, like software developers.

Intel plans to simulate this kind of old-fashioned hiring by hosting a job fair in the metaverse early next year. Tech workers—or people who want to be tech workers but have unconventional backgrounds—will strap on virtual-reality headsets, select avatars and pitch themselves to Intel.

“We’re still working through the details, but I’m assuming people will look like aliens or something,” says Intel spokeswoman Chelsea Hughes, adding that the goal is to prevent imperfect algorithms and unconscious biases from filtering out good candidates.

The company will use a voice changer in interviews, too—one that hopefully won’t make every applicant sound like a kidnapper in an action movie.

“I wonder if I could be Deadpool,” aspiring software developer Kenny Hazlett said when I told him about Intel’s idea to represent candidates as avatars. The South Carolina man figures he might have better luck as a Marvel Comics character.

Mr. Hazlett, 29, estimates he has applied unsuccessfully to 400 tech jobs, all online, since graduating from a coding boot camp in May. A former car salesman, he’s trying to make a career change and wants a chance to meet and win over a manager—whether in the metaverse or in the flesh.

It has worked before. He says he broke into car sales several years ago by donning a suit and going door to door at dealerships, asking for a job until he got one.

“I didn’t even have a car at the time,” he says. “I just walked from place to place, shaking hands.”

Some people are trying that method now, and in unconventional settings. Grace Olivia Croson was in her backyard in Virginia a couple of weeks ago, checking the progress of a patio and gazebo project, when a man wearing a polo shirt and khakis strolled onto her property.

“He just walked up to my contractor and said, ‘Hey, I saw your truck outside, and I was wondering if you’re looking for workers,’” Ms. Croson recalls. She says the contractor seemed surprised but asked about the man’s experience and took his number.

Ms. Croson, a 40-year-old education recruiter, was so struck by the man’s chutzpah that she wrote about the episode on LinkedIn and included an invitation: “If you’re a #speechlanguagepathologist #schoolpsychologist or #specialeducation #teacher please feel free to walk in my backyard and apply.”