Warren Buffett to Offer a New Spin on Modular Construction

Warren Buffett to Offer a New Spin on Modular Construction

A startup owned by Berkshire Hathaway aims to make the construction industry more like car manufacturing. 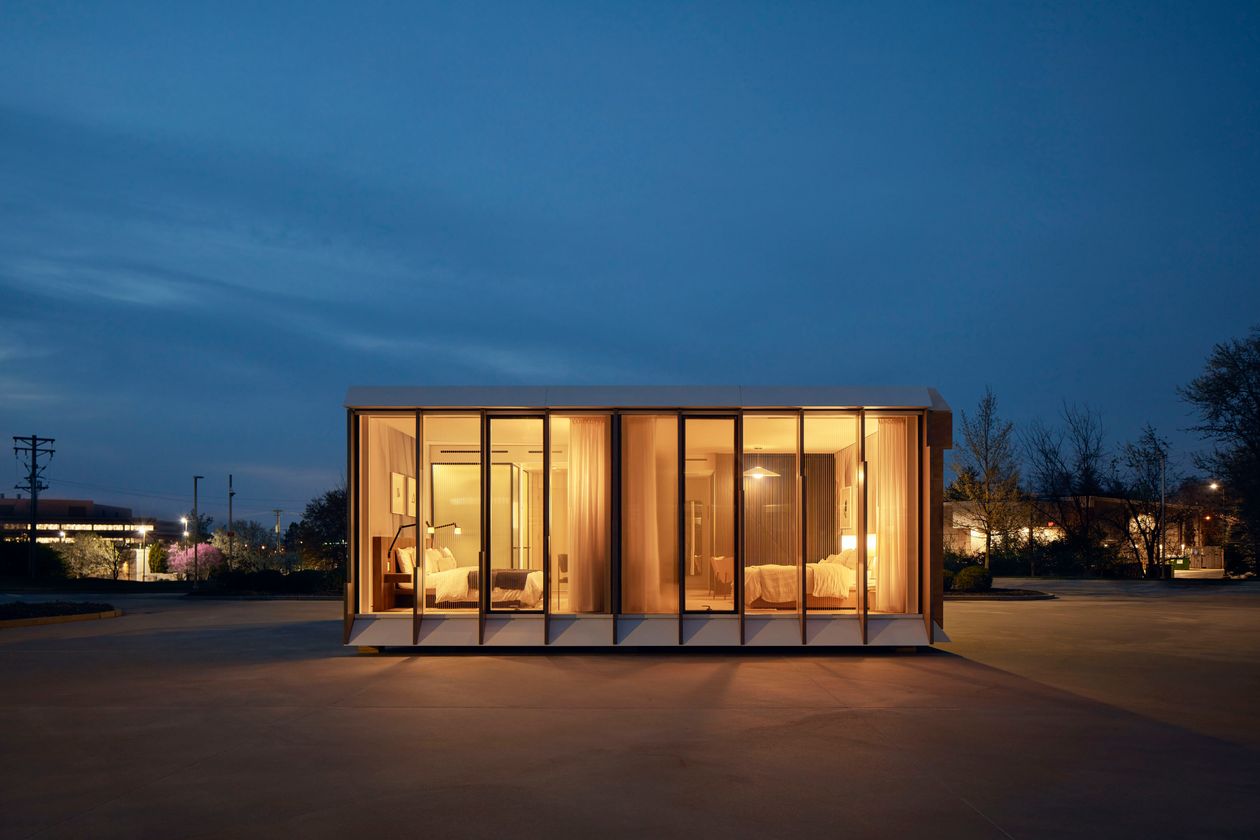 A startup owned by Warren Buffett’s Berkshire Hathaway Inc. aims to shake up the construction industry by making it more like car manufacturing.

MiTek Inc., a Missouri-based construction-technology company, is launching a new modular building venture with New York City-based architect Danny Forster & Architecture. The company plans to build entire rooms for hotels and apartment buildings in factories, and then send them to a construction site to be stacked on top of each other.

MiTek has more than 6,000 employees and sells building components, construction software and services like engineering. The company said it is investing tens of millions of dollars in the modular venture, and plans to start working on its first projects early next year.

Modular construction isn’t new, but companies have struggled to be profitable. Transporting entire rooms to construction sites can be expensive, and some finished buildings have suffered from leaky facades.

Other efforts to streamline the construction process have also had issues. Katerra Inc., a Silicon Valley-based startup, has been looking to move a bigger part of construction work to factories and become a one-stop shop that cuts out middlemen like plumbers and architects. But it has struggled under this model, and its main backer, SoftBank Group Corp., had to bail it out.

MiTek looks to modernize modular construction by requiring assembly by general contractors. Instead of building entire rooms in a factory and driving them to a construction site on a flatbed truck, MiTek wants to ship kits of manufactured building parts along with instructions.

General contractors would then construct rooms from these parts, which would include a steel cage forming the structural support for the room, in a warehouse or other type of industrial building near the construction site.

Shipping the parts, rather than entire rooms, keeps transportation costs low and allows MiTek to supply the country from its factory in Lebanon, Pa., said Todd Ullom, the company’s vice president of modular building solutions.

That companies continue to invest in modular construction despite the challenges speaks to the business model’s promise, proponents say. Construction is a massive industry, plagued by rising costs and inefficiencies. Anyone who manages to automate it the way Henry Ford once changed car manufacturing stands to make a fortune, some industry observers say.

“How come an entire industry is operating on mid-to-late-20th-century mode when we’re a quarter of the way, almost, into the 21st century?” said Barry LePatner, a New York-based construction attorney. “It drives me crazy.”

MiTek’s approach brings its own challenges. Relying on customers to assemble rooms based on written instructions can be tricky. Many general contractors are resistant to change, which could lead to friction and mistakes.

Mr. Ullom, who worked as a general contractor for more than 30 years, said relying on a single supplier instead of numerous subcontractors reduces risk, and the instructions are simple to follow. He said MiTek would offer on-site training.

MiTek also plans to automate much of its 225,000-square-foot factory, for example by using robotic welders, not unlike how auto makers assemble cars. Architect Danny Forster’s firm has designed what could become the world’s tallest modular hotel, a planned 26-story building for Manhattan. He said other modular-construction companies moved work from building sites into factories but failed to make it faster or more efficient.

“A lot of times it has been bringing the chaos of the construction site and just putting a roof over it,” he said.