Female investors have a cautious view of equities. That is a problem—for women as well as the rest of the finance world. 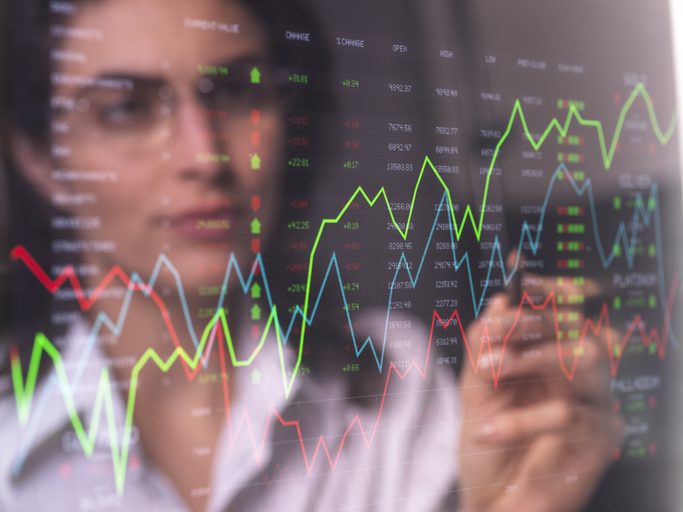 “I think we’re a bit outnumbered, but we’re here.” So said one commenter on a Reddit thread about whether women joined in the recent WallStreetBets trading frenzy.

Female investors largely sat out the riskiest punts taken on stocks like GameStop. That may be no bad thing considering the videogame retailer’s stock is down over 80% from its late-January peak. But low female participation in stock-market investing more generally is a problem, for women and the finance industry alike.

Less than one-quarter of deposits into U.S. brokerage accounts were made by women in January, according to consumer-spending data analytics firm Cardify. Globally, the situation may be even worse: Israel-based brokerage eToro said that female investors make up just 14% of its registered users, most of whom are in the U.S. and Europe.

Some trading platforms did a good job of signing up women during the pandemic. Just over a third of Robinhood users were female at the beginning of this year, up from 20.5% a year before, according to Cardify. For the finance industry as a whole, though, attracting more female custom remains a frustratingly slow work in progress.

Women tend to be more conservative investors than men, preferring to put their wealth into real estate, cash or bonds while steering clear of equities. Credit Suisse surveyed a sample of existing clients and found that almost half of its female customers have 90% of their wealth tied up in low-yielding cash and fixed income—well over double the exposure the Swiss bank recommends.

That kind of caution has downsides, particularly when interest rates are as low as they are today. Since the global financial crisis, cash has returned a paltry 0.6% annually, while 10-year Treasury bills have returned 4.8%, based on Portfolio Visualizer calculations. By comparison, the U.S. stock market has averaged 12% a year.

Governments and companies are increasingly shifting the responsibility for a secure retirement onto individuals, raising the stakes for individuals’ investment decisions. Getting women to increase their exposure to equities is all the more important because they outlive men, so need their pension pots to last longer.

The underlying reasons for women’s caution as investors are complex. They are still paid less than men. Earnings and pension contributions can be disrupted when mothers take time out of the workforce to rear children, hampering their ability to put money aside for the future. Many women prioritize keeping what they have safe instead of investing in better-returning assets that could help offset these pay gaps. The wider issue here is that risk tolerance typically rises with wealth, for both sexes.

The finance industry also has a longstanding image problem with women. For some, investment jargon is the turnoff; for others it is the sometimes patronizing financial products targeted at them.

Warren Buffett once quipped that part of his investing success came from “only competing with half the population.” In reality, few people are benefiting from the status quo. Women are missing out on a share of stock-market spoils. Asset managers are losing out on the higher fees that come from higher-yielding assets. Robinhood needs female customers to maintain its blistering user growth as the startup prepares for a mooted initial public offering.

When they do enter the stock market, women’s investment behaviours often lead to good returns. They tend to think long-term, spread their risk by buying diversified funds and rack up lower fees by trading less frequently than men. That kind of steady capital might help to offset some of the excesses seen in the market this year.

Currently, women’s share of financial assets globally is estimated at 30% by Credit Suisse, or 40% including real assets such as property, which tend to be more evenly distributed. Those numbers should grow as women join the workforce in greater numbers and accept higher-paying jobs. That may automatically improve the situation, as they have more money to invest and can afford to take greater risks with it. Catering to women’s financial needs is likely to become a more competitive business in future.

Yet the finance sector also has a role to play. Robinhood makes much of its mission to “democratise” the industry, and has indeed turned more women’s heads in a matter of months than some traditional brokerages managed in years. With women still heavily outnumbered on even the most accessible apps, though, there is much further to go. Democratising finance needs to include a better pitch to the other 50% of the population.