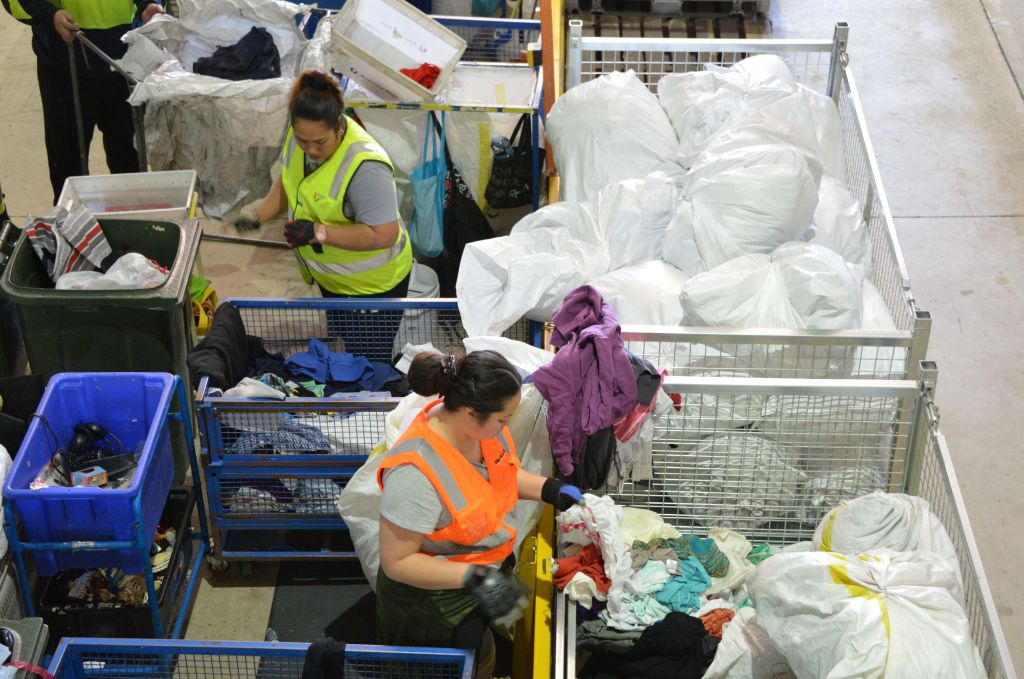 The shift to a global economy based on reusing, repairing, and recycling—instead of making things, using them, and then throwing them away—is gaining traction as a sustainable investing theme.

Today, only 8.6% of the global economy is circular as the world consumes 100 billion tons of materials a year, according to Circle Economy, an Amsterdam-based global impact group.

Closing the loop on how goods are produced and consumed can address the problems created by depleting the Earth’s resources, in addition to the problems of pollution and climate change. According to the U.K.’s Ellen MacArthur Foundation, 45% of global greenhouse-gas emissions are generated by the creation and use of products and food, while the rest is generated by the use of energy.

Rising environmental challenges such as drought, fires, and flooding, in addition to changing consumer preferences and government regulation, are driving companies big and small to break away from a reliance on finite resources and to seek other solutions, says Jessica Matthews, head of sustainable investing at J.P. Morgan Private Bank.

That means, “by 2030, the circular economy could yield up to US$4.5 trillion in economic benefits globally,” she says. The benefits? “Saving 92 million tons of textiles in landfills, 1.3 billion tons of food waste, and 45 trillion gallons of water wasted through food production every year,” she says.

This multi-trillion dollar opportunity is leading growth-oriented, as well as sustainability-minded, investors to pay attention to this growing theme, as the push to create a circular economy drives innovation and new business models.

“Companies are innovating to tackle the challenge,” Matthews says. “That’s why it’s a growth story.”

The private bank currently has about US$12.5 billion in client assets invested in sustainable strategies across 100 funds on its platform, Matthews says. The assets are in all kinds of vehicles, from exchange-traded funds to private equity—and represent a range of investing approaches.

Matthews recently spoke with Penta about the potential for investing in the circular economy today.

What makes the circular economy an investing opportunity is that companies stand to profit more by reusing, refurbishing, and repairing products rather than sourcing virgin materials to make them, Matthews says.

Circular practices already are being used by clothing companies as well as technology and manufacturing companies, the Ellen MacArthur Foundation said in a September report titled “Financing the Circular Economy.”

In 2019, the resale market for fashion, including companies such as the RealReal, grew 25 times faster than the broader retail sector, while Philips, a Dutch conglomerate, reported 13% of revenues resulting from its circular practices.

In addition to major companies that are reforming how they make things—such as Unilever’s pledge to cut its use of virgin plastics in half by 2025—small companies are sprouting up to facilitate the shift, the report said.

Examples include RePack, based in Helsinki, which makes reusable, returnable packaging for products bought online, and Algramo, a Chilean startup, which allows consumers to refill cleaning products made by companies such as Procter & Gamble and Nestlé.

The move away from plastics for packaging is expected to create a US$700 million demand for corrugated cardboard in Europe and the U.S., the foundation said.

There were also at least 10 corporate bonds issued globally with the assistance of major investment banks such as Goldman Sachs, HSBC, and Morgan Stanley, with proceeds either in full or in part dedicated to circular practices, the foundation said. Issuers include Alphabet’s US$5.75 billion sustainability bond (with a circular economy component), Daiken Corp.’s JPY5 billion (US$46 million) bond, and Owens Corning’s US$450 million bond.

Private market equity, debt, and venture capital funds are also on the rise—there were 30 funds as of the first half of last year, up from three in 2016, the foundation said.

At J.P. Morgan, Matthews is evaluating the available public mutual funds and is looking to bring one on its platform. Since many of the companies involved in the circular economy today are in niche businesses, “you have to be careful about how limiting you are in your universe,” she says.

Public funds focused broadly on companies with the best environmental, social, and governance practices also buy stocks of corporations on the leading edge of the circular economy, even if these companies—such as Unilever, Adidas, and Nike —don’t represent a distinct circular economy story.

J.P. Morgan is also looking at private markets. Similarly, the bank has found more opportunities to invest in the circular economy through funds that look at sustainability broadly, Matthews says. For instance, the bank has invested with a private venture firm focused on sustainability and climate solutions that has invested in a company working to create cold-pack packaging with less Styrofoam.

“Where [the circular economy] becomes more widely adopted and seen is in being favoured in broader sustainability portfolios,” Matthews says, adding that ESG managers doing fundamental research today will find themselves looking at some of the trends around circular, because “they are still underappreciated by the market.”