Bidding to Begin on the Most Expensive House for Sale in the U.S.

Bidding to Begin on the Most Expensive House for Sale in the U.S.

Marking the start of a four-day affair that will see an ultra-exclusive audience bid for the home. 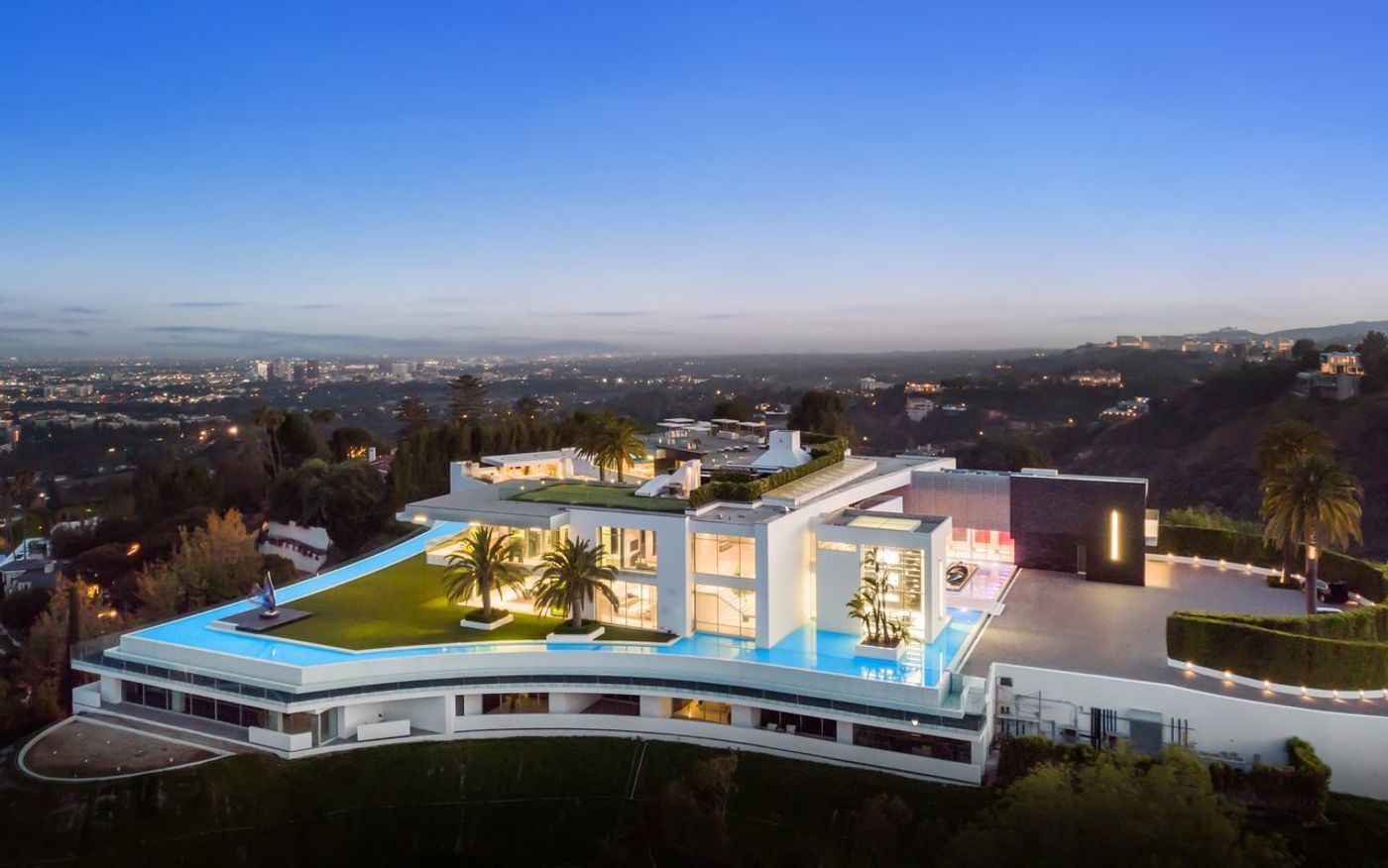 The multimillion-dollar Los Angeles megamansion known as The One, is live at auction at 7 p.m. Eastern time on Monday, marking the start of a four-day affair that will see an ultra-exclusive audience bidding for the $405 million goliath with no reserve.

The hammer will drop on the Bel Air hilltop estate just weeks after it officially hit the market in mid-January with that nine-figure price tag, though the developer of the 9755-sqm spread has previously estimated the value to be as high as $688 million.

The online auction, which runs through Thursday, is being handled by Concierge Auctions, in collaboration with real estate agents Aaron Kirman of Compass and Branden and Rayni Williams of The Beverly Hills Estates.

“The time has come for this legendary property, The One, to sell and make history,” Ms. Williams said in a statement. “And may the best bidder win.”

Developed by film producer-turned-developer Nile Niami nearly 10 years ago, The One sits on close to 4 acres surrounded by a moat on three sides and with panoramic views of the Pacific Ocean, downtown Los Angeles and the San Gabriel Mountains.

Festooned with high-end features, the 21-bedroom palace boasts five pools, a massive nightclub, a full-service beauty salon, a 10,000-square-foot sky deck, a home theatre seating more than 40 people and a 400-foot private outdoor running track with a glass-walled view of the city.

In fact, its lengthy list of amenities may only be surpassed by the column inches that have been dedicated to the embattled home.

The home was engulfed in a legal battle between the lenders, including Hankey Capital and Lanes Management, and Niami-related limited liability company, Crestlloyd.

Crestlloyd LLC, which lenders accused of defaulting on loans, filed for bankruptcy in October to keep the property from foreclosing. And a Los Angeles court appointed Ted Lanes of Lanes Management as receiver, who is authorised to prepare the property for the sale, Mansion Global previously reported.

“The One is created for today’s billionaire seeking a truly unrepeatable asset, and when it sells, it will be the most significant purchase in the world,” Mr. Kirman said in a statement. “While in 2021, digital properties like NFTs grabbed headlines for monumental one-of-kind-sales, 2022 brings us back to the physical world with The One—a real estate property unmatched in size, scale, safety and triumphant design.”

If it sells for close to its listing price, it would set a record, not only for Los Angeles but for the U.S., surpassing the approx. $327 million billionaire hedge fund manager Ken Griffin paid for a New York City condo in early 2019.