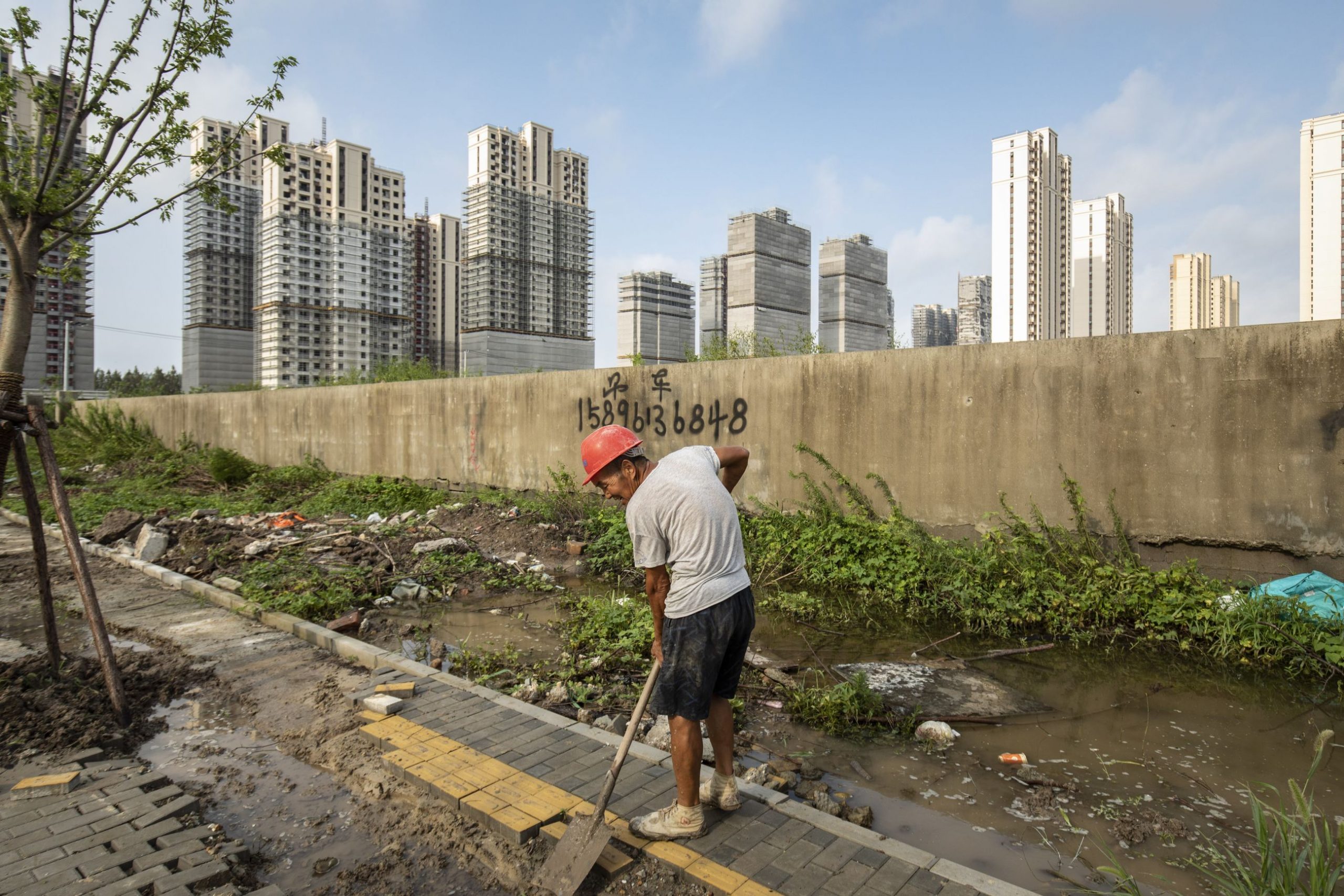 Home sales in China are seizing up as curbs on lending and worries about developers’ financial health deter house buyers, casting a pall over an industry that is central to the Chinese economy.

In recent days, numerous big developers have reported lower sales figures for September, with many showing year-over-year declines of more than 20% or 30%. That is a stark drop-off for a month that leads up to China’s Oct. 1 National Day holiday, whose promotions usually make this one of the strongest selling periods of the year.

If sustained, the sharp downturn could have serious economic consequences. Real estate has played an outsize role in China’s economy in recent years, compared with its importance in many other countries, and Chinese families have much of their wealth tied up in homes and in investment properties. Slower sales could spill over into investment and construction, potentially hurting growth, employment and local government finances. Discounting to spur sales could hurt home prices and hit household wealth.

Developers such as China Evergrande Group are very publicly struggling to adapt to a series of changes, including rules dubbed the “three red lines” that were introduced last year to curb debt growth at financially weaker companies, as well as caps on banks’ property lending. Some have missed interest payments, and stock and bond prices have dropped sharply across the industry. The news has alarmed home buyers, especially as developers sell many apartments before they are built.

The sales slowdown was partly a result of tighter government policy on mortgages and waning confidence among home buyers, said Cheng Wee Tan, a senior equity analyst at Morningstar. Customers are worried that developers won’t be able to complete their projects, and media reports about unfinished Evergrande constructions have added to those fears, he said.

Tian Guo, who lives in the eastern city of Wenzhou, had been actively looking for an apartment. She said she was now hesitating, after news about Evergrande made her worried about developers’ finances.

She said she now wouldn’t consider buying properties that were still being built. “I’m afraid they will be left unattended before construction is finished,” said Ms. Tian, who is 25 years old. “If we really had bad luck—throwing in our lifetime savings to buy an unfinished apartment—then we would be doomed,” she added.

On Tuesday, Longfor Group Holdings Ltd. and China Resources Land Ltd. became the latest major real-estate companies to release weak data. In a filing, Longfor said September’s contracted sales totalled the equivalent of $3.1 billion. That was down nearly 33% from a year earlier. China Resources Land reported a drop of nearly 24%.

Contracted sales are a widely watched industry measure. They reflect new contracts signed with home buyers and are a more forward-looking measure than revenue, which is typically recorded when companies hand completed units over to purchasers.

Stronger players haven’t been spared, with contracted sales falling 34% at China Vanke Co., the country’s largest developer by market value. Unlike many of its peers, Vanke also enjoys investment-grade credit ratings, indicating its debt is seen as comparatively safe.

Evergrande hasn’t reported figures to Hong Kong’s exchange yet but warned on Sept. 14 that “ongoing negative media reports” had deterred home buyers, which would likely mean significantly lower sales in September. The other developers didn’t give explanations for their reduced sales.

Huang Jun, a 25-year-old real-estate agent in Foshan, a city in the southern province of Guangdong, said he’s seen prices for new homes downtown drop about 20% from a recent peak in March, to the equivalent of about $346 a square foot on average.

“Virtually all developers have offered discounts over the past two months,” said Mr. Huang, who’s worked as a local property agent for four years. “Just like Evergrande, they must be under pressure to sell more flats” to repay borrowings, he said.

He said the discounts had attracted prospective buyers during the recent weeklong national holiday, but few sealed the deal. “Most of them want to wait and see if the prices would go down further,” he said, “In China, most people prefer to buy apartments when prices are rising, not falling.”

“If that continues, then the broader concern is whether some of the tightening measures come at the expense of the health of the entire sector,” Mr. Wright said. “You are going to see weaker financial conditions and weaker construction activities spilling out into the broader economy.”

From building sites to showrooms, the industry is an important source of both blue and white collar jobs in China. About 18% of China’s 285 million migrant workers earned income from construction-related jobs in 2020, according to China’s National Bureau of Statistics, while many college graduates work as real-estate agents. Local governments, meanwhile, rely on land sales to developers for about a third of their income.

All in, China’s residential real-estate market, including construction activity and services, accounted for about 23% of gross domestic product in 2018, according to Goldman Sachs.

For now, the drops in contracted sales reflect shrinking sales volumes more than declining prices, suggesting that while transactions are drying up, prices haven’t yet been as badly affected.

At Sunac China Holdings Ltd., for example, the average selling price fell just 1.4% to the equivalent of slightly under $200 a square foot. But its contracted sales area shrank 31% to about 832 acres.

Still, there are signs that Chinese consumers think prices could fall. In the third quarter, the share of urban bank depositors in China expecting rising housing prices declined to 19.9%, according to a survey released by China’s central bank. That proportion is down from 25.1% a year ago and at its lowest since the first quarter of 2016.

During the past month, officials from at least eight cities barred developers from making cuts to home prices that are deemed too sharp and in some cases instituted minimum prices, according to Chinese state media.