You Love iPhone. Your Partner Loves Android. How to Make It Work.

You Love iPhone. Your Partner Loves Android. How to Make It Work.

The pros and cons of Apple and Google’s mobile operating systems—and how people can find neutral apps that work with both. 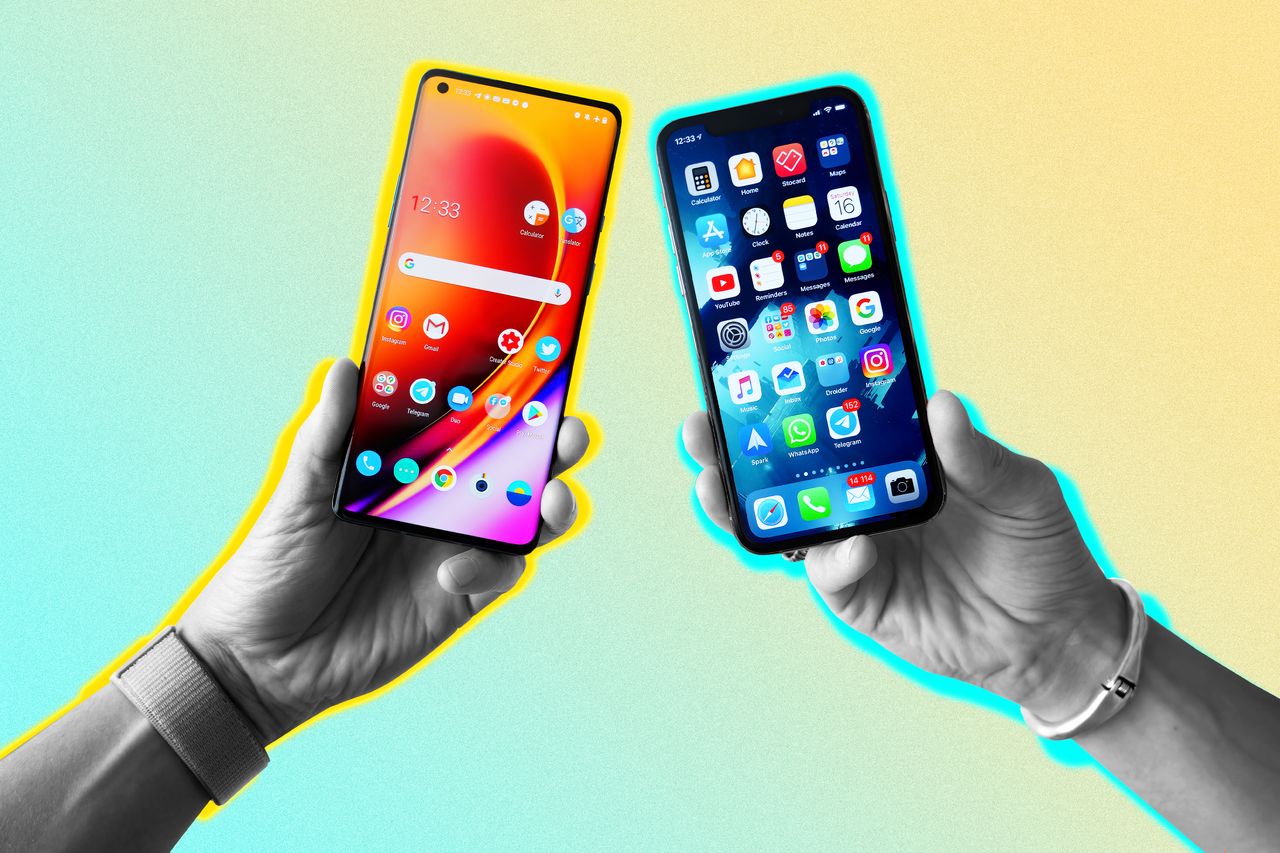 I’m on iOS. My husband, Will, is on Android. He says he’ll never switch.

When we met, Will had a Samsung Galaxy S3. He has stuck with Android phones since, except for a brief stint with the iPhone 6S Plus. When he ditched that phone, many of his texts got lost because they were still trying to get to him via iMessage. That quick taste of Apple’s lock-in only deepened his resolve. (Apple has since addressed the problem.)

There are several reasons for my iPhone preference. The main one is that I can’t seem to give up my iMessage group chats.

Generally, people aren’t prone to switching from Android to iOS or vice versa. But we’re in the throes of Smartphone Season, the time of year when Samsung, Apple and Google unveil their latest models, so maybe it’s worth the consideration. Also, there are ways to coexist harmoniously in an iOS-Android household, which I’ll discuss below.

I wanted to explore this iOS-Android divide, so I asked Will and other Android loyalists: What do you love about your platform?

I took Will’s Pixel 6a and started a voice recording. As we talked, the app transcribed our conversation in real time with near perfect precision. It’s one of the Android artificial intelligence features that I’m most jealous of. The second is Hold for Me, a tool that does just that when you’re waiting for a customer-service representative.

Will said he likes the swipe-style keyboard, which Android had long before iPhones did, and access to the file system, which allows him to sync data between his computer and phone over Wi-Fi. “Those are things that I’ve enjoyed for a long time,” Will, who works as an engineer at a medical software company, said. “It’s hard to break habits.”

Will isn’t bothered by those green-bubble text messages his Android phone triggers on iPhones. For one, he doesn’t see it—it all shows up the same on the Pixel. His family is mostly based in Europe, and they use Signal and other apps that look the same across platforms.

Google has tried to shame Apple into adopting the next-generation texting standard, called Rich Communication Services, to make all texts more like iMessage. For Apple, implementing it could take away a reason for people to stick with iPhones.

William Edmiston, a Samsung Galaxy S9 user, chose Android because of Google’s innovation and Apple’s tight control and closed system. “I too am a ‘never iPhone’ person,” said the Raleigh, N.C., resident, who works at an orthodontics technology company. “Android felt a bit more leading-edge, embraced by true tech enthusiasts.”

Mr. Edmiston also liked being able to treat the phone like a PC, and install different operating systems and apps. He admitted he’s now entrenched in Google’s own apps.

Both Android and Apple offer helpful guides for those who want to make the jump to the rival platform. But swapping systems is more than just transferring contacts and photos. It’s learning an entirely new language of gestures and menus, which can be frustrating.

In the U.S., 55% of Americans use an iOS device. There are more Android users globally, where Google’s platform has 71% market share, according to analytics firm Statcounter.

Apple develops iOS exclusively for iPhones and iPads (with the iPadOS variation). Google develops Android but provides it freely as open-source software. That means Android can be used by any hardware maker. The most popular include Samsung, Xiaomi and OnePlus. Google makes its own Pixel-branded phones, and even Microsoft has dabbled in Android.

And while the two are constantly copying each other’s features, they differ in key ways:

• Hardware: iOS devices are only made by Apple, and you can choose from three or four new phones each year.

There are far more Android phones and designs to choose from, from the cheapest to the most extreme. On the low end, you can get a budget model for under $240. (At $719, the iPhone SE is Apple’s budget offering.) On the high end, Samsung sells Android phones with flexible screens that can flip and fold.

• Ecosystem: Apple designs both its hardware and software, a position the company touts as a benefit, as its devices “just work” together. AirPods that automatically connect to your Mac. A lost Apple Watch you can ping from your iPad.

Samsung has its own gadget universe. Samsung Galaxy phones can beam videos to Samsung smart TVs, while Galaxy Watches can remotely control the camera shutter of Galaxy phones, for example.

• Updates: iPhones and iPads get a big feature-rich software update every fall, available to all eligible models. Apple supports phones for about five years.

Because the Android universe is fragmented, each phone maker has a different system-update timeline and policy. Typically, Google’s Pixel phones are first, as with Android 13, which launched earlier this month. Newer Pixel phones get five years of support, while older models get three. Samsung devices get three to four years of system updates, plus an additional year of security patches.

• Customisation: Historically, iPhones have been less customizable than Android devices. But the upcoming iOS 16 update allows users to style the lockscreen fonts and add little interactive widgets, something Android users have long been able to do.

Android is a better platform for techie tinkers. For example, you can set a third-party messaging app as the default. You can also sideload apps on Android—downloading them from outside of the Google Play store—though you do so at your own risk.

Google has increased efforts to keep bad apps out of its Play store. Still, the platform is more open, like a traditional PC, so users who aren’t careful can make their devices susceptible to malware and data leaks.

Yes, iOS and Android feel different, and there will always be things one can do better than the other. But if you pick the right apps, they can dwell together happily.

Google is actually great at this: Will and I rely on Google Maps for location sharing, Google Photos for photo storage and Google Assistant to control smart-home products. These Google services all have iPhone apps, though the experience is more integrated on Android.

Any.do is a task list that works with Siri and Google Assistant, and has great widgets for both platforms. We also like the app Notion for things such as trip planning and household stuff.

For home entertainment, we’ve found Roku streaming devices, many of which support both Google Cast and Apple’s AirPlay, work well. So do Sonos speakers, which can be configured with Amazon Alexa or Google Assistant, and work with AirPlay.

Will and I won’t be on the same platforms anytime soon, but we make it work. At least until I need a great voice transcription and steal his phone. Again. 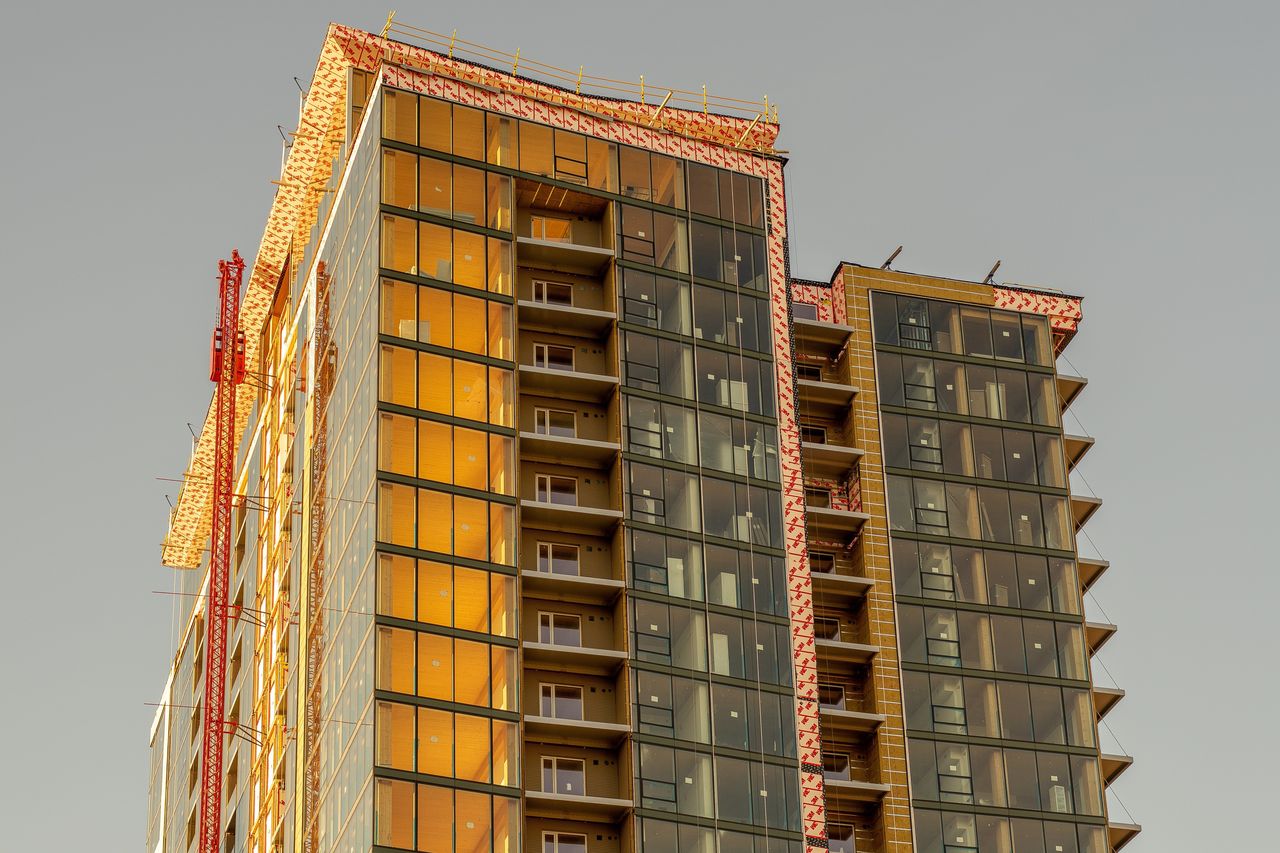 Property
Wooden Skyscrapers Are On The Rise 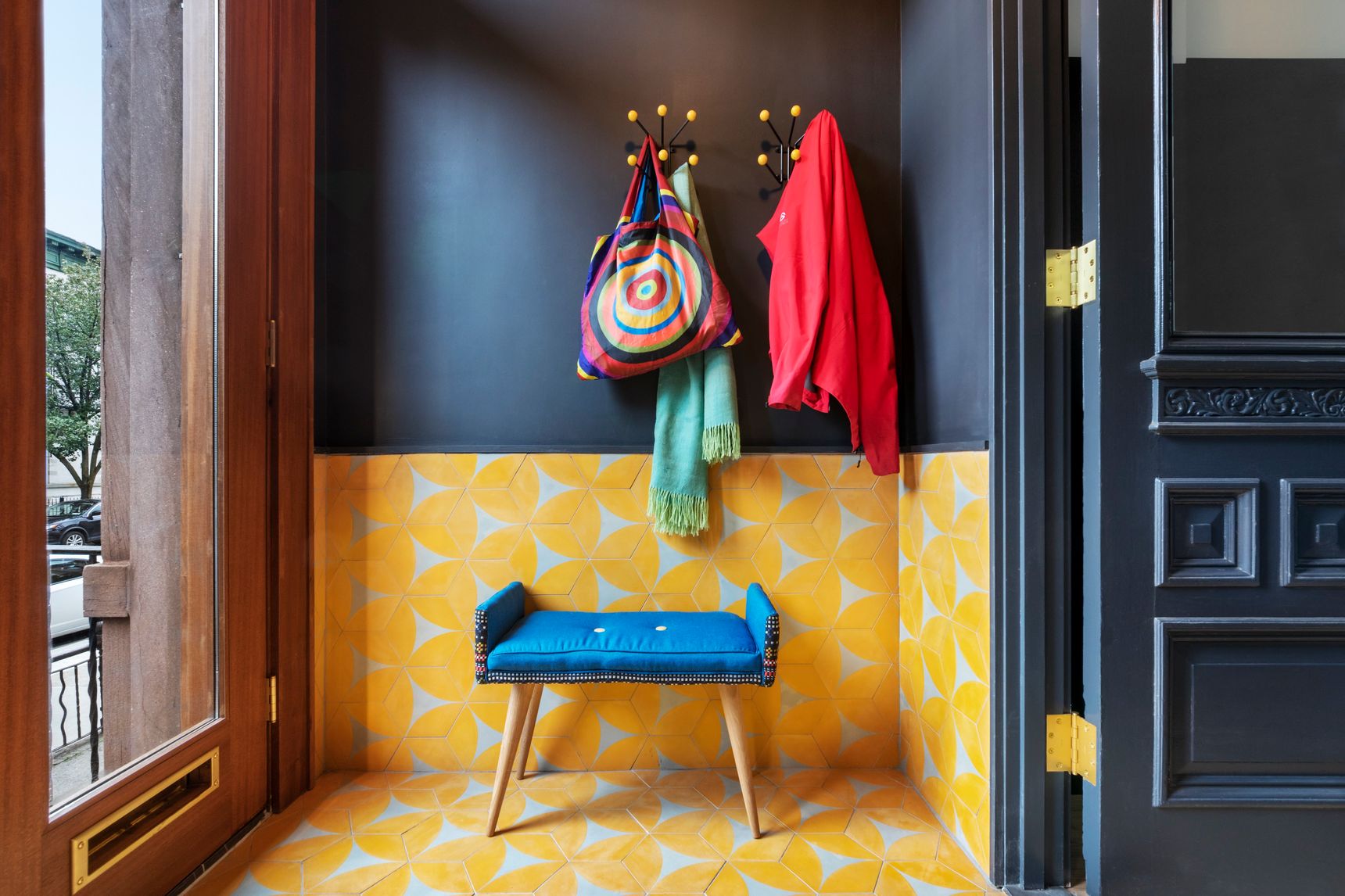