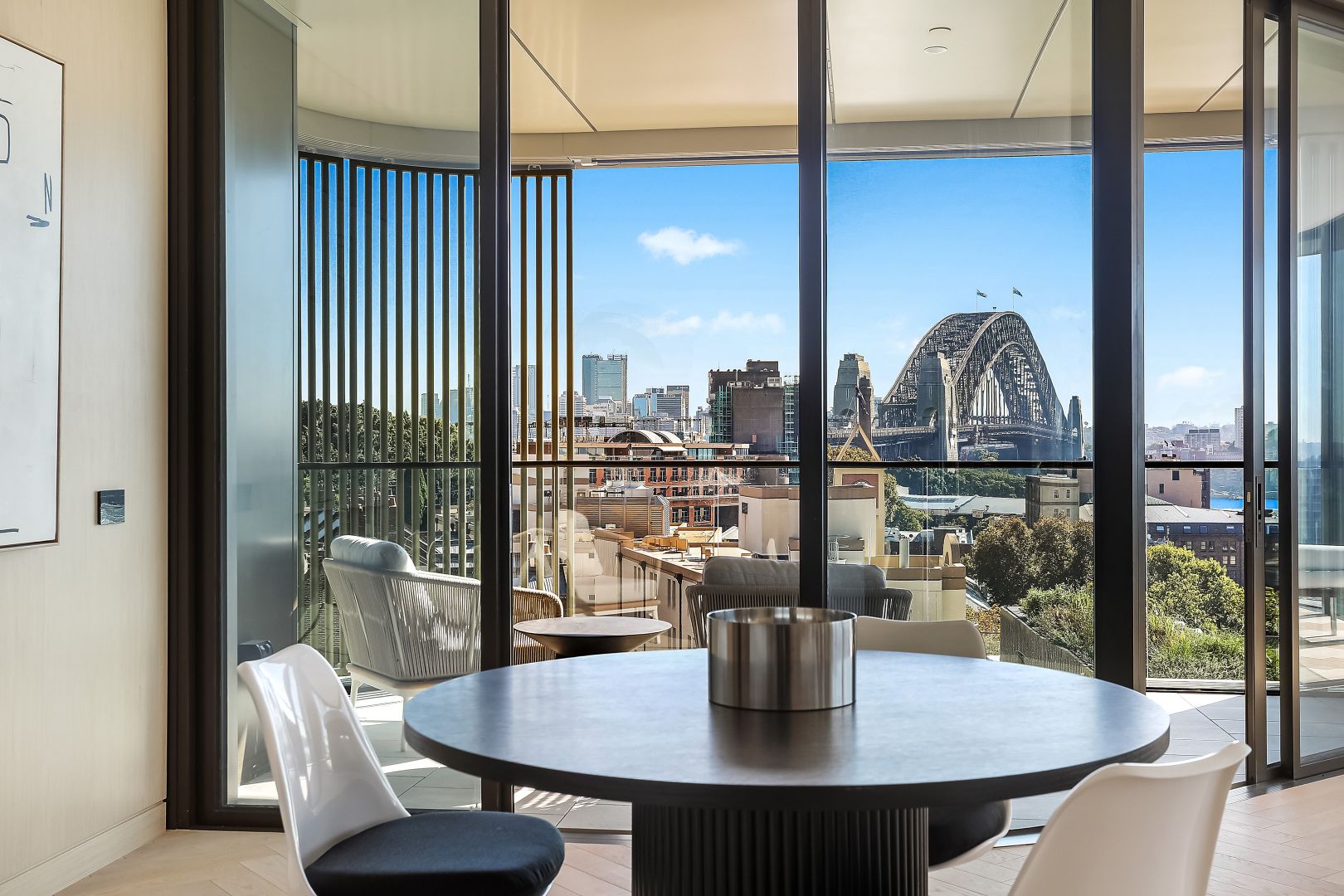 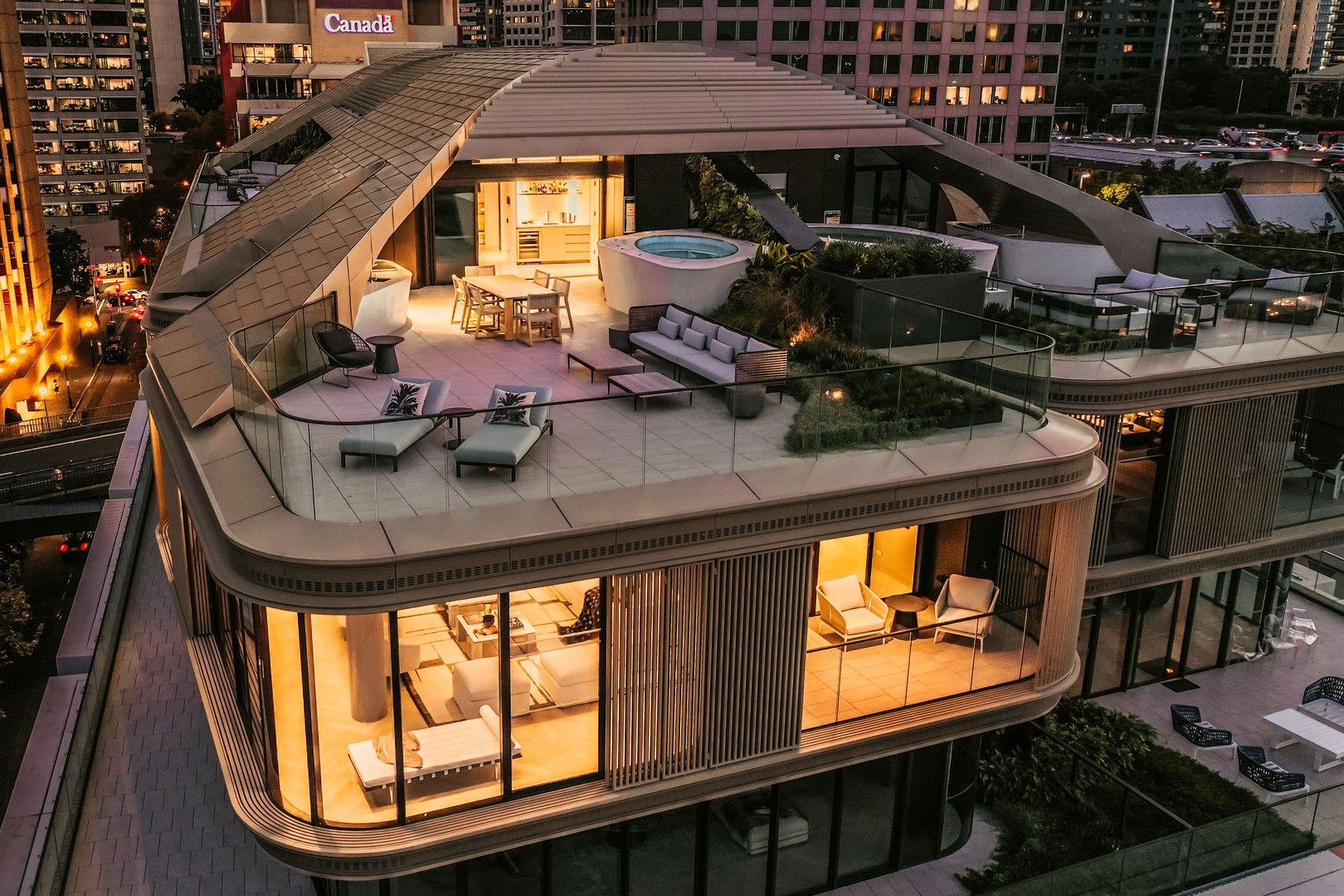 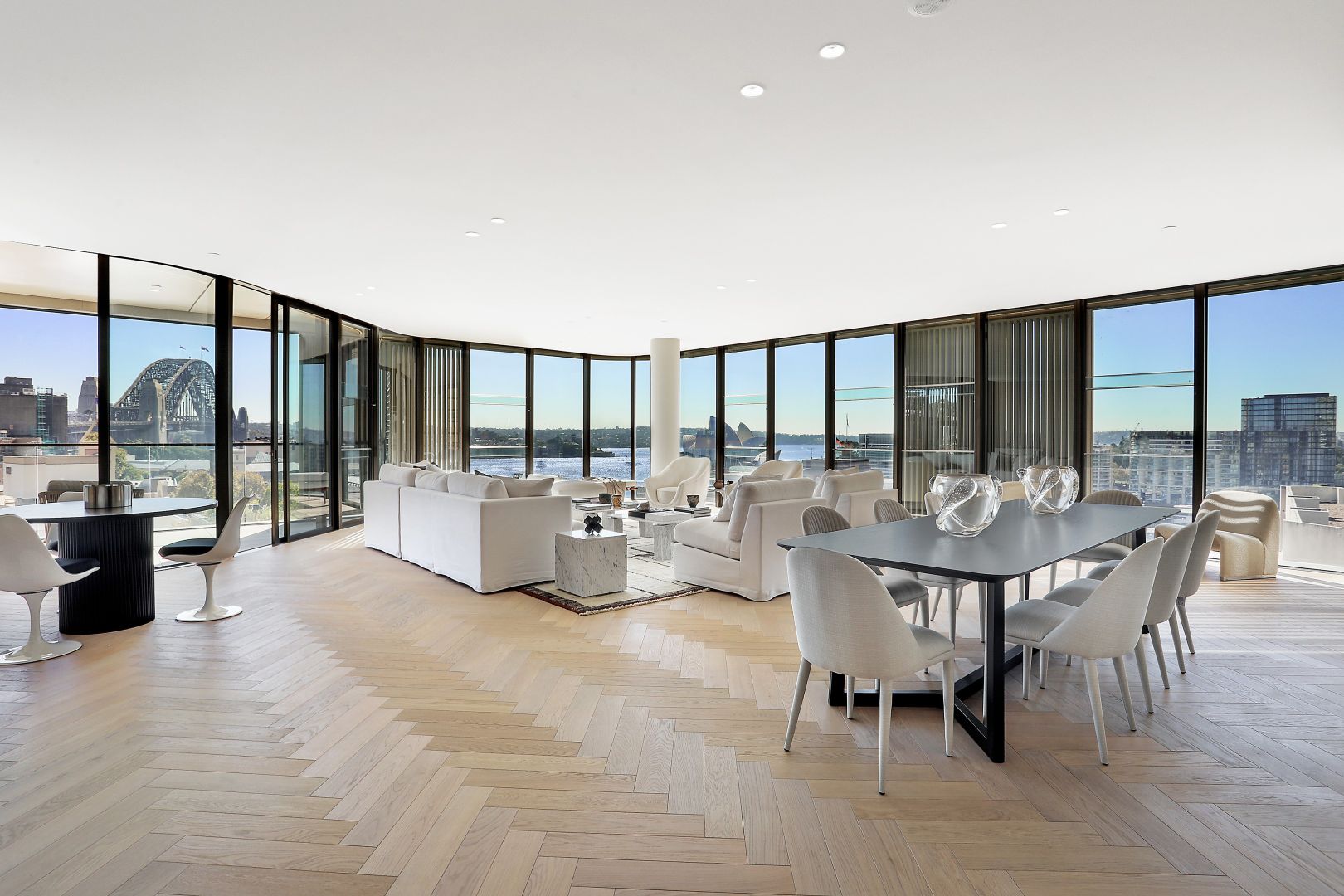 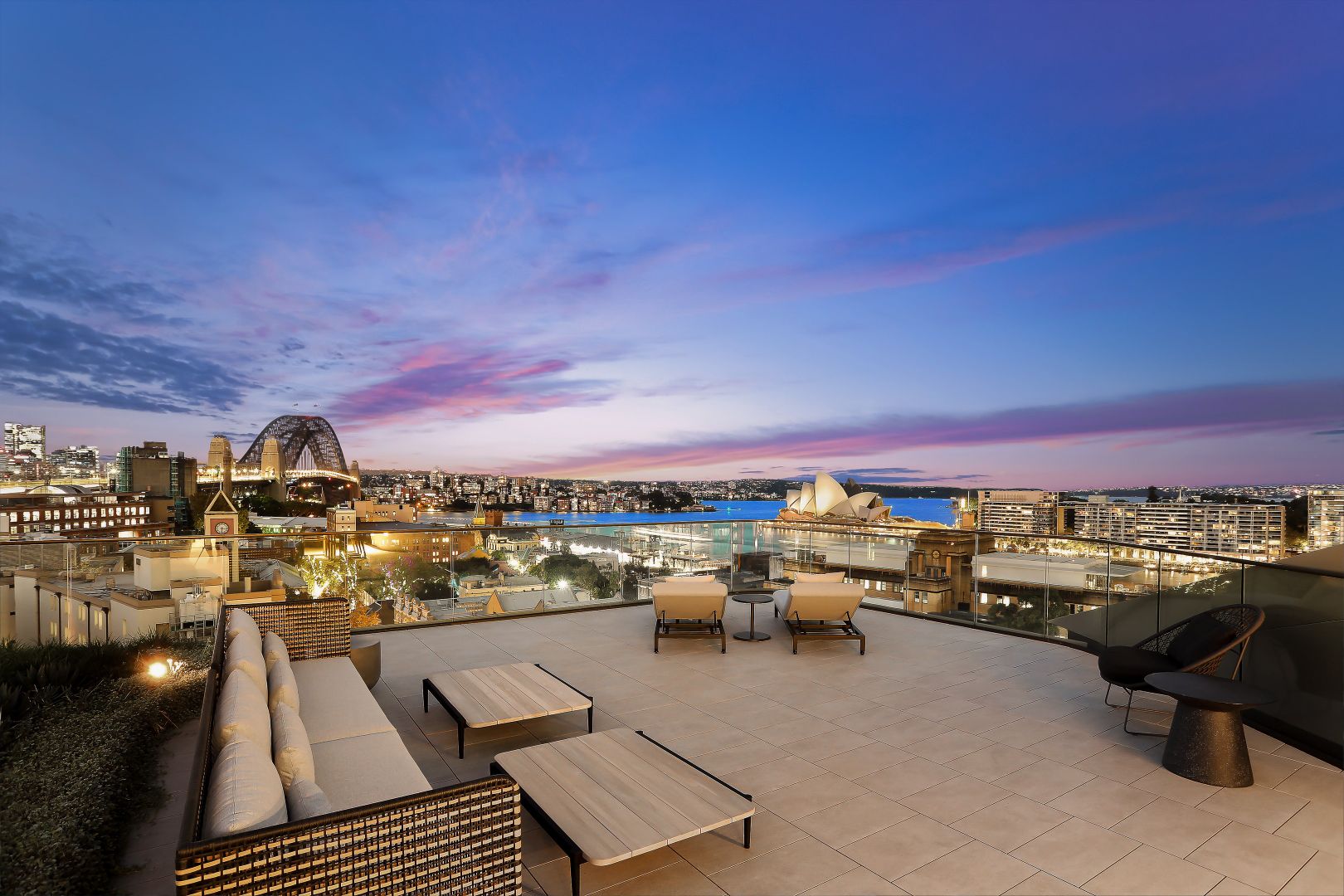 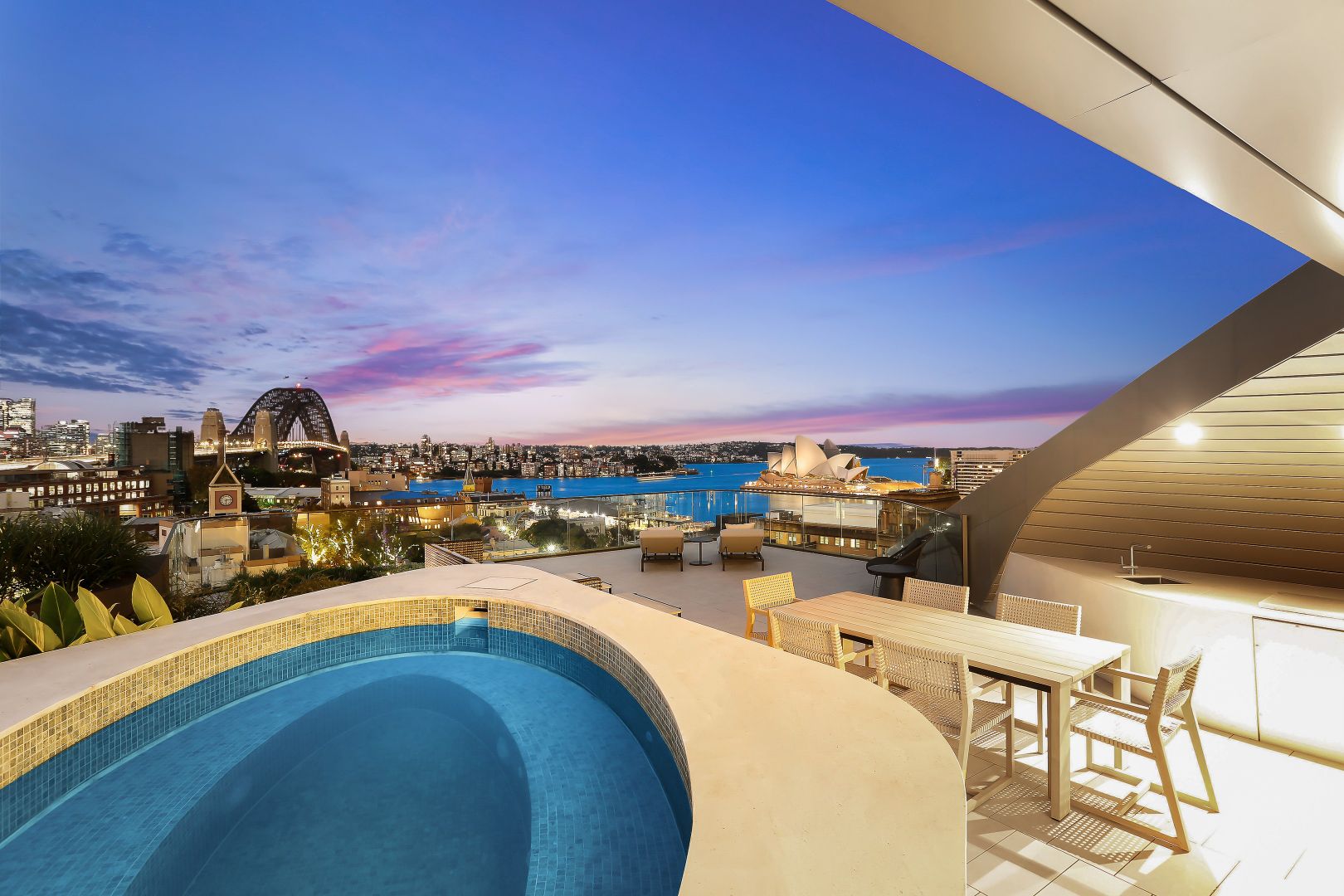 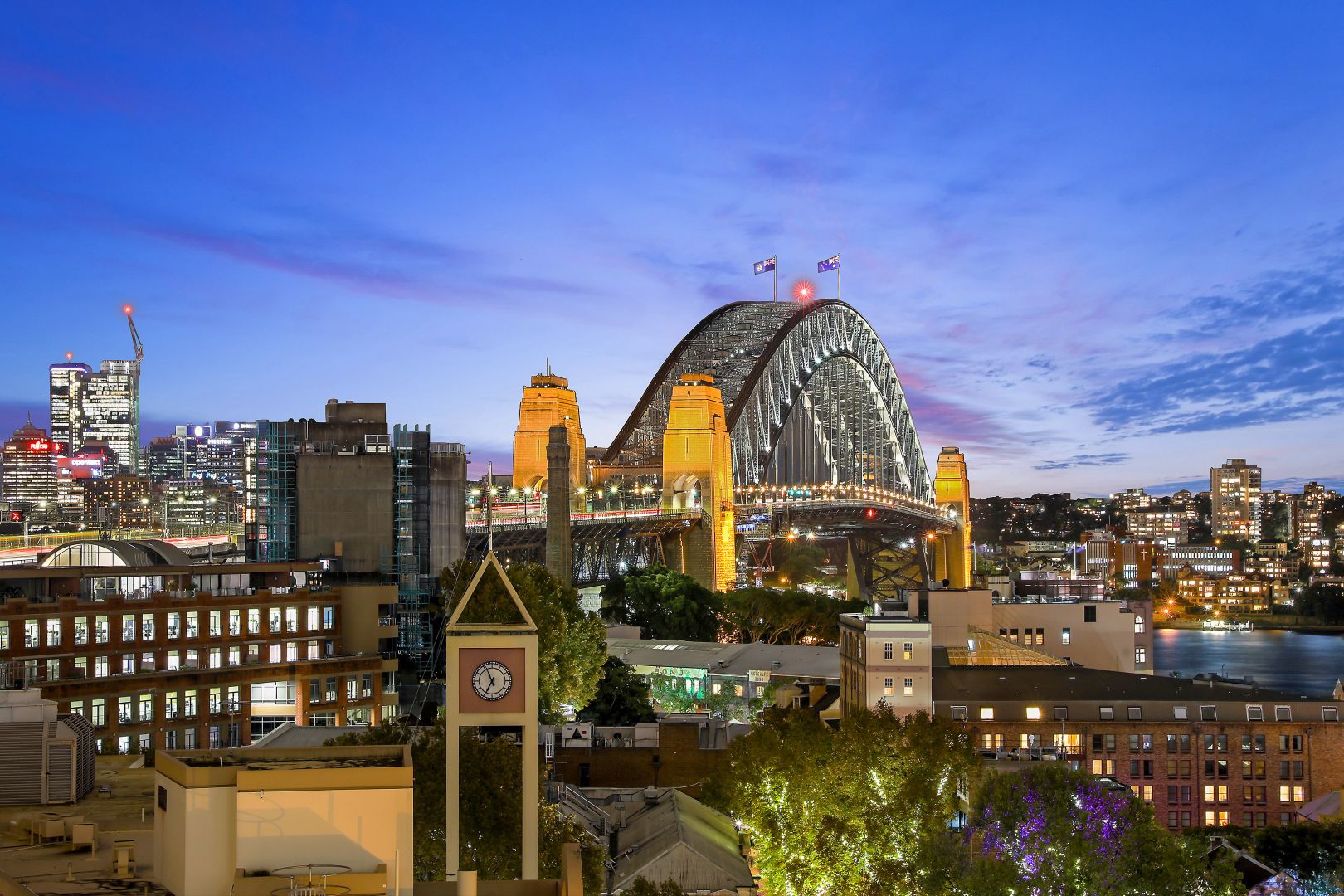 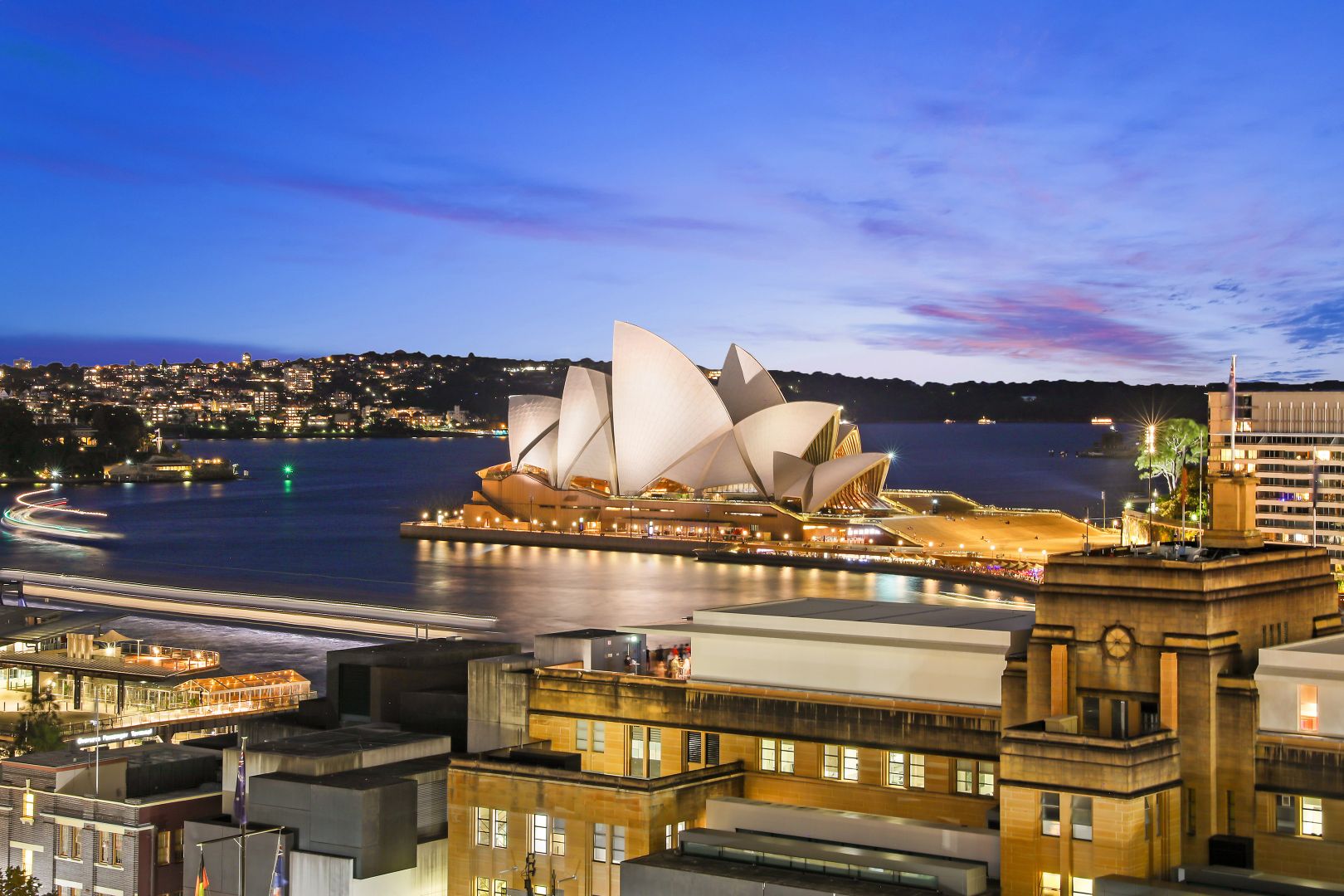 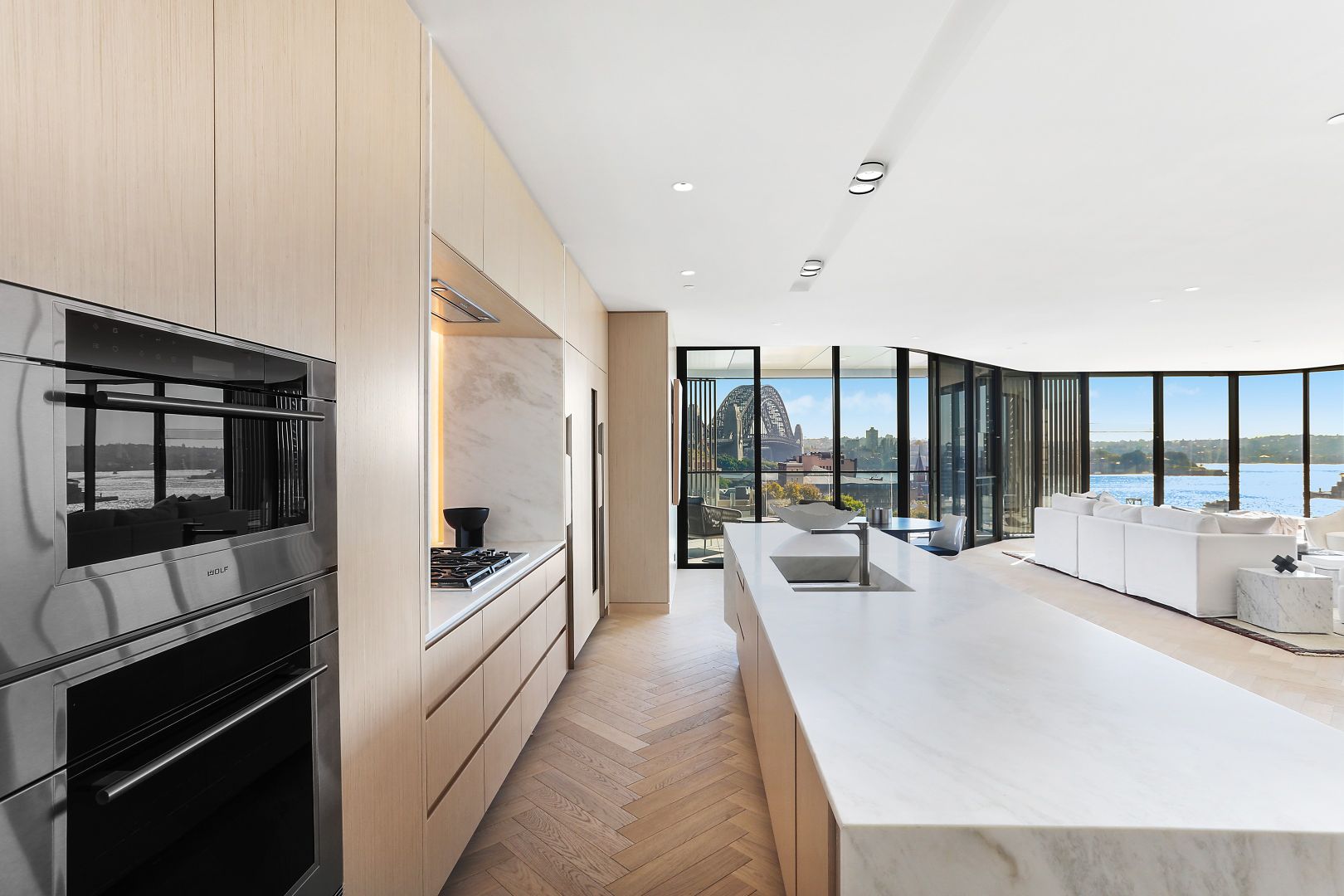 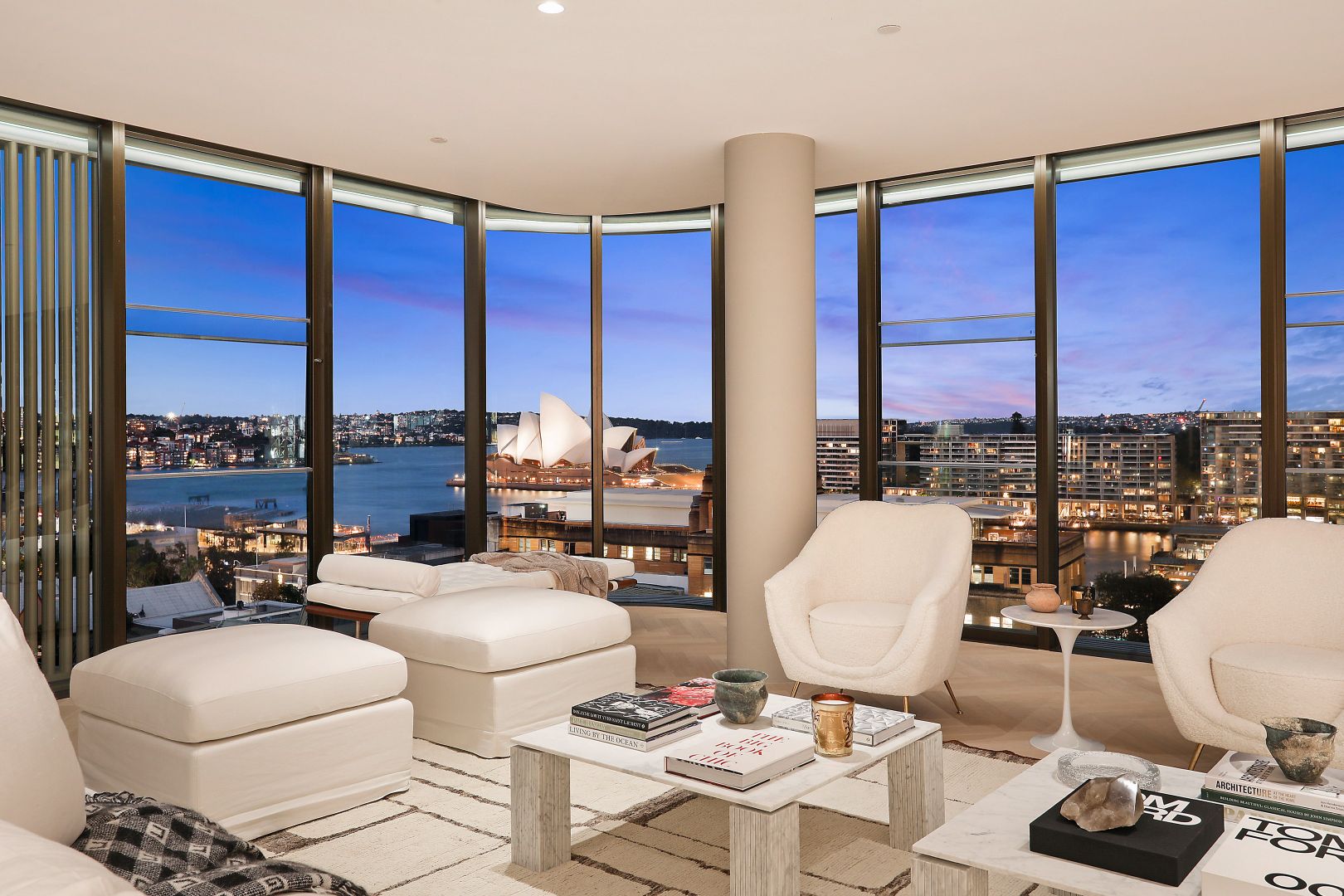 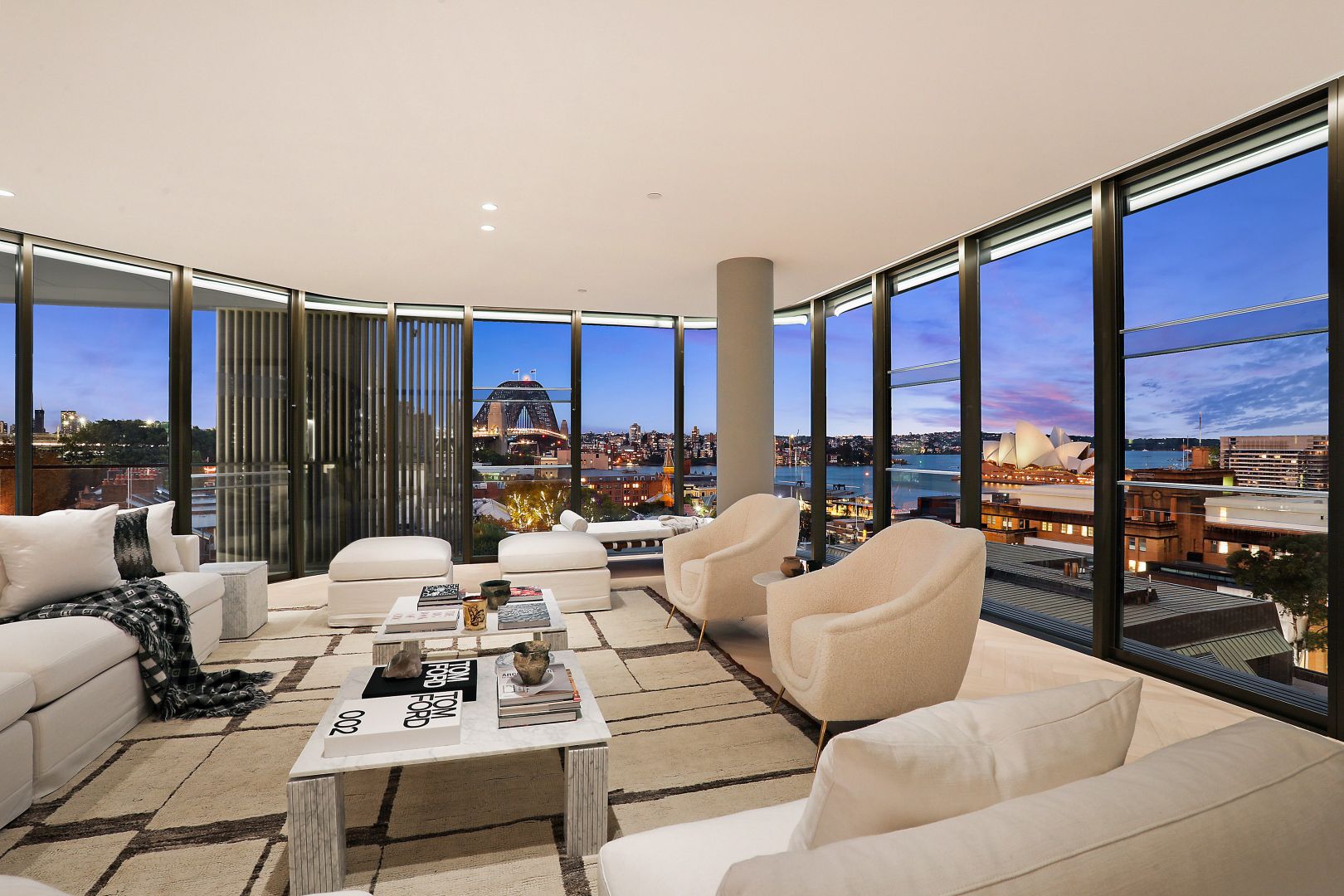 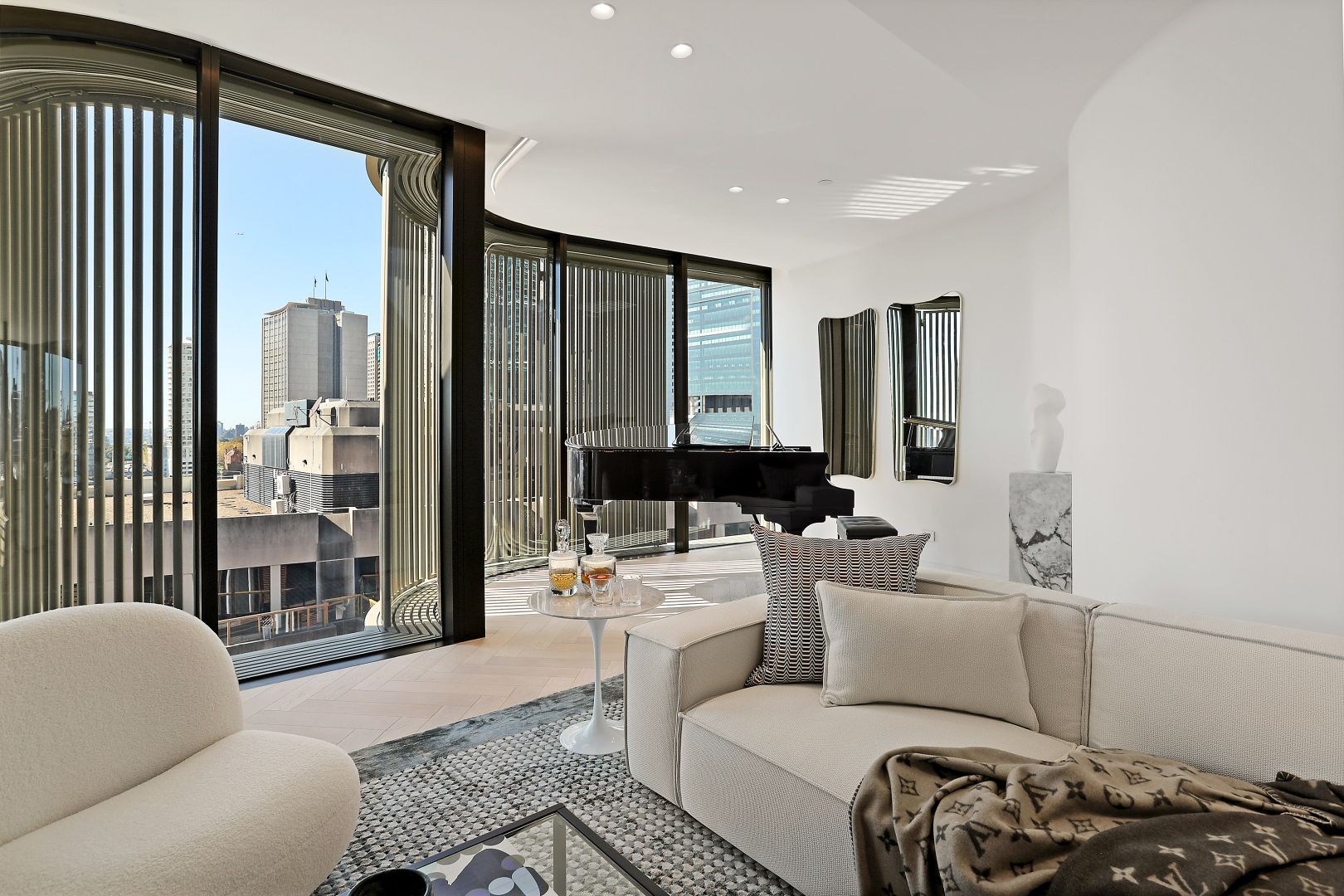 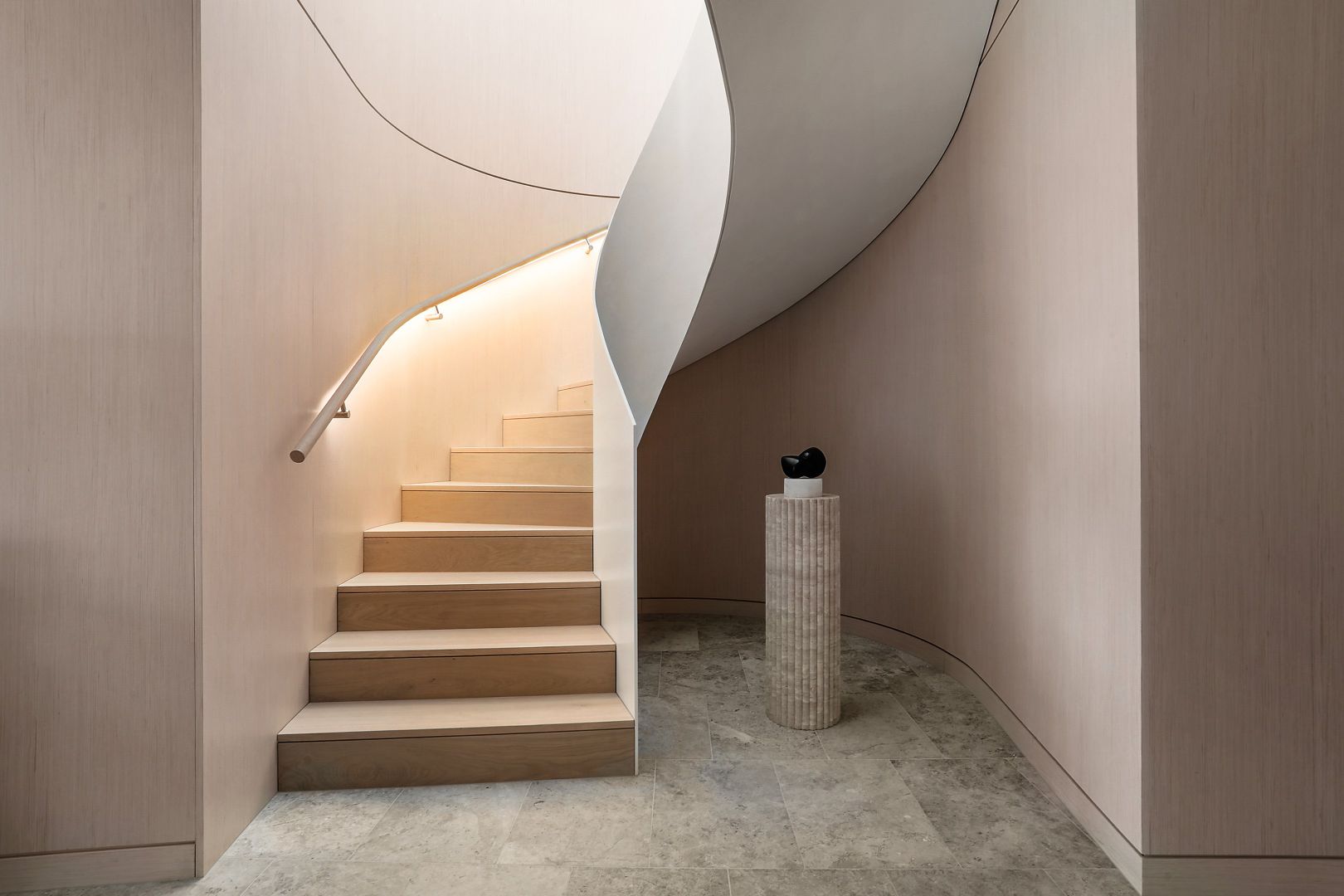 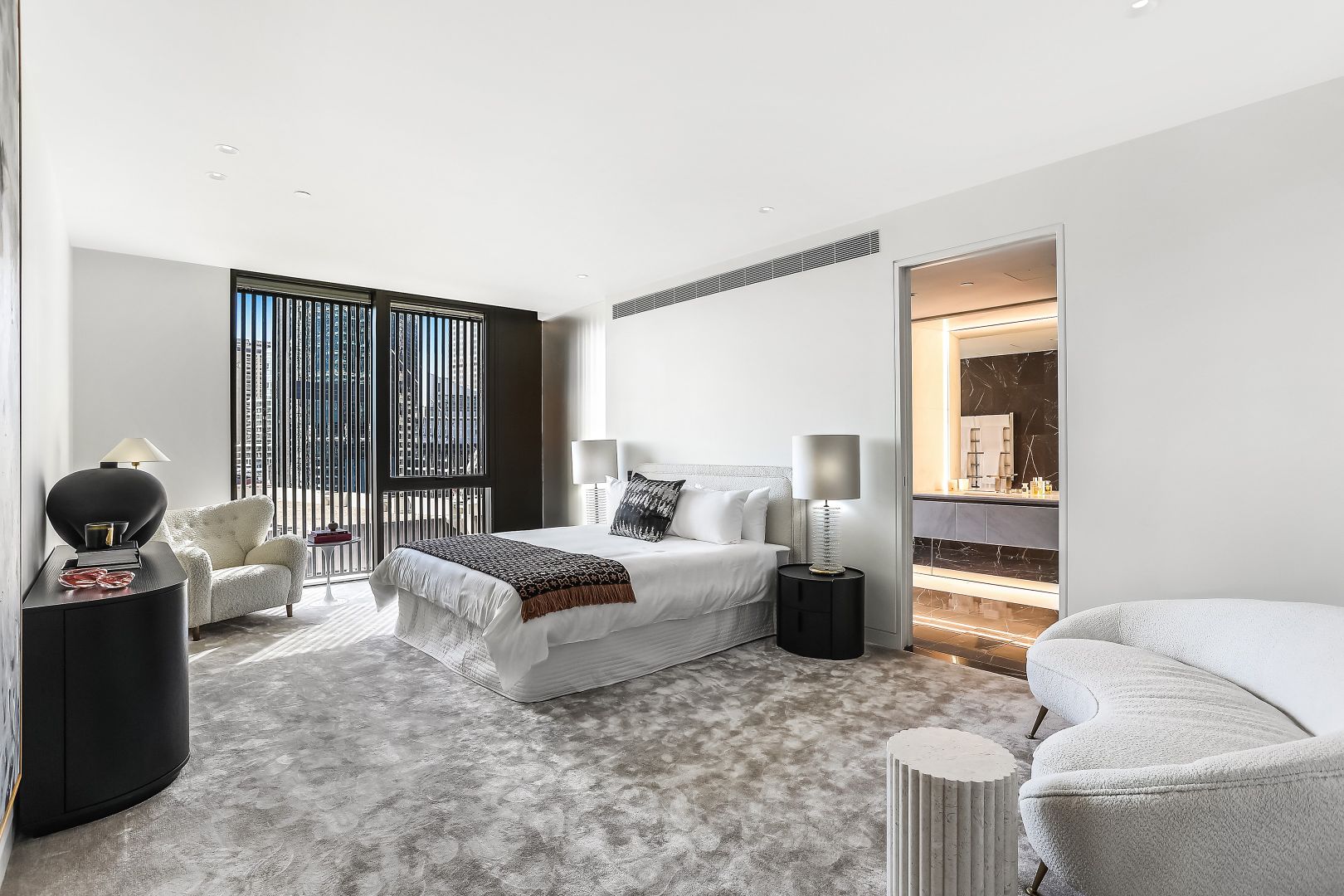 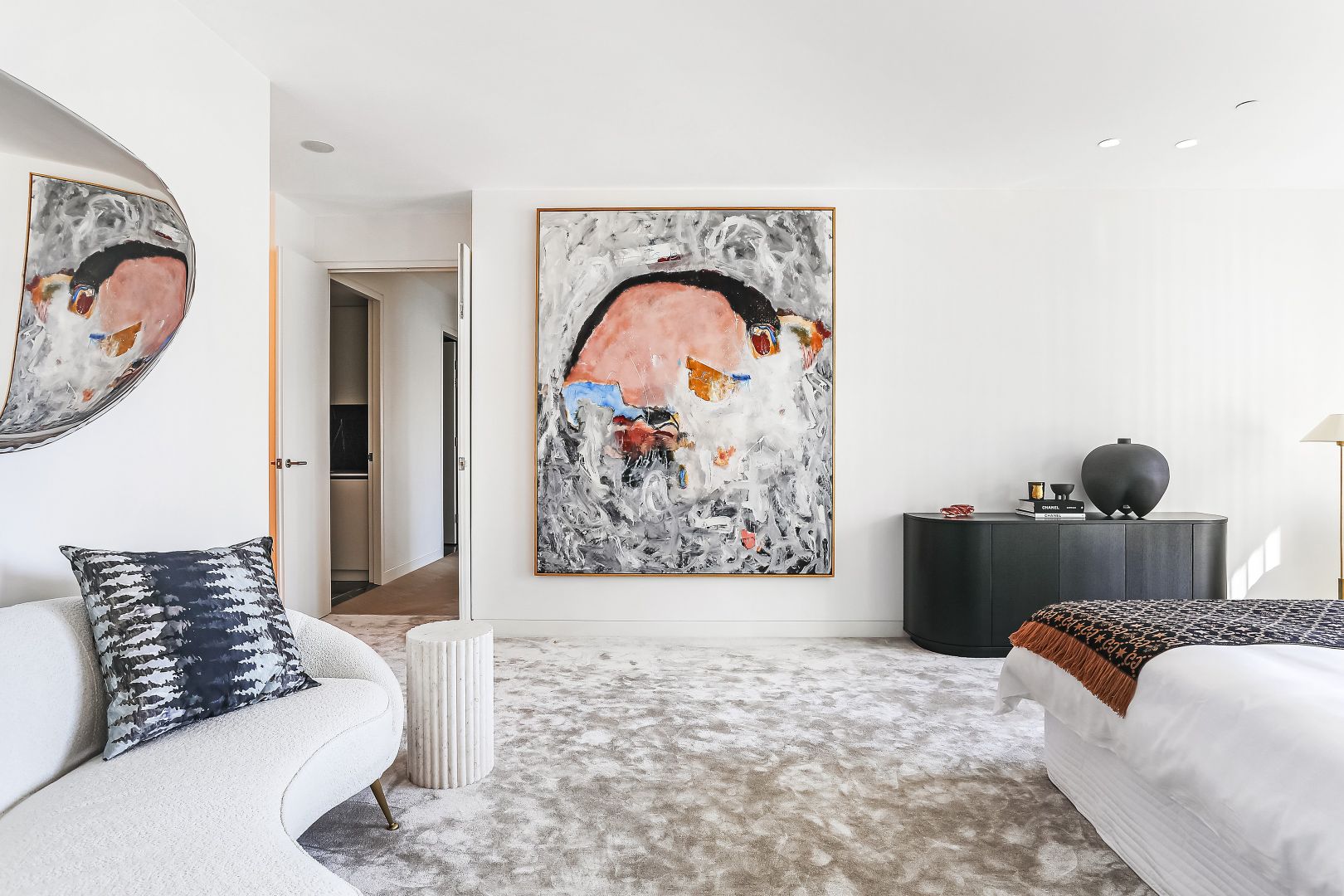 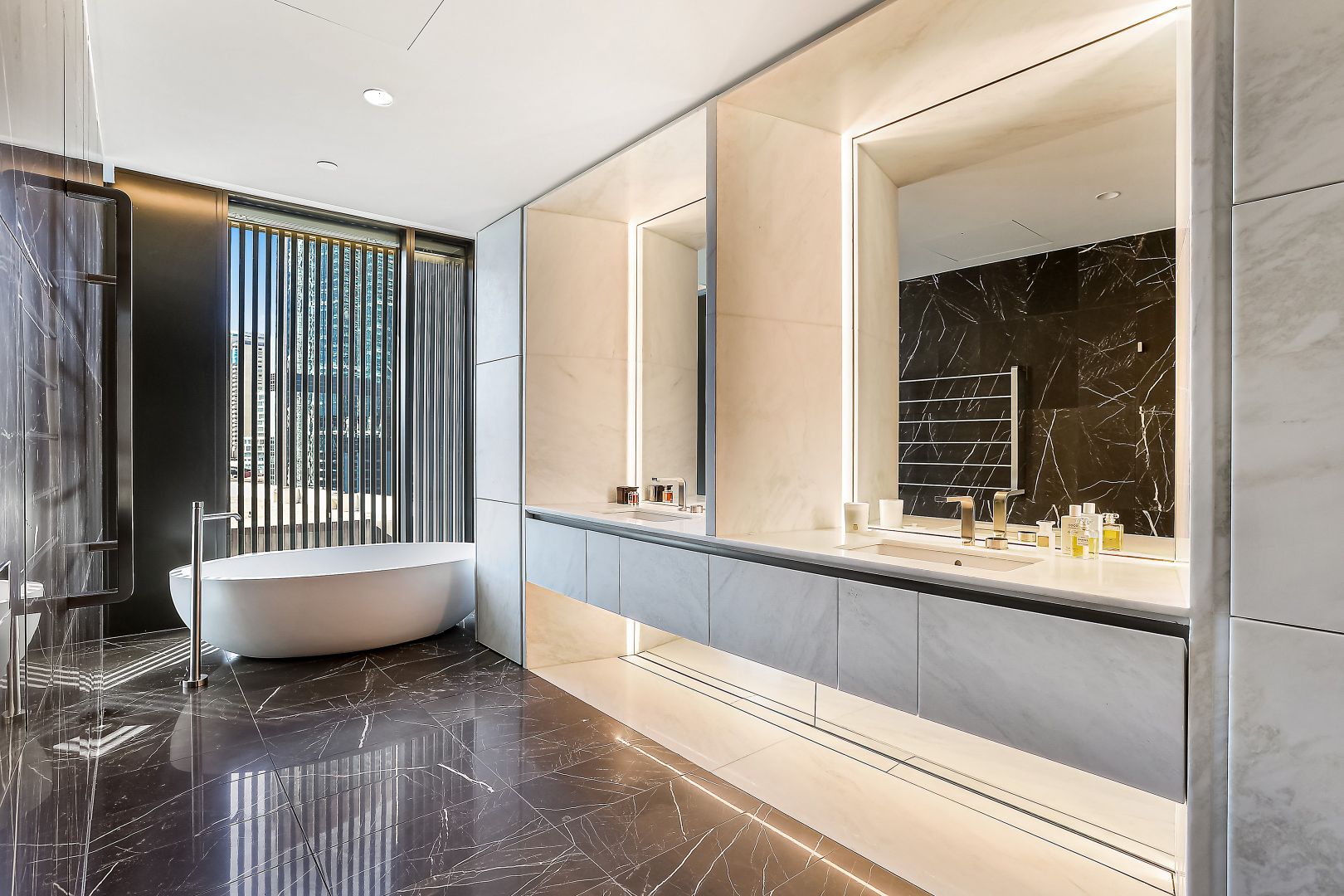 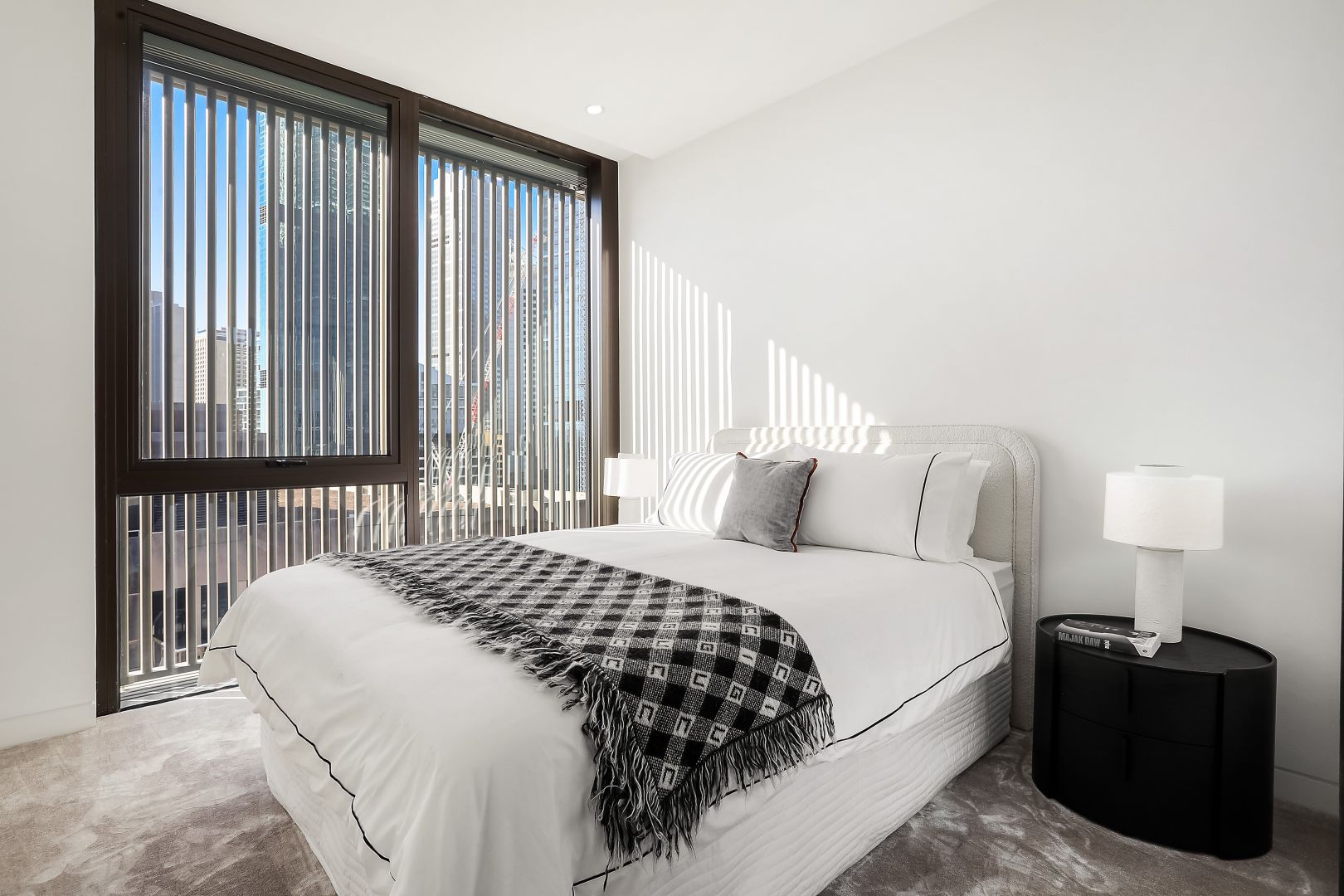 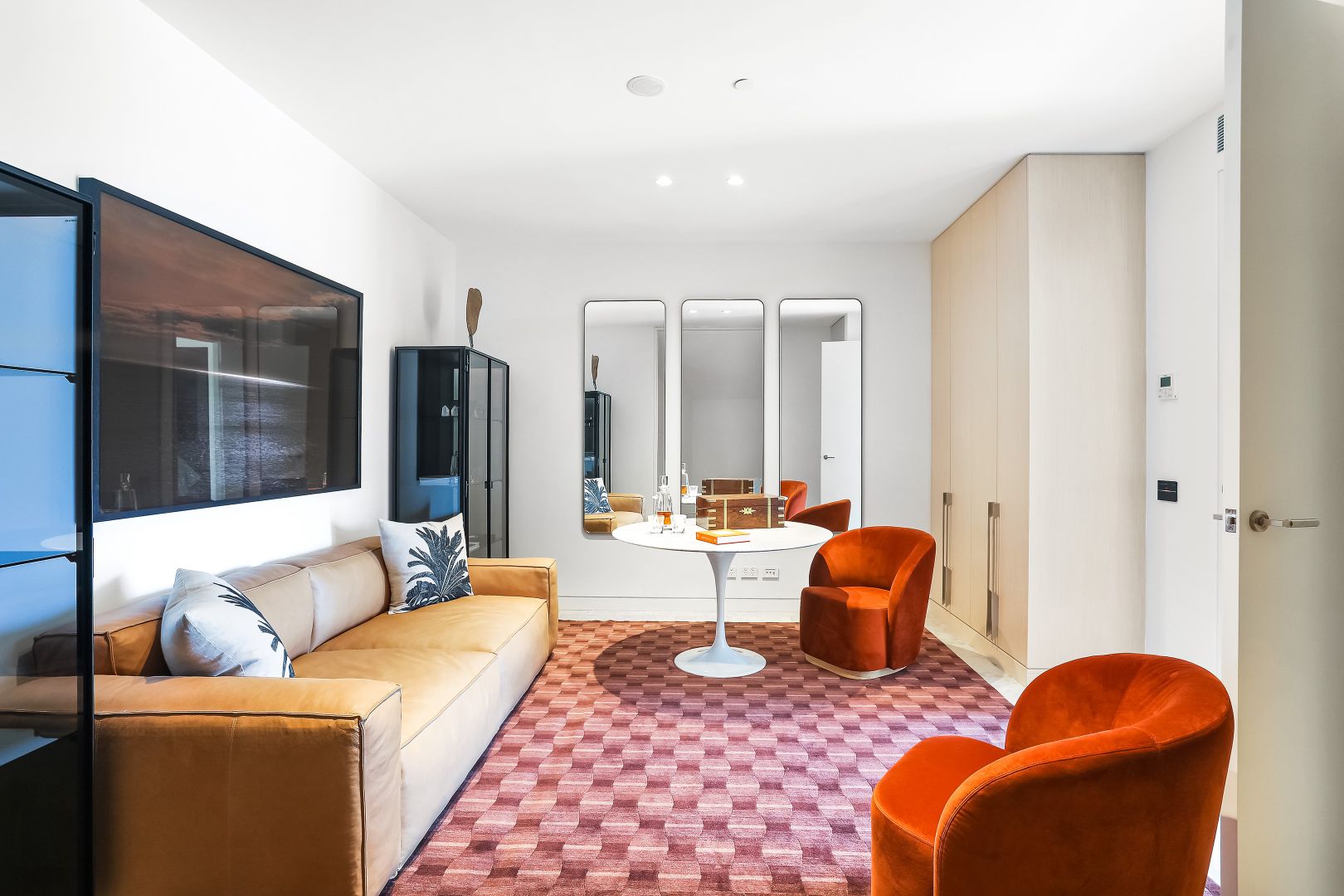 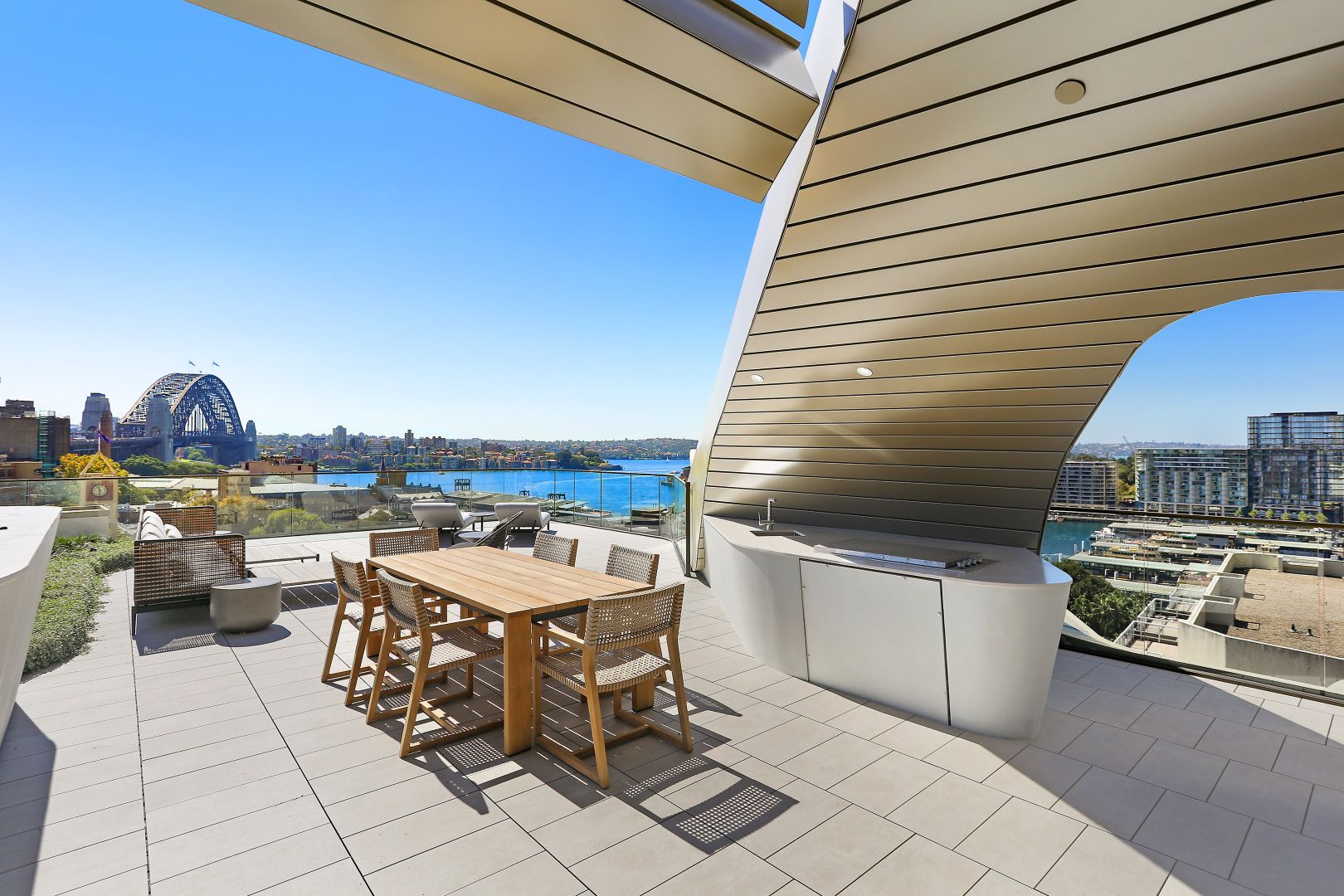 The penthouse of the Harrington Collection in the heart of Sydney’s The Rocks illustrates such ascendant notions perfectly, boastings some of the most intimate views across city rooftops, to the icons of Sydney Harbour and beyond.

The 483sqm 4-bedroom, 4-bathroom, 3-car parking residence spans two levels and sees a heightened level of design by international design firm FJMT and while the meticulous interiors were curated by Australian designer David Hicks, with close attention paid to the heritage elements of the Harrington Street site.

Within, expect a stunning interplay of light and space through floor to ceiling windows combined with a light palette of timber joinery, herringbone oak floors and the Harrington Collection’s signature monolithic stone featured throughout.

Complementing the living zone is an expansive 139sqm terrace that includes a spa, integrated barbecue and landscaped garden beds — ideal for entertaining and enjoying the panoramic harbour views.

Further, the residence sees three-bedroom sanctuaries — each with a sumptuous ensuite fitted with marble tiling — with the master also boasting a walk-in robe and dressing room. A fourth bedroom or home office is fitted with a bathroom, wet bar and Subzero wine fridge.

As part of the Harrington Collection, the residence sees a full-time concierge alongside a common entertainer’s rooftop terrace, lounge area, kitchen and bar. 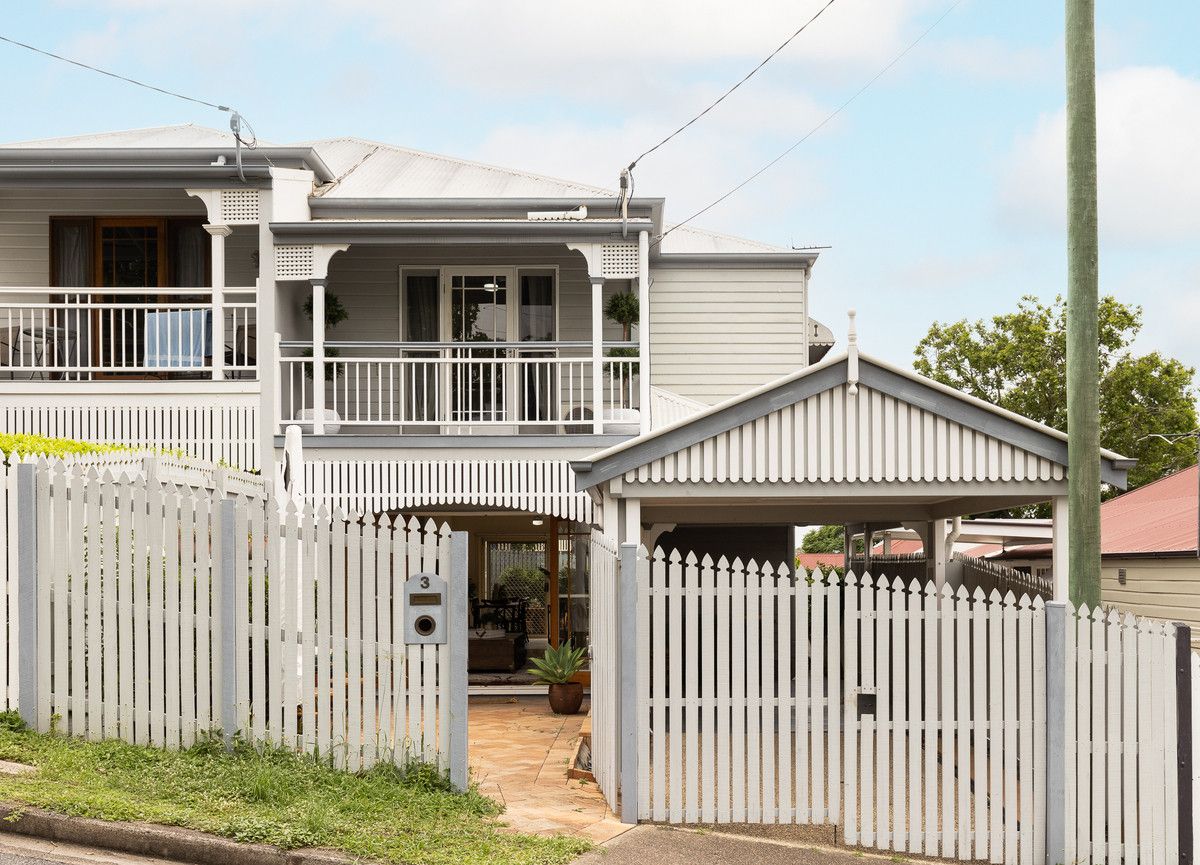 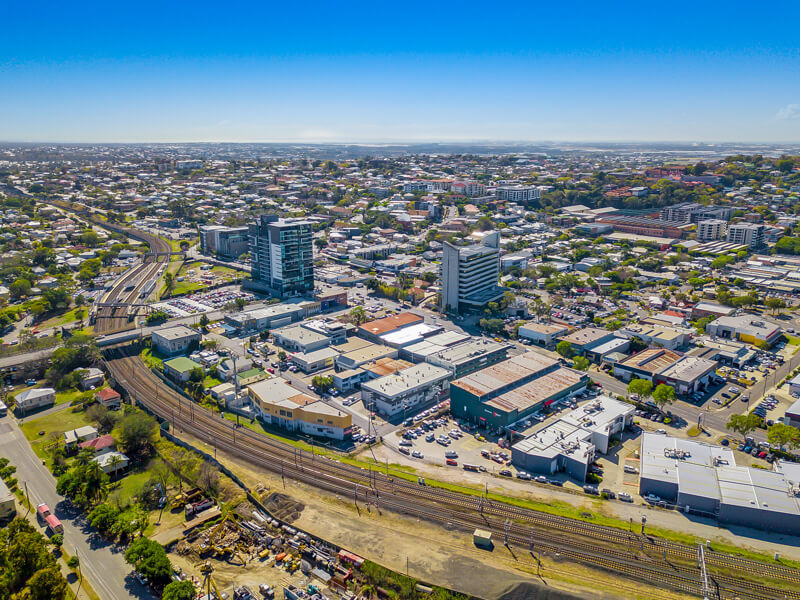 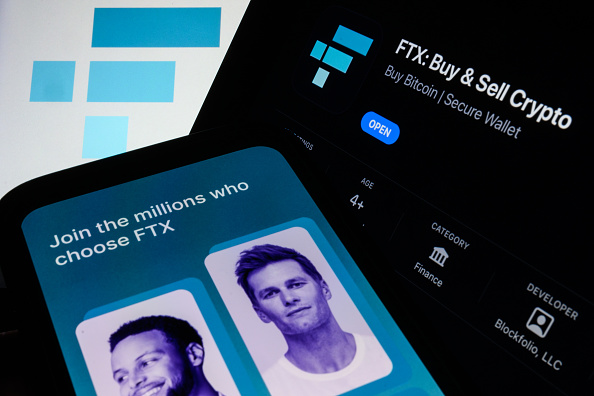 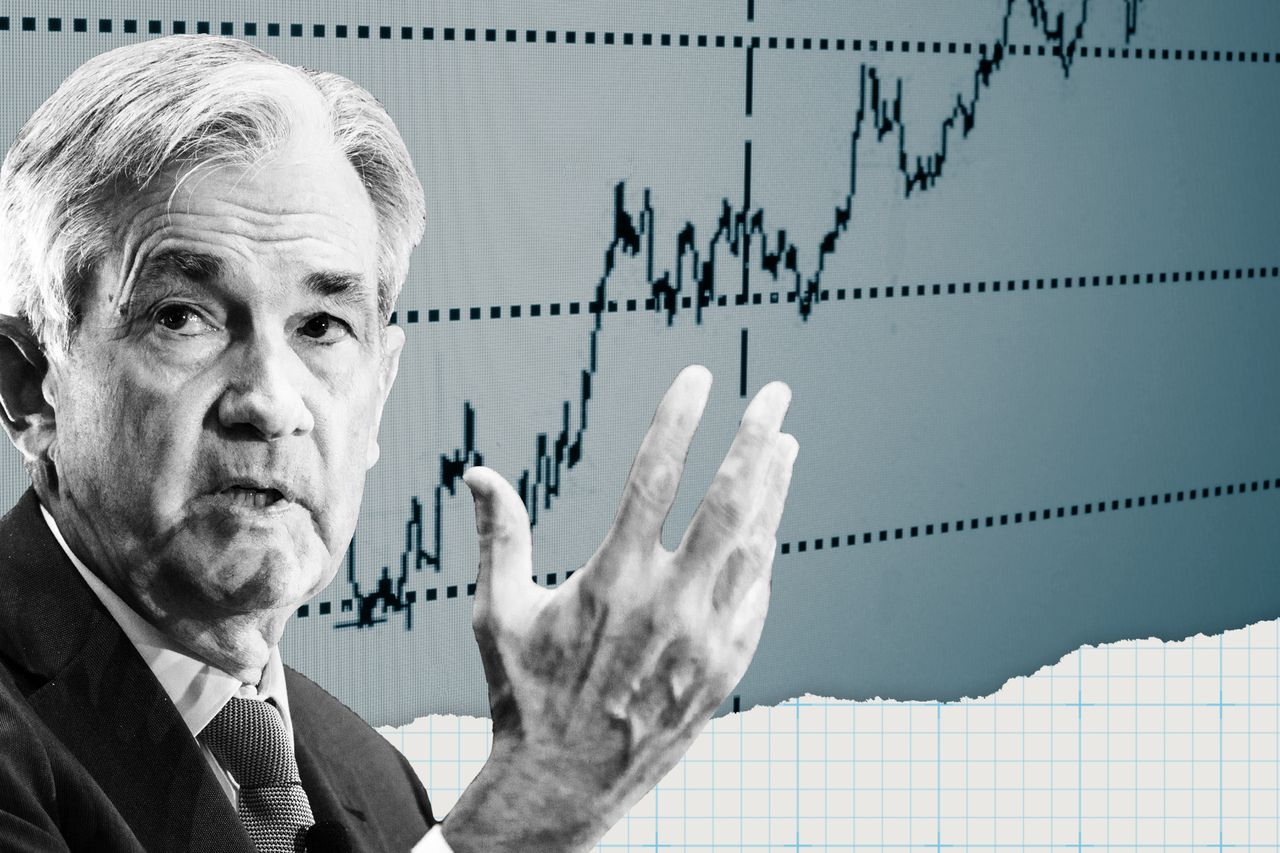