Reasons to preserve the colourful fixtures and quality tiles of the 1920s to the 1960s. 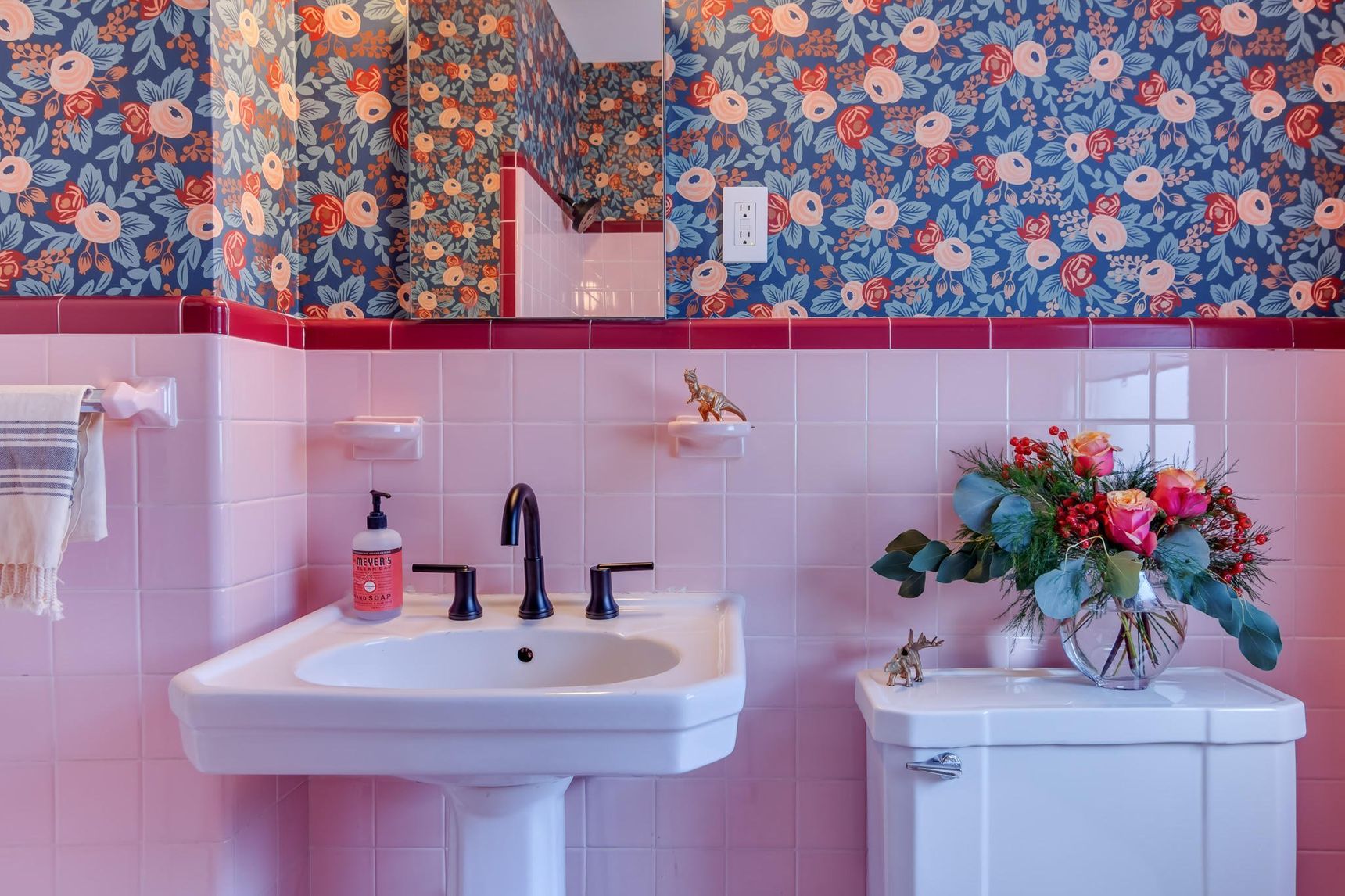 THIS MONTH I finally got to realise a lifelong dream: to spend some quality time in my friend Joan’s exquisite bathroom.

Joan’s bathroom was not one of those modern, faux-California spas with a Japanese soaking tub, an infinity-edge sink and a toilet so smart it could do the crossword puzzle for you.

Instead, the bathroom in her prewar apartment on the Upper West Side of Manhattan had an old-fashioned pedestal sink, black-and-white floor tile and a white marble bathtub—circa 1912—in which you could comfortably execute a dead man’s float.

In other words, Joan’s lavatory was a museum-quality example of why you should do your best to preserve original, classic décor. Or it was, until my husband emerged from this historical sanctuary one afternoon clutching the remnants of a polished-nickel toilet paper holder.

“It just fell off the wall,” he said, stricken. He cradled the broken, swing-arm paper holder as if it were a dead sparrow. “It wasn’t my fault.”

“Maybe we could hide it under the bed,” I said.

“I can probably fix it,” he replied, and wandered off to Google “Can you glue vintage polished nickel?”

I adore well-preserved 20th-century bathrooms, but sadly, they are an endangered species. As they age, they develop problems. Tile cracks. Grout molds. Chrome pits. Midcentury toilets in splendid colors like “Mamie Eisenhower pink” leak. Toilet paper holders fall off the wall. Most new homeowners won’t wait for fixtures to fail; the bathroom is often the first to go.

It’s a shame, because every time that happens we lose a little bit of our collective history, not to mention quality bathroom time.

As I called around in search of insights into our TP-holder dilemma, I discovered other vintage lav lovers like me.

“When my realtor and I walked into this 1956 house with an original, pink bathroom, he said, ‘Of course, you’ll want to rip all this out.’ I decided right there I wanted to buy the house—to save that bathroom,” said Sarah Smith of Burgaw, N.C. “The idea of someone tearing it all out broke my heart.”

Ms. Smith, who bought her home a few months ago, said the bathroom was in such great shape it seemed unused. Best of all? There was another pristine vintage bathroom in baby blue.

There are apparently enough people like me and Joan and Ms. Smith to support a thriving business, called This Old Toilet, in Los Altos, Calif. Gary Tjader, who launched the company in 2003, sells both replacement and reproduction toilet seats, tanks, lids and other parts. The venture was a pivot from his grandfather’s wholesale plumbing supply business, founded in 1933.

Aficionados of antique toilets are not rare. “I get calls all the time from people looking for old toilets,” Mr. Tjader said. “But I tell them they’re hard to find.” As we chatted, I realized my friend’s vintage toilet-roll-holder wouldn’t be easily replaced.

“It’s pretty hard to find an exact match, especially if you’re chasing a particular color or brand,” Mr. Tjader mused. He added, “Every metropolitan area has a salvage yard somewhere, and you can go hunting.”

I tried another source for vintage bathroom fixtures and accessories: Retro Renovation, a website run by midcentury design enthusiast Pam Kueber, which offers advice to homeowners who want to remodel in a style authentic to the original. Articles on the website cover such topics as where to buy retro-colored wall and floor tile (including 34 sources), terrazzo shower pans and Formica countertops.

One of Ms. Kueber’s passions is a quest to preserve pink loos, pursued via a website called Save the Pink Bathrooms. There, one can read about this rampant midcentury trend, which began when Mamie Eisenhower put a pink pissoir in her Gettysburg, Penn., home. “Her bathroom was pink down to the cotton balls,” Ms. Kueber wrote on the website. “She redecorated the private quarters in the White House in pink.”

If only I were looking for a pink paper holder. “What if you can’t find original, vintage replacement parts for a bathroom?” I asked.

“You can find new things that will re-create the style of the era,” said Ms. Kueber. “The important thing, if you have an architectural jewel of a vintage house, is to stick with the original style.”

Interior designer Madeline Stuart specializes in bathroom remodels in Los Angeles that replicate the style of the era when a house was built. “Anyone can remodel and do a Four Seasons bathroom in beige travertine and limestone, but I like doing something a little more fun. I like to tile a bathroom in pink and black. Also purple and black.”

Her favorite techniques for re-creating a period look? “Super, super tight grout joints between tiles,” she said. “Hexagonal tile on the floor. Also, arched shower doorways or a tub set into a niche creates a very period look.”

In Ms. Stuart’s own 1930s Spanish Revival house she has two original bathrooms. “In one,” she said, “the pedestal sink is dusty pink, and it’s only 30 inches high, so my husband, who is six foot four, has to fold himself in half to use it, and there’s not a single electrical plug because there was nothing to plug in in the 1930s. I guarantee the person I someday sell the house to will rip out those bathrooms first thing. But I don’t have the heart to do it.”

While I was talking to Ms. Stuart, I saw my husband walk past with a tube of glue—he had just returned from a hardware store—and head into the bathroom.

A few minutes later, he emerged triumphant. “I think it’s going to hold,” he said.

He was right. The solution worked so well that a couple of days later I felt confident enough to confess everything to Joan.

“That’s a new toilet paper holder,” she said. “When I redid the bathroom, I tried to be true to the spirit of the building. But the only thing in the bathroom that is original is the tub.”I have to confess. This made me a little sad. On the other hand, I’m really glad we didn’t break the bathtub.