Mr. Musk sold it to the new owner, the famed actor’s nephew, with the stipulation that the property be preserved. 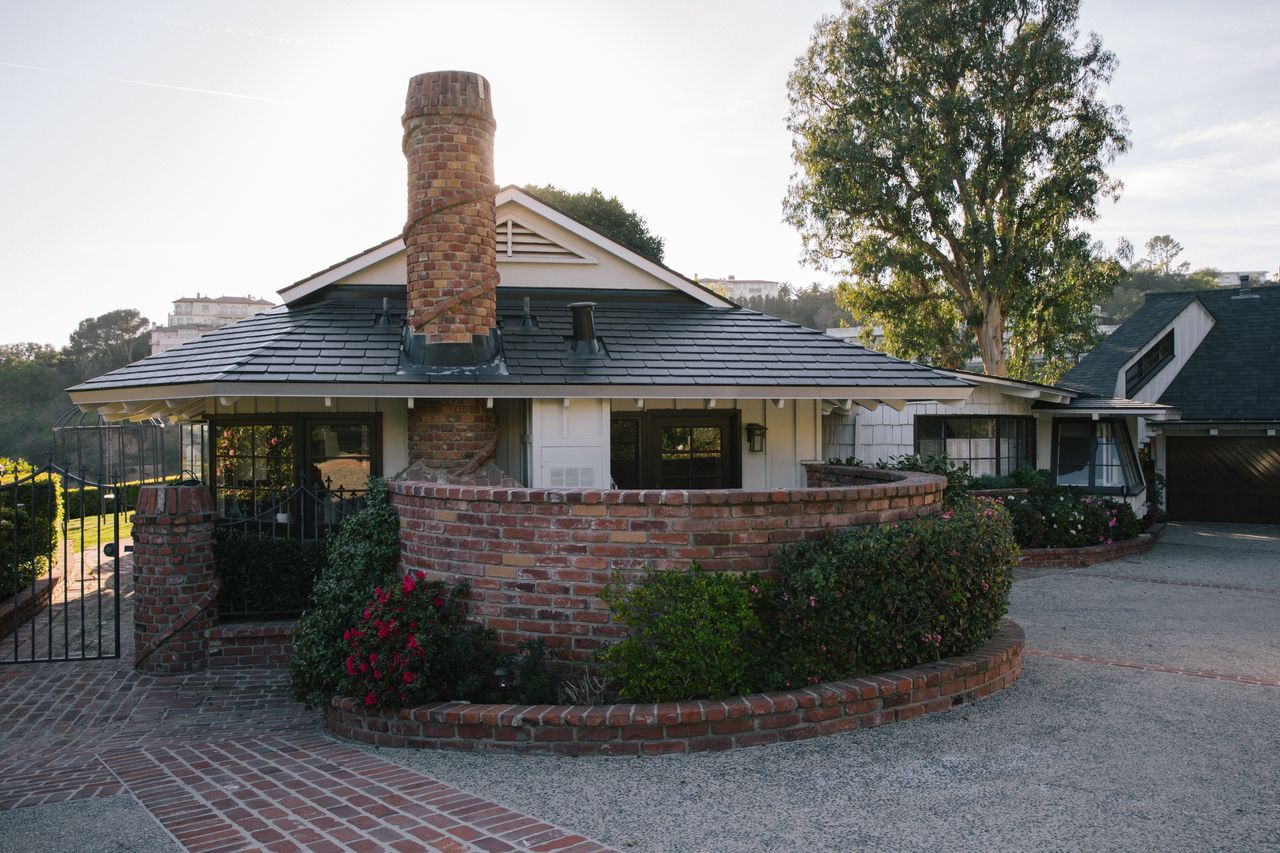 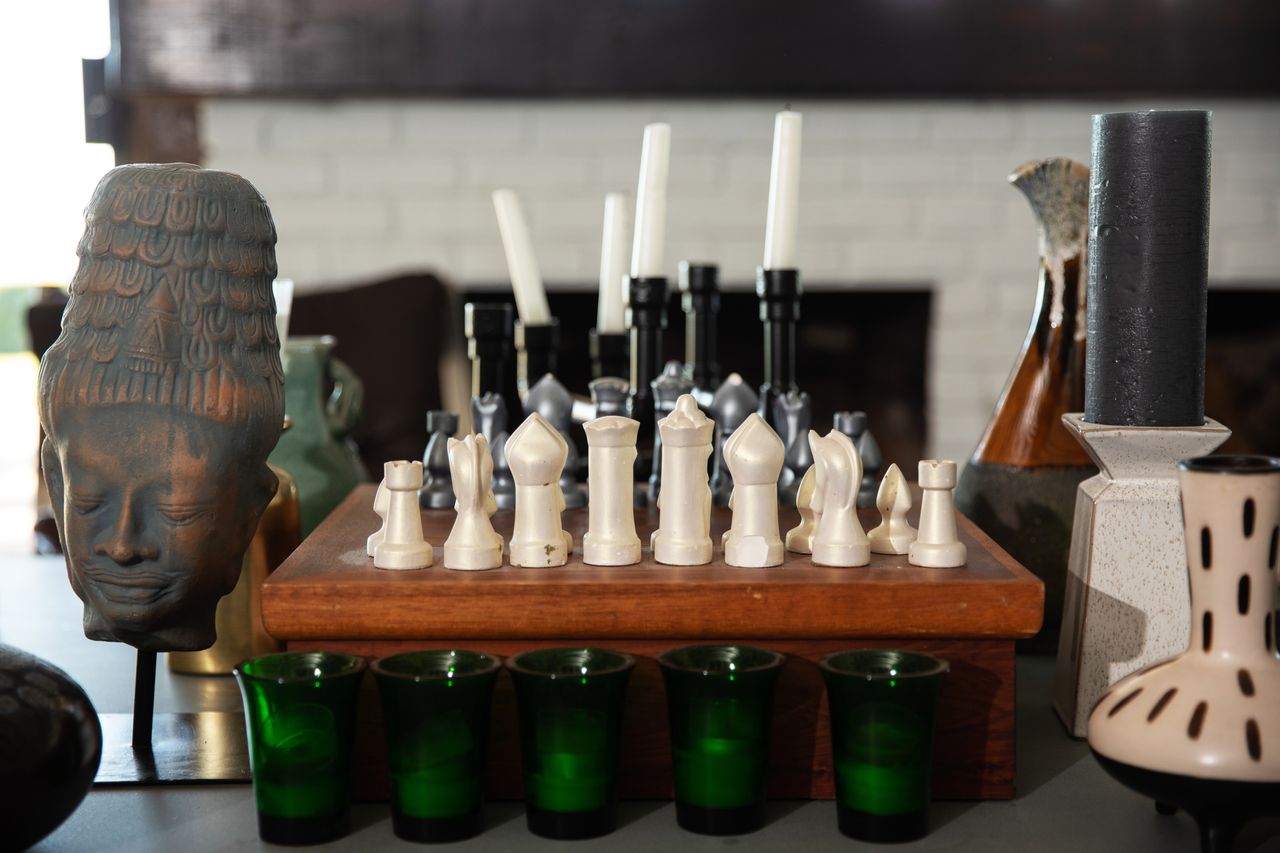 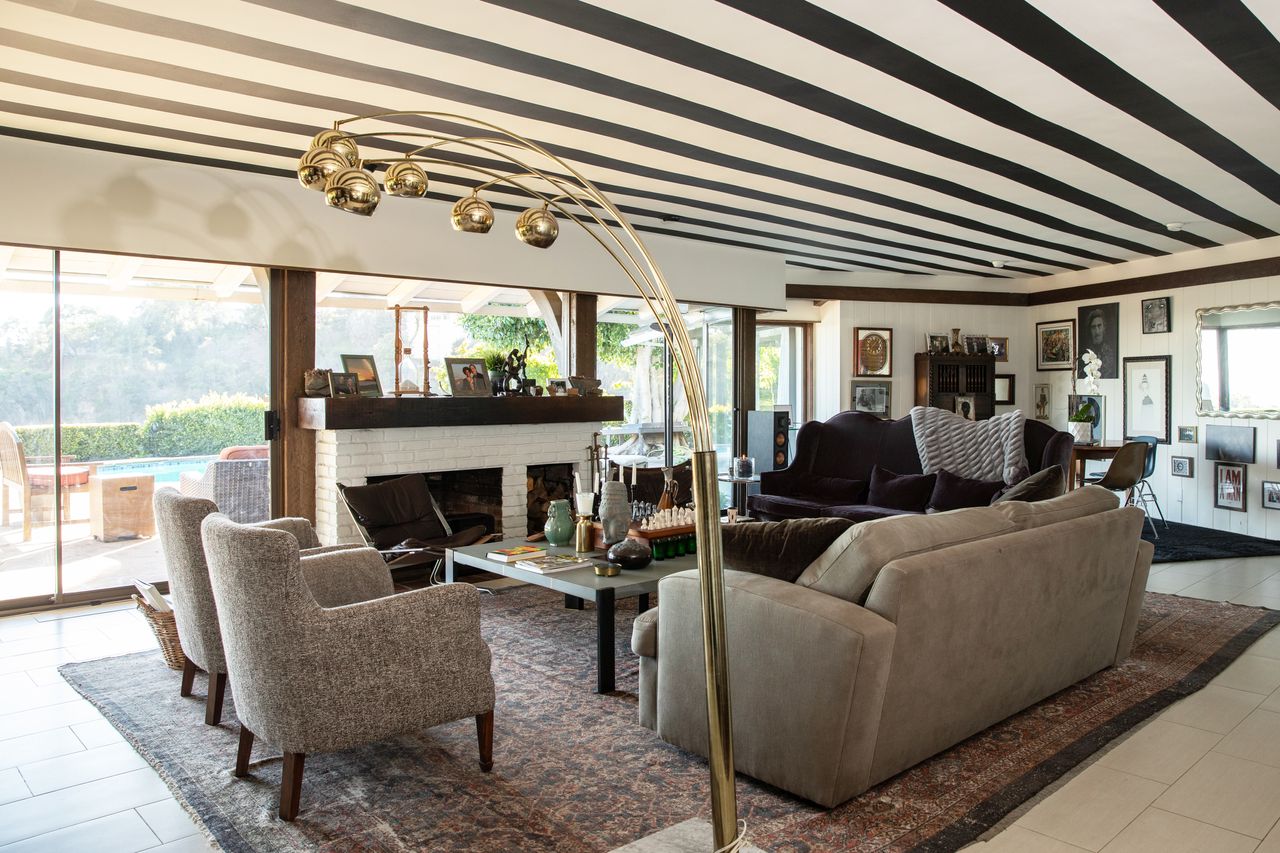 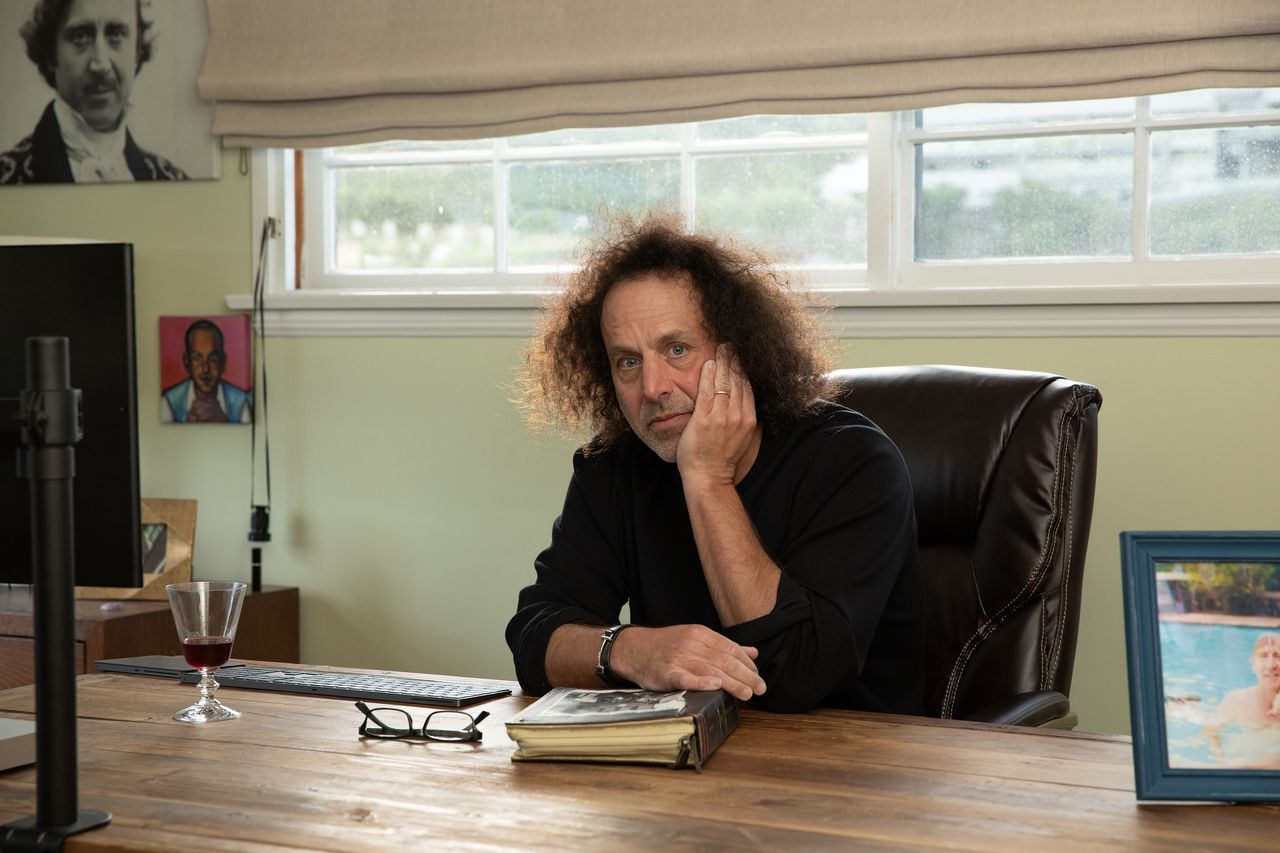 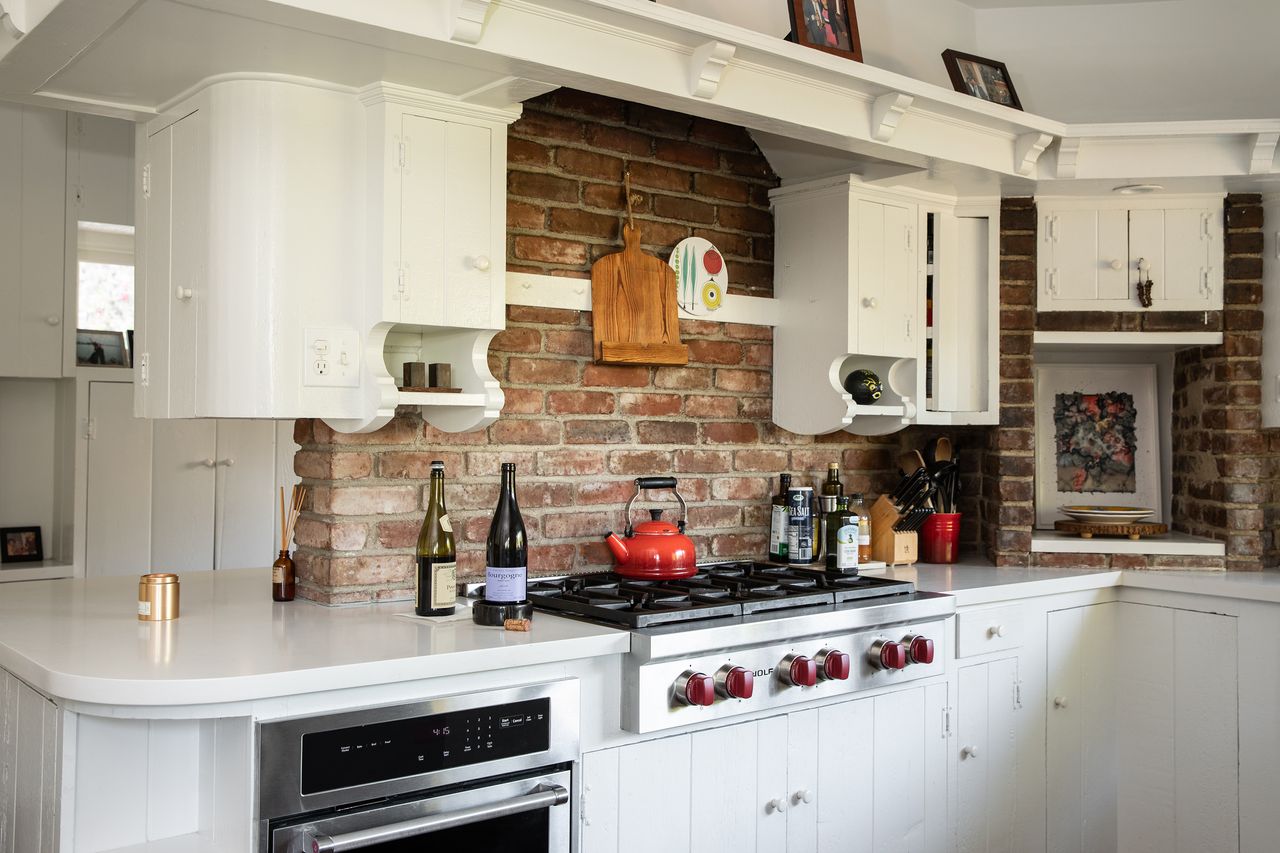 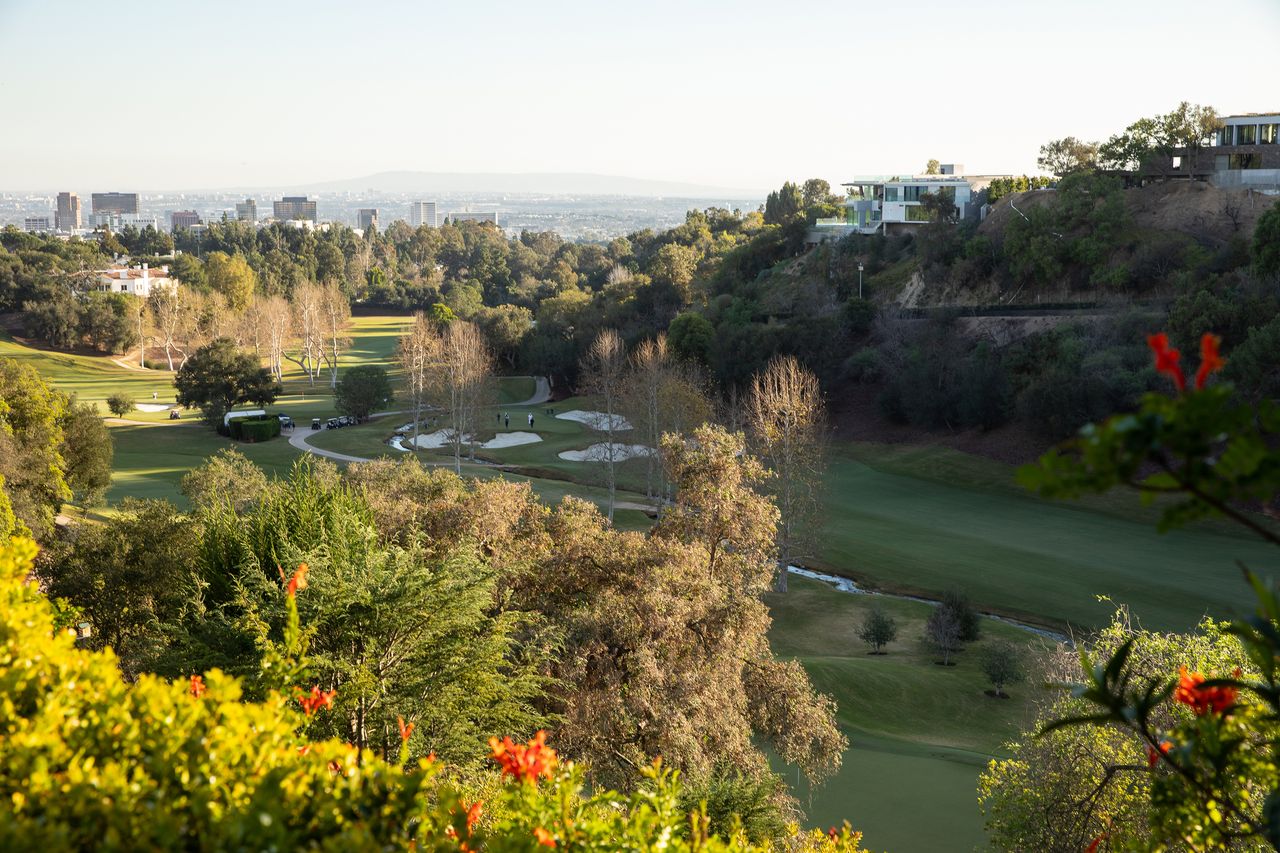 Jordan Walker-Pearlman was heartbroken when he was told, erroneously, that the house where he grew up with his uncle, the late actor Gene Wilder, had been demolished.

He still had vivid memories—sometimes even dreams—of Mr. Wilder’s morning swims in the kidney-shaped pool, the Sunday after-tennis hangouts with the likes of Mel Brooks and Sidney Poitier, raucous dinner parties, and listening to Mr. Wilder read scripts and play piano while he nursed a Lillet cassis cocktail.

The low-slung, white-shingled house, in the Bel-Air neighbourhood of Los Angeles, was also where actress, comedian and “Saturday Night Live” cast member Gilda Radner died from ovarian cancer in 1989. Mr. Walker-Pearlman considered her a second mother after she married Mr. Wilder in 1984.

“I mourned the house,” says Mr. Walker-Pearlman, a 53-year-old film director and writer, who directed the 2000 film “The Visit” and whose wild hair and prominent, expressive eyes are similar to those of his late uncle, known for his work in “Willy Wonka & the Chocolate Factory” and “Blazing Saddles.” From an early age, Mr. Walker-Pearlman split his time between living with Mr. Wilder, and living with his grandmother in Harlem. His biological parents, he says, were “a little crazy and not enthusiastic about the responsibilities of child rearing.”

Then one day, when he was in the neighbourhood, Mr. Walker-Pearlman drove by to show his wife, screenwriter Elizabeth Hunter, where the house had been. He was shocked to find it still standing. Owned by tech billionaire Elon Musk, there was a large party under way, but the security guard opened the gate so they could peek in.

“I am selling almost all physical possessions. Will own no house” and “Just one stipulation on sale: I own Gene Wilder’s old house: It cannot be torn down or lose any of its soul.”

A US$9.5 million listing appeared on forsalebyowner.com, advertised as the “former home of Gene Wilder/Willy Wonka,” “upgraded with modern amenities, but preserved original charming and quirky vibe.” The listing stipulated that the home was being sold with the condition that it must be preserved.

Mr. Walker-Pearlman said he reached out to Mr. Musk’s team immediately. He knew he couldn’t afford that price, but the tweet gave him optimism they might reach a deal. “The only person who could possibly want it not to be torn down as much as him was me,” he says. Mr. Musk didn’t respond to a request for comment.

After four months of negotiations, Mr. Walker-Pearlman says Mr. Musk agreed to sell the house to him and Ms. Hunter for US$7 million along with what’s called a “long form deed of trust and assignment of rents,” in which Mr. Musk agreed to lend the couple $6.7 million, according to public documents.

“He could have sold it for so much more,” says Mr. Walker-Pearlman. “His sensitivity to me can’t be overstated.”

The sale closed in October 2020. The timing for Mr. Walker-Pearlman was exquisite, because it allowed him to use the house as the set for his upcoming film “The Requiem Boogie,” produced by his production company, Harlem, Hollywood. The somewhat autobiographical plot follows a middle-aged former child actor, played by Mr. Walker-Pearlman, who is mourning the loss of his movie-star father. It is a spiritual, quasi-comedy about dealing with Mr. Wilder’s death and the nature of show business, says Mr. Walker-Pearlman.

Living in the house again has been both wonderful and spooky, says Mr. Walker-Pearlman. He feels the ghosts of the people who made it come alive. When he walks into a certain room, a memory will pop up and he will get teleported back, he says. At times he even feels like messages from beyond are being sent, such as when the crew was filming in what was Ms. Radner’s dressing room and suddenly the water in the shower and sink came on.

When he and Ms. Hunter were signing the papers for the loan from Mr. Musk, a buck they had never seen before appeared from the hedges and stood in the window, staring at them, hanging around for nine hours that day; they haven’t seen it since. The couple’s 3-year-old nephew, Hunter, has told him there are ghosts in the house, he says.

The house came with many of Mr. Musk’s furnishings, including a purple sofa, a drawing of a clown, a large chess set and a swing encased in a giant metal birdcage in the backyard, which Mr. Walker-Pearlman says was a party gift to Mr. Musk.

Mr. Walker-Pearlman says he believes Mr. Musk originally bought the property to protect the distant views of Los Angeles and the Pacific Ocean from his primary house across the street, which Mr. Musk sold for $29.72 million to Chinese billionaire William Ding in June 2020, according to public records. He says he believes Mr. Musk used the garage as a school for his children at one point and the main house to hold parties. Mr. Musk didn’t respond to a request for comment.

Some things have changed since Mr. Wilder owned it: There used to be white shag carpet in the living room (a recommendation to his uncle from the late actor Burt Reynolds, says Mr. Walker-Pearlman); the main bathroom had a bath. Mr. Wilder’s much-used piano and a dart board are gone. The ceiling is now painted with black and white stripes and trees no longer block the view of the Bel-Air Country Club’s golf course below.

But much is the same. Mr. Walker-Pearlman still uses the indoor grill in the dining room where he says Mr. Wilder loved to cook chicken three times a week. He sits at the small kitchen desk, where he says Mr. Wilder would eat his morning bran muffins and drink Earl Grey tea. And he swims in the same pool where Mr. Wilder would do morning laps and where he taught Mr. Walker-Pearlman how to swim. Almost every wall and shelf contains memorabilia, including photographs of Mr. Wilder playing tennis, dressed as Willy Wonka.

Mr. Walker-Pearlman had been living part time in Harlem with his grandmother, and part time with Mr. Wilder, who was his mother’s brother. He soon started spending all summer and time during a few other months in Los Angeles.

In L.A., Mr. Wilder gave him an education rich in the history of film, moviemaking and acting. He says he learned to process the world in terms of film, being hyper-aware of lighting and constantly wanting to change people’s dialogue. He started acting as a child and made and starred in his own film for Nickelodeon as a teenager. He also learned a lot about French red wines and the importance of romance, he says. “I didn’t leave his side.”

Ms. Radner urged Mr. Walker-Pearlman to try college, so he attended George Washington University and Howard University for stints. But she was also upset when he said he didn’t want to pursue an acting career. He says she told him “this house is for crazy people. You have to become one of us.”

The result was a mixed relationship with film. He says he learned to hate what he sees as the commodification and narcissism of the film industry, but he loved being in the editing suites and on set, especially during the filming of “Hanky Panky” in 1981, directed by Mr. Poitier, when Mr. Wilder and Ms. Radner met as co-stars.

In 1991, two years after Ms. Radner died, Mr. Wilder married his fourth wife, the former Karen Boyer. They eventually moved permanently to Ms. Radner’s former farmhouse in Stamford, Conn., where Mr. Wilder had been living much of the time after Ms. Radner’s death. He sold the Bel-Air house in 2007 for $2.7 million to Bristol Capital LLC. Mr. Musk bought it in 2013 for $6.75 million, according to PropertyShark.

Mr. Walker-Pearlman says he’s still mourning his uncle, who died in 2016 at age 83, and Ms. Radner. Living and filming in the house has triggered a range of emotions. “It’s the closest you can get to going back to the past,” he says. He worries that his wife pays a toll for that.

But Ms. Hunter says she’s thrilled to get the chance to live in such a beautiful house in a neighbourhood she never thought she would be able to afford. “It’s magic,” she says.