In particular, they hope millennials will be more interested in courses with only nine holes. Or even fewer. 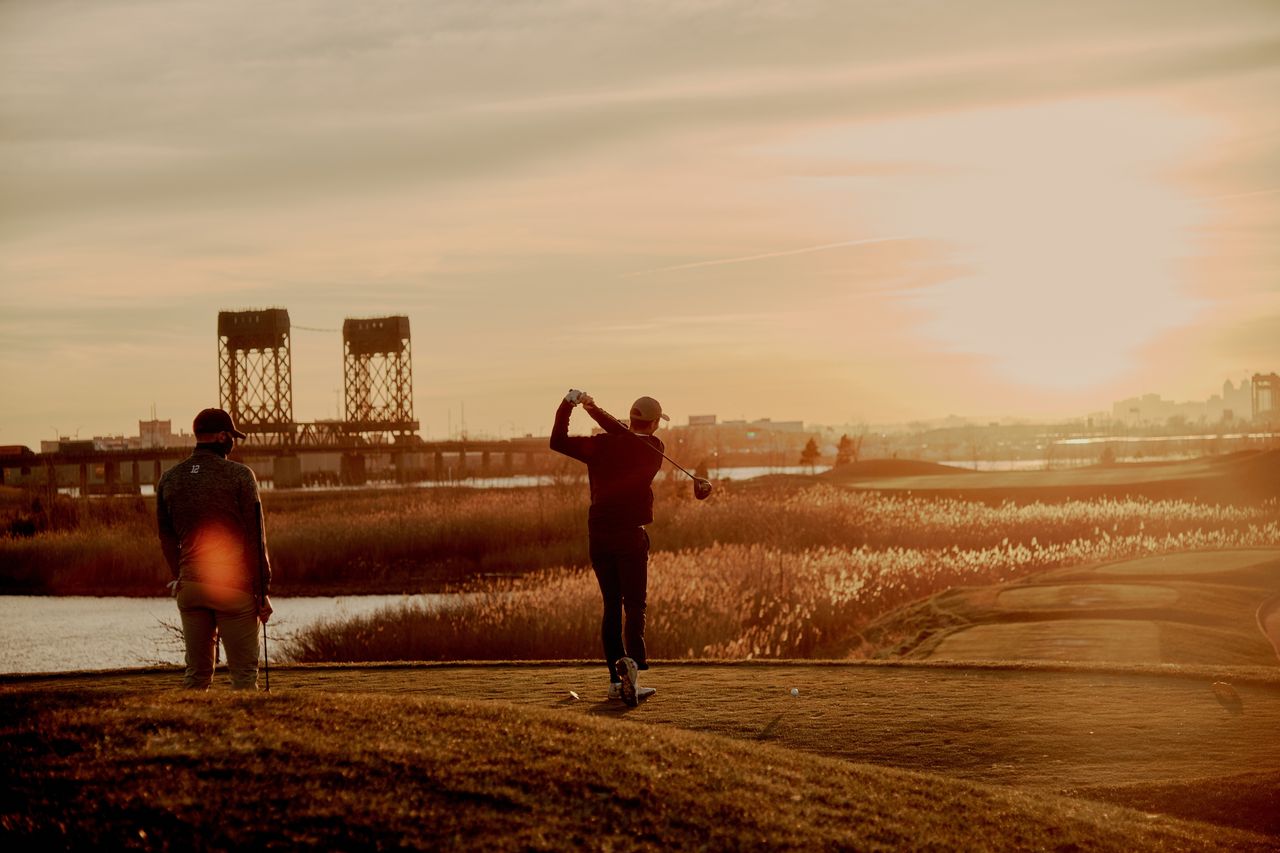 Golf has been a game of 18 holes ever since the ruling bodies of the sport decreed it so at the end of the 19th century. But now, some course operators—and even the U.S. Golf Association—are challenging the idea.

The idea is that less could be more, in terms of breathing much-needed new life into the game. When would-be golfers don’t play, the main reason given is the length of an 18-hole round—typically four hours or longer.

While pros and many serious players will continue to play 18 holes, the industry is looking at ways to shorten the game for others. Lots of courses are marketing nine-hole options, and some tout even fewer holes than that.

“The most common complaint we hear is that the game takes too long,” says Steve Skinner, chief executive of KemperSports, a Chicago-based owner and manager of more than 100 courses across the country. “We need to let them know golf does not have to be a four- or five-hour experience.”

The USGA has lent its stamp of approval to shorter games, beginning with its “Play 9” initiative, launched in 2014, consisting of TV ads, especially during the heavily watched U.S. Open and U.S. Women’s Open telecasts, and an effort to give owners marketing ideas to promote the nine-hole option at their courses. The association also permits scores from nine-hole games to be posted on its USGA Handicap Index.

“The nine-hole round, the two-hour experience, is much closer to the type of entertainment people usually have,” says Rand Jerris, senior managing director of public services for the USGA. “Going to a movie. Two hours. Going to dinner. Two hours. Two-hour windows seem to fit comfortably in the American lifestyle. For people like that, nine holes works.”

According to the National Golf Foundation, there are 3,777 nine-hole golf facilities in the U.S., or about 26% of the total number of courses. 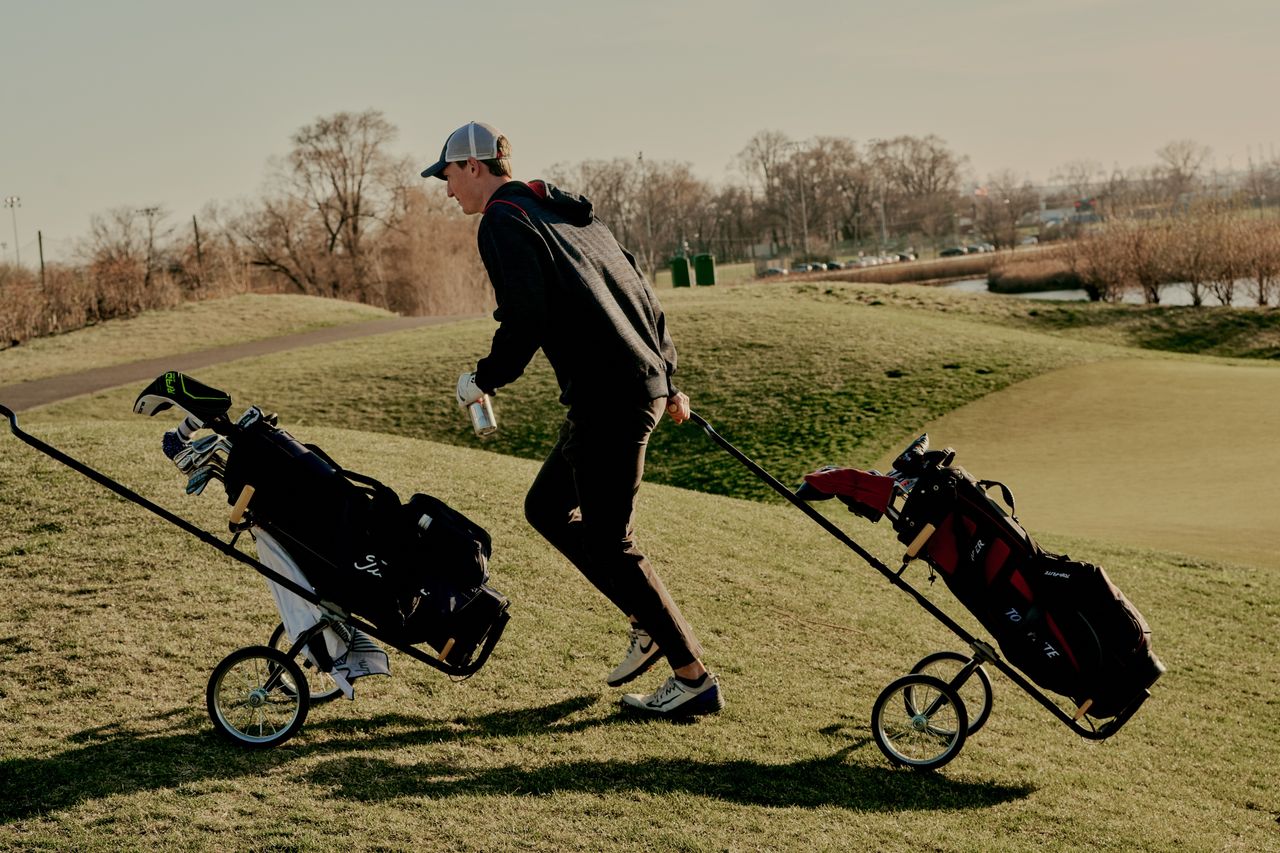 The shorter game is particularly targeted at millennials, who currently are playing a lot less than their parents or grandparents did at a similar age, mainly due to the game’s length, says Mr. Skinner.

To Kevin Berliner, at 32 a millennial himself, the problem is the mercurial nature of his generation.

“It’s about perception. Millennials will wait 3½ hours for the best burger in town, but will say 3½ hours for golf is too long,” says Mr. Berliner, who is a medical-device salesman and participates in the Young Executives Program at Cantigny Golf, a public course in Wheaton, Ill.

Cantigny and other courses market nine holes as an option for all golfers. But, as Mr. Berliner says, the shorter round is particularly attractive for people in his age group, especially at the end of a working day.

“It’s not just the golf course that matters,” Mr. Berliner says. “If we can go to a place where you can play nine holes and then get a burger and a beer, that is very enticing to the younger generation.”

Indeed, many facilities are looking to pair shortened rounds of golf with food and drink. Various versions of “Nine-and-Dine” promotions are being marketed to couples and families, and some locations are cutting even more holes. A six-hole round of golf with an on-course happy hour after play is offered at Chambers Bay, a course managed by KemperSports just outside of Seattle and the site of the 2015 U.S. Open. 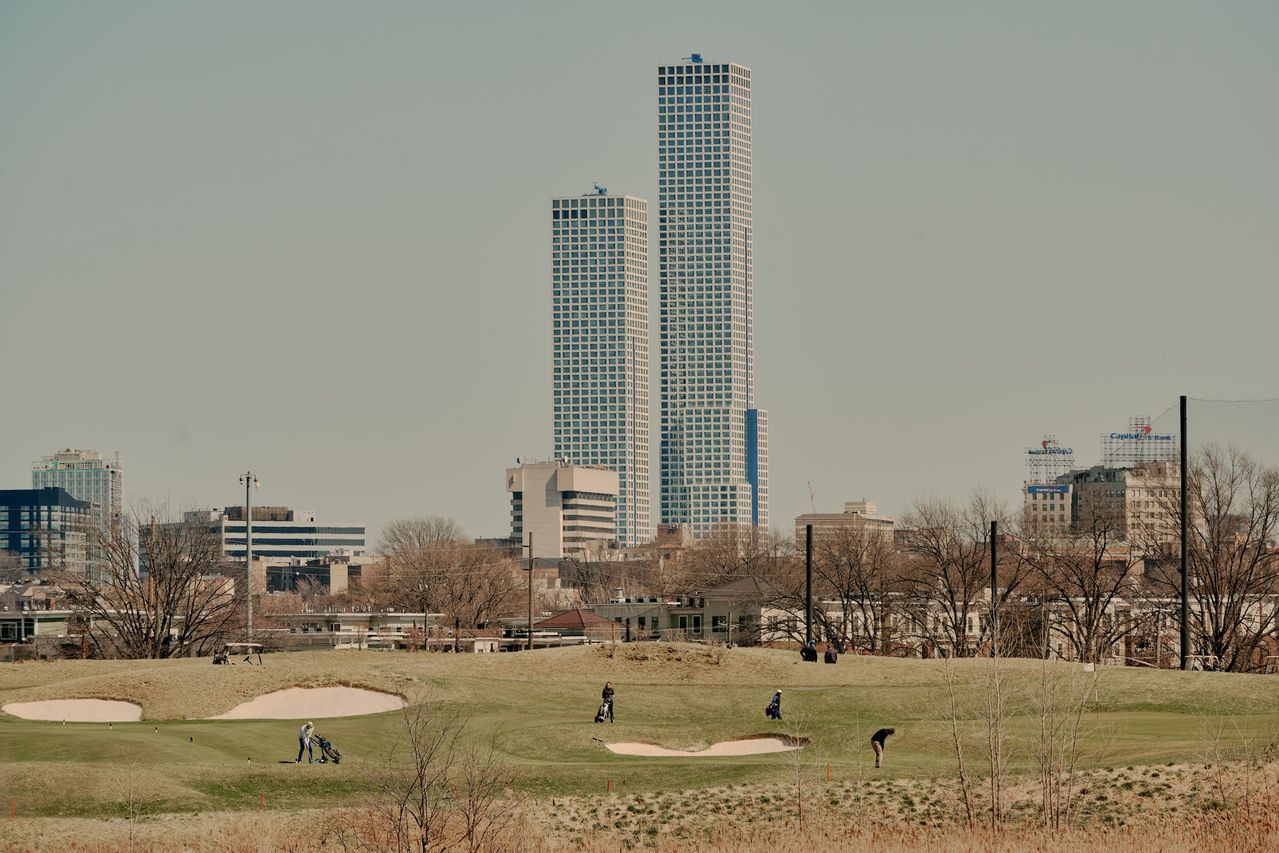 Skyway Golf Course in Jersey City, N.J., offers another possible alternative—a shortened game, and beautiful greens, in a more urban setting. Built in 2015, this upscale, public, nine-hole course features challenging holes with dunes and a view of the Manhattan skyline. TJ Wydner, who oversees the facility, says Skyway did more than 40,000 rounds last year despite being closed for six weeks because of Covid. He says the course is more accessible and popular with time-compressed serious golfers who want to squeeze in a quality two-hour round.

Golf-course owners, especially in expensive urban areas, may find another benefit of fewer holes: cost. “We know that land is expensive and that it is expensive to maintain 18 holes,” Mr. Jerris says. “We know for the game to be sustained, it has to be on a smaller footprint.” 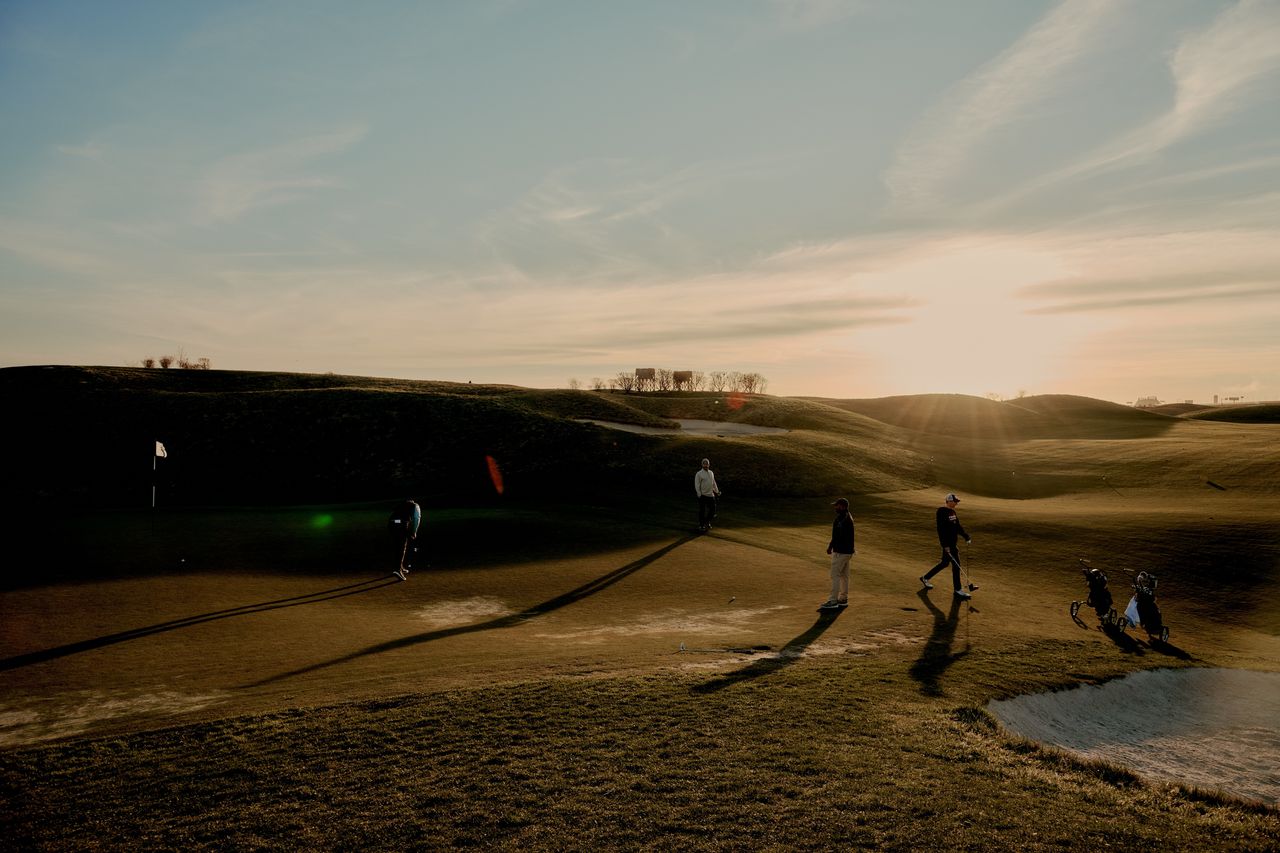 The timing for a shift to shorter games and courses seems favourable. The big story in the early 2000s had been the closing of many golf courses as a result of overbuilding for a big boon that never came. When Covid hit, operators prepared for the worst last summer.

Instead, the opposite occurred. With many entertainment options closed, people flocked to golf courses seeking to be outdoors, and to find a sense of normalcy. According to the National Golf Foundation, golf in the U.S. last year experienced a 14% increase in rounds from 2019, and that figure would have been much higher if virtually every course hadn’t been shut in the spring. More telling was the volume from June through year’s end: Packed courses had approximately 75 million more rounds nationally than in the same stretch in 2019.

Another dynamic also came into play. With people working more at home, thus eliminating their commutes in many cases, many found time to play golf, perhaps by sneaking out for an early-morning nine or shutting down the computer for a late afternoon round. In previous years, typical tee sheets often had plenty of vacancies from 2 to 5 p.m., Mr. Skinner says. Not last year.

“Those times were full every day,” Mr. Skinner says. The pandemic “completely flipped the tee sheet.”

Mr. Skinner does not think it was a one-year trend either. With expectations that many people will continue to work remotely once things return to normal, that means they will again have more time to play golf.

Mr. Jerris believes it is incumbent for operators to be creative, giving golfers more alternatives than just playing 18 holes. He notes that some courses are experimenting with fees based on the numbers of holes played or by the hour.

“Golf operators have to understand they have a lot of unused inventory on their tee sheets,” Mr. Jerris says. “Perhaps they can send players off the back nine when it is empty in the early morning. They can look at sending people out to play a few holes when there isn’t much daylight left. Those kinds of things are found revenue at no additional expense.”

Ultimately, it is about getting and keeping people engaged in the game, Mr. Skinner says. He speaks from personal experience. Even though he is a leading golf-industry executive, his children never got into the game before last year. During the pandemic, he often played late afternoon, nine-hole family rounds. Those outings led to his 23-year old son, Jack, getting the bug, as he played more than 30 rounds last year. Mr. Skinner now describes his son as “being addicted” to golf.

That is exactly the aim of the Play 9 campaign and other initiatives to get people out to the course. The idea is for them to become returning golfers, no matter how many holes they play.

“Golf is an addictive game,” Mr. Skinner says. “But first we’ve got to get people out to experience it. Once they do, hopefully they keep coming back for more.”