Inside An Icelandic Holiday Home

Inside An Icelandic Holiday Home

With front row seats to a rare sight: greenery. 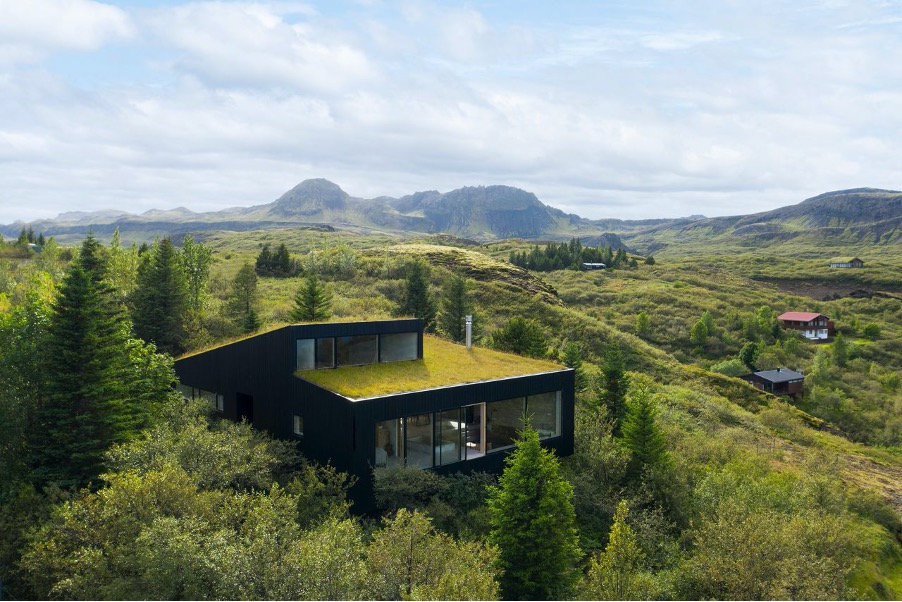 With its waterfalls and glaciers, Iceland offers views that are hard to beat. But Tina Dico and Helgi Jonsson managed to do just that with their new holiday home, built on a lot where the view is made even more spectacular by a rare bit of greenery.

Less than an hour’s drive from the couple’s main house in greater Reykjavik, their half-acre property above Thingvallavatn, one of Iceland’s largest lakes, has a clear sight of Skjaldbreidur, a 3,500-foot mountain formed by an extinct volcano, and, just beyond, the top of the Langjökull ice cap, Iceland’s second-largest glacier. But what sealed the deal was a number of spruce, pine and birch trees.

“When you’re used to having no trees around, which is pretty much how it is here in Iceland, this place is like walking into a green haven,” says Ms. Dico, a 43-year-old Denmark-born singer and songwriter. 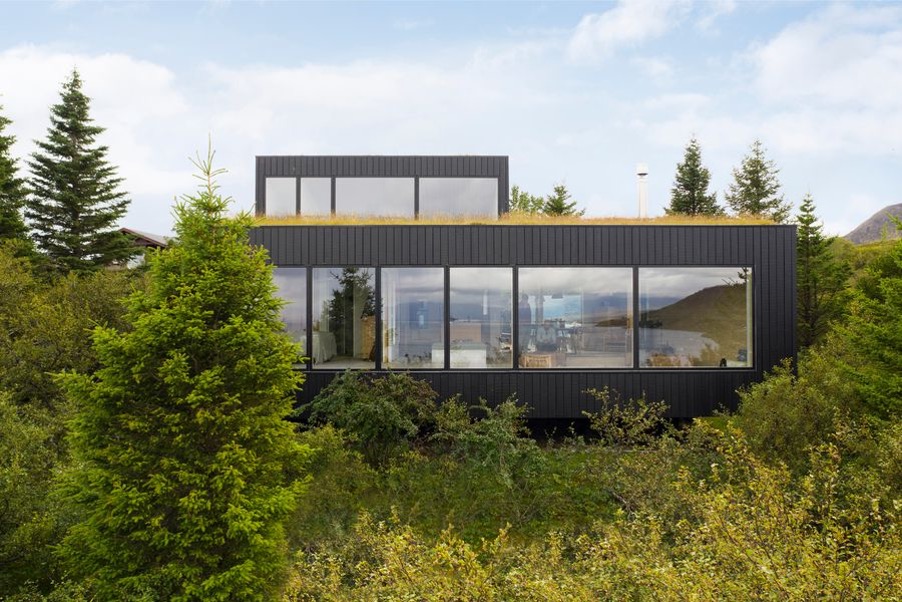 Ms. Dico, who performs under the name Tina Dickow in her native country, and her husband, a 41-year-old Icelandic musician and painter, bought the property in 2013, not long after she relocated to the subarctic island. They paid US$226,800 for the property, which came with a 500-square-foot, A-frame house dating to the 1970s. Ready to take advantage of recent zoning laws allowing larger buildings, they decided to replace the structure with a 1,600-square-foot, three-bedroom home that has one full bathroom and a second-story sleeping loft. It also features a deep bathtub in the main living area that converts into a daybed. The couple share the house with their three children: Emil, 9, Jósefína, 7 and Theodór, 4.

The couple worked with KRADS, an architecture studio with partners in Reykjavik and Copenhagen, but, aided by their families, they ended up building a large part of the house themselves. The couple estimate that they saved up to US$156,400 by doing everything from applying the facade’s Siberian larch cladding to putting up their own doors.

Iceland, with its rapidly decreasing glaciers and rising sea levels, is on the front lines of climate change, and there is no bigger story for the country, says Mr. Jonsson. 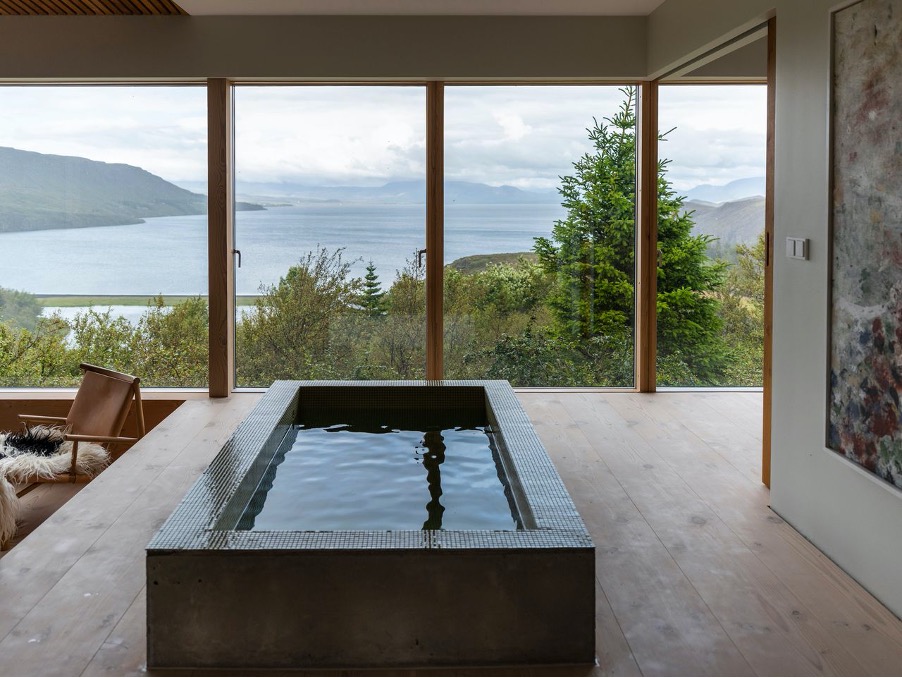 The Langjökull ice cap, whose peak is visible from the family living room, is getting smaller, like so many of Iceland’s glaciers. Mr. Jonsson compares it to the current state of a glacier in southeast Iceland, where he took childhood hikes. “It used to take 10 minutes to get to the edge of that glacier,” he says. “Now it takes an hour.”

Issues related to sustainability and the project’s carbon footprint were on the couple’s minds when they planned the house.

Instead of just tearing down the original A-frame, which was in still in good condition, the couple gave it away. It is now being used as a guesthouse by the father of one of their contractors, who had it lifted by crane and then transported by flatbed truck.

They also opted for an environmentally friendly sod roof, which, says their architect, KRADS founding partner Kristján Eggertsson, is more expensive to build. The packed soil, he says, “filters impurities out of the rain water before it returns to the ground.” 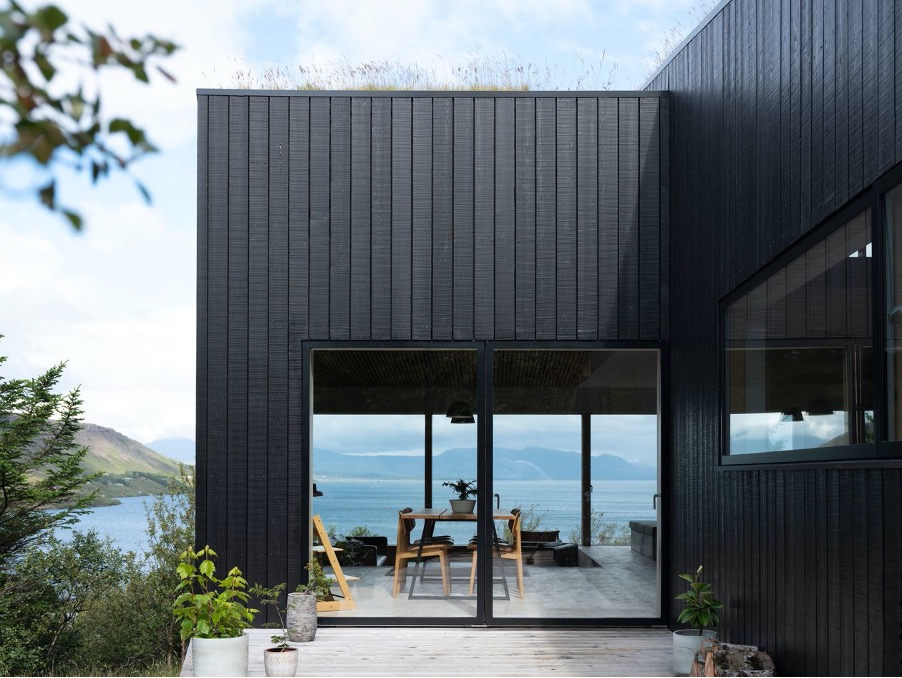 The house is close enough to their main home—a 5,000-square-foot four-bedroom equipped with a recording studio—for a quick day trip, but offers a radical change of scenery.

In the summer, lush moss adds to the area’s otherworldly greenness. “But it’s even more amazing in the wintertime,” says Ms. Dico, when there is more snow than in the coastal region, where they live.

The icy country roads and deep snow can make it difficult to get to, she says, but the family doesn’t hesitate to make the trip to enjoy atmospheric nesting.

When the children are older, Ms. Dico says, she plans to take advantage of their access to Skjaldbreidur—which she calls “the old volcano across the lake”—and take up cross-country skiing and winter hiking.

For now, “We do a lot of sleighing and drinking hot cocoa, while enjoying the view, the peace and the fireplace,” she says.

The couple is busy recording an album—their first since building the holiday house—and they are taking stock of how the new refuge may affect their creativity. Ms. Dico is looking forward to a double-dose of artistic stimulation. She says the drive to the house goes through a typically treeless stretch of landscape, which she likens to being on the moon, then ends at what she describes as the home’s fairy-tale setting. “It’s all just incredibly inspiring,” she says.