The tony Australian enclave boasts high-end homes that cost a fraction of those in Sydney or Melbourne. 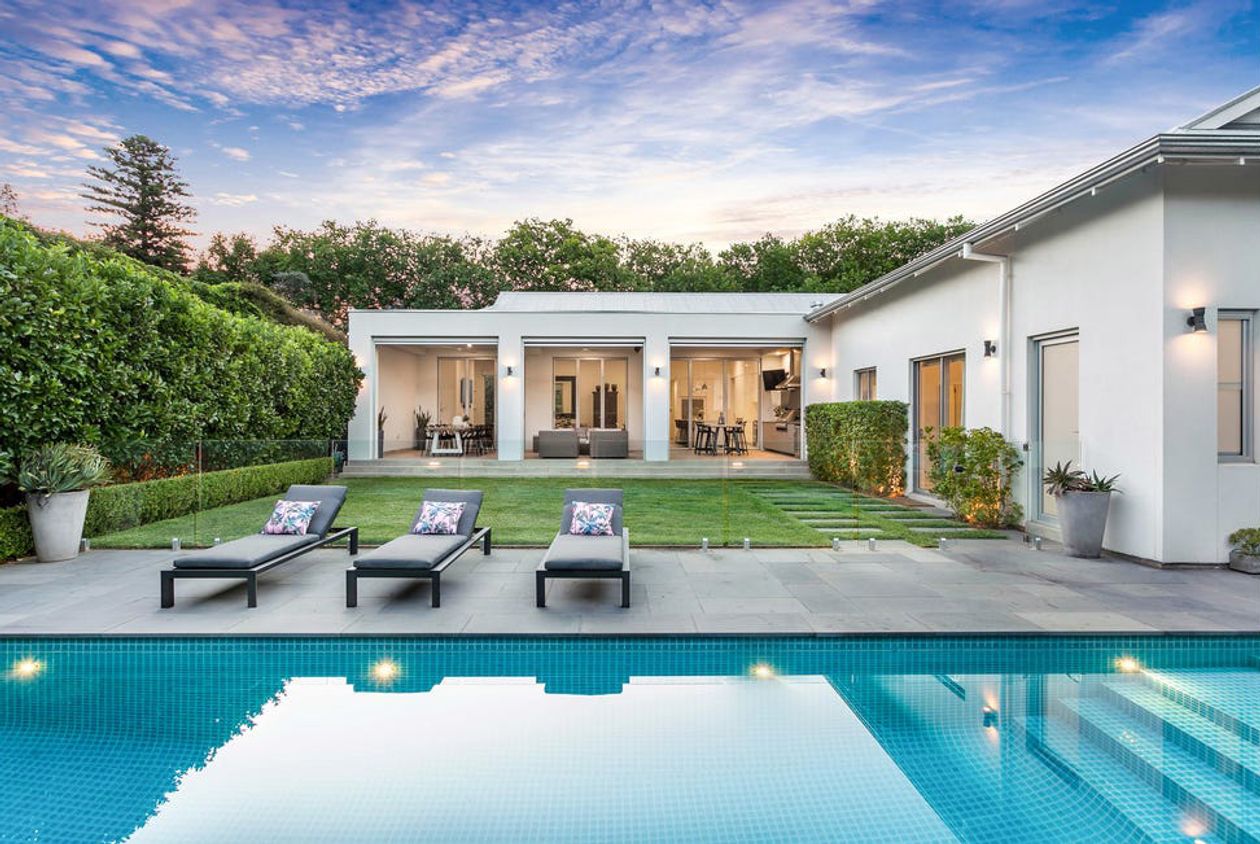 As one of the country’s most affordable capital cities, Adelaide’s prestige market is unlike that of its more populous and expensive neighbours, Melbourne and Sydney.

Revered for its safety and envied for its livability, it’s a city that has thrived in the past 12 months, as fears of a fallout from the Covid-19 pandemic hit the residential property market.

In particular, Adelaide’s prestige pockets, small as they are, continue to attract buyers as locals, interstate and international buyers, flock to lifestyle properties and quality homes in blue-chip locations.

The city’s best-performing market in 2020 was the City of Unley, encompassing the prestigious inner-city suburbs of Unley Park, Malvern, Hyde Park, Unley and Wayville. The performance of these areas confirmed its long-held position as one of Adelaide’s most expensive residential areas.

It’s been 150 years since the formation of the City of Unley, once a collection of small villages sitting on the southern boundary of Adelaide’s central business district.

Land was used mainly for farming, orchards, grazing and dairy before expansion began in the 1870s into the early 1900s. The improved access and establishment of new villages doubled the population from 11,000 in 1891 to about 22,000 in 1906.

Significant development occurred during the early 1900s and the area was almost completely subdivided by the end of the 1920s, with the population fluctuating in the following years. It’s remained stable at 39,000 for the past decade, with slight increases only due to a growth in medium density houses, as large blocks and planning permission has allowed for luxurious and modern townhomes.

Collectively, median house prices in the Unley local government area increased almost 19% in the year to December 2020, according to the Real Estate Institute of South Australia (REISA).

Lifestyle, stunning architecture, proximity to the city and access to exclusive schools are among the top reasons for the area’s recent growth, attracting local families while luring back South Australian expatriates, keen to enjoy Unley’s affluent suburban lifestyle.

It measures 5.4 square miles and is bordered by Cross Road to its south, the A2 or South Road to its west and Glen Osmond Road to its east. Greenhill Road forms the area’s northern boundary, separating it from Adelaide’s extensive parklands.

Unley’s best and most expensive addresses can be found in Unley Park, where the leafy streets are lined with bluestone and sandstone villas.

The median house price is almost $1.4 million based on the 25 sales in the 12 months to December 2020, according to CoreLogic figures.

An entry-level house in Unley Park costs upward of $1 million but in the current market buyers should be prepared to pay closer to $1.5 million, Sotheby’s Adelaide principal Grant Giordano said.

For bigger and more desirable or luxurious home, Mr. Giordano said buyers need to be prepared to spend between $3.5 million and $5 million.

The best homes are located on Victoria Avenue in Unley Park, where majestic and grand historical residences occupy “a superb tree-lined street, where the canopy-style London Plane trees create an irreplaceable streetscape,’ he said.

Luxury estate agent Stephanie Williams, a partner of Williams Real Estate, added that Northgate Street in Unley Park and Cambridge Terrace in Malvern are among the most coveted spots in Unley for buyers.

“These streets are highly desirable as they are all close to shops, cafes, schools, parks and the city,” she said.

She said a “decent home” requires a minimum of $1.65 million in 2021 and up to $6.5 million for premium properties, as prices rise rapidly on the back of strong demand.

The streets of Unley Park blend the grandeur of yesteryear with striking architecture and modern convenience. Beautifully preserved Victorian estates built in the late 1800s, sit alongside immaculate colonial cottages contributing to its wonderfully preserved village-like atmosphere and sophisticated charm.

Many residences were built between 1850 and 1870 with grand, original features including iron lace, wraparound verandas on spacious blocks, Mr. Giordano said.

“There are some new builds in recent years, however, the predominant style of Unley and Unley Park comprises grand renovated villas,” he said.

A 1920-built sandstone villa, extensively and architecturally renovated in 2015, sold in February, is a classic example of the area’s housing style, Ms. Williams said. More than 40 groups inspected the property and multiple offers were made on one night.

“A local family secured the property and were thrilled as it offered all the lifestyle features and location they were looking for,” she said.

What Makes it Unique

Charming heritage and lush parklands are part of Unley Park’s unique fabric and why it’s such a treasured home base for well-to-do families, professionals and creatives.

A 2.4-kilometre drive from the centre of Adelaide, it’s bordered by Adelaide Parklands and is well serviced by several community gardens, parks, playgrounds and community centres.

Nearby schools include the independent Walford Anglican School for Girls in Hyde Park, which is a non-selective facility for more than 600 students, from early learners through to Year 12, including borders.

The co-educational Concordia College in Highgate caters for students aged five through to 18 and the independent Uniting Church co-educational Scotch College, founded in 1922, is in Torrens Park.

Enrollment for the two local public schools, Unley Primary School in Wattle Street, Unley for children ages 5 to 11 and Unley High School in Kitchener Street, Netherby for students ages 12 through to 18, are in high demand.

A trendy and affluent neighbourhood, Unley is known for its boutique shopping scene, with shops such as Eco D. and Ecru selling designer fashions on King William Road, and Etienne, known for its artisan homewares and luxury gifts, on Unley Road.

Asian and modern Australian bistros and casual pizza places sit alongside dessert bars, chic cafes and refined Italian Trattorias. Pubs such as the Hyde Park Tavern and wine bars attract young professionals, while families enjoy the open space of Heywood Park with its towering gum trees and Soldiers’ Memorial Garden, where cannons and a rotunda honour those who served in WWI.

Plans for a $150 million development on Unley Road were unveiled in December, and immediately labelled a game-changer and a future landmark site that will transform the area into one of Adelaide’s premier retail, entertainment and residential destinations. The project is expected to attract major national and international brand retailers, a wellness centre, medical services, cinemas, offices, a supermarket and a discount store in an integrated multi-level layout.

Above the retail and cinema complex will be residential apartments.

Families and mature couples dominate this area of Adelaide due to housing style, generous block sizes, proximity to amenities and a vast range of education options.

It’s old-school Adelaide, where the high home ownership rates of 63% demonstrate that once in Unley, families stay for a long time. In the 2019-20 fiscal year, more than $160 million worth of residential building approvals were granted in the area, indicating confidence in the area and a high rate of growth.

Census data confirms the area’s affluence with 40% of residents university educated, more than twice the state’s average. Figures collected by the Australian Bureau of Statistics shows 28% of households earn an average income of $2,500 or more a week and the same number list “professional” as their occupation.

As of November, the trajectory of the Australian housing market reflected a recovery trend, with smaller capital city markets such as Adelaide sitting at record-high values.

The expectation is for the momentum to continue as buyer interest outstrips house listings, which remain at historic lows, according to figures from data firm SQM Research.

Since the pandemic, “quality luxury homes in exclusive locations are in higher demand than ever before, with very low supply and prices rapidly increasing,” said Ms. Williams, of Williams Real Estate.

“This looks like it will continue until at least the end of the year before stabilising as we are now experiencing a big influx of interstate and international buyers wanting to relocate to South Australia which is competing more and more with the local market,” she said.