A new construction penthouse on Manhattan’s Upper East Side has gone into contract. 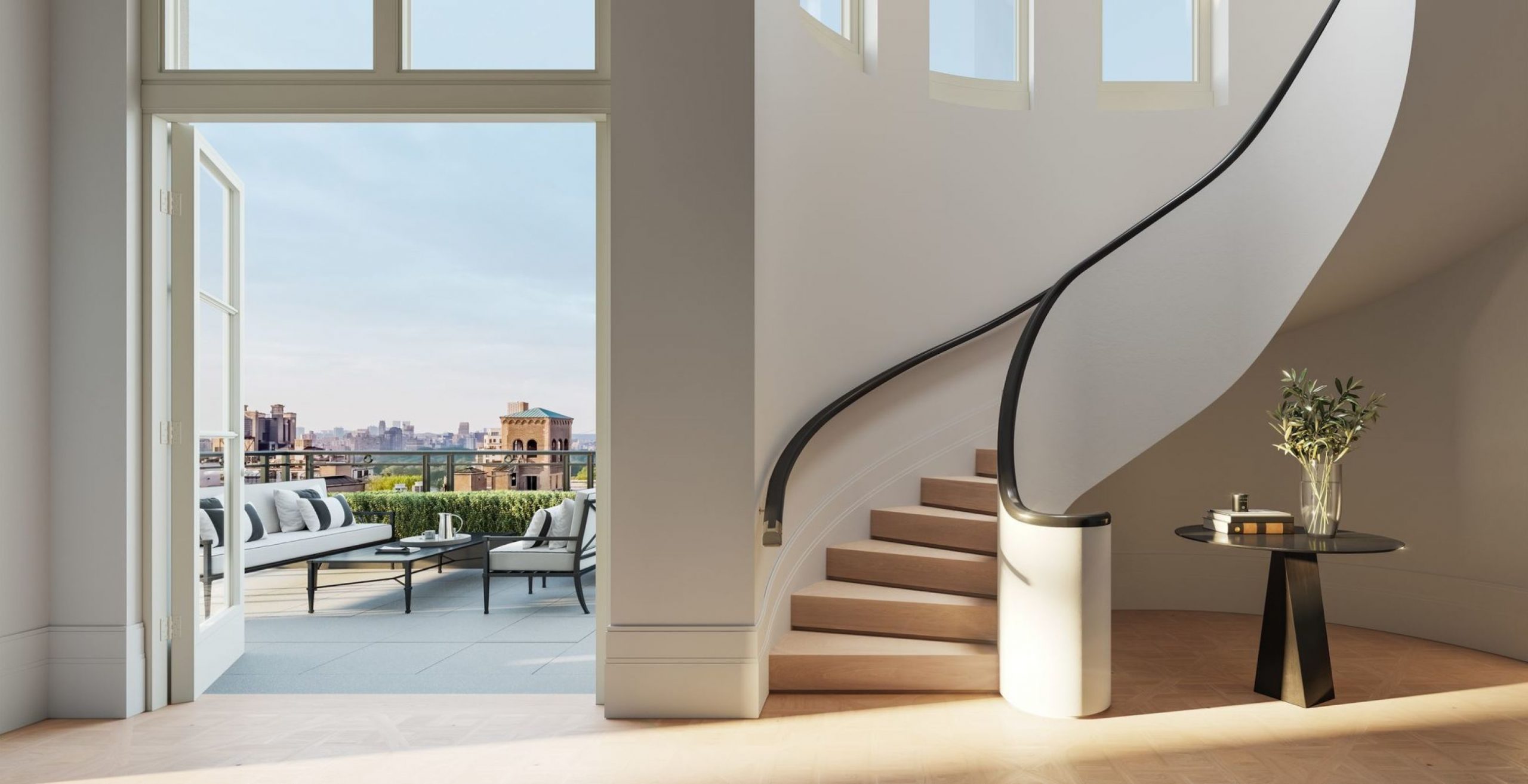 A new construction penthouse on Manhattan’s Upper East Side has gone into contract for approx. $89 million, according to the developer.

The buyer is combining the top two units at the Bellemont condominium at 1165 Madison Avenue, according to Miki Naftali, chairman and CEO of Naftali Group, the building’s developer. The completed unit will comprise four full-floors spanning roughly 1200sqm, plus approximately 200sqm of outdoor space, he said.

Mr. Naftali declined to disclose the identity of the buyer, but said the purchaser is a New Yorker.

The larger of the two units, designed as a seven-bedroom, was originally listed for around $52 million. The smaller, designed as a four-bedroom, was listed for approx. $35.5 million. Mr. Naftali said the buyer is paying slightly more than the full asking price for the developer to deliver a combined unit with its own elevator. Alexa Lambert and Alison Black at Compass are marketing the project.

The deal is among the most expensive above 59th Street on the Upper East Side. The current record was set in 2015, when a Fifth Avenue co-op sold for approx. $103.5 million, according to research and appraisal firm Miller Samuel. A townhouse on East 67th Street traded for approx. $103.3 million in 2019, records show.

“That kind of price point in this neighbourhood is rare,” said Jonathan Miller of Miller Samuel. “Within the condo market itself, the only activity north of that number has been in one building: 520 Park Avenue.” In 2018, two units in that building sold for $98.8 million and $90.9 million, records show.

Like 520 Park, the Bellemont was designed by Robert A.M. Stern Architects and it will have a hand-laid limestone facade, Mr. Naftali said. He said he expects to start closings by the end of 2022.

Sales at the building, which has about 12 units, officially launched in late October, and Mr. Naftali said there are two other units in contract. The least expensive unit is asking $8.6 million, he said.

Manhattan luxury sales more than tripled during the third quarter of the year, compared to 2020, according to Miller Samuel.