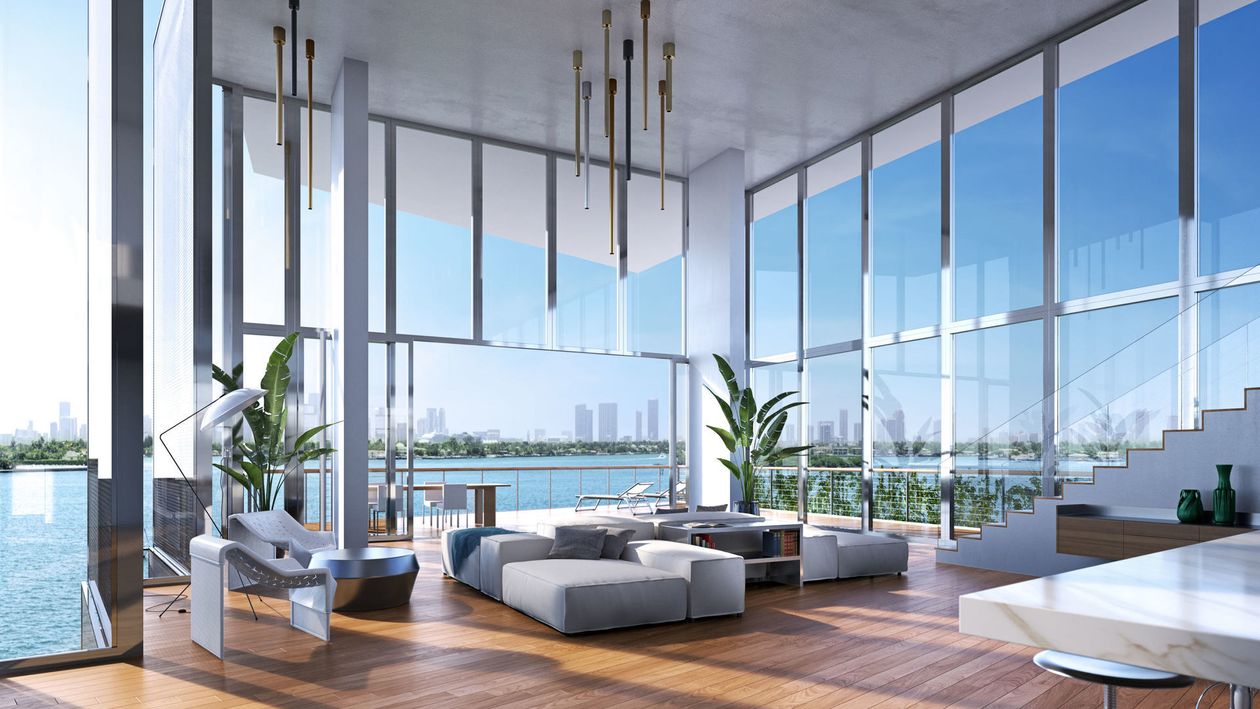 When it comes to real estate, some people reach for the stars.

Many affluent buyers are as drawn to properties designed by so-called starchitects—architects who have achieved celebrity status for their exceptional projects—as they are to luxury cars or haute couture.

“Look at Birkin bags. Why are they worth so much? It all comes down to the brand,” said Ryan Serhant of Serhant brokerage in New York.

But starchitect projects also offer quality alongside the cache. Buyers also want to know their investments are safe, especially in a volatile market. Buildings by architects whose past projects have sold well and retained value are a safer bet.

“Buyers are not willing to take risks on those unknown developments, especially if they are not finished or don’t have a good percent sold,” said Vickey Barron, a New York City-based agent with Compass. She served as director of sales for the converted Walker Tower, built in 1929, and two other buildings by Ralph Walker, once called the “architect of the century” by The New York Times.

Ultra-high-net-worth buyers, or masters of the universe as Ms. Barron calls them, may be dazzled by the stars of the architecture world, but they also want value.

Mr. Serhant, who is something of a celebrity himself after nine seasons of Bravo’s television series “Million Dollar Listing New York” and its spinoff “Sell it Like Serhant,” agreed.

“In a new building, what you’re buying is the architect,” he explained. “You’re not just buying concrete and wiring and drywall, wood and metal. Anybody can create that. But if yours was designed, handled, studied, pored over by a famous architect who has a history of creating great properties that hold their value, then it works.”

Robert A.M. Stern is one such architect. His classic Manhattan towers are some of the most sought after in the city, according to Ruthie Assouline, a Compass agent in New York and Miami. She and her husband, Ethan, represented Mr. Stern’s 20 East End Avenue, an Upper East Side construction completed by the architect in 2015.

“Whenever we show in his building, and we’re speaking about Robert Stern, it’s always very impressive to people,” she said.

A new residential development by Mr. Stern on the Upper East Side, 150 East 78th, launched sales in January. The 17-story, limestone-clad tower will bring 22 residences to the neighbourhood and feature interiors by designer Robert Couturier and a rooftop terrace with Central Park views. Prices range from $5.2 million to $20 million.

Some high-net-worth buyers even go so far as to collect apartments by the same architect, Ms. Assouline said. One example: Sting and his wife, Trudie Styler, who have bought in several of Mr. Stern’s buildings, including a nearly $66-million penthouse at 220 Central Park South.

Others look to starchitects when they are moving to a new city, Ms. Assouline added.

“In New York, talking about the architect was hugely important, and I see a lot of those same architects are now in Miami,” she said, noting examples such as architects like Renzo Piano, Jean Nouvel and the late Zaha Hadid. “That gives people a sense of trust and comfort, especially people from overseas…They don’t know the location as well, but they know who they’re buying, whether it’s people that they’ve read about, or their friends have bought in homes with that architect.”

Jean Nouvel is another collection-worthy architect. His eponymous firm is behind the new Monad Terrace in the South Beach neighbourhood of Miami, including the interiors and landscaping as well as the architecture. The project will feature a “reflection machine” between its reflective facade and the pool and lounge area, called the lagoon, at the centre of the property.

“He’s a master of art and light,” Marci Clark, managing director of strategy at the project’s developer JDS, said of Mr. Nouvel. The reflection machine is “this living art piece that is constantly changing, not just throughout the day and whatever’s happening with the clouds, but also with the seasons and time of year.”

Monad Terrace will have 59 units, with two- to five-bedrooms available. Prices start at US$3.36 million, and move-ins are set to start by early March. Other amenities include extensive outdoor space for residences and one of the largest green walls in Miami, Ms. Clark noted.

Back in New York, Mr. Serhant is representing the soon-to-be-launched 101 West 14th Street by Eran Chen of ODA New York, which will bring 44 homes by the in-demand firm to Greenwich Village in Manhattan.

“[Chen] is a great architect because he’s created buildings that stand out from the crowd while also blending in,” Mr. Serhant explained. “He doesn’t design on a rectangle, then draw it out and see what fits in the rectangle. He created 44 individual homes, then had to put them together like interlocking puzzle pieces, which makes every single unit unique and specific to that owner.”

Many of the residences, which start at US$1.25 million, are duplexes with double-height living areas and private outdoor space. Amenities included a landscaped courtyard and a roof deck with an outdoor kitchen and views of the city.

Projects with big names attached to them often mean more publicity, with real estate publications eager to report on the projects of renowned architects. That was the case with the Lost House in London, a 2004 design by architect Sir David Adjaye, which went on the market in the fall, according to listing agent Guy Bradshaw of United Kingdom Sotheby’s International Realty.

“When it first launched, it got picked up all over,” he said. “People were fascinated by it.”

The home’s starchitect pedigree also attracted fashion shows and television filmings, Mr. Bradshaw noted. Scenes from British shows like “Spooks” and “Silent Witness” were shot at the home, which is listed for £6.5 million (US$8.9 million).

The ultrachic backdrop didn’t hurt, either. The three-bedroom, three-bathroom home boasts an open living space with three light wells that flood the space with light and create interior courtyards. It also features an indoor pool, an office above the garage and a sunken entertainment room whose lime-green walls and couches are in stark contrast to the rest of the home’s black walls and floors.

Mr. Adjaye is also the architect behind 130 William, an 800-foot tower with 242 residences in Manhattan’s Financial District. The project also includes five furnished homes designed by the luxury car company Aston Martin that come complete with an Adjaye-designed Aston Martin DBX. Prices range from about $700,000 to $8.2 million.

The building launched sales in 2018, but during the pandemic, people who’d already signed contracts in the project wanted to upgrade, according to Scott Avram, senior vice president of the Lightstone Group, its developer.

Closings began in December, and since then, 12 buyers opted for larger units at 130 William, according to Lightstone. An additional 13 residences were sold in March, and there were no discounts on the closing price.