A Modern California Home Built to Beat the Desert Heat

The weekend house, which cost $5.2 million with the land, is used for entertaining, with six sitting areas, and matching indoor and outdoor kitchens that cost a total of $400,000 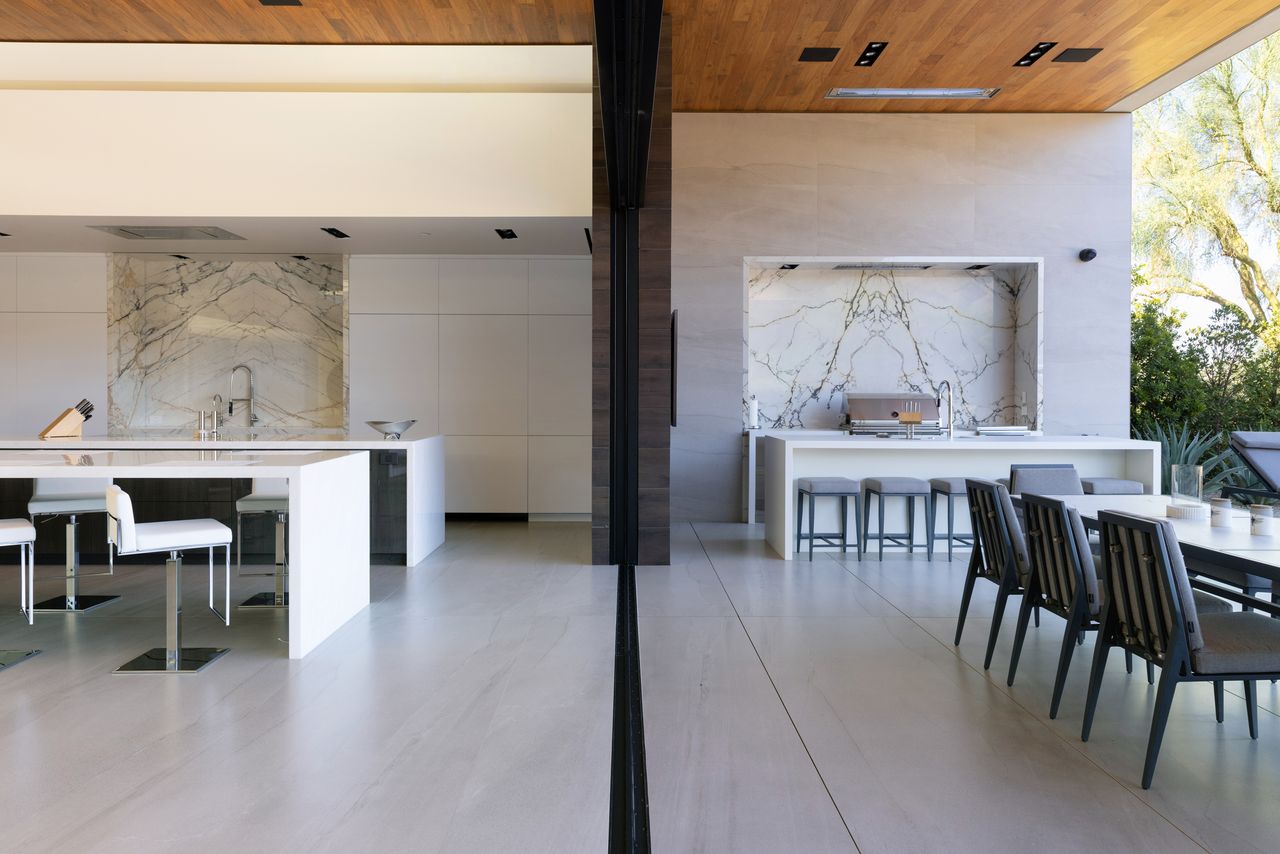 Autumn has arrived in Palm Desert, Calif., and residents are rejoicing, as the season brings more-amenable temperatures after the scorching summer. For local homeowner Daniel Simon, 54, leaving behind the heat means he can resume making the most of his modern, 5,000-square-foot house, where his weekends are often spent entertaining.

Mr. Simon, an elevator contractor and native of Southern California, divides his time between Orange County, where his primary residence has views of Newport Bay; a horse ranch in the mountains above Coachella Valley; and Palm Desert, where the home’s four bedrooms, five bathrooms and six distinct sitting areas welcome his guests on a grand but comfortable scale.

In early 2018, he paid $1.3 million for an empty 1/3-acre lot at Bighorn Golf Club, where he has clubhouse privileges that he says required an initiation fee of $100,000. He went on to spend $3.875 million to build, furnish and landscape the single-story house. The home’s key decorative touches include a fountain-enhanced courtyard pond just inside the main entrance and the great room’s $7,500 hand-carved basalt table, which sets the tone for the airy living space.

In the infernal summers, the 14-foot-high great room shuts out the heat and keeps in the cool, while glazing on all sides lets in the views of the mountains and the desert that drew Mr. Simon to the area in the first place. He spent $155,000 on his heating, cooling and ventilation system, which includes seven air-conditioning units. Underfloor heating for the bathrooms comes in handy in the winter, when nighttime temperatures can drop into the 40s.

In mild weather, Mr. Simon uses an iPad to open up the interiors with retracting doors. The great room and the patio become a single indoor-outdoor space, where he can sip his morning coffee made in his indoor kitchen’s built-in Miele machine. 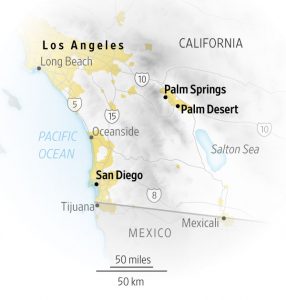 Morning habits are key, says Mr. Simon, who describes himself as “an early guy.” His choice of an east-facing lot means he can enjoy desert sunrises and be spared the harsh afternoon sun. “A lot of people want to face south or southeast,” he adds, but he says that choice is desirable only a few months of the year.

Mr. Simon worked with Marc Whipple of Whipple Russell Architects, a Southern California studio, to design the home. The house features two gas fireplaces—one in the living room and another in the main bedroom, costing a total of $30,000—and a large fire pit on the patio. A $125,000 saltwater infinity pool in the back corresponds to the pond and fountains near the front, which cost $50,000.

Yoav Weiss, Whipple Russell’s project architect on the Simon property, says his client wanted to encounter natural elements from every vantage point. Fireplaces, mountains, or water features can be seen from the remotest corners of the home and patio.

It was a structural challenge to keep the views completely horizontal. The goal was to make the property as level as possible, says Mr. Weiss, by blending the great room with the outdoor space. The same porcelain-tile flooring was used inside and out, but to allow for drainage outside—essential in a climate where rare but strong downpours are an annual occurrence—the patio area was dug out and then built up again.

Inside, the porcelain tiles have grouting, but outside, lack of grouting between the same tiles allows for runoffs “without any thresholds, steps, or undulating sloping surfaces,” he says. Mr. Simon spent $75,000 on the indoor porcelain flooring and $50,000 on the outdoor version.

The indoor and outdoor kitchens also mirror each other with similar stone backsplashes and white islands. They cost a total of $400,000. Mr. Simon turned both into so-called entertainment kitchens, equipped with bar areas that can become audience seating for when a hired chef prepares a meal.

Back inside, Mr. Simon has richly patterned wallpaper, hardwood floors and area rugs to create textural contrasts in the bedrooms. For his $85,000 media room, which can be wide-open for TV viewing or isolated for a movie, he contrasts the high-tech sleekness of the screen with a backing of rough-hewed cowhide.

A glass-walled, climate-controlled wine room, with display space for nearly 200 bottles plus a stone table for tastings, is a cooling visual contrast to the desert views outside.

Mr. Simon had a previous Coachella Valley home in nearby Rancho Mirage. A big change in his new property is the landscaping—away from what he calls a lush country-club vibe with grass, flowers and palm trees. Now, more conscious of water usage and deferring to the requirements of the golf course’s development company, he has desert plantings, including cactuses, agaves and yuccas. Forgoing grass entirely, he opted for a small area of artificial turf between the main bedroom and the outdoor Jacuzzi.

Anne Attinger, the local landscape architect who worked with Mr. Simon, says the lot takes advantage of mature tree canopies that technically belong to the golf course but merge seamlessly into Mr. Simon’s yard, filling up the view with yellow flowers in the spring. “He got lucky,” she says. 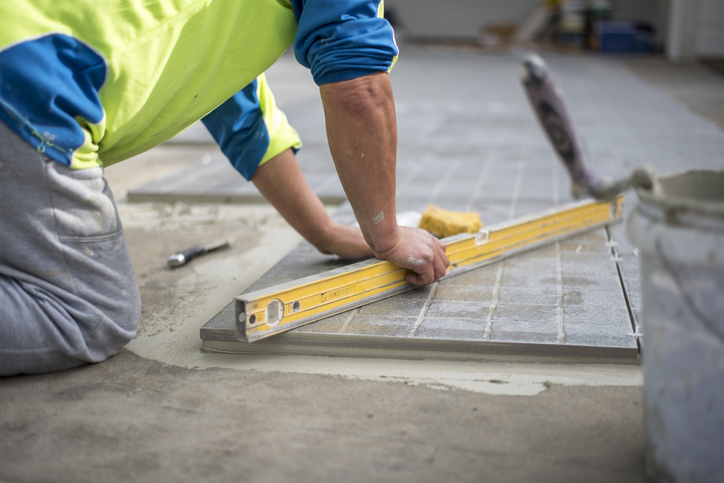 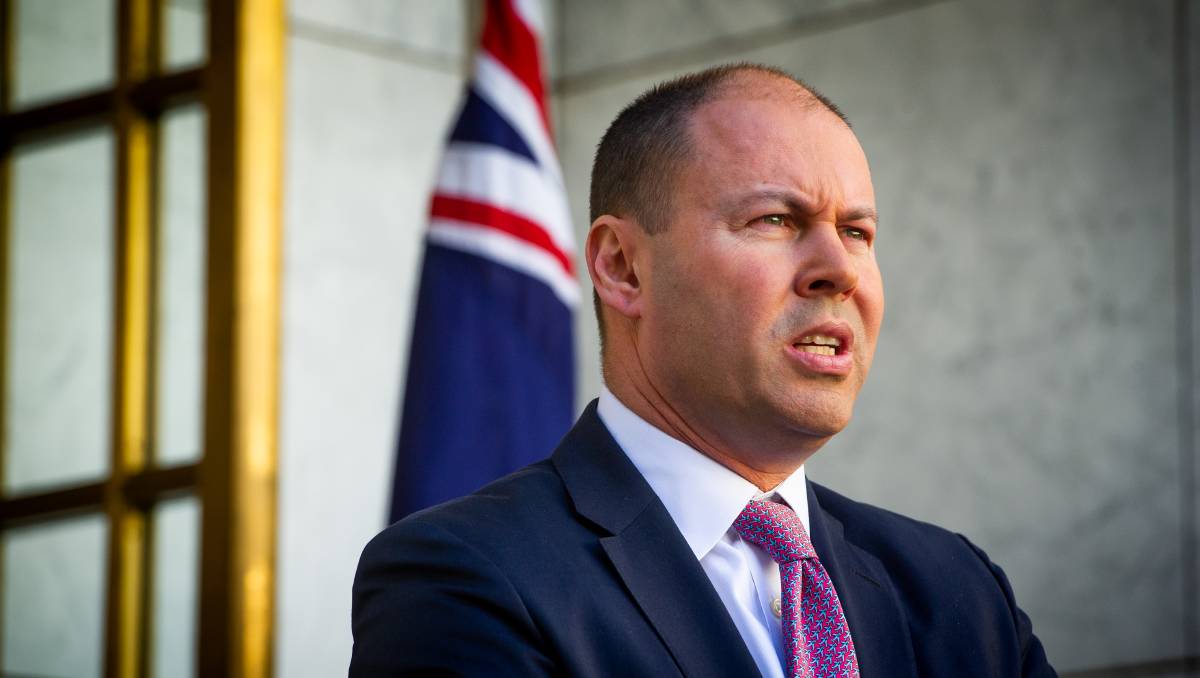 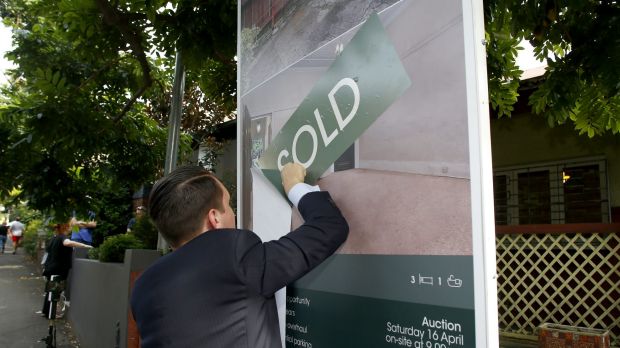 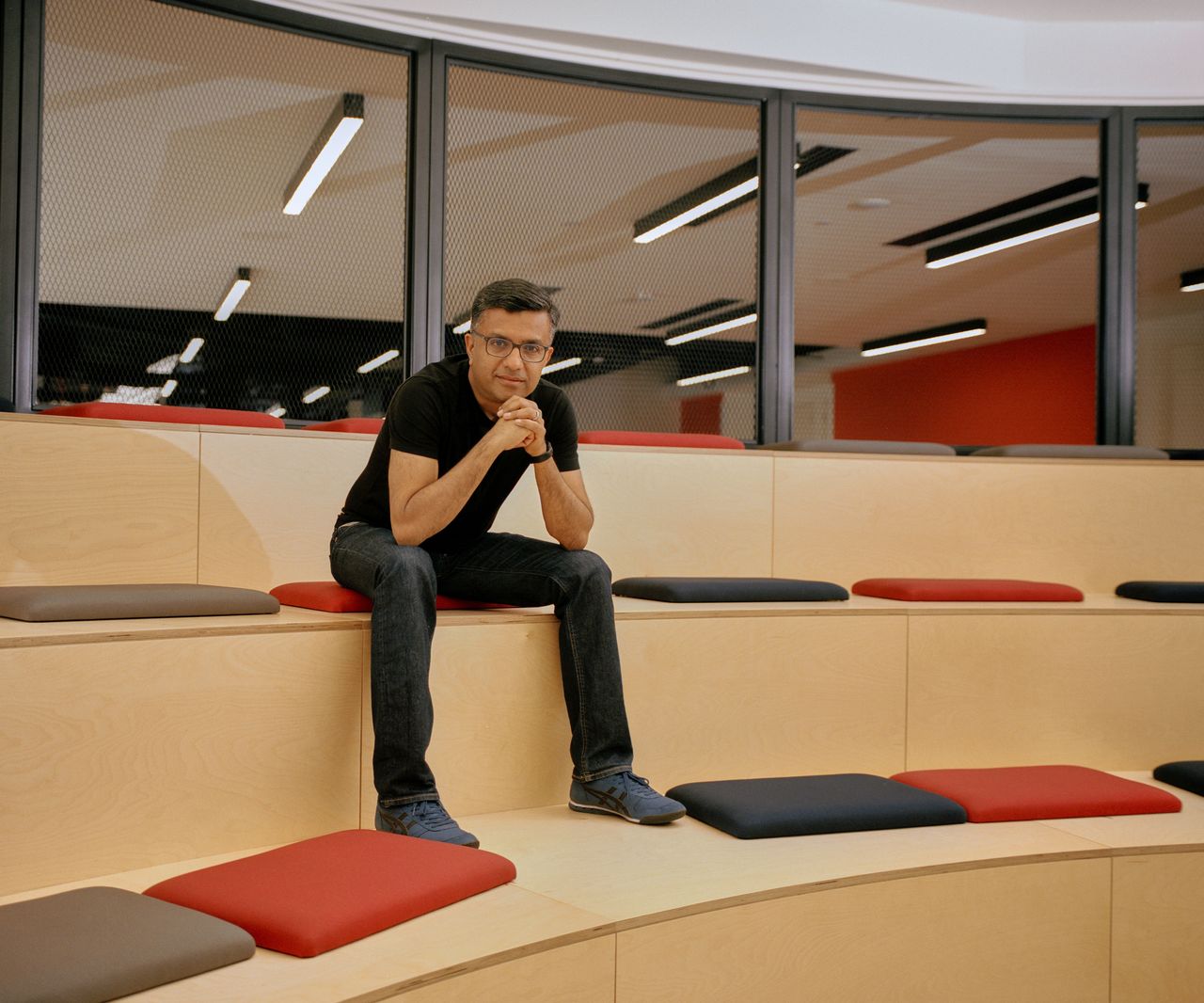