A Science of Buildings That Can Grow—And Melt Away

A Science of Buildings That Can Grow—And Melt Away

Architect Neri Oxman, creator of ‘material ecology,’ explains how silkworms, shrimp shells and insect exoskeletons could help shape the city of the future. 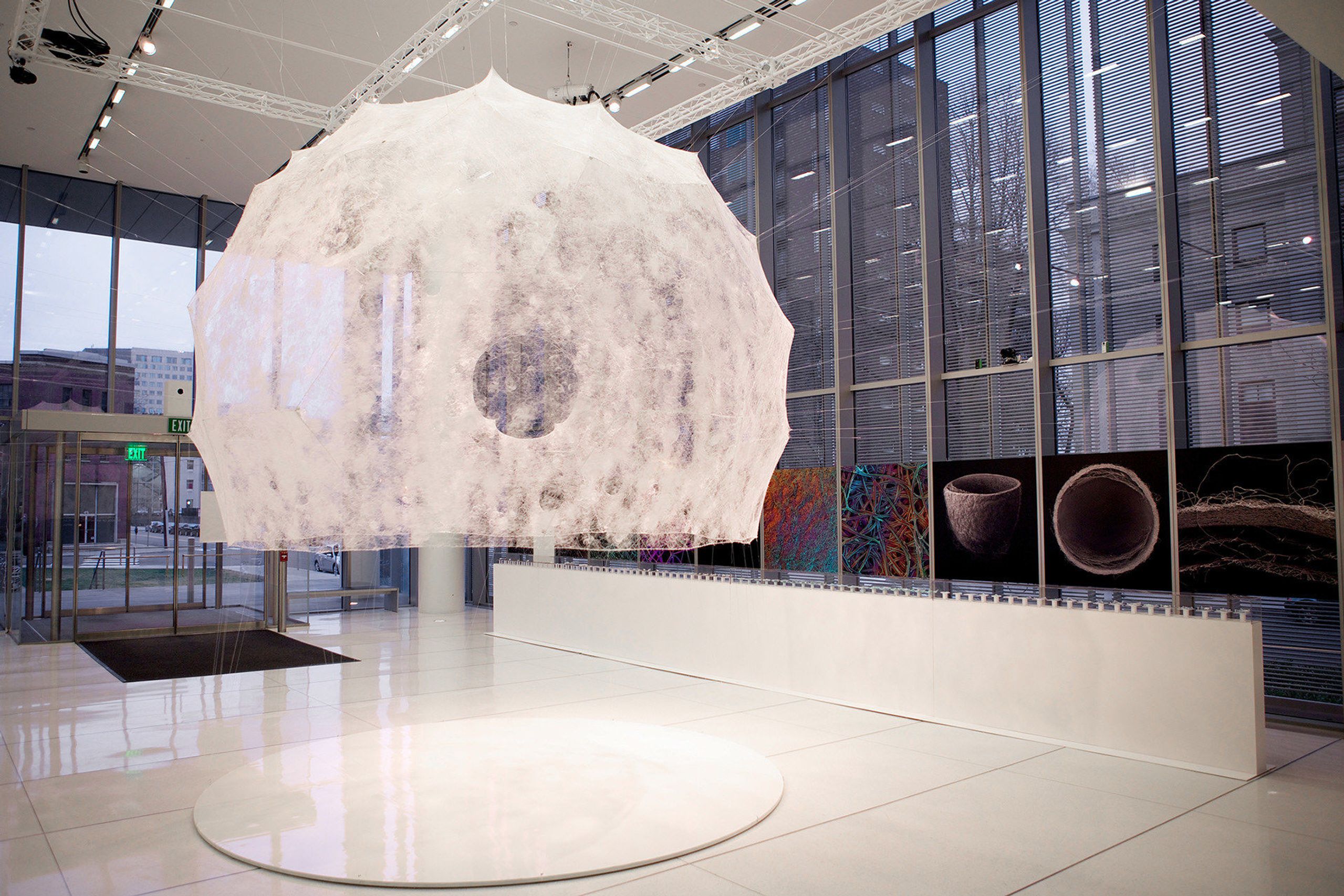 While the pandemic heightened speculation about what the city of the future will look like, architect Neri Oxman says she is sticking with a blueprint based on a core principle of her work: In years to come, buildings will be grown, not built.

At Massachusetts Institute of Technology’s Media Lab from 2010 to 2021, Ms. Oxman founded and directed the Mediated Matter group, a team researching in areas including computational design, digital fabrication, materials science and synthetic biology. There, she created a field she calls material ecology.

The result? A body of work that includes a pavilion spun by 6,500 silkworms (with the help of a robotic arm), a series of 3D-printed sculptures filled with liquid channels of the pigment melanin (which she envisions could be used in the façades of buildings to protect against ultraviolet rays), and a collection of artifacts constructed using materials derived from shrimp shells and insect exoskeletons.

Since leaving academia, Ms. Oxman, 46 years old, has focused on Oxman, the New York-based design and technology company that she founded in 2020 with the aim of applying her design philosophy to real-world projects. A retrospective of her work is on display at the San Francisco Museum of Modern Art. The Wall Street Journal spoke to Ms. Oxman about the future of urban architecture and how she thinks design can be used as a tool to fight climate change.

You created a new term to describe your approach to design: material ecology. What does it entail?

The idea behind material ecology is to enable total synergy between grown and built environments by deploying new digital technologies that allow us to augment bio-based materials for large-scale construction.

How do you decide which natural materials to use in your designs?

It comes down to ethics and availability. We work with the most abundant biopolymers on the planet which include cellulose, found in plant cell walls; pectin, found in apple and lemon skins; and chitin, found in the shells of crustaceans.

You’ve talked about wanting to create buildings that naturally decay when they are no longer needed. How would that work?

Using technology, we can program biomaterials to degrade in response to changing environmental conditions. At MIT, we built three biopolymer pavilions [the Aguahoja pavilions] which, instead of concrete, were built using shrimp shells, fallen leaves and apple skins. We programmed the pavilions to decay at a certain point when exposed to rainwater. This, in turn, nurtures soil microorganisms to fuel new growth.

It’s a circular economy of material that could be used to create biodegradable refugee camps, for example. Once the refugees find a safe haven, the camps would be programmed to melt away in the rain.

What does “programmed” mean in this context?

It’s complex. When we combine biopolymers including chitosan, pectin and cellulose, the material’s ability to absorb water varies based on its composition. Chitosan, for example, is naturally water-resistant and doesn’t readily dissociate when submerged, while pectin is hydrophilic and dissolves rapidly. By choosing how we blend these components, we can access a spectrum of hydrophilicity—otherwise known as a material’s affinity to water—and this lets us tune or program the speed at which a material breaks down. In essence, we are designing the architectural equivalent of metabolic rate.

How many years are we from grown buildings becoming a reality in cities across the world?

For grown buildings to appear in towns and cities, we need to rethink mass production, and this will take five to 10 years to happen in a meaningful way. However, the development of products made from biological materials—cars, for example—could begin within the next year.

What role will existing buildings made from concrete and plastics, for example, play in your vision for the city of the future?

The architect and professor Carl Elefante says that “the greenest building is one that is already built.” That’s because the carbon emitted during construction is vast compared to the operating emissions of a given building. We therefore need to find new ways to augment the pre-existing built environment rather than trying to completely rebuild our cities from the ground up.

How does one do this?

We need to look at a range of interventions. One is the creation of bioengineered façades for existing buildings. An example: in the U.S. alone, hundreds of billions of square feet of glass façade components are produced every year. As part of our research at MIT, we 3D-printed glass augmented with synthetically engineered microorganisms to produce energy [from the sun]. This allows us to develop solar-harnessing glass façades that can act as a skin for pre-existing buildings.

We must also think about whole-building recycling. A current example is Apple’s headquarters in Cupertino, Calif. The campus was built by Norman Foster using materials from old buildings that used to be on the same site. Rather than simply destroying structures when we no longer have use for them, we must look for ways to augment them using new technology and intelligence.

Which skills would you encourage future generations of architects to develop?