From Remote Work to Hybrid Work: The Tech You’ll Need To Link Home And Office

From Remote Work to Hybrid Work: The Tech You’ll Need To Link Home And Office

Your tech life is about to get messy. Here are some solutions. 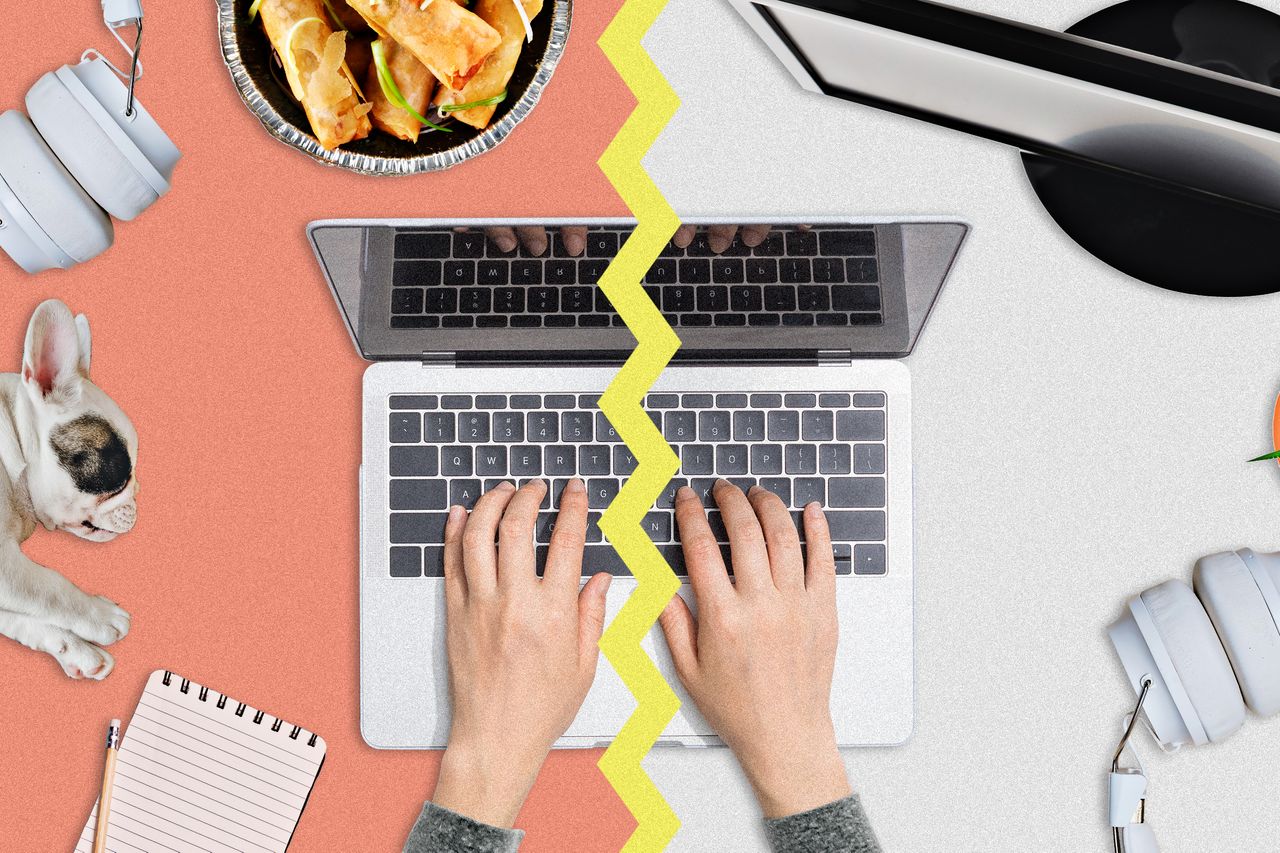 Oh, and you thought this was just a one-time pack? That’s cute. Prepare to do this two to three times a week, as you split time between your home-office and your office-office for the next, well, forever.

Welcome to the exciting new world of hybrid work.

“Somewhere in the vicinity of 60% of the workforce are choosing the hybrid option,” said Gartner analyst Suzanne Adnams, “which means their ideal is working at home and coming into the office three days a week.”

If I had a dollar for every time I heard “two to three days at the office” while reporting this column, a socially distanced steak dinner would be on me.

What isn’t as clear? Where you’ll go once you get to the office. That depends on your employer. Here are three possible options:

• Same-old desking: Business as usual. You still get your own desk, but maybe now, your chair and your colleague’s chair are farther apart.

• Hot desking: The horribly named trend where employees don’t have a permanently assigned desk. Also referred to as hoteling, flexing or desk swapping, this is becoming the leading hybrid option for a key reason: It doesn’t make sense to have one desk per person if people only come in a few times a week.

• No desking: The office isn’t for solo work but collaboration. So instead of desks there are mostly group meeting areas, with a privacy phone booth here and there. Companies including Dropbox have committed to this route.

I certainly can’t tell you in detail what’s going to happen at your company, but I can say this hybrid life will make you even more dependent on your tech tools. The very tech that enables us to work from anywhere (laptops and smartphones, video calling, Slack) is also the technology that stands to make this so messy.

Your colleagues are at the office whiteboarding but you’re stuck at home in a little Zoom box? You survive the commute to the office, only to discover you left your USB-C dongle on the kitchen table. Hey, Bob From Accounting, stop screaming on your video call. This isn’t your basement!

But I have hope. Not only did we prove our tech resilience when we embarked on the Great Work-From-Home Experiment a year ago but the makers of our most depended-upon products are paying attention and adapting for this next phase. Here are a few of the biggest hybrid challenges and some potential solutions.

I’m back to the good old commute, but at my hot desk, I have nothing, not even a coffee-stained mug.

There are no two ways about it, you’re going to need a bigger bag. And for the record: Anyone who tells you a backpack is only for middle schoolers is just wrong.

When you head to your building (assuming you remember where it is), you might have to pull out your phone. Your employer might require Covid-era health check-ins and other precautions, but it also might give you the opportunity to book your workspace, through systems like Robin or Salesforce’s Work.com.

Congrats, you made it to “your” desk. I can’t guess the tech that will be available when you get there, but expect it to be pretty bare-bones, especially if you BYOL (you know, bring your own laptop).

At least Salesforce employees will be able to keep other belongings in lockers and easily get other tech peripherals—mice, keyboards, headsets, chargers—from tech vending machines situated around the offices. You don’t pay. Just swipe your employee badge, hit the button for your item and grab it from the bottom tray.

If your office’s vending machines only dispense stale Doritos, you might request stuff through your IT department. Regardless, you’ll likely be dragging your favorite equipment to and fro. Certainly, more expensive gear that you don’t own two of—tablets, microphones, noise-canceling headphones—will be in your bag.

For the smaller stuff—battery packs, charging cords, a mouse and the miscellaneous adapters to connect drives, memory cards and cables to your laptop—you’ll need a dongle bag. Don’t have one yet? Oh, you must. The one I just got, the InCase nylon accessory organiser, has mesh pockets and straps for organizing different cords and adapters. It lists for $50.

I’m at the office with some colleagues. Other colleagues are at home.

If you think going back to the office means the end of video calls, I have bad news for you. Expect most meetings from now on to have a video component and there to be even more cameras in the office—and not just in the conference rooms.

“It’s hard to imagine going into an office now and all those little closed spaces that might have had a phone in them not being video enabled,” Logitech Chief Executive Bracken Darrell told me, adding that he expects some companies to put webcams at hot-desk stations as well.

Executives who work on collaboration platforms at Microsoft, Google, Slack and Zoom said a key need was for employees at home and at work to feel like they’re on a level playing field when on calls and working together. Here are initiatives they’ve launched:

Microsoft Teams: A system called Teams Rooms links conference rooms with remote users who want to join in. Voice recognition in new compatible speakers can identify who in a room is talking, and the person’s name will appear on screen. You won’t be embarrassed dialling in from home, either: A new presenter mode removes the background of your video and places you in front of the presentation, or positions the presentation in a box over your shoulder in “reporter mode.”

Google Workspace: Google also powers speakers and cameras for the office, but as people leave the house, they’ll be using their phones more for video calling too. An update to the Google Meet phone app will better display people on video. A coming update to Google Docs, Sheets and Slides will include the ability to overlay voice and video chat as people work together on documents.

Slack: An audio-room feature is coming, so users can quickly hop on a conference call. Think Clubhouse but for quick meetings. The company, which Salesforce agreed to buy, is also adding a feature for sharing prerecorded video messages. This could help a manager send an announcement to everyone, whether they’re in the office or at home.

Zoom: The pandemic’s breakout star has its own conference-room service called, say it with me, Zoom Rooms. The company’s Zoom Rooms Controller app for iOS and Android lets people in the conference room control meetings from their phones—no need to touch the grimy shared keyboard or room control panel.

A bigger challenge: What if the in-person meeting includes some physical stuff, like a whiteboard? How do the people at home keep up and contribute?

Google and Microsoft have tried to make that easier. Microsoft makes the Surface Hub—a giant Windows tablet for offices that runs the cloud-connected Microsoft Whiteboard app. Those on a Microsoft Teams call can view and add to the digital whiteboard. Same idea with Google’s Jamboard. People in the office can scribble on the giant screen and those in a Google Meet video call can view and add to it. Zoom works with third-party hardware makers to integrate whiteboarding.

I’m working from home today—how do I share that with the world?

The upside to all this is being stuck at home won’t be as bad as it once was. You’re already honing your setup, and some companies even plan to continue subsidizing employees home-office needs. And now that you’ve gotten used to overcommunicating your schedule and deadlines? You just keep doing that, wherever you are.

Google’s added some features to its calendar to help, including what it calls “segmentable working hours.” You can make it clear to colleagues what location you’re working from or if you’re doing something else, like exercising or commuting. Slack is also exploring adding more status options to indicate your whereabouts.

This return to the office may have a slick name—hybrid work—but make no mistake, it’s as hybrid as Frankenstein’s monster. Just remember, one year ago we got through a pretty cataclysmic work change, and we will do it again. Just don’t forget about the dog.