Buyers get the space they crave when Covid-weary bed-and-breakfast owners call it quits. 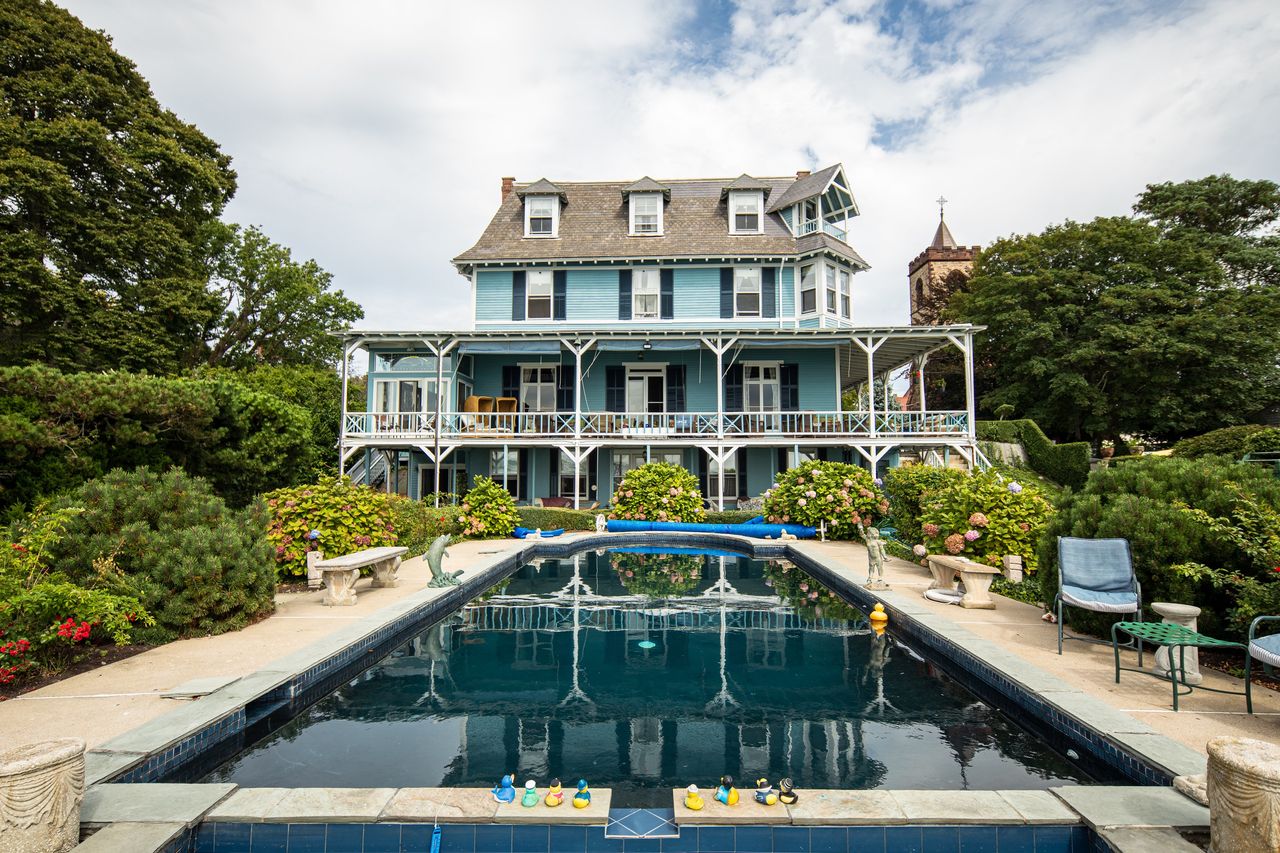 From the minute Julia and Randall Hesse closed on a rambling Victorian house in suburban Boston last year, their real-estate agent, architect and handyman all issued a warning—change the locks.

For 17 years, their home in Jamaica Plain, Mass., was part of the Taylor House, a popular bed-and-breakfast, the keys to which the former guests and staff could still have. The Hesses heeded the advice, just one of many fixes they are making to convert the roughly 325sqm house into their family home.

Covid-19 dealt a blow to the hospitality industry, forcing some small inns to close for good. But in a tight housing market, some buyers are snagging spacious properties by renovating B&Bs. Often, that means looking beyond kitschy décor and reconfiguring spaces that previously catered to overnight guests.

The Hesses search for a house with character in and around Boston led them to the former Taylor House bed-and-breakfast. “It was beautiful but you couldn’t picture moving into it as it was,” said Mr. Hesse, a 52-year-old former boarding-school teacher. He said the house had six bedrooms, none of which had closets, and six bathrooms. “You had to get out a piece of paper and pencil and start sketching how you would move things to make it work.”

The couple closed in November 2020, paying US$1.85 million. They plan to move in this fall after a roughly $500,000 renovation to add central air and redo the kitchen, among other things. The Hesses said they combined several bedrooms to create a primary bedroom suite with closets. (They will end up with four bedrooms.) They kept five wood-burning fireplaces and a professional-grade water heater, but said they removed a shower in a first-floor bathroom that felt out of place.

“It was right there, right off the dining room, just in case you want to go out from Christmas dinner and take a shower,” said Ms. Hesse, a 48-year-old corporate healthcare lawyer.

Monica Hsu and her husband made a similar decision at their roughly 3,700-square-foot California craftsman house in Sonoma, Calif. The couple paid $3.35 million for the former B&B in March, according to property records. Ms. Hsu, who works in the tech industry, said they redid the floors downstairs and painted the inside of the house. They also closed off a door between the kitchen and master bedroom. “We didn’t need that,” she said.

Ms. Hsu, 37, said they were drawn to the bustling, often-touristy neighbourhood in California wine country. The house is larger than their prior home in the Bay Area, and came with a chef’s kitchen that appealed to her husband, who loves to cook. The kitchen has a Wolf range with six burners and a griddle, a large hood and an extra dishwasher that comes in handy for wine glasses.

The back porch has creature comforts including a fan, space heater and bottle opener on the wall. The former owner “thought of these conveniences for people on vacation, so we’re reaping the benefits,” Ms. Hsu said.

For some current innkeepers, the hot housing market can seem like a golden ticket after a roller coaster of a year in 2020.

Although travel has rebounded, Covid-19 forced some proprietors to rethink their business, said hospitality consultant Christine Gustafson. “It caused all of us to just pause and think about what we’re doing with our lives,” she said.

That is the case with Rick and Suzanne Weichert, who bought the Jabberwock Inn in Monterey, Calif., for $2.38 million in 2014, property records show. After being forced to close for 4½ months last year, they listed the roughly 445sqm home for $4.95 million, according to Zillow. The property is being marketed as a single-family home.

“It was an insanely difficult year,” said Mrs. Weichert, 56. Although business has rebounded, she said the future remains uncertain. The couple’s roughly half-acre property is one of the largest in the area, and she said they think they may attract a buyer from the Bay Area who can now work remotely and wants more space.

Selena Einwechter, who owns the Bed & Breakfast on Tiffany Hill, an inn near Asheville, N.C., is also enticed by the idea of cashing out in a strong housing market. “You don’t work this hard at doing a B&B all these years…to let the real-estate value diminish in front of your eyes,” she said. Ms. Einwechter, 66, said her brother died due to complications of Covid, and that also served as a “wake-up call,” prompting her to re-evaluate her priorities.

Ms. Einwechter purchased her roughly 6-acre property for $200,000 in 2008 and spent around $2.2 million over the years to build a roughly 4,700-square-foot house with five guest suites, and a carriage house with two guest suites. She also built a roughly 2,200-square-foot owner’s residence on the property that she lives in. The main residence and carriage house are listed for $3.45 million, according to Zillow. Her home is not listed.

Ms. Einwechter said she’s marketing the main house as a single-family property because she’s not comfortable with the idea of selling a brand she worked hard to build. “When you sell a B&B, you are selling your guest list, your business…[and] your reputation,” along with every fork and knife in the place, she said.

Dave Elliott co-owned the two properties that made up the Taylor House B&B in Jamaica Plain, one of which was purchased by the Hesses. He said running a B&B was never a moneymaker, even before Covid hit.

When they owned the properties, the co-owners obtained easements to create a shared driveway for the business. As part of the sale, Mr. Elliott said the buyers asked them to cancel the easements and re-establish a property line separating the homes.

In Newport, R.I., that is the kind of outcome Anne Ramsey Cuvelier is hoping she gets if she sells her roughly 706sqm inn. The B&B, known as the Sanford-Covell Villa Marina, is listed for $6.9 million. Built-in 1870, the Victorian home has eight bedrooms, a 3-metre entrance hall and wraparound front porch.

Paul Leys of Gustave White Sotheby’s International Realty is marketing the property. He said Ms. Cuvelier’s house is “worth more money on the open market as a residence” since it has both a pool and dock access. He said the small, galley kitchen needs considerable work and the house lacks central air.

In Jamaica Plain, Ms. Hesse said she assumes other buyers had trouble envisioning what the house would look like when renovated, or it is possible they were turned off by the prospect of renovating, something she and her husband relished. “The bones of the house were so good,” she said. “We were definitely motivated.”

In Sonoma, the Hsus had few reservations about buying a former B&B because the property checked so many other boxes, including being close to town. Ms. Hsu said before they bought the property, they looked it up on Tripadvisor. The reviews were good.