House Prices Are Inflating Around The World

House Prices Are Inflating Around The World

Pandemic-related stimulus and ultralow rates are turbocharging markets from Europe to Asia. 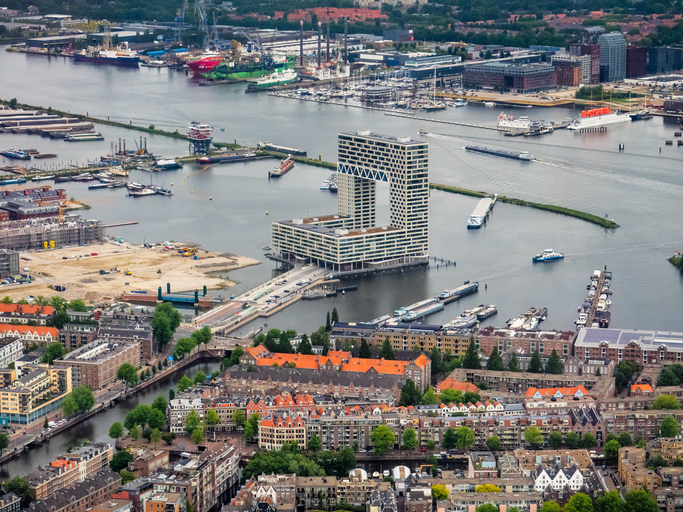 As the U.S. housing market booms, a parallel rise in residential real-estate prices across the world from Amsterdam to Auckland is raising fears of possible bubbles and prompting some governments to intervene to prevent their markets from overheating.

Policy makers were already worried about high property prices in parts of Europe, Asia and Canada before the pandemic, especially as years of low-interest rates kept demand strong.

But now the trillions of dollars of stimulus deployed worldwide to fight the effects of Covid-19, along with changes in buying patterns as more people work from home, are turbocharging markets further.

That is putting policy makers in a bind. Many want to keep interest rates low to sustain the post-pandemic recovery, but they worry about people taking on too much debt to buy houses whose prices could stagnate or fall later. Other tools they have to cool demand, like tighter mortgage restrictions, aren’t always working, or are being postponed as authorities try to ensure broader economic growth stays on track.

The Danish central bank recently warned that cheap financing and savings that expanded during the pandemic could lead to people taking on more debt to purchase houses and property prices spiralling upward.

“It is clear that rising [house] prices of between 5% and 10% annually, depending on the market we are talking about, are not sustainable in the long run,” said Karsten Biltoft, assistant governor at the central bank.

In China, regulators have tried tamping down property markets to cool what one senior banking official referred to as a “bubble,” to little avail. Property prices are up 16% over the past year in the city of Shenzhen, for example. In New Zealand, authorities recently tightened mortgage lending standards, with median home prices climbing 23% in February from a year earlier to a record.

In Sydney, where property prices also recently hit records, new mortgage demand is so high that some banks are struggling to keep up, said Christian Stevens, senior credit adviser at mortgage brokerage Shore Financial. Turnaround times for processing mortgage applications have increased from a few days to more than a month in some cases.

“It’s crazy,” he said. “We’ve never been this busy or seen this much inquiry. And it doesn’t look like it’s slowing down anytime soon.”

In the 37 wealthy countries that make up the Organization for Economic Cooperation and Development, home prices hit a record in the third quarter of 2020, according to OECD data. Prices rose almost 5% on the year, the fastest in nearly 20 years.

The U.S. has also seen strong house price appreciation, though economists generally aren’t too worried. Compared with previous periods of housing-market exuberance, buyers have higher credit ratings and are putting down more cash upfront on purchases.

Economists see similar silver linings elsewhere, making a replay of the global 2008 housing crash, which sent the world into recession, unlikely. Hot markets could cool naturally without wider damage as interest rates rise and pent-up demand is met. As in the U.S., much of the buying globally is being driven by real demand rather than speculation, with families looking to upgrade to larger properties in suburban areas as they work more from home.

“There’s been this almost global reset as people have taken a step back during lockdown periods and reassessed their lifestyle,” said Kate Everett-Allen, head of international residential research at Knight Frank.

However, with equities prices also at or near record highs, some officials are worried that vast amounts of stimulus are pushing asset prices to unsustainable levels in some global cities, which could lead to local market corrections.

The Dutch central bank told The Wall Street Journal that one concern is that sharp property price increases could be forcing households to take on excessive risk to finance home purchases. Prices in the Netherlands, where there is also a housing supply crunch, rose 7.8% last year, after a 6.9% rise in 2019, according to analysts at ING Groep.

Canada’s central bank governor, Tiff Macklem, said in February there were early signs of “excess exuberance” in the Canadian housing market, with prices up 17% on an adjusted basis over a one-year period, according to the Canadian Real Estate Association. Mr. Macklem said officials would be monitoring the situation closely, but dismissed taking measures to rein in sales, saying the economy needed all the support it could get.

Governments say they are also worried about pricing more families out of the market, which could exacerbate economic imbalances that have worsened during the pandemic and potentially drive younger people to put off having children.

In Seoul, where house prices at one point last year were up nearly 15% on an annualized basis, some couples are postponing registering marriages in the hope of making it easier to buy homes. Income thresholds for low-interest mortgages in South Korea are more generous for individuals than couples.

In New Zealand, Sam Hindle, 29, says he and his wife bid on six houses and were rejected for all of them because of competition from other buyers, and eventually agreed to buy a house off-market from a friend.

“It’s just been a nightmare,” said Mr. Hindle, who works in a bank call centre and lives about a four-hour drive from Auckland.

Government officials recently told New Zealand’s central bank that it must consider the impact its policy decisions have on housing, though doing so could complicate rate-setting. The central bank also restricted the volume of high-risk mortgages banks can offer.

Last year, China put new limits on developer financing in the hope of cooling housing prices, but the market has remained frothy. In early March, the chairman of China’s main banking regulator said he was worried about a possible correction in home prices, which could threaten banks’ stability.

Europe’s housing prices have kept climbing despite a much bleaker economic outlook than in the U.S. or China. In part that is because governments have kept supporting families with salary subsidies and moratoriums on loan repayments. It is also because interest rates remain extraordinarily low, with mortgage rates averaging 1.35% across the eurozone.

In Denmark, mortgage holders have been able to borrow money at negative interest, meaning borrowers only pay the bank an administration fee. Negative interest in their favor either gets discounted from the fee or deducted from their mortgage principal.

Michael Stausholm, a Copenhagen real-estate agent, said he has sold 45 homes in less than three months this year, putting him on track to beat last year’s record of 161 sales, despite Covid-19 restrictions.

“A lot of people want to put their money in brick,” Mr. Stausholm said.

Pre-pandemic, the Dutch central bank ruled that banks would need to hold more capital to cover potential losses in mortgage-loan portfolios, but implementation was postponed because of Covid-19. The central bank has also called for the government to gradually phase out tax incentives for homeowners, including mortgage-interest deductions.

Mick ten Bosch, a real-estate agency owner in Amsterdam, said he had 450 people trying to view one house last year, compared with an average of 20 pre-pandemic. This year is even busier, with houses selling for 15% to 20% above asking price, he added.

Teun Kraaij, a 34-year-old entrepreneur, bought a house in an area by the beach near Amsterdam with more space for his two children. While he had enough money to pay the full purchase price outright, his banker advised him to take a mortgage with a 1.2% interest rate.

“It’s so cheap to borrow money nowadays, it doesn’t make sense not to do it,” Mr. Kraaij said.