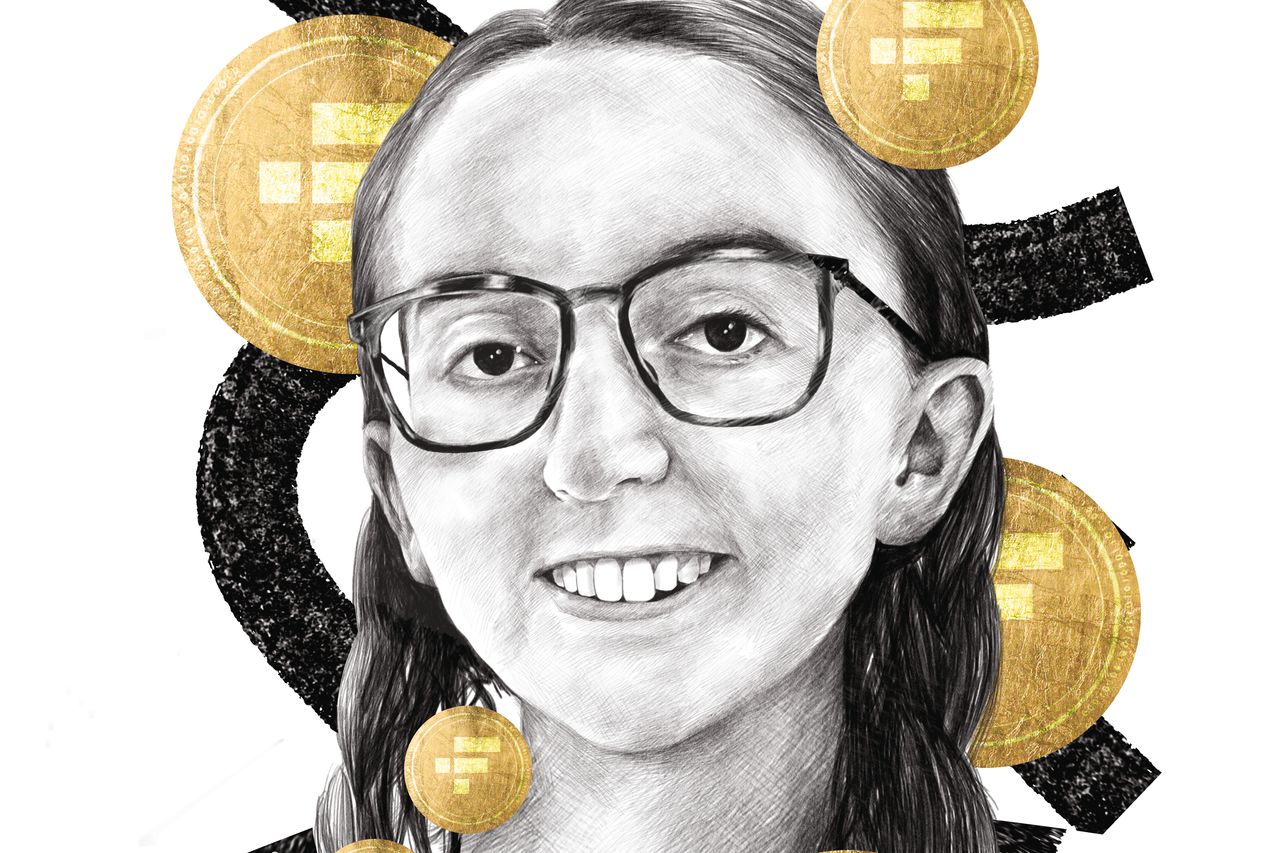 On a video call in early November, employees at Alameda Research dialled in to learn the fate of the trading firm, which was teetering on the brink.

Alameda and crypto exchange FTX were both the brainchild of Ms. Ellison’s friend Mr. Bankman-Fried, and he had picked her to help lead Alameda the year before. For a time, they rode the crypto wave together, with FTX eventually notching a blockbuster valuation of $32 billion. This month, it all came crashing down in a matter of days.

Customers had grown fearful about the companies’ financial health, yanking their money from FTX in a short, frenzied period. The firms scrambled to stay afloat, but they filed for bankruptcy shortly after Ms. Ellison’s call with employees. Mr. Bankman-Fried resigned as FTX’s chief executive.

Prosecutors, regulators and even FTX’s new CEO are investigating what happened. Customers are losing hope they will ever see their money again. Lawsuits have followed, and many top employees have left. Ms. Ellison has been fired along with Gary Wang and Nishad Singh. They were also top deputies of Mr. Bankman-Fried’s.

Before the crash, Mr. Bankman-Fried hugged the spotlight, promoting crypto and lobbying for its interests in Washington, while Ms. Ellison remained in the engine room. Alameda, a trading firm owned almost entirely by Mr. Bankman-Fried, had one overarching purpose: Make money. Ms. Ellison was tasked with keeping it running.

In a handful of podcasts and other public appearances, Ms. Ellison was quick to summarise her rapid ascent as almost accidental. She joined Wall Street straight from graduating Stanford University in 2016, though the move was less a calling than an answer to the question she found herself asking in college: What are math majors supposed to do with their lives, anyway?

It was at her first job, at the quant-trading powerhouse Jane Street Capital, that she met another 20-something trader, Mr. Bankman-Fried. Like her, he had been raised by two professors. Like her, he spoke highly of a movement called “effective altruism,” or the idea of making big money to give away.

When Mr. Bankman-Fried left to start Alameda, Ms. Ellison soon followed in what she called “a blind leap into the unknown.” She was still barely out of college—but she was also one of the more experienced traders there, she said in an FTX podcast in 2020.

Caroline Ellison grew up in the Boston suburbs, the daughter of two MIT economists. At 5, she read the second “Harry Potter” book to herself, she said on the podcast. At 8, she wrote an analysis of stuffed-animal prices, according to Forbes. Her father, inspired by his daughters, wrote advanced-math textbooks for children bored by basic lessons.

She and Messrs. Bankman-Fried, Wang and Singh comprised the board of what they called the Future Fund, with the goal of making grants to nonprofits and investments in “socially impactful companies.” Critics say the effective altruism worldview can encourage excessive risk-taking—since people can always argue that bigger paydays lead to bigger donations.

Messrs. Bankman-Fried, Wang and Singh all owned stakes in at least some of the FTX companies, according to a filing in bankruptcy court by the new CEO.

When Ms. Ellison arrived at Alameda, she was surprised at how it made even fast-paced Jane Street look slow. “It was like, wow, the process for doing things is just someone suggests something and then someone codes it up and releases it,” she said in the FTX podcast. “An hour later and it’s already happened.”

Everything in Mr. Bankman-Fried’s orbit seemed to move at the same breakneck speed. He launched an Alameda sister firm, FTX, in 2019, and it took just a few years for it to become one of the biggest crypto exchanges in the world. For a while, Mr. Bankman-Fried was CEO of both companies.

Use of stimulants was common among his upper echelon, the Journal previously reported.

“Nothing like regular amphetamine use to make you appreciate how dumb a lot of normal, non-medicated human experience is,” Ms. Ellison tweeted last year.

Alameda and FTX had employees in both Hong Kong and the Bahamas. Ms. Ellison, like Mr. Bankman-Fried, had recently been working from the Bahamas much of the time, according to a person familiar with the matter.

Among Alameda’s trading strategies was arbitrage—buying a coin in one location and selling it elsewhere for more. FTX, meanwhile, emerged as a key marketplace for investors large and small to buy and sell crypto. As a major player in digital currencies, Alameda traded frequently on FTX’s platform.

Around 2020, Alameda began “yield farming,” investing in tokens that pay interest-rate-like rewards. At first, Ms. Ellison pushed back. In an FTX podcast in early 2021, she recalled arguing about whether the firm should engage, and said she had concerns about the riskiness. “I lost that argument,” she said in the podcast.

Over time, Alameda’s aggressive trading strategies relied more on intuition and indicators like Elon Musk’s social-media posts, according to tweets in 2021 by Sam Trabucco, then another rising star at Alameda.

By fall 2021, cryptocurrency prices were approaching their all-time high and FTX was celebrating its recent deal for the naming rights of the University of California, Berkeley’s football stadium. Mr. Bankman-Fried named Ms. Ellison and Mr. Trabucco as co-CEOs to run Alameda so he could focus on FTX. They inherited a 25-person operation, according to Alameda’s press release at the time.

Though Mr. Bankman-Fried was no longer CEO, Alameda was still his company, too. According to FTX’s bankruptcy filings, he owned 90% of the trading firm. Mr. Wang owned the other 10%.

By early 2022, digital currencies were in free fall. Many of the industry’s biggest investment and lending firms began to buckle, then give way. As panic swept through the crypto world, Mr. Bankman-Fried sought to appear as a rescuer, buying out some troubled firms and extending credit to others to help stabilise the market.

Behind the scenes, though, Alameda was far from immune from the shakeout. Mr. Bankman-Fried’s vaunted trading firm was getting margin calls, too.

In August of this year, Mr. Trabucco said he was stepping down as co-CEO. In a lengthy Twitter thread, he said working at Alameda had been “difficult and exhausting and consuming.”

By early November, the spotlight that Mr. Bankman-Fried so often courted began to reveal his companies’ troubles. A CoinDesk report raised concerns about the financial health of Alameda and FTX. Changpeng Zhao, head of rival exchange Binance, tweeted that his firm would dump its holdings of FTT as a risk-management move. FTT is a digital currency of FTX.

As Mr. Zhao and Mr. Bankman-Fried sparred over Twitter, Ms. Ellison tried to cool the fire. “If you’re looking to minimise the market impact on your FTT sales, Alameda will happily buy it all from you today at $22!” she tweeted, tagging Mr. Zhao. A few minutes before, FTT had traded around $22.15, according to CoinDesk data.

When asked on Twitter why Ms. Ellison had made the offer, Mr. Bankman-Fried replied, “I mean that’s up to her to answer, but they said they were worried about impact which this would solve for them, and this is just quicker and easier.” Binance contacted her about the offer but never heard back, the Journal reported.

Ultimately, the close ties between Alameda and FTX were their undoing. FTX used customer money to lend billions of dollars to Alameda for risky trades and investments, according to previous reporting by the Journal. In traditional finance, regulators require brokerages to segregate customer funds from any capital they use for trading.

In the video meeting in early November, held late in the evening Hong Kong time, Ms. Ellison told employees that FTX used customer money to help Alameda meet its liabilities, the Journal previously reported. She apologised and said that she had disappointed the staff, the Journal reported. By then, the companies’ financial problems had spilled into public view, but the companies hadn’t yet filed for bankruptcy,

Ms. Ellison also told employees that she, Messrs. Bankman-Fried, Singh and Wang were aware of the decision to send customer money to Alameda.

Many Alameda employees quit the next day, the Journal reported. 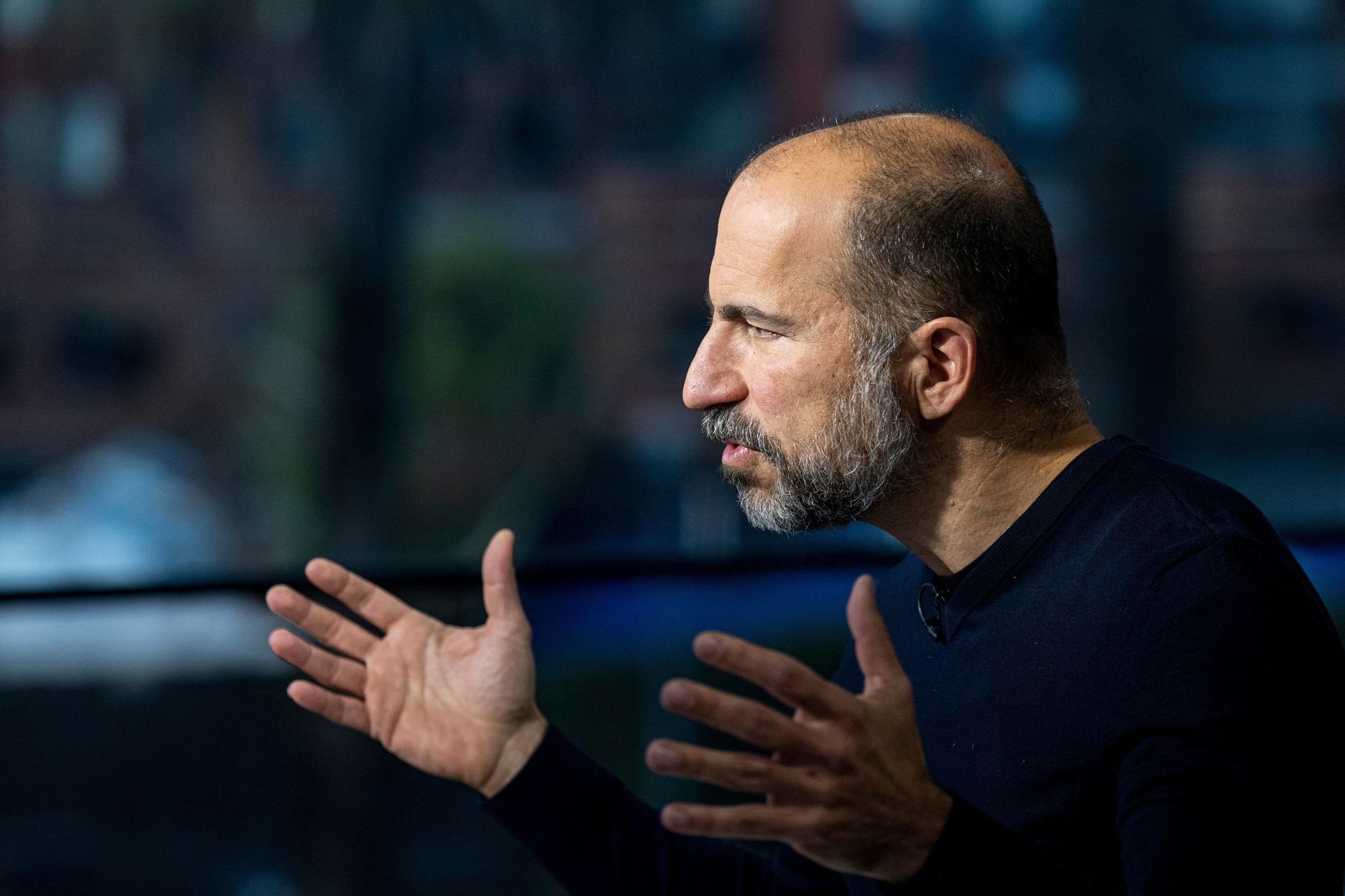 Lifestyle
Your Next Uber Could Be The Bus 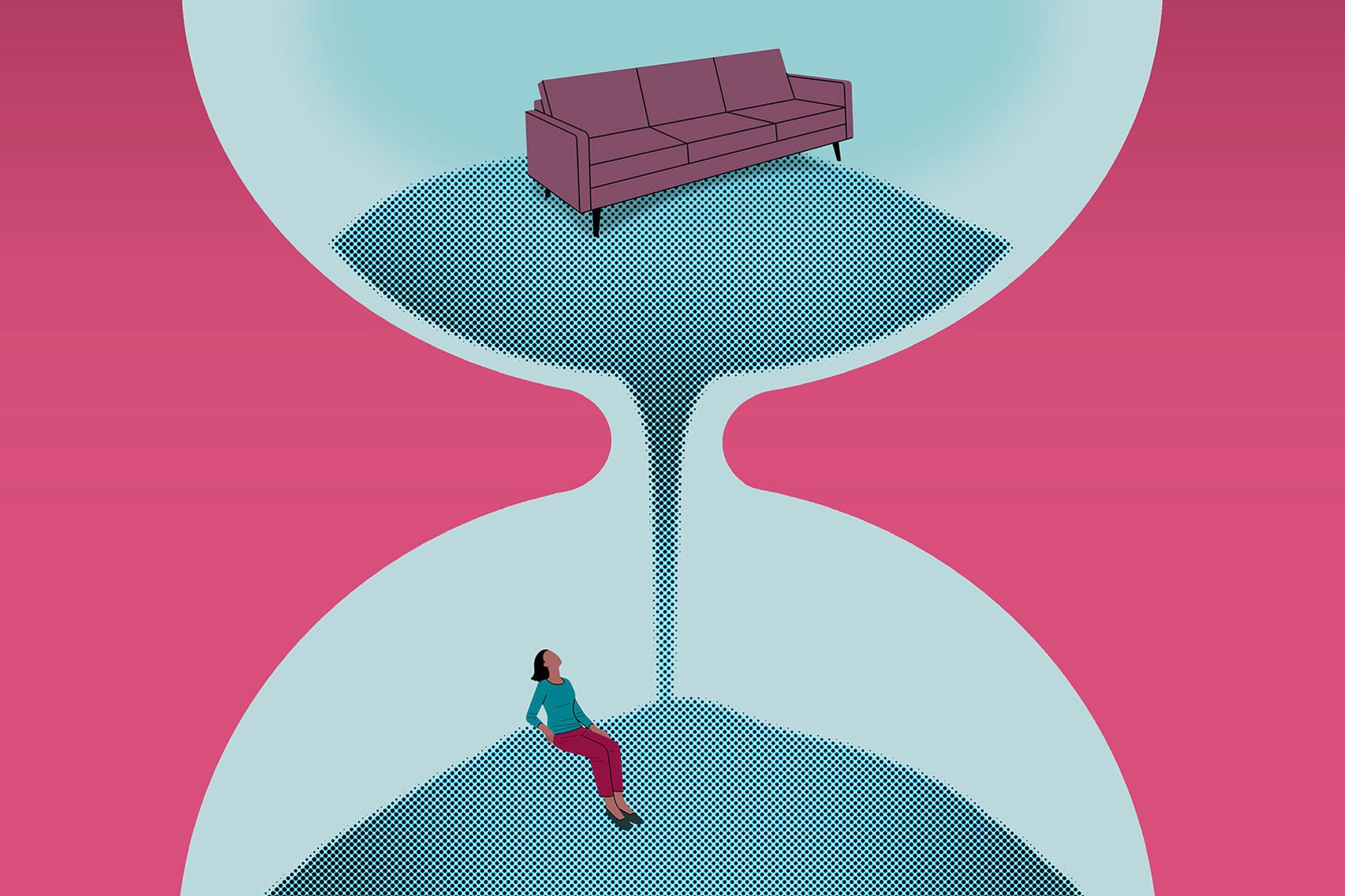 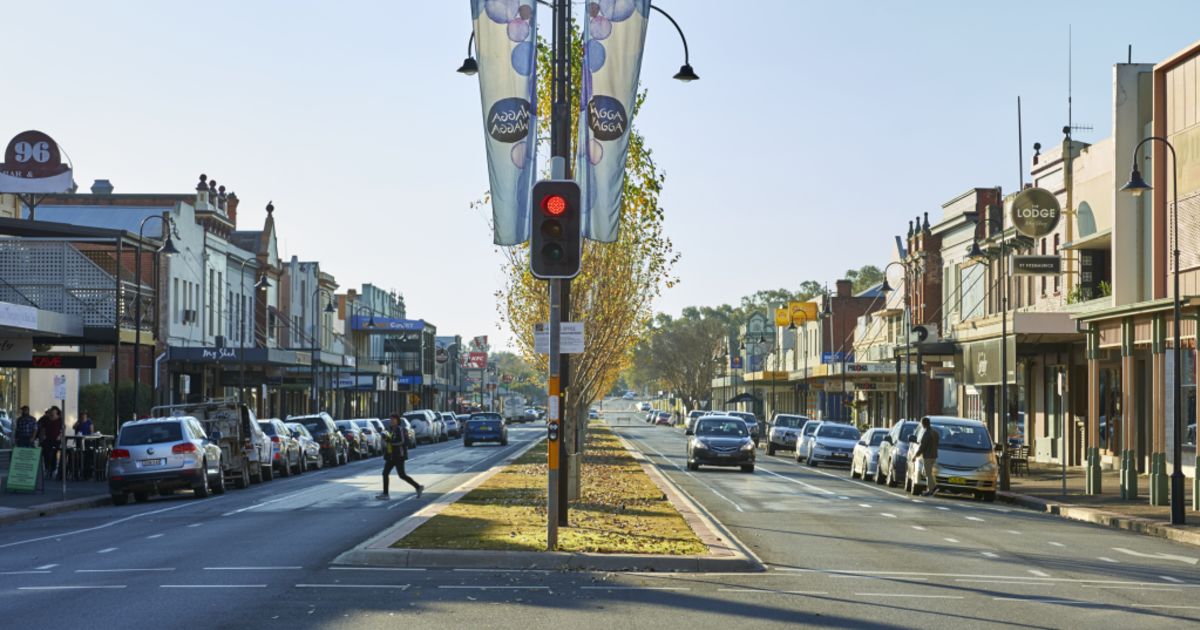