How This London Family Refreshed A Community Home

How This London Family Refreshed A Community Home

The Walter Segal project has been renovated for modern living. 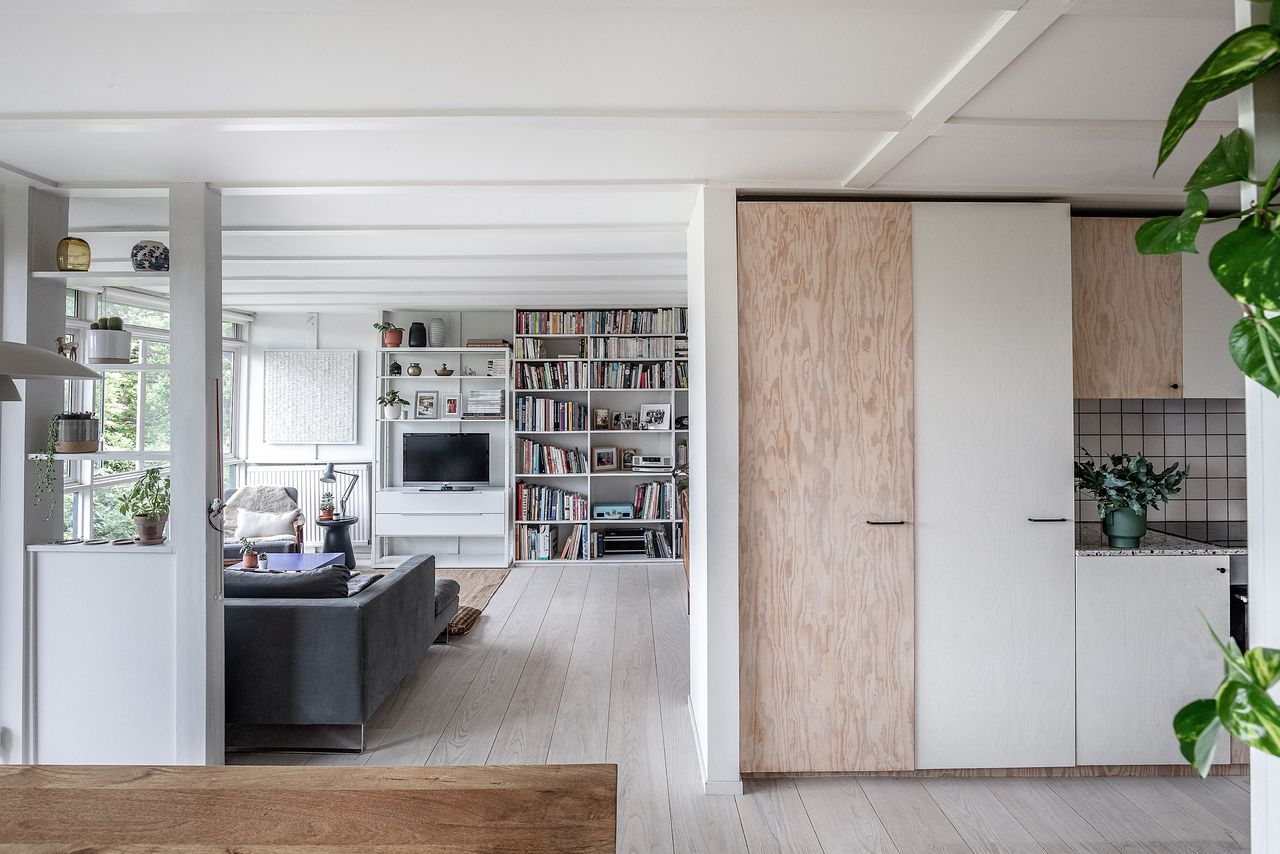 The unusual family home of Céline Dalcher Wilkhu and her husband, Taran Wilkhu, clings close to the summit of a steep hill in southeast London, offering panoramic views across the city from their open-plan living room.

The timber-framed, cabin-style property, influenced by traditional Japanese architecture and recently upgraded to meet the needs of a 21st-century family, is a curiosity among the Honor Oak neighbourhood’s mostly Victorian and Edwardian homes. It is also part of the legacy of an idealistic, postwar experiment in empowerment through house building.

It was built in the early 1970s by an intrepid group of amateur self-builders guided by the German-born modernist architect Walter Segal, who moved to London in 1936. His idea was that people in need of homes could be encouraged to build their own small developments on spare public land, according to the Walter Segal Self Build Trust, which was set up to chronicle his work. 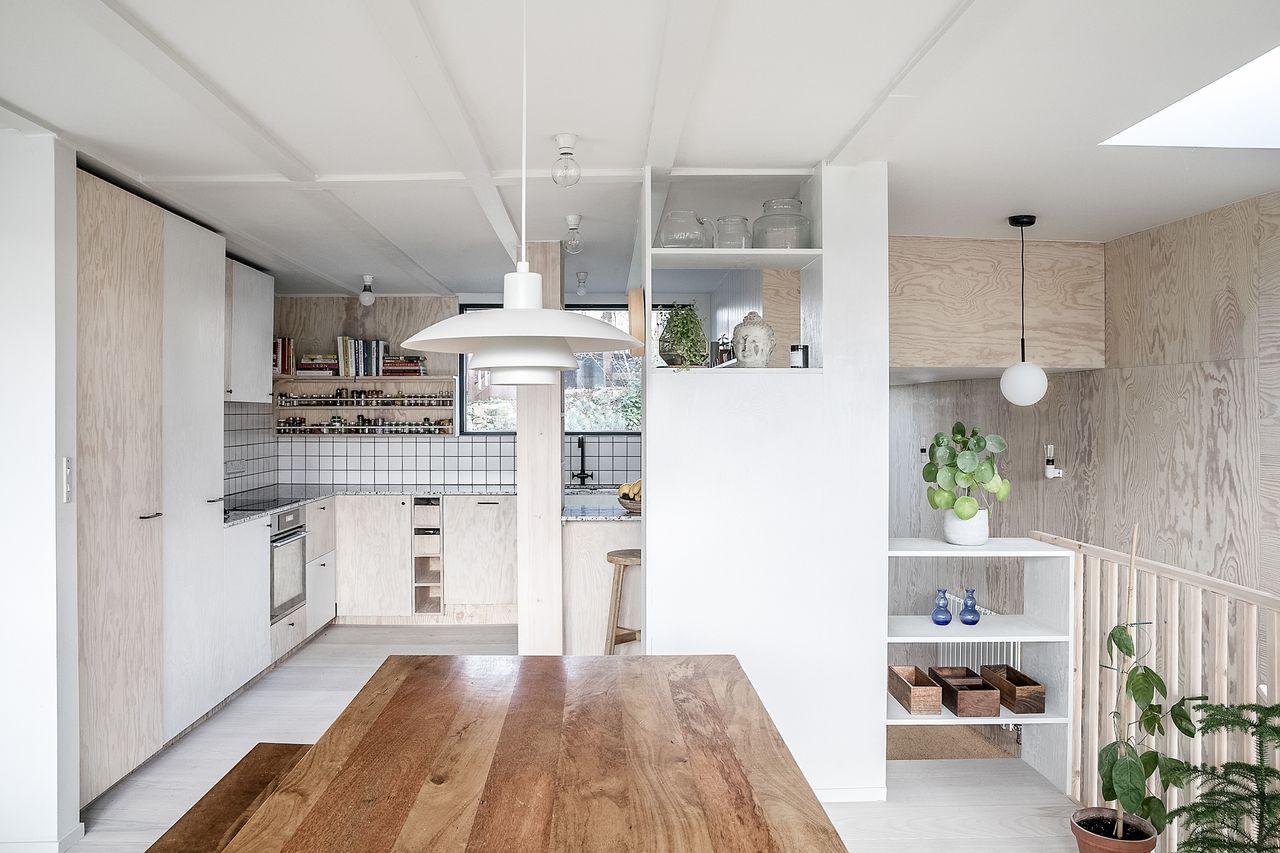 The lightweight houses could be built with basic materials and were raised on small stilts to minimize groundwork and allow them to be constructed on steep slopes. “The idea was to empower people who were not builders to build their own houses through a community,” said Mrs. Dalcher Wilkhu, an exhibition designer at the Royal Museum Greenwich.

In the late 1970s, the London borough of Lewisham decided to put Mr. Segal’s ideas into practice. It placed an advertisement in a local magazine for people in “housing need” who would be interested in building their own homes on public land. Work began on the first of four sites in 1979. 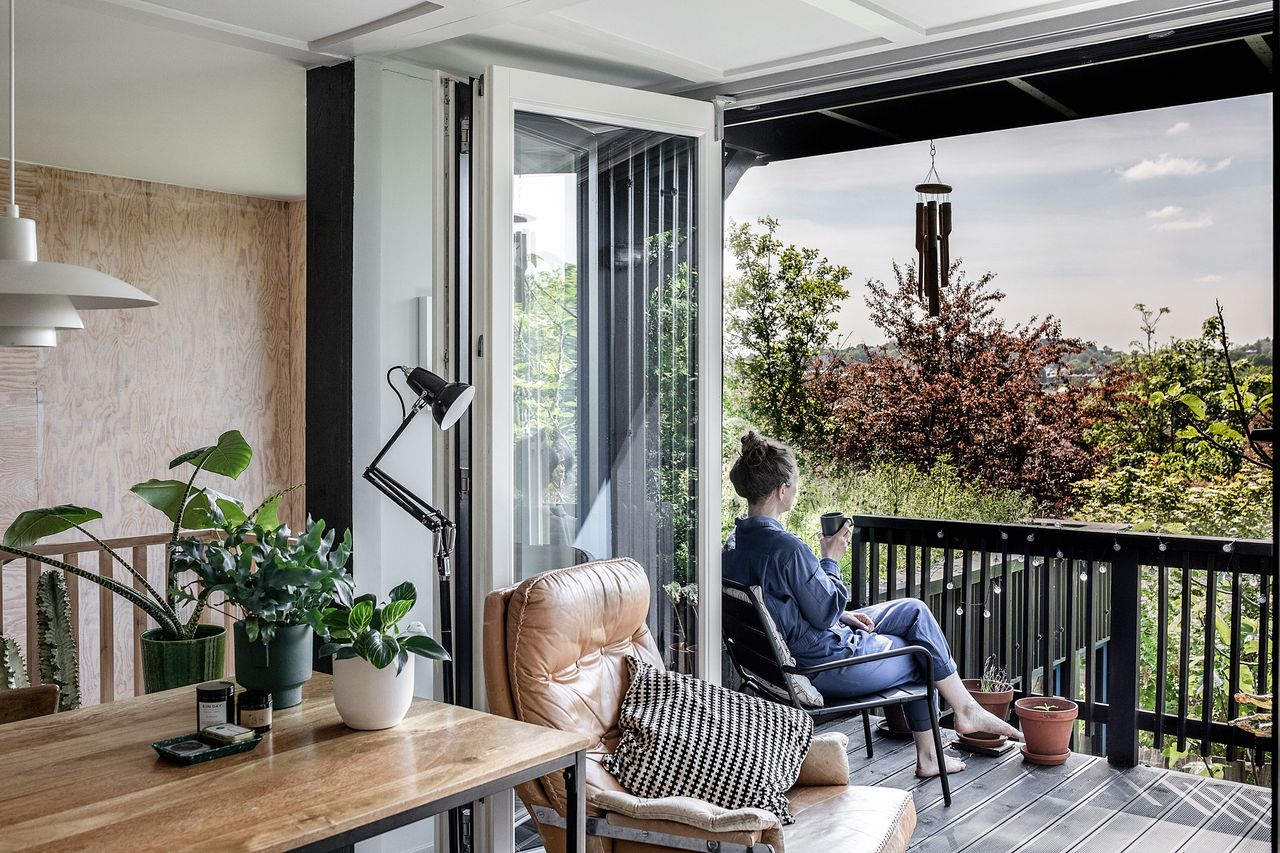 Mr. Wilkhu and Mrs. Dalcher Wilkhu, both 43, had become fans of Mr. Segal’s work after visiting one of his Lewisham projects during London Open House Weekend, an annual event during which architecturally interesting buildings are opened to the public. “We walked in and just said ‘wow,’ ” recalled Mr. Wilkhu, a photographer. “We loved the architecture, we loved the light, and we loved the sense of community. We immediately said we would love to live in one of these houses.” (Mr. Wilkhu later collaborated as photographer on a book about Mr. Segal’s self-build homes, “Walters Way & Segal Close,” in 2017.) 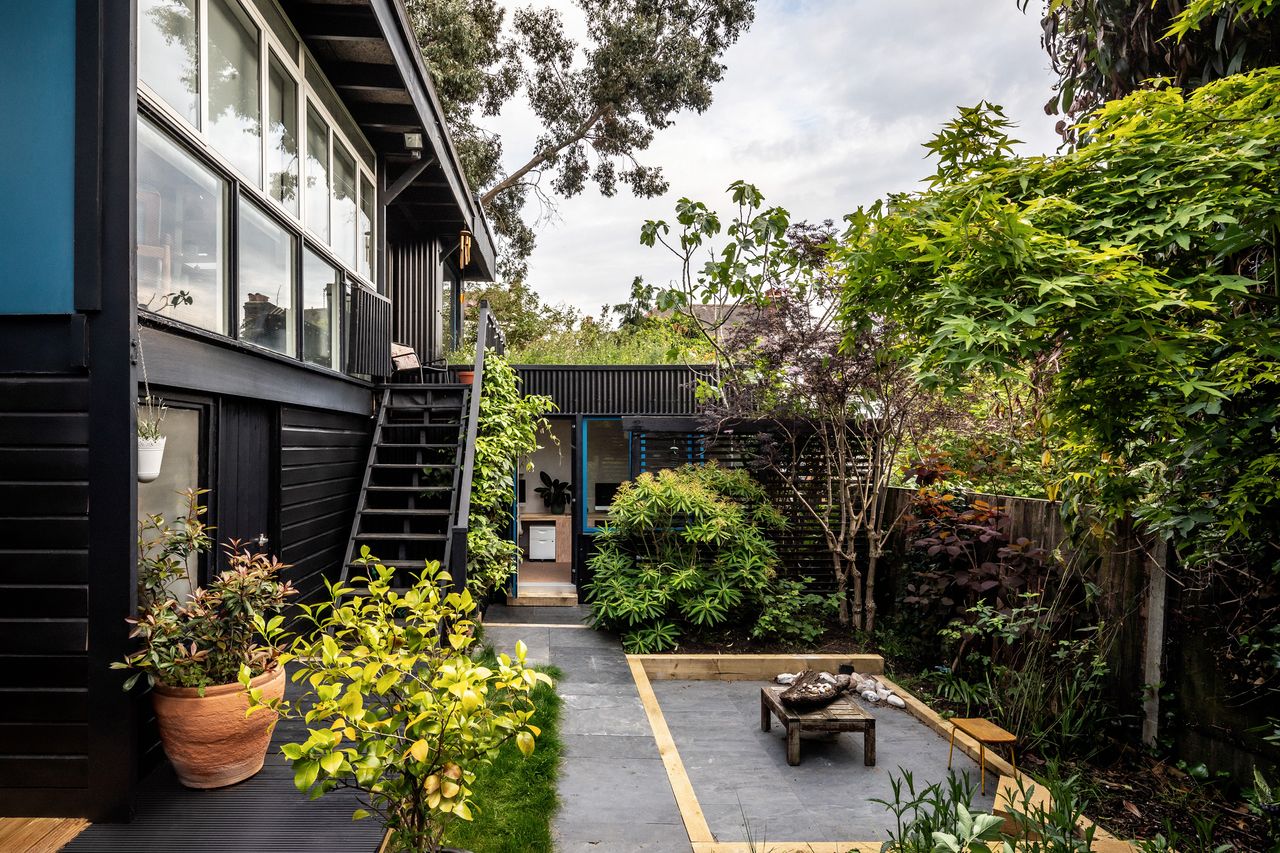 In 2011, a house designed by Mr. Segal in Honor Oak came up for sale. The couple, who have two sons, Sohan, now 10, and Nayan, now 7, paid about $538,000 for the 1,076-square-foot house with four bedrooms and two bathrooms. They bought the house with knowledge of its shortcomings. One of its bedrooms was tiny while the second bathroom was “literally just a cupboard with a shower in it,” said Mrs. Dalcher Wilkhu. “It always felt a bit cramped. We always knew we would want more space—but not necessarily more rooms.”

In 2018, they enlisted the help of architect Elizabeth Fraher, director of Fraher & Findlay. She designed a two-story, 431-square-foot addition. This gave them a large open-plan kitchen, living and dining room on the first floor. 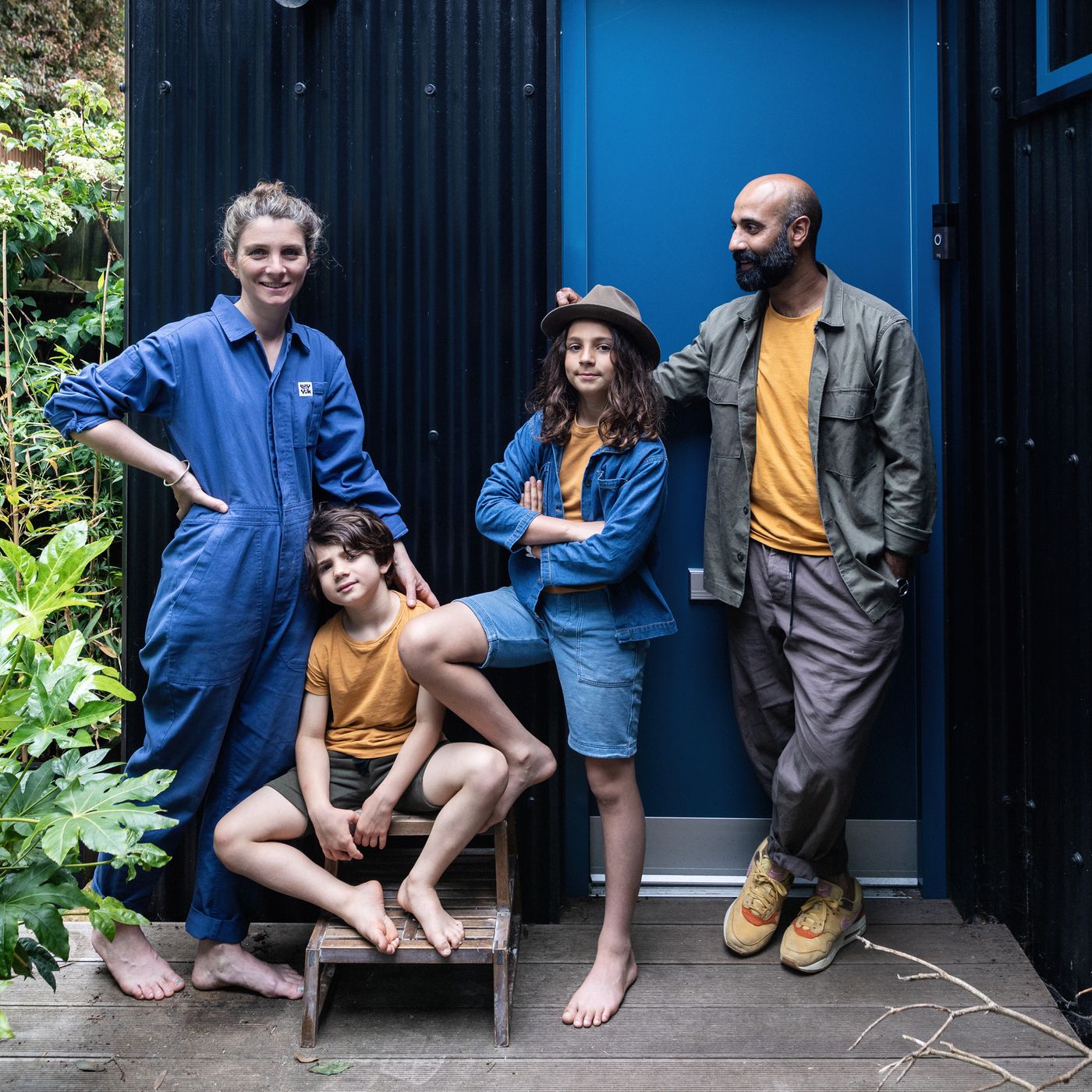 The boys, who had small separate bedrooms at the front of the house, asked that the wall between them be removed so they could share a single larger room. The tiny shower room was enlarged. The new basement level, accessed by a flight of pine-plywood-clad stairs, contains an office that leads out to the backyard, and a room used for yoga and music.

Work began in February 2019 and was done just before Britain entered its first national lockdown in March 2020. Mrs. Dalcher Wilkhu acted as project manager. The project cost around $170,000. “Luckily for us nothing really went horribly wrong,” she said. Like Mr. Segal before them, they stuck to simple, inexpensive materials to keep costs in line.

The exterior of the addition is clad in corrugated iron, while its interior has been lined with pine plywood that has been lightly whitewashed. The original dark timber parquet flooring in the living room was replaced with more contemporary pine floorboards. The kitchen cupboards are also made from pine plywood, although they did add a dash of luxury with a terrazzo marble work top. 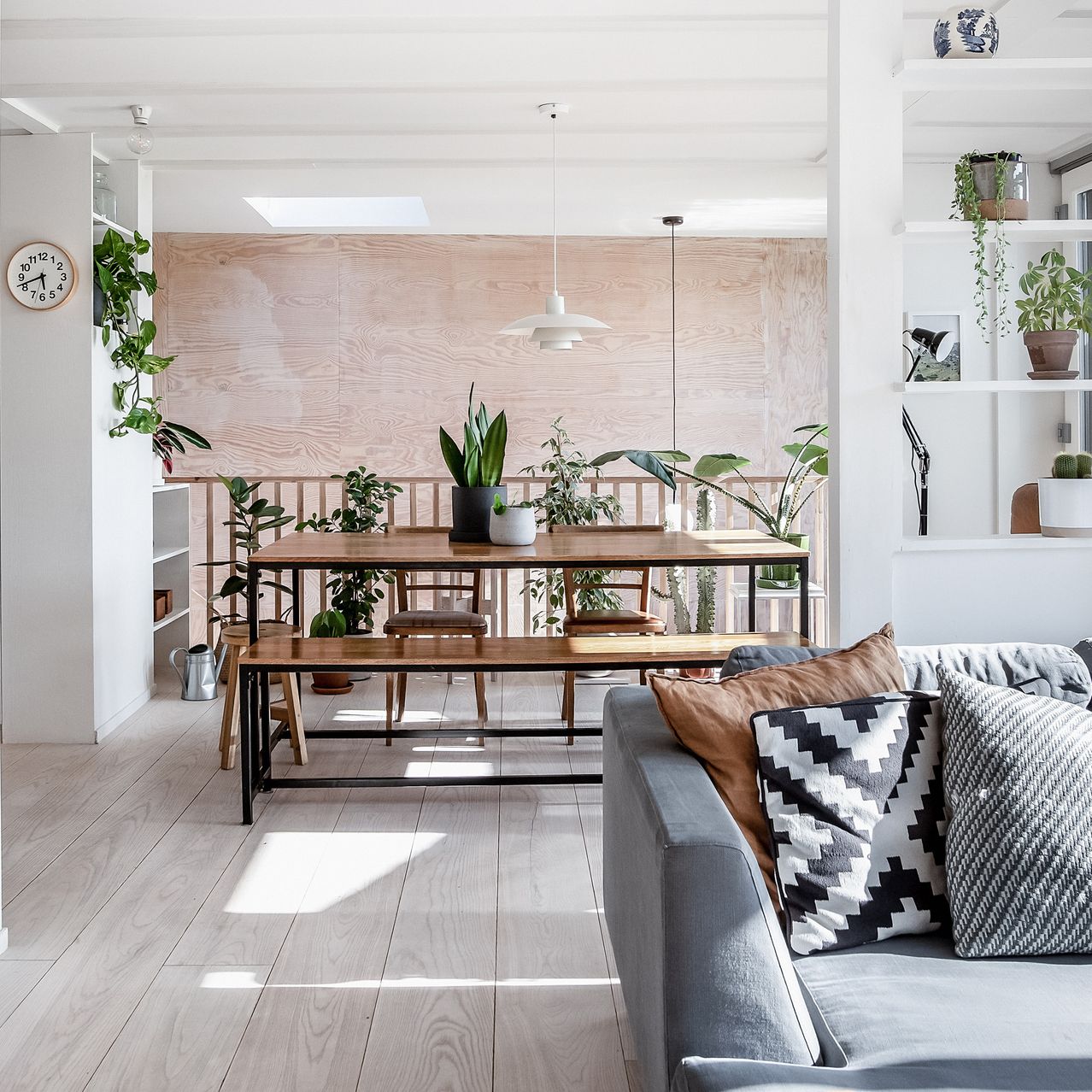 Mr. Segal died in 1985 and he did not witness the gentrification of Honor Oak, where prices have risen from an average of around $539,000 in 2011, when the couple moved in, to $1,281,000 at the start of this year, according to property portal Rightmove. The most expensive sale on their street was in 2019, said Mr. Wilkhu, and the house fetched around $1.1 million.

Mr. Wilkhu estimates their home is probably now worth about $1.87 million, although they have no plans to sell. “As well as the house itself, what we have here is a real sense of community,” he said. “We know all the neighbours, we have a WhatsApp group, and it just feels like a very friendly, safe way to live in a city.”

*All imagery by Taran Wilkhu.