Targeting Russian-Owned Luxury Property May Be More Effective In Theory

Targeting Russian-Owned Luxury Property May Be More Effective In Theory

“Freezing assets is one thing, actually seizing and auctioning off a property is another.” 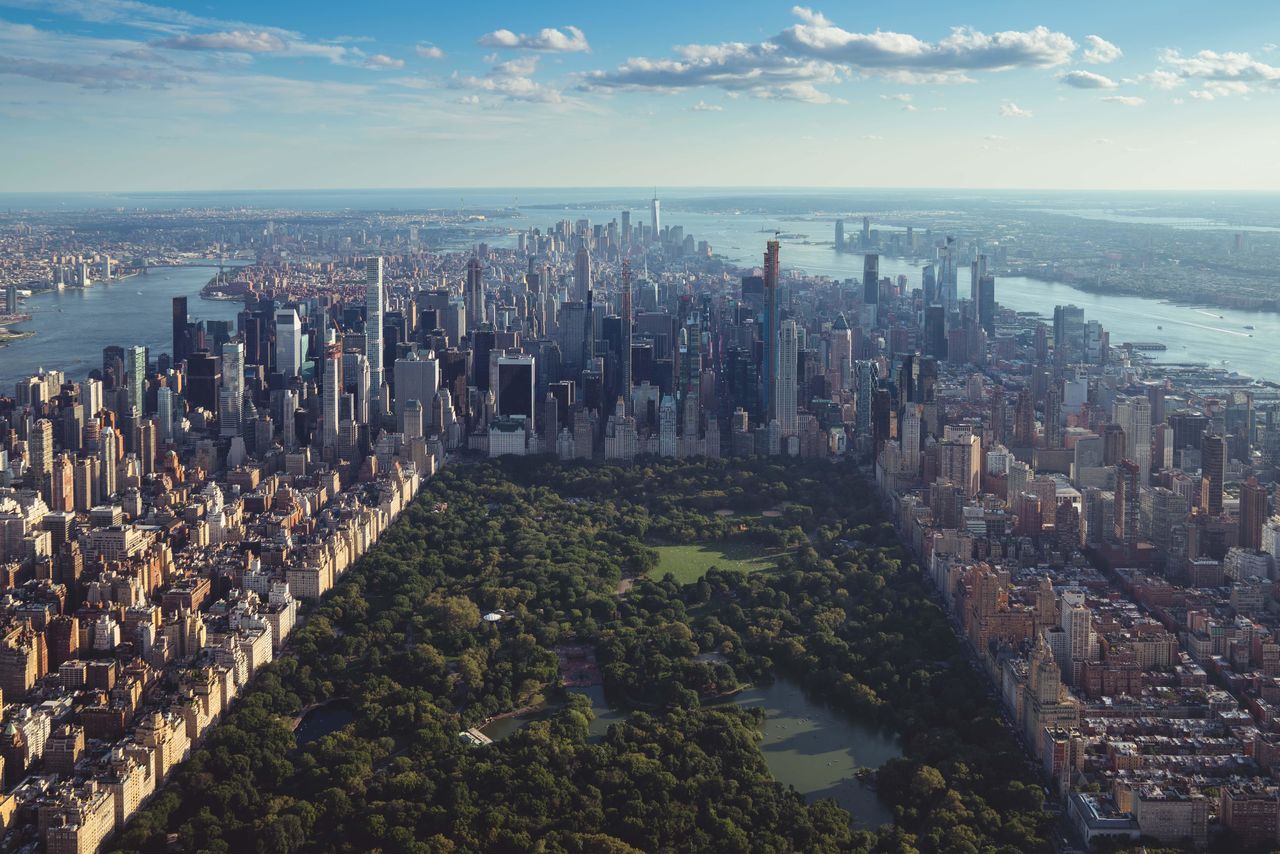 Russia has faced widespread global censure since its invasion of Ukraine, but as the U.S. and NATO continue to resist active involvement in the form of a no-fly zone, conflict is instead being waged via economic sanctions that have thus far devastated the value of the ruble as well as Russian stocks. On Friday, U.S. President Biden announced a ban on Russian imports including diamonds, vodka, and seafood.

These sanctions have extended to some individual Russians, as well, including the high-profile seizure of yachts belonging to Russian oligarchs, and new legislation in the U.K. that will force offshore entities that own properties in Britain to identify themselves. Stateside, the Biden administration has announced sanctions on a short list of Russian elites described as “Putin’s cronies and family members,” a process that involves freezing their assets in the U.S., including property, meaning they are unable to sell it.

In New York specifically, local politicians are exploring further legislation to put pressure on the assets of Russian oligarchs, and New York City Mayor Eric Adams has vowed to assist the Biden administration with any planned crackdowns on Russian-owned luxury properties.

High-profile Russians with strong ties to President Vladimir Putin own a handful of marquee, well-publicized properties in New York City, including three Upper East Side properties worth a combined total of more than $91 million formerly owned by Roman Abramovich, who transferred ownership to his ex-wife Dasha Zhukova in 2017 in advance of a new round of sanctions, the New York Post reports.

Seizing property from Russian oligarchs may appeal to foreign policy hawks and local housing advocates alike, but the reality of the process is far from simple.

“Initially, the [U.S.] government can only freeze the asset,” said Michael Romer, co-founder and managing partner of New York-based law firm Romer Debbas LLP. When the government freezes an asset, “It’s sort of on hold, it’s in limbo,” Mr. Romer said. “[The owner] really can’t use it, can’t enjoy it, can’t sell it, can’t lease it, can’t mortgage it. It’s in this state of limbo where it will make it really uncomfortable for the owner.”

In order to actually seize a property (as opposed to simply freezing it), Mr. Romer said, “The government would have to establish that the property or funds used to purchase the property were associated with a criminal act. What the end result of this would likely be if real estate is frozen in the U.S. is that it would end up in litigation for years.”

“Freezing the assets is one thing, actually seizing them and potentially auctioning off a property down the road, that’s another,” Mr. Romer continued. Among the numerous complications that could arise from potential freezing or seizure of U.S. properties from Russian owners, Mr. Romer said, is the question of who is responsible for paying common charges when a condo asset is frozen; whether the government will target properties owned by relatives or children of certain individuals; and how broadly the government can or should target individuals based on nationality without running afoul of fair housing laws.

Similar complications are likely to arise in the U.K. market, as well.

“A lot of these properties are [owned by] a web of companies or offshore vehicles,” said Mark Pollack, co-founding director at London-based luxury real estate agency Aston Chase. “I suppose they can be unraveled, but it will inevitably take time. And when you’re talking about £40 million [US$52.2 million] or £50 million properties, [those owners] are going to have the best legal representation, they’re not going to go without a fight.”

In the short term, Mr. Pollack’s firm has had “a couple transactions which have been paused or aborted as a result of the sanctions.” While the buyers in question were not on any watch lists, “I think anyone with a Russian nationality at the moment is very concerned that any sanctions could be far reaching and not necessarily exclusively affecting the people they’re intended to affect. The tendency is to try to stay on the side of liquidity.”

In New York, some Russian luxury property owners are quietly considering selling their properties, also in the interest of liquidity.

“So far, there are two active listings that came on [in recent weeks], one $50 million apartment and one $41 million apartment,” Victoria Shtainer, a Ukrainian-born Compass agent in New York City, said last week. “With the ruble being worth less than a cent, this is an asset they have that they feel they could unload and send that money to Switzerland. For any asset right now in New York, now is a good time to sell, and [property] is like one of their diamonds that is easy to liquidate.”

Though there have been a few recent inquiries from luxury buyers hoping to scoop up New York City properties that Russian owners might be rushing onto the market, Ms. Shtainer said, the broader effect of sanctions on the property market may be smaller than on the handful of ultra-high-end trophy homes owned by oligarchs.

Previous sanctions enacted during the Obama administration—most notably in 2014 following Russia’s invasion of Crimea, a Ukrainian territory—had long since slowed the influx of Russian buyers into the New York market, Ms. Shtainer said. “They’re a very small proportion of [the city’s international] buyers.”

According to a recent report from Aston Chase, North West London has become a hot spot for Russian buyers, who collectively own £8 billion worth of real estate assets, businesses and other investments in the U.K.

“The real likelihood is that even if they want to transact, they probably won’t be able to for some time until this has all unravelled and legal ramifications are properly resolved and sanctions are lifted or more specifically targeted to individuals,” Mr. Pollack said. “I don’t think there’s going to be a huge impact on our market because in that space [for properties between £5 million and £15 million], there are a lot of buyers.”

New York City is a similarly frothy environment for luxury listings and is on pace to outperform white-hot 2021, according to recent market reports.

Beyond individual properties, broader economic sanctions may already be removing some would-be Russian buyers from the U.S. market.

“People who are living here but still have businesses in Russia have put deposits on new developments in New York and Florida that will be closing in the fall,” Ms. Shtainer said. “If their income stream has stopped and the ruble is down, how can they close? That’s something we should be watching.”

And as for the ultra-wealthy buyers, “Russian oligarchs will now continue looking to buy into friendly regions,” Mr. Khan said. “That means Dubai in the U.A.E. will benefit as Russians move their money across friendlier markets.”

Since Russia’s invasion of Ukraine began in late February, 2.8 million refugees have fled Ukraine and Reuters estimates that total casualties in the conflict have reached 15,000, including heavy losses of Ukrainian civilians. On Monday, Russia and Ukraine met for a new round of talks that have been put on a “technical pause” until Tuesday. 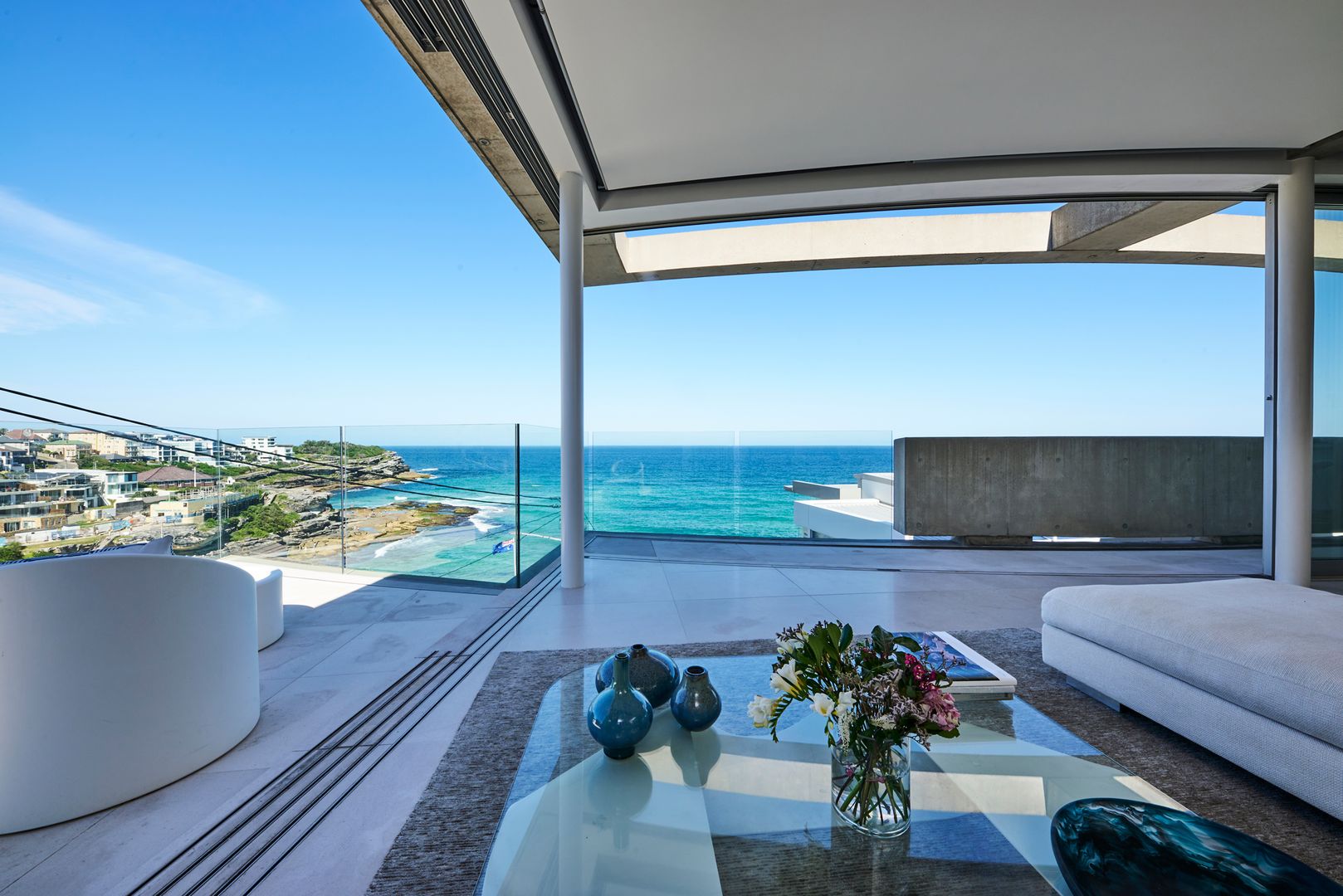 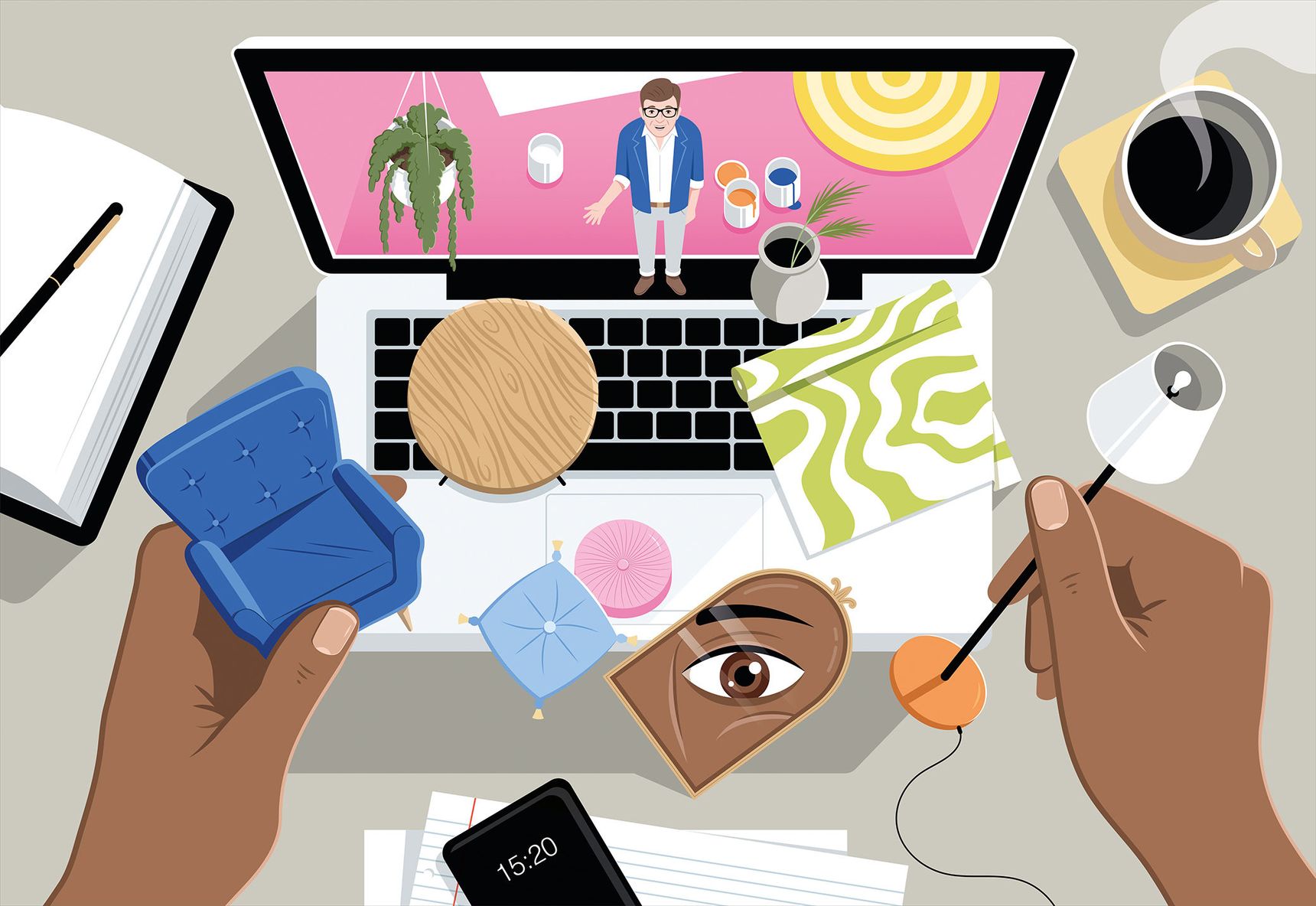 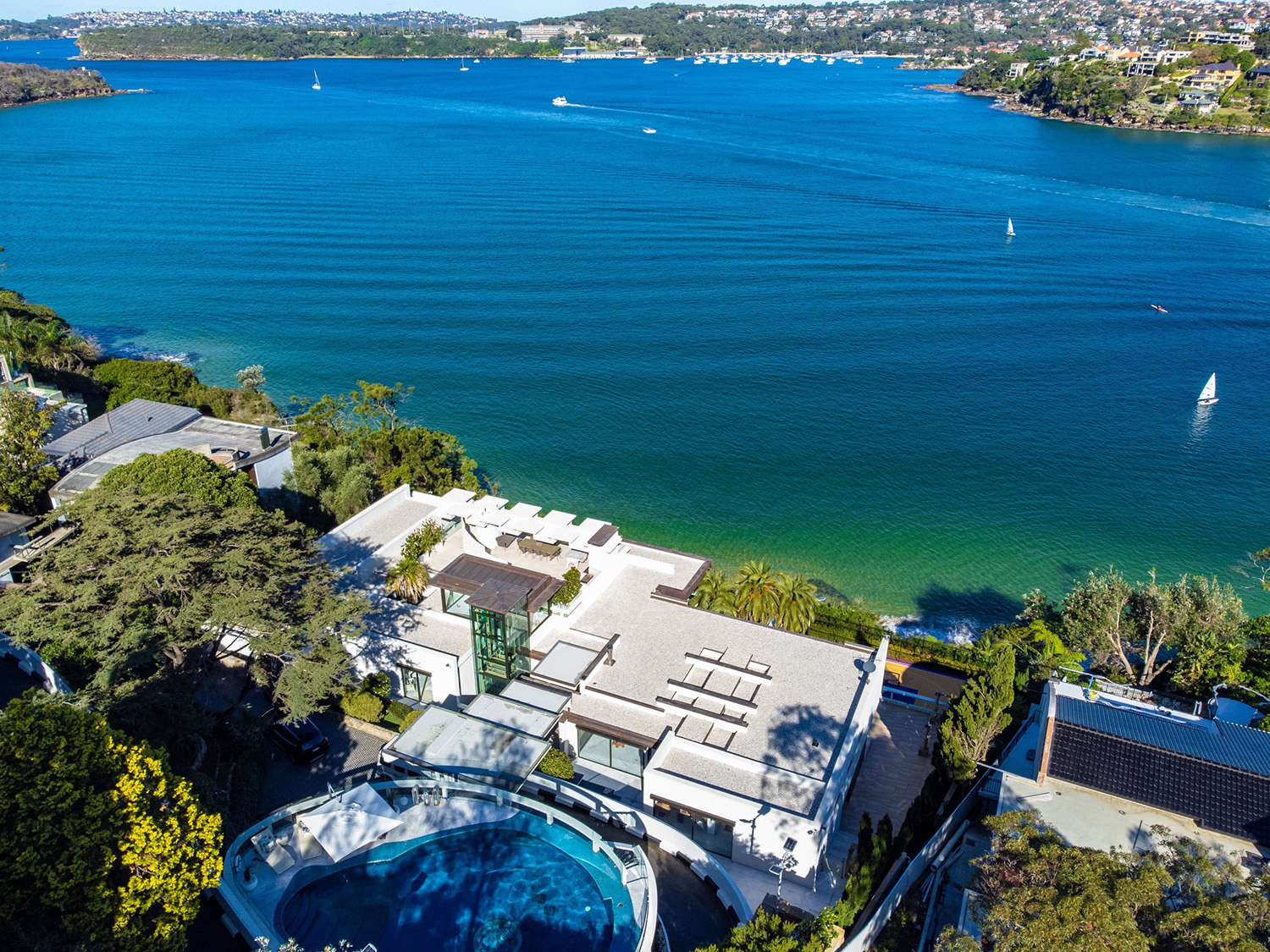