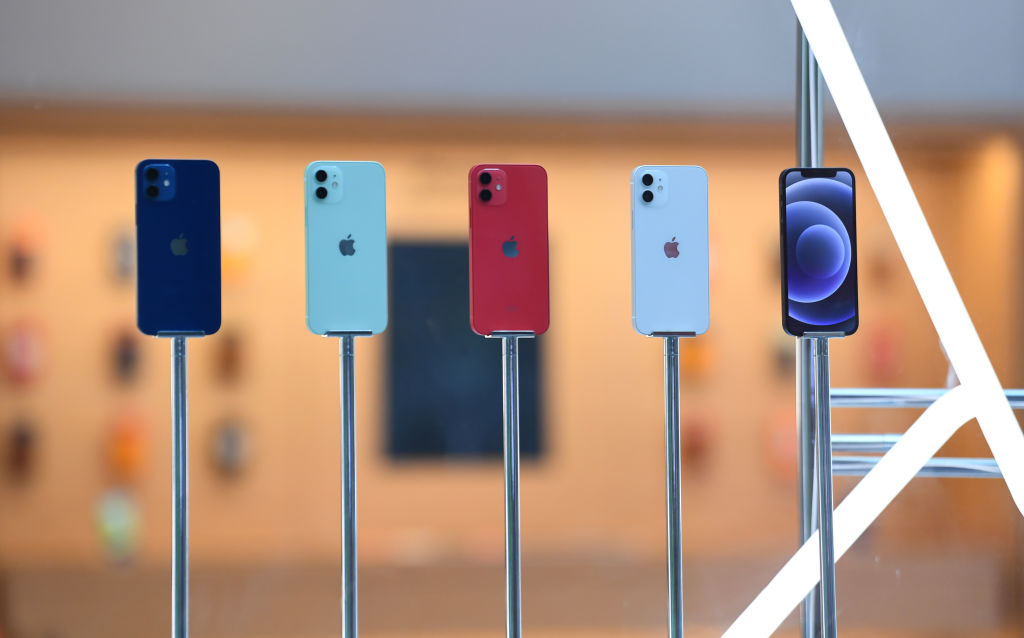 Regular readers should have the iPhone No-Buy Rule™ committed to memory. Once June begins, it’s time to stop phone shopping and wait until September for the release of Apple’s new iPhones.

Last year, I expanded that guidance to other Apple products, and I’m glad I did. Things are even more nuanced this year.

First, we’re right on the heels of an Apple April bonanza, where the company launched new editions of products ranging from the iMac to the remote on the Apple TV. Second, earlier this week Apple kicked off its Worldwide Developers Conference with details about iOS 15, iPadOS 15, macOS Monterey and WatchOS 8 coming this spring. The company didn’t announce any hardware, but the software news certainly gave hints of what’s to come.

An Apple spokeswoman declined to comment on any and all future Apple products.

So right now you might want to spend any extra cash on a superyacht or a fully loaded hotdog at the ball game, or just save it for the spring. No matter what, consult my Apple-product Do/Don’t Buy list first.

The answer is no. No, not even that new purple one. No iPhone buying right now.

I don’t expect a radically new iPhone this fall, something that triggers what the industry calls a buying super cycle. Last year Apple completely overhauled the iPhone design and added 5G. That means this year we’ll likely see a few key updates while Apple keeps the same overall design.Reports point to a screen with a higher refresh rate and better cameras. Maybe even bigger batteries. (A while back, I suggested looking at the latest Samsung phone for some signs of what’s in store.)

If you don’t care about the cutting edge, why can’t you just buy an older model now? Money, that’s why. Historically, Apple drops the price on popular models as they age out. Last October, the iPhone 11 dropped from US$699 to US$599 and the XR dropped from US$599 to US$499. Sometimes the price drop is even bigger.

Plus, iOS 15, due in about three months, will come free to all iPhones that currently run iOS (iPhone 6S and later). The new FaceTime, notification, messaging and weather features might be enough to make your current iPhone feel fresh and new.

It’s been 1,000 years—in Apple years (which are like dog years, only shorter)—since the entry-level white ear sticks have been updated. That seems to be set to change this spring. The next earbuds are expected to have shorter stems, a new case and improved fitness-tracking features, according to a Bloomberg report.

Plus, Apple said that iOS 15 will make the AirPods Pro and AirPods Max easier to find if they are lost. Like AirTags, they will work with Apple’s Find My network and have better alarms to help locate them if they are lost nearby. Noticeably absent were the regular AirPods—more evidence that they are outdated.

What about the AirPods Pro released in late 2019? Those fall into the proceed-with-caution zone. That same Bloomberg report says a new version is in the works but might not arrive until 2022.

If you’re looking for bigger noise-cancelling headphones, you’re fine with the AirPods Max. Those were released last December and aren’t likely to be refreshed soon. But do you really want to spend $899? I’d recommend $300 Sonys instead.

Apple Watches don’t get redesigns very often: In fact, it’s only been redesigned once in a big way since its launch, and that was with the Series 4 in 2018. We’re due for one in the next year or two, and noted Apple analyst Ming-Chi Kuo has reported that it’s in the works for this year.

Various reports say the next watch could have some new health-tracking features, including glucose monitoring.

Either way, I’d wait until the spring, if only for the price drops. Last year, Apple confused things by introducing two models, the $599 Series 6 and the $429 SE, while dropping the Series 3 price to $299. I even preferred the SE to the 6: most of the features, $170 less. Apple will likely tweak the lineup again, bringing the newer watches to lower price points.

You’re good to go on the iPads—the regular-size ones, anyway. In April, the iPad Pro got a new screen, M1 processor and some new webcam tricks. The iPad Air was significantly improved last October with a new design, including a fingerprint scanner in the edge.

All of those models and more will also get iPadOS 15 in the spring. I’m excited for the new multitasking controls, which no longer require some sort of “Parent Trap”-like secret handshake to place two apps side by side. The new home-screen layout and Quick Notes look cool, too.

One iPad that you should absolutely not buy? The Mini. Last upgraded—minimally—in 2019, it’s overdue for a real rejuvenation.

If you want a beautiful and fast iMac, the new 24-inch iMac, powered by Apple’s M1 chip, gets the green light. I just reviewed it and have loved working on it for the past month.

If you want a replacement to the current 27-inch iMac—something with a bigger screen and more power—hold off. Bloomberg and others report that Apple is working on a chip that’s even faster than Apple’s current M1, and that it will be in this new machine, possibly with an even larger display.

That brings us to the laptops. Apple kept the design of the MacBook Pro and MacBook Air but swapped Intel chips for its own M1 chips last November—making them virtually the best laptops out there. They’re fast, but run cool and quiet.

Yet they’re expected to get even better this spring—at least the MacBook Pro is. Reports from Bloomberg, Taiwan’s DigiTimes and Mr. Kuo say that Apple is readying Pro laptops with 14- and 16-inch screens, powered by that faster chip. The update sounds big: new designs plus the return of MagSafe charging and other ports, including my favourite, an SD card slot. Also, you can probably say goodbye to the mostly pointless Touch Bar.

If you really need a laptop for back-to-school season, I’d opt for the cheapest Air.

If you need a new streaming box and aren’t tempted by a more affordable Roku, Chromecast or Amazon Fire stick, Apple just refreshed the $249 Apple TV 4K with a faster processor and new Siri remote.

If your Apple TV is fine, however, and you just want to stop the pain and suffering caused by the old remote, the new one, sold separately for $79, is the must-have upgrade of the year. It’s bigger (so it no longer lives in the couch cushions) and it has a touch-enabled click pad at the top (so you can tell which end is up).

As I say every year, if your current gadgets are on their last legs, look to repair what’s broken, or find a deal wherever you can. Don’t pay full price! And just know that in the years to come, like Bill Murray in “Groundhog Day,” I’ll be back saying the same thing, over and over and over again.