The Upside of Selling Adjacent Properties With Your Neighbour

The Upside of Selling Adjacent Properties With Your Neighbour 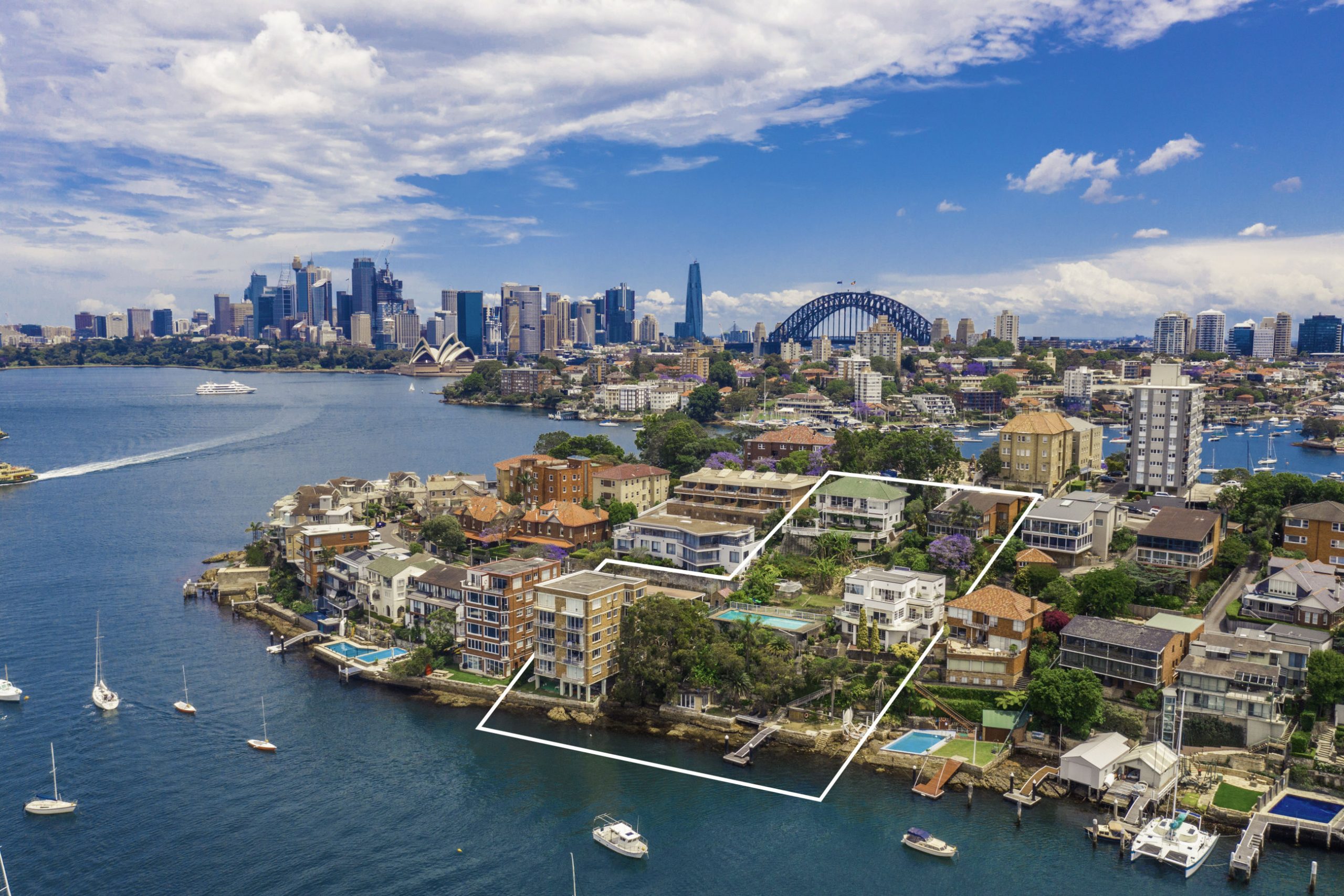 Land is Sydney’s hottest commodity right now as demand for quality property soars and supply remains stagnant. With developers willing to pay top dollar for sizable land parcels, some savvy neighbours can earn more together than they would have alone in a market tipped in their favour.

In Sydney south, three neighbours in Miranda recently combined their addresses to make close to $2 million each—approximately $500,000 more than the median house price in the suburb and well above the original $5.3 million price guide.

In Kurraba Point, an exclusive harbour-front peninsula in Sydney’s Lower North Shore, one family, which began acquiring individual houses and apartment buildings in the 1980s, finally got their payday in March when four lots sold together for $60 million. 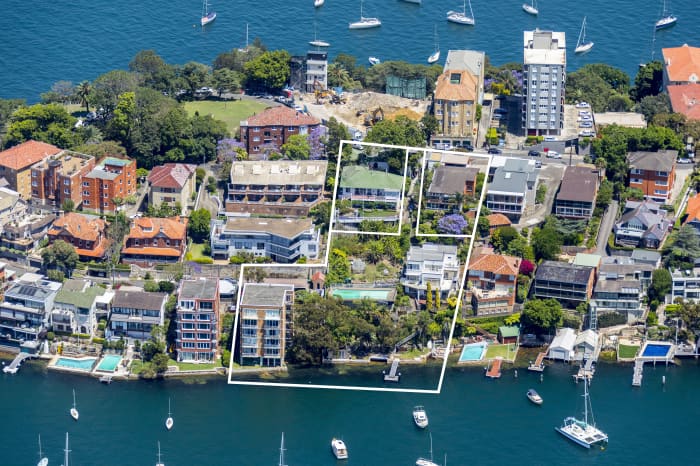 An amalgamation of several properties in Sydney’s waterfront suburb of Kurraba Point took more than 40 years to accumulate, but achieved $60 million in a single sale in early 2021.

“Off the back of that sale we’ve had a number of people approach us who are talking about getting together with neighbours and seeing whether there’s an uplift in the value of their property by consolidating surrounding properties,” Mr. Foote said.

He said today’s booming market conditions can work for, or against, neighbours choosing to come together to sell so gauging the market is important.

“It’s tricky because it’s all about that gap between market value of the property as is, and market value after it has been developed. So when a market is rising like it is at the moment it means your underlying value is going up so then everyone involved will want to be sure that the developed value is going up more. It’s not necessarily the case that a strong market is a good time to do it, because that’s the beauty of property as an asset class—over time it generally appreciates anyway,” Mr. Foote said.

Vendors Have Strength in Numbers

Though vendors may believe they can achieve top dollar by selling alone in today’s booming housing market, there is more price power in joining together, according to Antonio Mercuri, principal and director of GV Property Group, who negotiates with multiple apartment building owners in the sought-after beachside suburbs of Queensland, where inventory remains limited and land is scarce. Mr. Mercuri said apartment buildings have their own nuances separate from amalgamating neighbouring houses.

“So it often depends on the zoning and what’s achievable on the land. Sometimes owners are able to achieve well over retail value, and in some cases double if not more,” he said.

When people come together with a common goal it makes sense to form a democratic order, Mr. Foote added.

“When you’re dealing with a lot of people you need to have good leadership, and people need to be comfortable. You need someone who’s going to lead the charge, but you also need to have consensus within the group. Get things formalized by having a lawyer who’s got expertise in this area and set up the relationship amongst the neighbours professionally,” he said.

For neighbours considering pooling their properties, Mr. Foote said potential vendors need to do their homework and bide their time.

“You need to be aware that with deals like these, there are a whole bunch of moving parts. You need to have expertise and be patient—it’s not unusual that these deals can take three to five years or more,” he added.

As with most real estate deals, location plays a vital role in how successful an amalgamated sale will be, Mr. Foote said.

“Zoning is important, but the tricky thing is you can’t bank on it because you’re reliant on the governing body,” he said, adding that a zoning regulation change or U-turn on a planning decision at the local council level could dramatically alter a seller or developer’s plans moving forward.

“Political will and local sentiment can change, then the sale either gets delayed—and for both the developers and property owners the clock’s ticking—then suddenly you’re three or five years down the track and you’re then told it’s another three or five years away or it’s not going to happen at all,” he said.

Owners should factor in that there are planning and political risks.

“I suppose it’s why developers do what they do because they manage the risk and sometimes that goes well, sometimes it goes terribly. There’s always a risk-reward balance, so if it looks like there’s high reward then there’s probably high risk as well,” he added.

Developers are drawn to amalgamated sales where the numbers stack up.

“Every project has to be profitable, and if you’re trying to beat a developer down and eat up their profit, they’re not going to buy from you,” said Ian Ugarte, an advocate for affordable housing and co-founder of Small Is The New Big, a business built on educating people how to create micro-apartments and multi-density accommodation to address an emerging rental crisis across Australia’s biggest cities.

“The sorts of properties developers find most attractive are properties which, when merged, will enable them to increase the density on that block. Obviously, properties in areas approved for units (with medium or high-density zoning) are often the most attractive,” he said.

“And while some property owners will sell for a reasonable price, others will ‘hold out’ and ask for a price the developer might not be able to reach, potentially risking the entire sale,” he said.

“I’ve seen a development where one of the property owners ‘held out’ in an effort to get more money than their neighbours, and upsetting the developer so much in the process they simply built a horse-shoe development around the still-standing shack,” he said.

In 2016, 62 neighbours in Frenchs Forest in Sydney’s luxury leafy north failed in their years-long hope to secure a $200 million windfall. Sellers would have secured an average of $3 million each, despite the median house price in the area at the time being $1.36 million.

Owners Need to Read the Market

Bernadette Janson, founder of The School of Renovating, based in Sydney, bought an investment property in Sydney’s west several years ago with the plan to build townhouses on the lot.

“I was about to develop, but the council changed the zoning rules around the size of the frontage allowed so you could no longer build multiple homes on a single block in that area. I’d paid good money because of its development potential, so I had to think of my options. I could see if I packaged it up with a neighbouring property it would have more potential,” she said.

“Opportunities are like buses and it’s really knowing which one to jump on,” she said.

After paying market value of $950,000 for the neighbouring home, Ms. Janson sold it to a developer along with her property for $2.5 million.

“You really need to know the value of the property you’re going to sell, because people will pull all sorts of tricks to try and make you believe it’s not worth what you think it is,” she added.

Ms. Janson employed a professional property negotiator to broker the deal on her behalf, and added that a proficient team is important.

“You need to have really good people around you, particularly a lawyer, town planner and accountant. They’re key in helping you manage your risk and tax burden,” she said.