The Holiday Rental Business Is Coming of Age

The Holiday Rental Business Is Coming of Age

More home buyers under the age of 30 are getting into the short-term rental game. 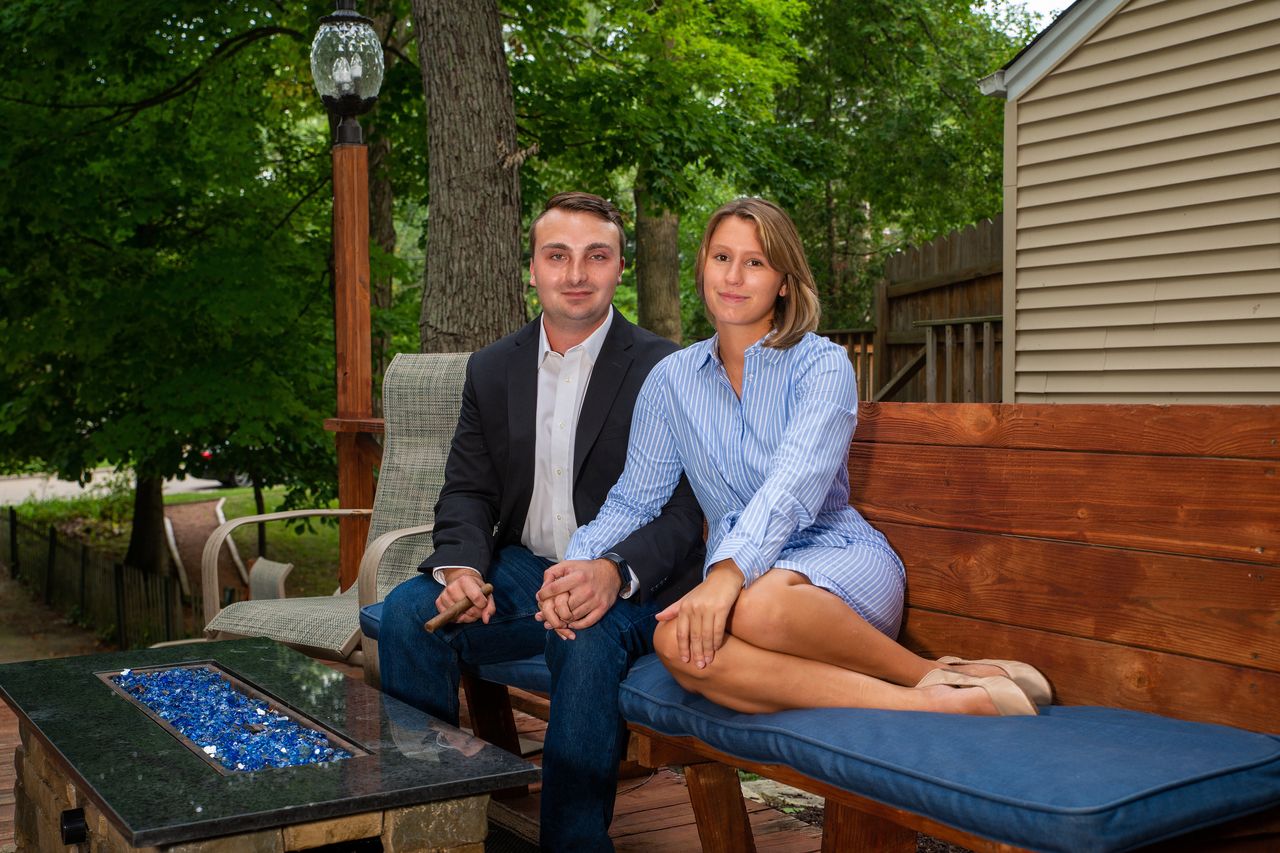 Every summer when Trevor Plencner, 24, was growing up, his family would take a trip to New Buffalo, Mich., where they’d rent a house on Lake Michigan. Year after year, Mr. Plencner became increasingly intrigued by the notion of owning a vacation rental property himself—so much so that he decided to give it a whirl.

In February 2018, when he was 20, Mr. Plencner purchased a vacation rental in Lake Geneva, Wis., about an hour northwest from where he lives in Hoffman Estates, Ill. While there are multimillion-dollar houses on Geneva Lake, through persistence and good timing, Mr. Plencner bought a 1,200-square-foot cottage a few blocks off the water for $111,000. He put 3.5% down using a Federal Housing Administration loan. Six months later, after painting and furnishing the interior and renovating the basement, Mr. Plencner put the cottage on booking websites. In the summer, his nightly rate is around $400; in the winter, it is closer to $175. To his delight, the three-bedroom home’s rental income started covering the mortgage, and then some. In June 2019, he bought a second Lake Geneva property with a friend for $85,000.

Vacation rentals are his side gig—Mr. Plencner works full time at Chicago’s O’Hare International Airport. His goal is to work solely in real estate, with properties throughout Wisconsin. “Vacation rentals is the best business anyone can get into, especially young,” he says.

“This is quite clearly a growing segment,” Evolve CEO and co-founder Brian Egan says.

Rob Mehta, founder of Miami-based brokerage service Rob Mehta + Partners, says he’s seeing a lot more second-home and investment buyers who are younger. “We wouldn’t have envisioned this five years ago,” he said.

This demographic is moving to rental-home ownership despite mortgage hurdles such as lack of credit history, student debt or limited time to save for a down payment. Banks say age itself isn’t an obstacle, as long as the borrower is legal age. A challenge lies in investment loans, which can be more restrictive than primary- and second-home loans, and “ensuring the borrower has a reasonable capacity to make on-time mortgage payments, should there be a disruption in rental income,” says Tom Wind, executive vice president of consumer lending at U.S. Bank.

“I believe real estate is the safest and most sustainable way to grow wealth,” says Mr. North, who purchased the house in the high $200,000s. He started renting out his place the first week the pandemic hit.

“It was an immediate nightmare trying to find guests,” says Mr. North, who stayed afloat because someone booked the house for about three months. “After that, we started getting people who wanted to start vacationing again.”

When Mr. North was setting up his Asheville rental, “there were a lot of long hours, weekends and drives at inconvenient times to make the effort to make ends meet,” he says. “We were figuring out things in the middle of the night. You’ve got furniture to put together for people coming in the next day. Guests can be demanding. Things break. We had the water heater break, which flooded the basement.”

Still, the rental income is worth it for many young people, despite the challenges involved.

When Cady Montgomery, 26, moved from Seattle to Austin, Texas, three years ago, she became enamored with Fredericksburg, Texas, a wine and shopping destination an hour and a half west of Austin. “Every time I went, I paid astronomical rates for an Airbnb,” she says. She saw the potential of earning extra income while building equity.

Ms. Montgomery watched Fredericksburg real estate for nine months while running financials on various occupancy scenarios. In February 2020, she closed on an 800-square-foot, one-bedroom condo for $210,000. For the down payment, she combined her savings with money left over from selling her Seattle house. She listed her condo on booking websites in March 2020, just as the pandemic hit. She got bookings the first week—then everything turned to cancellations for two months.

“I thought this was the worst investment I ever could have made!” she says.

But by May 2020, things came back to life. “I started to get crazy bookings. Every weekend has been booked,” says Ms. Montgomery, whose rate hovers around $300 nightly. “It ended up working out really well.”

“Young people I’m working with are tired of the norm,” says Jeramie Worley, managing broker at Worley & Associates, a real-estate firm in Branson, Mo. “There were no jobs when millennials came into the working world. They’ve been forced to find a better way to make a living. Vacation rentals give people that without the fear and anxiety of losing their jobs.”

“Housing is so hot right now,” he says of his side hustle. “It’s good to diversify my assets.” This year, Mr. Benner is forecasting $33,000 in revenue. He hopes to earn 10% of the property’s purchase price annually.

“I dream of retiring by the time I’m 40,” says Mr. Thomas, who works full time in software. “To do that, I need to have six to 10 rental properties creating enough revenue. The icing on the cake is I can occasionally stay in them.”

Taylor Marr, the lead economist at real-estate brokerage firm Redfin, says one reason young people are getting into this business now is because the online booking marketplace has changed the economics of owning a second home. “In the past, most people would buy a lakeside cabin that they’d use for one month and then it would stay vacant the rest of the year,” Mr. Marr says. “The portals have lowered the functional cost of the vacation home. You can rent it out to offset your cost.”

Now there are also companies offering services that are useful to young people who are short on money and time. The company AirDNA, with headquarters in Denver and Barcelona, Spain, analyzes data on more than 10 million short-term vacation rentals to help homeowners assess their potential revenue, among other things. Meanwhile, Evolve takes care of a homeowner’s hospitality needs for a 10% management fee: The company builds a homeowner’s rental listing (including photographing the property), prices booking rates nightly using a proprietary algorithm, and has 24/7 guest support.

“I was able to gauge my projected revenue would be about $30,000 per year,” says Jonathan Nawrocki, 26, a web designer who used AirDNA before purchasing an 800-square-foot, one-bedroom cottage in Toledo, Ohio, last October for $80,000. He says his bookings have been more than enough to cover his mortgage and cash flow.

Ashley Rankin, 27, who is based in Big Water, Utah, near Lake Powell, is renting to purchase a 900-square-foot vacation rental from her mother, Heather Rankin.

New York City-based Brandon Bonfiglio, 23, is a social-media influencer with 10.7 million followers on TikTok. He earns money through sponsorships.

“Being a social-media influencer is not a longstanding job,” he says. “I was looking for a stable source of income.”