When all of a building’s systems are online, the cybersecurity risks become much greater. 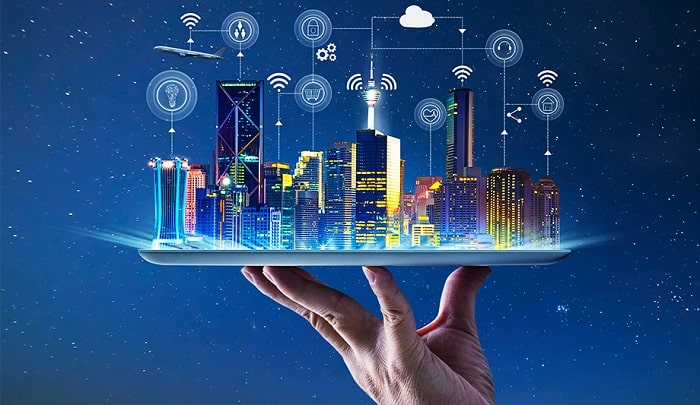 Buildings are getting smarter, and that opens them up to a host of new cybersecurity risks.

In recent years, building managers increasingly have relied on internet connections and computer networks to manage pretty much any part of a building you can think of—including elevators and escalators; ventilation, heating and air conditioning systems; office machines like printers and conference-room audiovisual equipment; security and fire-safety systems; and appliances like refrigerators and coffee makers.

These smart technologies can make buildings more efficient and monitor maintenance and repair needs, allowing building operators to address problems proactively, rather than fixing malfunctions as they occur. During the pandemic, they have made it easier to monitor airflow and people’s movements within buildings.

“All of those things being managed technologically is a good thing,” Mr. Lund says. “The backside of it is that all of them become hackable.”

The problem isn’t just that hackers can gain access to any one building-management system. The real danger is if they are able to gain access to a single system—say, lighting—and then find their way from there into many or all of the building’s other systems, whether those systems are linked to a common network or not.

“They can control lights, they can control air flow, they can control the elevators—anything that you can think that a building does can be exposed,” says Fred Gordy, director of cybersecurity at Intelligent Buildings, a smart-building consulting and advisory firm. “We had a particular case where it was a hospital group” whose systems were attacked for a ransom, he says, “and they were unable to do anything with the systems, so they had to cancel surgeries [and] send people away.”

Mr. Gordy says the number of ransomware attacks on the firm’s clients grew 600% in 2020. In 2019, he says, “our customers that were attacked represented 100 million square feet in commercial real estate. In 2020, our customers that were attacked represented 1.8 billion square feet of commercial real estate.”

What’s more, hackers who infiltrate building-management systems might also be able to work their way into a company’s corporate communications and databases, where they can loot the company’s proprietary information or hold it for ransom.

Getting in and around

So how does all this happen? One way hackers commonly gain initial access is to steal the login credentials—or obtain the stolen credentials from a third party—that a vendor uses to upload invoices to the building manager’s billing system, says Mr. Lund.

Once they’ve gained access to a billing system, or gotten into the building manager’s computer system through any other internet-connected point, hackers have many ways of broadening their access. One of the most common is to use whatever information they have found to create convincing phishing emails that prompt employees or other vendors to reveal login and password information for other systems.

One way to cut down on that risk is to link all the various building services to a single network that can be monitored and controlled by cybersecurity experts, says Adam Stark, senior technology consultant for smart buildings and smart workplaces at JLL.. But that network—and everything on it—remains vulnerable if it isn’t sufficiently protected.

Hackers can move around a network like this by taking advantage of weak safeguards in place for the various systems and devices connected to the network, says Ron Cirillo, vice president of cybersecurity and service excellence at Oxford Properties Group.

“There’s a lot of very lazy work that went into designing authentication methods and identity-management methods” at many buildings, he says, citing weak passwords as one example, particularly for what might be considered relatively unimportant devices whose vulnerability to hackers might be overlooked.

“It has been my experience that operators do not tend to think of these smart devices—your coffee maker, for example—in the same way that they would think of a server or desktop computer,” Mr. Cirillo says. “As such, they will often neglect to change a factory default password, or if they do change it, they will often assign poor passwords and/or assign all devices the same password to keep it simple.”

Systems that are clearly essential also often aren’t well protected, he says, and so are easy prey for a hacker who has broken into a network. For instance, a hacker using the guest Wi-Fi in a shopping mall could find a building-management system on the same network, and “if that building-management system is using a factory default password, you could Google the password and you could sit in a mall food court and take over the air conditioning or the lighting,” he says.

Cybersecurity experts cite what they call network segmentation as crucial to keeping hackers from running amok once they’ve gained access to a computer network. Segmentation simply means building barriers into a network so that someone who has access to one system can’t easily gain access to other systems on the network.

“We logically segment every system, so in other words that if you are the air-conditioning vendor you can log into the air conditioner using our privileged access-management system, but you’re not able to route to, say, the lighting system, or the overall building-management system,” says Mr. Cirillo.

“The challenge is that putting that kind of network segmentation in place requires hiring skilled network engineers, and it requires time and effort,” he says.

Requiring multifactor authentication for anyone to access any part of the network is another basic step that goes a long way toward thwarting attacks and keeping them from spreading, the experts say.

But, of course, even with the most conscientious controls in place, no system is invulnerable. A breach is always possible “because the human-being side of it is one of the hardest to monitor,” says Mr. Lund, pointing to the risks from phishing emails, stolen user credentials and uncancelled login access for departed employees.