Despite the fantasy, these castles are a labour of love. 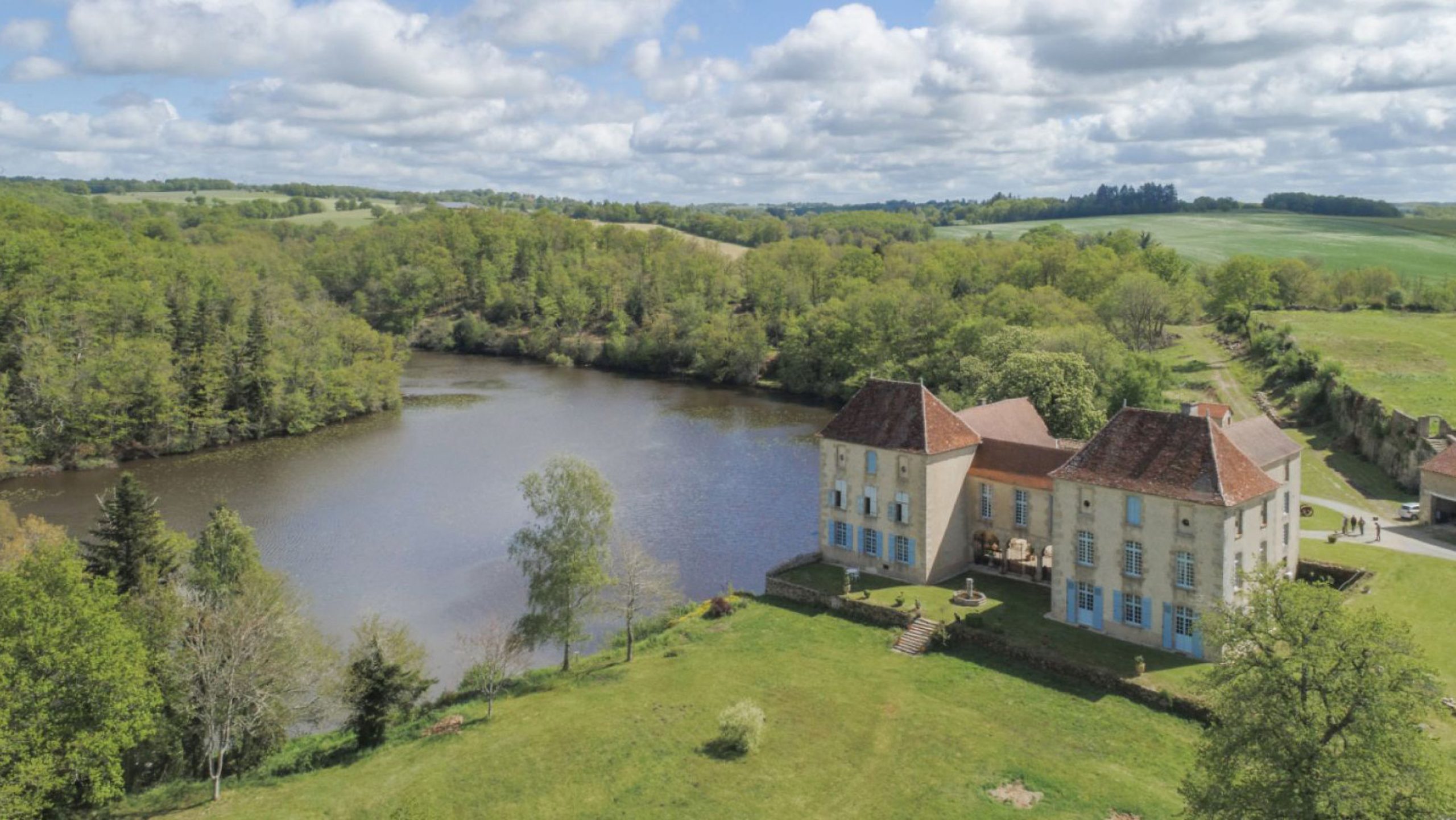 Karen Horne and her husband, Paul, first saw Chateau La Perrière in a newspaper ad. The Hornes, who call the U.K. home but were married in France, decided to tour the property on their next trip.

“We really only went over to France to look at this property because we were intrigued,” Ms. Horne recalls of their 2004 trip. “We had absolutely no intention of buying a chateau.”

They spent more than six hours at the chateau that day and put in an offer soon after.

“We were very surprised about what you could get for your money,” Ms. Horne said.

In France you can find castles for less than the cost of an apartment. Last year, most of the chateaus sold by French real estate agency Le Nail went for between €300,000 and 1.2 million ($479,000 and $1.92 million). Compare that to the average price of a 75sqm apartment in Paris, which is nearly $1.3 million.

Why these properties are so seemingly cheap is obvious to the French: The castles are a money-suck. They demand constant repairs. The lower-priced ones are often located in isolated areas, far from the nearest train station or grocery store. They consume massive amounts of energy. And despite renovations, a chateau may still never appreciate in price, experts said.

Few of the French want a chateau. Their lack of interest is made up for by eager expats, some of whom decide to buy without realizing the pitfalls.

The luxury real estate agency Barnes told the French newspaper The Figaro that foreigners make up 25% of their clientele—most notably English, Russians, Americans and Chinese.

The pandemic has led an increased number of people to search for chateaus, said Patrice Besse, head of a Paris-based agency that specialises in historic properties. From 2019 to 2020, sales at his agency increased by 40%. His 2021 sales have doubled from where they were at this point last year. Foreigners make up 15% of his sales.

France has an estimated 43,000 chateaus. About 800 go on the market each year, many of them for less than luxury prices. Besse said that the majority of the chateaus his agency sells go for between €800,000 and €1.2 million.

When the Hornes bought Chateau La Perrière, located in the Loire Valley an hour from Tours, it was “totally and utterly dishevelled,” she said. The facade needed repairs. The boiler needed replacing. Bedrooms had peeling wallpaper and old carpets.

“We never saw it as it was back then—we saw it as it is today,” she said. “When we look back on the pictures, we often shock ourselves and say, ‘Oh my god, we bought that?’”

In October 2019, Sunita and Andrew McDonald closed on a 40-room chateau in the Pyrenees—coming in under the asking price, at around €280,000. They were prepared to pay the same amount in renovations.

“We called it ‘The Wreck,’” Ms. McDonald said. The chateau had no electricity or running water. In some rooms, the floor had collapsed. No one had lived there for 30 years.

In March 2020, the McDonalds and their three children traveled from their home in England to the chateau, bringing along two cars, a week’s worth of clothes and some building supplies.

Two days after they arrived, with the coronavirus spreading across Europe, France went into a nationwide lockdown. The McDonalds saw no way they would be able to drive 1,000 kilometres to the North of France, where they could catch a ferry back to England before the borders closed. So they decided to “hunker down” in the chateau.

“We camped in the chateau for about a month on blow-up mattresses,” she said. “We washed our clothes in laundromats. We lived on baguettes and ham and salad and cheese for a long time, until we could get an oven installed.

“We say that we were glamping—because it is quite glamorous,” Ms. McDonald joked. “We’re camping at a chateau!”

After France began to lift restrictions in May 2020, the McDonalds started on renovations, many of which they are doing themselves, along with the help of some tradesmen. That includes a new floor, which they have now installed twice after they found wood-eating beetles following the first installation.

“If you’re buying something that really needs a lot of work, you can get it at a really good price, but you’re going to spend the same amount to get it livable again,” Ms. McDonald said.

British couple Belinda and Lee Prince wanted a property whose size wouldn’t be so big that maintenance became unmanageable. So when they bought in 2015, they opted for a smaller property: the 15th-century Chateau Mareuil, which at €525,000 included three main buildings, a barn and 40 acres. (“Small” is a relative term in the chateau world.)

“The English in particular want land, but you have to work it,” said Mr. Prince, 61. “If you’ve got 15 acres of grass, that’s a week’s worth of cutting. By the time you finish, you’ve got to start all over again.”

Cheaper chateaus might also be located in more isolated areas. From their chateau, the Princes must drive 30 minutes to the nearest home-improvement store. Plumbers and mechanics are few and far between.

That means they’ve had to become more self-reliant.

“If something’s broken and needs tinkering around with, I think Lee’s much more willing and able to have a go,” said Ms. Prince, 65. For her part, she started a vegetable and herb garden to avoid dashing out to the market as often for food.

Living in such a small area, news spreads quickly among locals when foreigners buy a chateau.

Chateau Mareuil is located in Brigueil-le-Chantre, a commune in West-Central France with a population of just over 500 people. At the local bar, Mr. Prince heard people whispering to each other: “It’s the chatelains.” The castle-dwellers.

Flashy chateau purchases can generate resentment among neighbours. It’s one of the reasons fewer young French people have been interested in chateaus. “For the French, outward signs of wealth or success are no longer a motivation,” Mr. Couturié told Le Figaro.

The Princes understood that while they were new to the town, their home had a history that went back much further. “We never wanted to be Brits living in a castle in France and not mixing with the French people,” Mr. Prince said.

When the town’s mayor reached out asking them to participate in an annual event where area residents share a meal, with a different course at various homes, the Princes offered to host the main course at their home. Nearly 150 people came to the dinner, a record-setting number. Despite living next to the chateau all those years, many of them had never been there.

“If you’re buying a chateau, it typically will be the premier property in that area, so you have to be very careful how you behave in that community,” Ms. Prince added. “It’s their heritage, it’s their building.”

The Princes have also started opening up their home in other ways—to business. While the couple initially bought Chateau Mareuil as a family home, they soon realized they would need to turn a profit to finance further renovations. They began offering holiday rentals and hosting events such as weddings.

“Unless we generated some income, we really couldn’t do anything else,” Ms. Prince said. “Just putting more money into it was ludicrous.”

Making a chateau into a profitable operation has become more and more popular with this new generation of French chatelains, Mr. Besse said.

“Ten years ago, chateaus often stayed within the family, and they could stay in the family without having to necessarily create economic activities,” he said. “Now, given that these buildings are leaving the hands of families, the new owners have less of a complex about what kinds of things you can use them for.”

But most of Mr. Besse’s foreign clients don’t fall into this category. Many want to keep their chateau private.

Like the Princes, the Hornes had bought their chateau with the hopes of keeping it a private home where they could spend their summers. But after the financial crisis of 2008, they decided to rent it out. That business dried up this year, in the wake of the pandemic, so the Hornes made another difficult decision: to sell.

“We wanted to retire and move over there,” Ms. Horne said. “But fate had other plans.”

The Hornes had little to gain financially from selling the chateau other than reducing their liabilities. Chateaus, unlike other real estate assets, rarely appreciate in value over time—so forget about making money on appreciation alone.

“Buying a chateau is never about financial interest,” Mr. Besse said. Besse knows of owners who have made major renovations on their chateaus and still lost money when they resold it.

But for the Hornes, it was never about that.

“It was always a heart decision, never a head decision,” Ms. Horne said. “We’ve got 15 years of incredible, amazing memories. You can’t put a price on that.”

She now runs an Instagram account called Dream French Properties, where she shares some of the knowledge she gained from her chateau experience to help expats who want to buy one themselves. And she says she still dreams about the chateau life, too: “A little bit of me goes, ‘Could I do it again?’”