You Can Redraw Work Boundaries This Year—and Make Them Stick

You Can Redraw Work Boundaries This Year—and Make Them Stick

The workday ballooned during the pandemic—but it’s possible to push back without jeopardising your career. 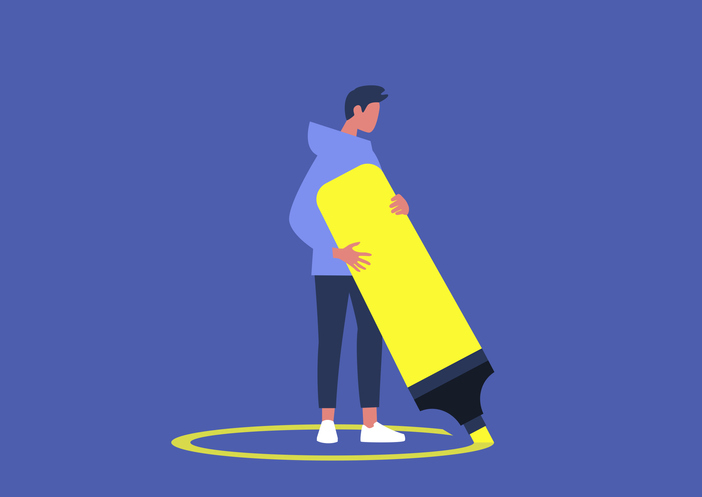 Have we forgotten how to say no?

Our boundaries have been scrambled by two years of working through a crisis, often from the same place we do everything else. Managers know we’re home. Employees want to prove themselves in a world without face time. There’s a new, unspoken contract between bosses and workers: You can work where you want, but the flexibility comes at a personal cost. You’re always on.

“The employer feels like, you’re lucky enough to be at home. You’re kind of at my beck and call,” says Ellen Ernst Kossek, a management professor at Purdue University who studies work-life boundaries, and their dissolution.

I’ve heard about it from both sides. A funeral-home manager in Georgia was surprised when his team confronted him about his frequent Saturday night text messages about sales quotas. A pharmaceutical company employee back in her Boston office was cornered in the kitchen by a colleague demanding to know why she hadn’t responded to his email yet. It was 8:30 a.m. He’d sent it at 6:30 a.m.

Returning to the office doesn’t appear to have reset the equilibrium for some people. In a way, it can be the worst of both worlds: You lost the freedom of logging on from home, but you still have the back-to-back Zooms and lunchtime meetings.

“You’ve learned to work a way that was kind of crazy,” Dr. Kossek says.

Restoring some of the walls between our jobs and our lives requires pushing back, graciously and smartly. Dr. Kossek suggests setting a timer to go off at 10 minutes before the hour to signal to your videoconference compatriots that it’s time for you to move on to something else, whether it’s cooking dinner or writing a report.

Consider whether you and a colleague can pair up and cover each other in meetings if family responsibilities, like a daycare closure or a kid’s soccer game, creep into the workday, Dr. Kossek says. And talk to your team about how fast you’re expected to respond to internal and client emails. Is the pace reasonable? If not, prep with co-workers on what better expectations would look like and broach the topic with your manager together.

“If you’re the only one, you’re going to get stigmatized,” Dr. Kossek says.

There are risks. Say no too often and you’ll miss out on big projects, alienate your colleagues or even jeopardize your career. And yet, saying yes and then missing a deadline can be just as detrimental, says Karen Shafrir Vladeck, a partner at an Austin, Texas, law firm.

Learn to read your boss and understand when something is really an emergency that necessitates cancelling your plans, or not, she says. (Of course, to some bosses, everything is an emergency.)

And perfect the art of saying no without it sounding like a no. “I’m so slammed right now, I’ll be available on Monday,” or “I’m so busy, but I know Jennifer has time to help,” Ms. Vladeck suggests. “There’s nothing worse than someone just saying no and then walking away and leaving it,” she says.

A few years ago, Christina Heath, a single parent in Lutz, Fla., started feeling burned out. Her work as a project manager felt like it was taking over her life, and also seemed oddly robotic and drained of humanity. So she started speaking up. She told her boss that she couldn’t juggle more than four projects at a time without the quality slipping. Instead of tackling after-hours emails, she’d respond that she’d get to them in the morning.

“It doesn’t feel good. It’s actually really scary,” she says of setting boundaries. But eventually it became liberating. After about six months, her colleagues stopped sending the late emails. Her project load got lighter. Yet everyone remained happy with her work, she says.

The key is to be respectful but resolute. No one will believe your boundaries if you don’t seem confident in them yourself, she says.

How to figure out where the lines should be? Max Yoder, chief executive of Lessonly, an Indianapolis company that provides employee-training software, sorts everything from business lunches to time with his daughter into five categories. The buckets range from “I’m committed,” to “I’m trying” to “I don’t care.”

“It’s a way for me to take two competing things and saying, which one do I care about more?” he says. He recently passed on a trip to San Diego for a company board meeting—Zooming in instead—so he could spend time with his parents and friends visiting from out of town. Before the pandemic, he was more likely to give priority to work over life.

Of course, it’s easier to say no and deal with the consequences when you’re more senior and have more job security. If you’re nervous you might lose out on would-be clients or irritate your boss, remember that boundaries can come with some wiggle room, says Elizabeth Knox, principal of MatchPace, a Washington, D.C.-based organizational-effectiveness firm. Check your calendar: 85% of the time, you should be sticking to your limits, like not taking calls after 6 p.m. The remainder, you compromise.

Some people are finding their pandemic habits are hard to break. Communications executive Carrie Schum spent 250 more hours on client work—an extra third—from April 2020 to April 2021, as compared with the year prior. Without her commute and evening gym routine, she found it hard to log off. Even when she returned to her D.C. office twice a week last spring, she still found herself hunkering down with writing projects and flipping through email after hours.

She tried leaving her phone in her home office starting at 6 p.m. (Self-grade on that experiment: C+.) She tried banishing her phone from the bedroom at night. (Her husband bought her a clock to use as an alarm instead; she went months without plugging it in.)

One thing finally brought some relief: She joined two soccer leagues, which have 7 p.m. games that last a few hours. Playing requires being fully present, and has helped break the hold that being on around the clock had on her.