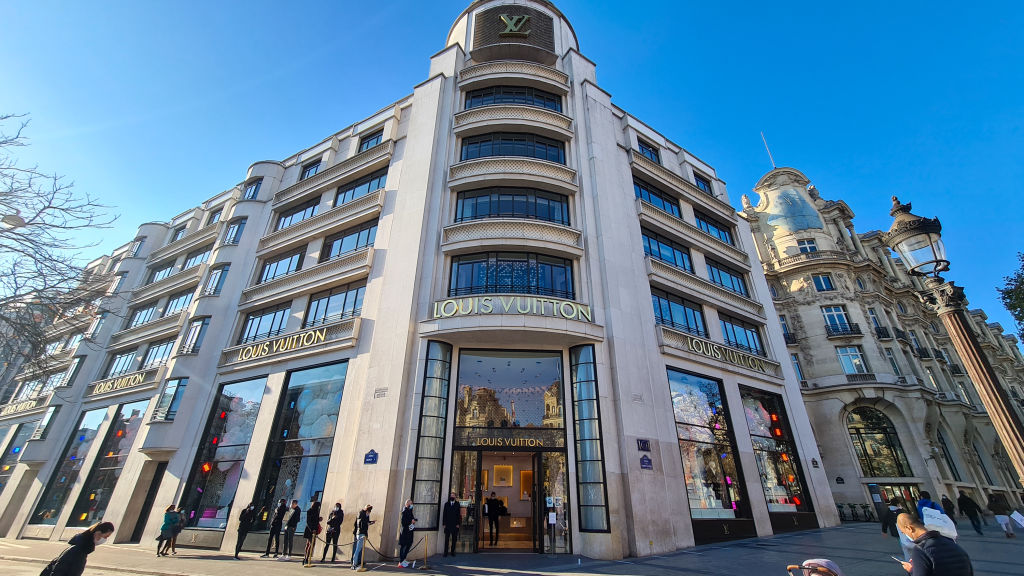 PARIS—LVMH Moët Hennessy Louis Vuitton SE said surging revenue at its biggest fashion brands, Louis Vuitton and Dior, propped up the luxury-goods company’s results during the fourth quarter, offsetting other businesses such as Champagne that have fizzled during the pandemic.

The Paris-based conglomerate on Tuesday said revenue in the quarter fell 3% to €14.3 billion ($22.4 billion). Sales at its fashion and leather-goods division—where Louis Vuitton and Dior account for most of the revenue—rose 18%. Revenue for all of 2020 fell 17% to €44.7 billion. Net profit for the entire year was down 34% at €4.7 billion.

The results show how some of the marquee brands of luxury fashion have gained market share during the pandemic. Louis Vuitton, the world’s top-selling luxury brand, Dior and Hermès have posted strong sales growth since boutiques were allowed to reopen after lockdowns in March and April. Smaller brands—both inside and outside LVMH—have lagged behind.

Drawn by the performance of Dior and Louis Vuitton, investors have sent LVMH’s shares to near record highs, brushing aside concerns about the future of the luxury business during and after the pandemic. The company’s market capitalization is now €260 billion, solidifying the place of Bernard Arnault, LVMH’s chief executive and controlling shareholder, among the ranks of the world’s wealthiest people.

Jean Jacques Guiony, LVMH’s chief financial officer, said Louis Vuitton and Dior had a strong pipeline of new products that they continued to roll out despite the lockdowns. The brands also maintained fashion shows in reduced formats and continued digital-marketing efforts when others were forced to pull back drastically. Dior, for example, held a closed-door fashion show for its cruise collection in Lecce, Italy, in July, while rival brands pushed the unveiling of new collections until later in the year.

“We did it when nobody else was talking,” Mr Guiony said. “It was really Dior and Vuitton taking the bulk of the customers’ attention.”

Mr. Guiony said that Fendi and Celine—two of LVMH’s midsize fashion brands—also gathered momentum toward the end of the year. Marc Jacobs managed to turn a profit in 2020 for the first time in years, Mr Guiony said, though that came after a wave of layoffs at the American brand.

LVMH’s performance also benefited from strong consumption of Hennessy, the world’s top-selling cognac brand. Sales in the U.S. surged, LVMH said, bolstered by large government stimulus payments to consumers. Global cognac volumes were down only 4% for the year and rebounded in the second half, the company said.

That helped offset the poor performance of LVMH’s Champagne division, which includes brands such as Veuve Clicquot and Dom Pérignon. With weddings and birthday parties cancelled because of social-distancing rules, consumers had little reason to sip a glass of bubbly, pushing down Champagne sales by 19% for the year.

LVMH just completed its purchase of the American jeweller Tiffany & Co. at the start of this year, after the pandemic nearly cancelled the $15.8 billion deal. Mr Arnault pulled the plug on the merger in September before deciding to see it through after Tiffany agreed to a small discount.

The acquisition could be riding a tailwind: Jewellery sales in the final months of last year were one of the bright spots in the global luxury business, Mr Guiony said.